The guitarist and frontman in Southern-rock kings Blackberry Smoke shares his songwriting advice. 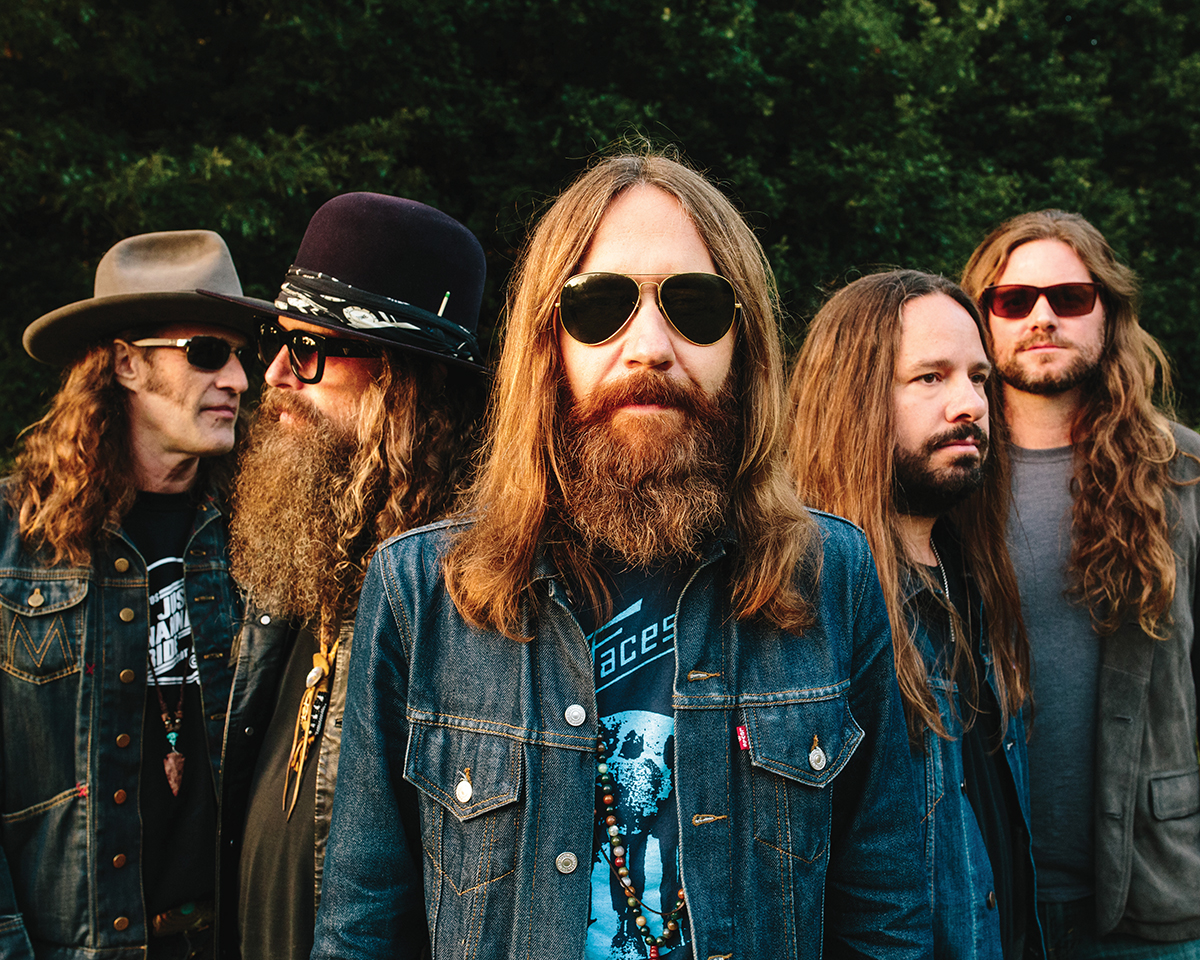 1. Write in different keys and tempos

“This will help you avoid becoming too repetitious or redundant. Using different tunings or a capo is a good idea.

Generally, because I’m going to be the one singing the song, I’ll find what key is comfortable in my vocal range, but there’s a little bit to play with there, too. Sometimes, it’ll come down to a specific choice – I want this song to be fast, or I want it to be slow, or waltz time, or heavy or laid back. I’ve always been a big believer in our band making records that have a lot of variety.

I use standard tuning a lot, but also open G, drop D, open D… there’s a song on the new album that’s in C sharp, which is nice and sludgy like Sabbath.

I don’t know if I’ve ever written in anything other than 4/4 and 3/4 – there are little twists and turns and musical interludes in some of the arragnements, but I’ve always been fascinated by bands like Yes and Pink Floyd who really push the envelope with time signatures.”

2. Try not to plagiarise

“I can’t tell you how many times I’ve played something to someone in the band, or my wife or a friend or whoever, and they’ll say, ‘That’s The Kinks, Apeman’, and I’m like, ‘Shit, ah well!’.

Sometimes it’s involuntary, you kind of spit out something that you’ve absorbed over the years musically. In 2016, though, there are few chord progressions on any instrument that haven’t been played yet; but try to find something different that’s phrased in a different way, musically or lyrically.

Phrasing and nuance on the guitar, and lyrically, are important. As a band, we’re all influenced by so many different kinds of music – most people our age are. We just try to play and write what feels comfortable and feels inspired.”

3. Pay attention, and be ready for inspiration

“Inspiration is all around, so pay attention. Whether it’s something you see happen to someone, an interesting person and something they say, or a tune on the radio, it can be anything and can strike anywhere.

If you ever get the chance to spend some time in the deep South, hearing people speak – especially older people – they say some pretty inspiring things. It’s an inspiring culture, and all of the music we love is native to the South – blues, hillbilly, gospel and even jazz.
It’s everywhere, and that’s true in any culture – there are things that can provide you with inspiration all around us.”

4. Don’t try to cram too many ideas into one song

“I think this is true musically and lyrically. I mentioned Yes earlier, and they were able to do that successfully, but in the type of music we make, it’s best to be economical with the idea because you can clutter a song up with too many ideas – musically or lyrically.

A songwriter friend of mine I knew at High School gave me that advice specifically. He said, pretty much, keep it simple and write what you know, and I think that’s good advice.
I do a lot of editing before a song is complete, and try to be a good editor of myself. A lot of times that kind of thing will happen when you start to record a song.

You’ll say, ‘We don’t need this change here, or this part’ or the opposite: ‘We need another turnaround here’ or, ‘We need something to happen, it feels as if it’s a little empty’. Those things usually work themselves out.”

5. Learn how to sing

“It may sound like silly advice, but I think it’s very important – if you’re going to write songs, you’re going to have to sing them. Because if you don’t, you’re not writing a song, you’re just writing lyrics.

Learning to sing will make your writing more melodic, and I think it’s necessary. It’s a two-piece puzzle and lyrics and melody are the two pieces. If you just want to be a guitar player don’t worry about it, but if you want to be a songwriter you’ve gotta sing ’em.
I was really bashful about singing until I was in my early 20s, and always wanted to hire a singer because I didn’t feel comfortable. Then I found out lead singers are all insane, so I thought, ‘I’m going to do this myself, because I’m not insane!’. All of us guitar players are perfectly sane…

I wound up in a covers band and we had gigs to play in the local bars, and our lead singer quit at the last minute before a gig and took off with some girl, so I thought, ‘Alright, I’m going to have to sing tonight’.

I did it, and had a few drinks, which made it easier, and then I thought, ‘This is better – and I don’t have to pay another person!’. That’s how it all started for me.”

“I read years ago that Tom Waits said whatever your main instrument is, get off that instrument from time to time and pick up something else.

Most musicians can make a tune on anything; and if you’re a musician you can pick up another instrument and figure out how to play something. Tom Waits said that on your main instrument you become like a dog and your hands go to familiar places every time.
It becomes second nature and you think, ‘Oh here I go, I’m going to play this thing that I always do’. That’s him playing the piano when he was younger. He said, ‘I want to find a different voice’. I’ve found that to be true, too. 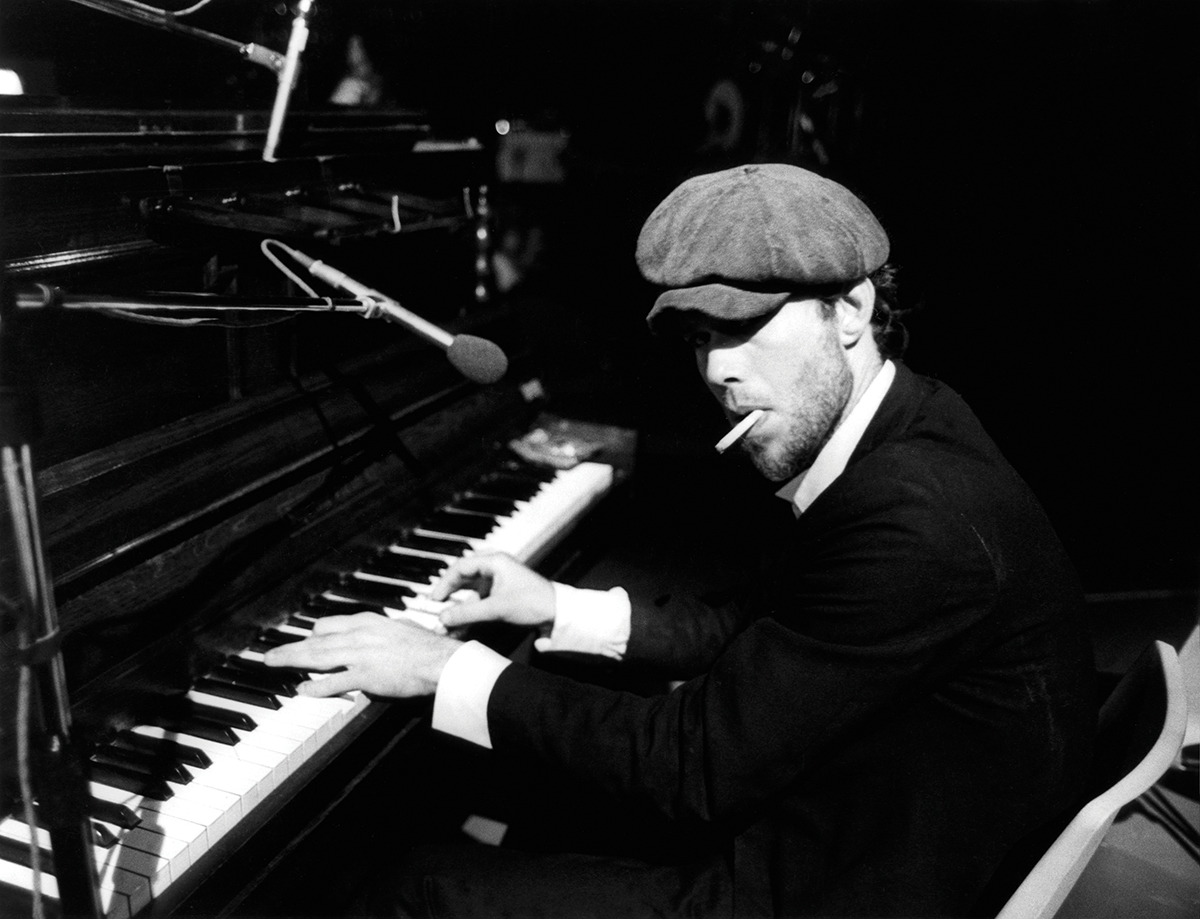 I’ve written songs on the banjo, the mandolin and the piano and I’m not especially good at any of those, but it’s fun to try to find a new tune on something different.”

7. Be prepared for criticism

“I know it’s easier said than done, but someone, somewhere down the line is going to tell you your songs suck, and you need to be prepared to hear that.

I don’t think you can really prepare for it as such, you just have to hope your skin is thick enough when it comes. Every producer we’ve had has said no to at least one song for each record, and you have to say, ‘Okay’.

I can definitely look at some songs as they’re being written and stop because it’s not good, and I’m headed down the wrong path and it’s not worth the time. But it’s tough when you feel passionate about a song and someone says they don’t like it.

8. Think about the other instruments

“As a guitar player, if you write a song and you plan for it to be played by an ensemble, think about every instrument and what they will be doing, because sometimes that can dictate what the guitar will do – some instruments will marry themselves to one another sonically.

Sometimes, you can create your own magic that way and think, ‘Okay, I want the second guitarist to do this, and the bass to do this and the drums to do this…’. It also helps people listen to the other guys in the band, rather than just thinking, ‘I’m playing my guitar and really that’s all I’m listening to’.

At this point, after we’ve played together for so long, you start to hear in your head what the people in your band might play anyway, and it becomes sort of like a telepathy.

I know that sounds corny, but it’s true – I will have that in mind already: ‘This guy plays like this, so he’ll probably do something like this’, and that’s always open to interpretation because everyone plays their instrument differently.

But those magical little moments that happen in two-guitar bands on those records we love, like Toys In The Attic, or Highway To Hell, the interplay between people, that’s the magic for me – not just the one guy, but the whole ensemble.”

“This is much easier these days, as everybody’s phone is essentially a recording device.

I can’t tell you how many ideas I’ve had as I’m about to go to sleep and thought, ‘I need to jot down or record it because I’m going to forget it’, and then I think, ‘No I won’t forget it’, and sure as hell I forget every time, so it’s a good idea to be ready to document your ideas in any way possible, because you never know when they’ll strike.

I’m not especially prolific, I write enough songs for us to make an album every year with a few left over, but I don’t have a stockpile of 200.

I don’t write for exercise, I only write when I’m inspired because if you write when you’re not inspired, you’ll write an uninspired song. I use Garageband and make complete demos that I present to the band, but it’s different for everybody.” 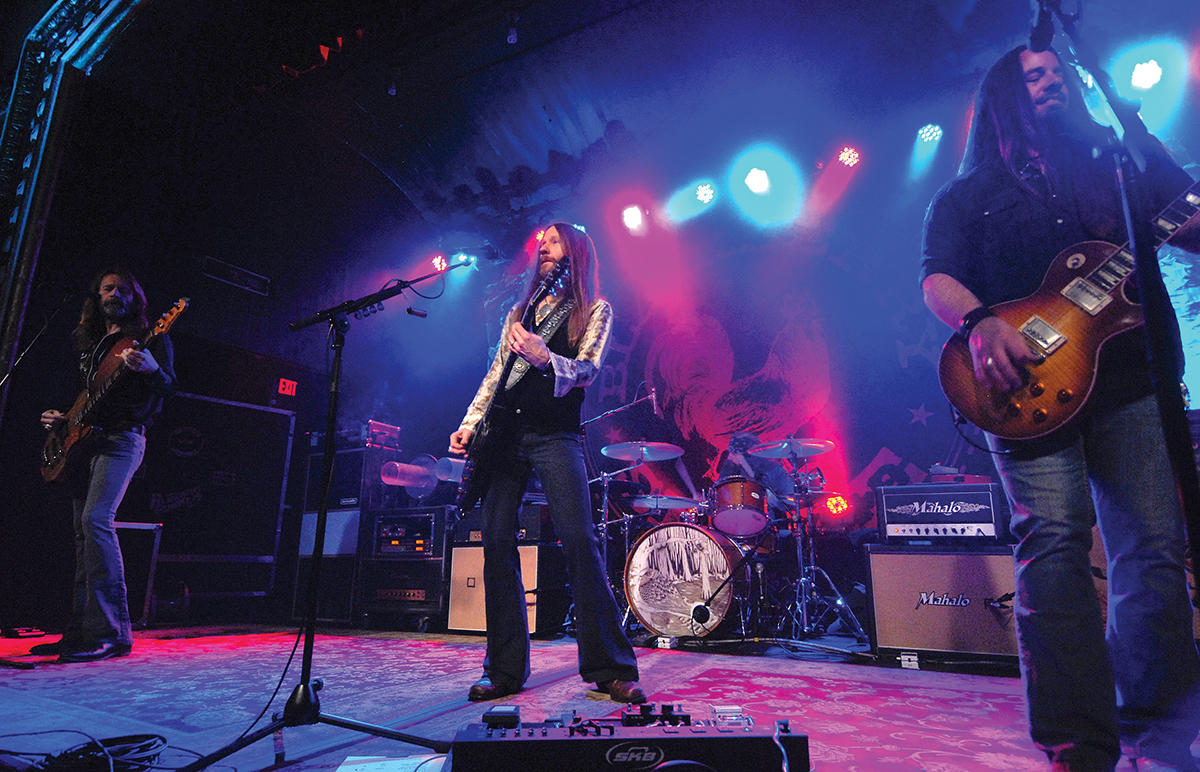 10. When you write a song, be prepared to play it for the rest of your life

“If you decide to write a goofy song about a tailgate or a tractor, or whatever, if you think that it might become a hit because that’s what’s popular right now, just remind yourself: ‘If it does become a hit, I’ve got to sing it for the rest of my life’.

If there’s a song of yours that people really want to hear, that will help to keep it fresh, because the fact that it makes people happy is what keeps it interesting. If people didn’t give a shit about a song and you had to play it for the next 16 years to people who don’t care it would probably start to get tough.

But if you’re playing a song every night and seeing people sing along and smile, that’s where the energy comes from. But don’t dumb a song down because you think it could be popular, because that’s cheating people.”

Blackberry Smoke are on tour in the UK from 27 March to 8 April. Their album, Like An Arrow, is out now.