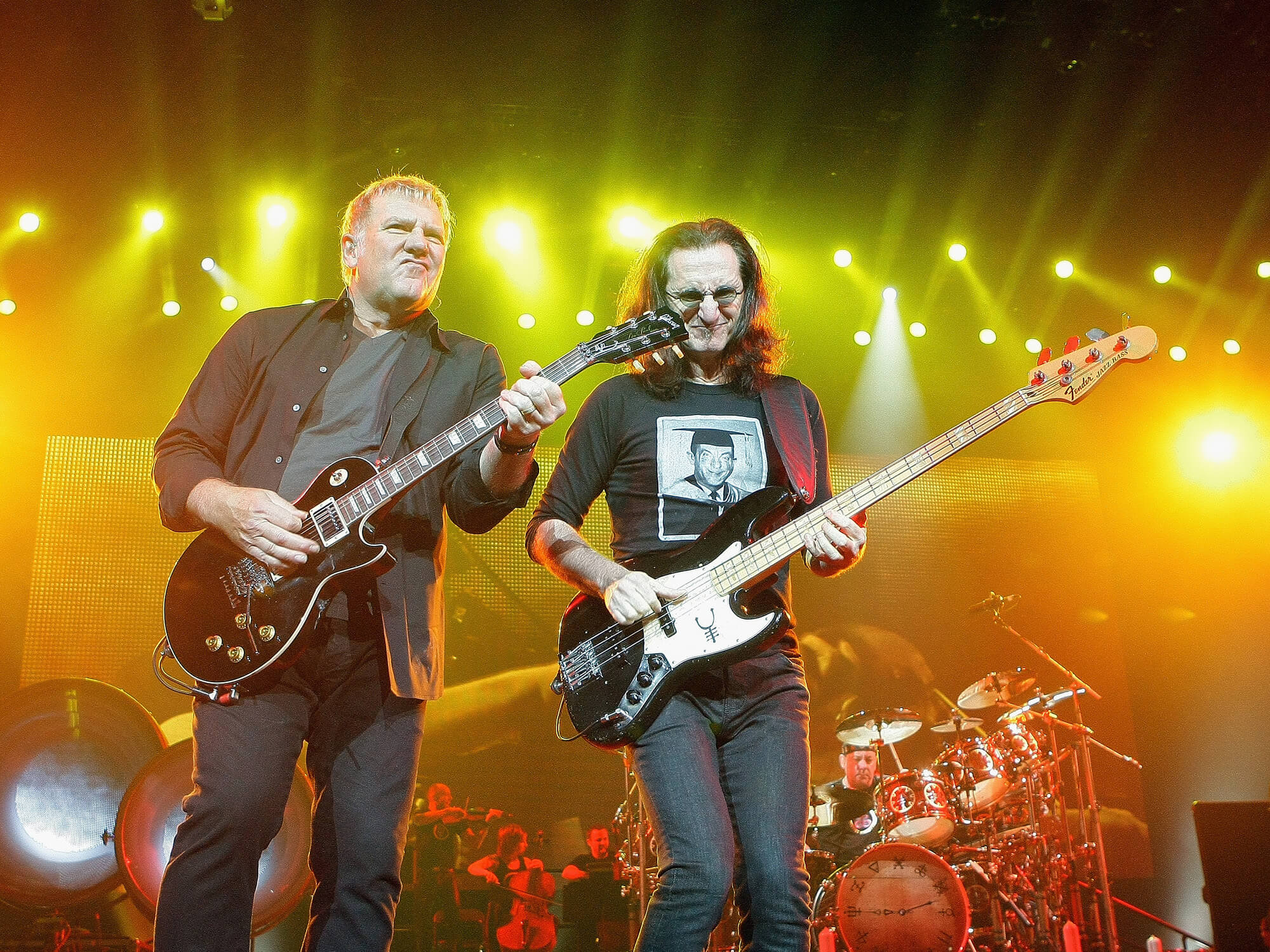 7 Rush gear facts that only superfans will know

Rush superfans are notoriously intent on knowing all there is to know about the band and its history. Here are seven gear-related facts you might not know unless you’re one of them.

Alex Lifeson and Geddy Lee began their musical careers on a Canora guitar and bass, respectively, painted to look like the instruments used in Cream. Lifeson’s Canora guitar was a student-level hollowbody, and formed a solid foundation that would later allow the guitarist to smoothly transition to the Gibson ES-335s he would play throughout his career. Canora was a somewhat obscure brand sold almost exclusively in Canada. Lifeson’s original Canora was recently restored by Garren Dakessian of Loucin Guitars. Lee doesn’t know the whereabouts of his Canora bass – if you have a psychedelically painted four-string in your attic, you may be sitting on a lot of money. 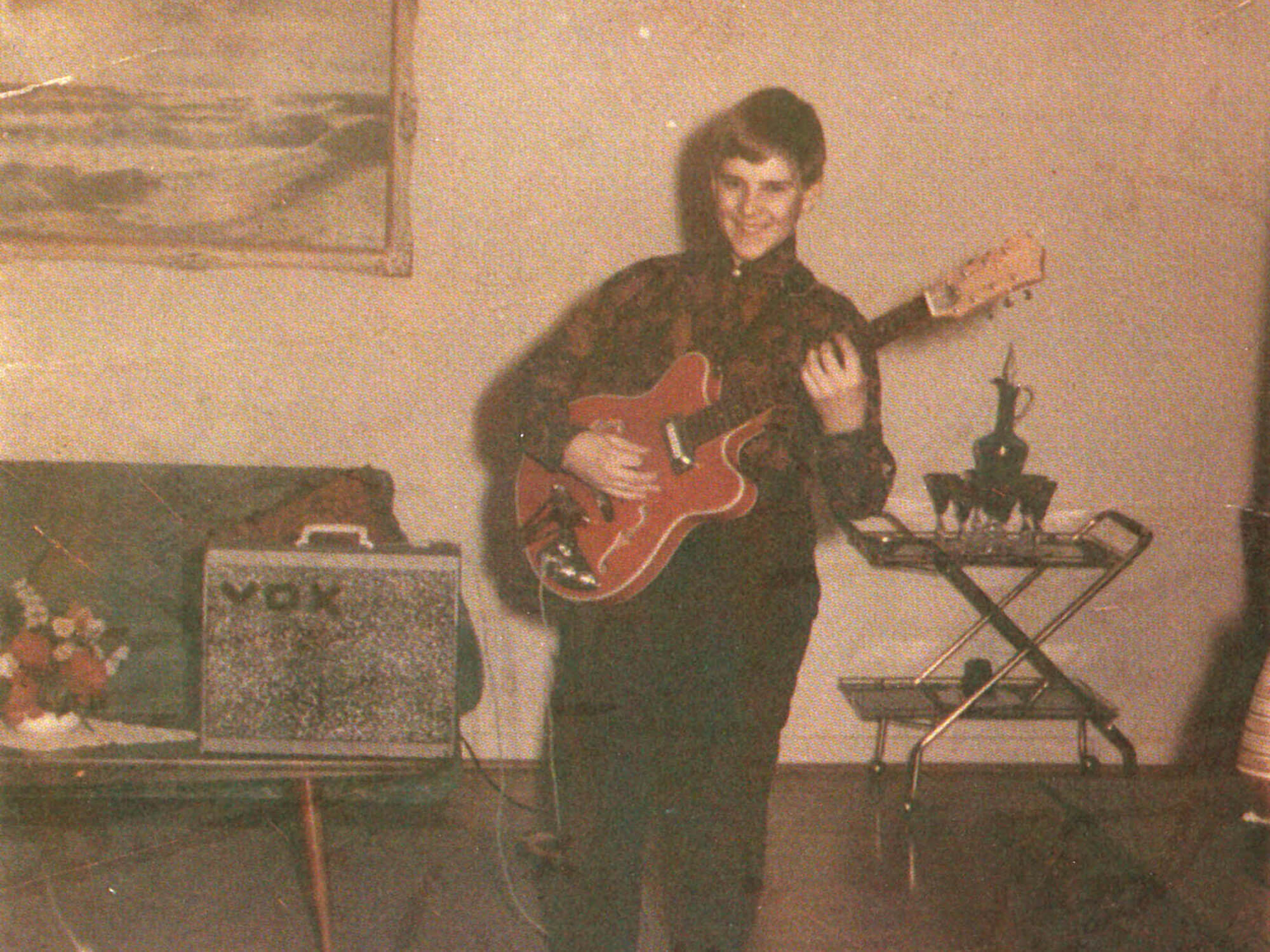 “Neal saw [the Floyd Rose system] and wanted one put on his Les Paul, and he gave me [a Les Paul] that he said he’d never liked the sound of,” said Rose. “I brought it back to him [with a Floyd Rose installed] and it became one of his favorites as I’d taken so much wood out of it the sound had changed.”

Schon has occasionally voiced his disapproval of Gibson for lending his ideas to Lifeson’s Axcess Les Paul line. Nevertheless, Lifeson did own an early Floyd Rose, but the first time it appeared on one of his guitars, he installed it himself, on a Stratocaster, which was his backup at the time, in the late 1970s.

“I remember routing it and installing that thing when we were on tour in England at the time,” Lifeson told us. “I think there are photos floating around with me actually working in the dressing room, putting that guitar together.”

Dryers in the Limelight

Geddy Lee did not use amps on stage during the Vapor Trails Tour in 2002. Instead, the bassist used a Tech 21 SansAmp RBI Preamplifier, an Avalon U5 DI Direct Box, and a Trace-Elliot Quatra Valve Poweramplifier – all of which sounded fantastic but didn’t do much to impress on stage. The absence of amps on Lee’s side of the stage had to be remedied to add some semblance of visual balance to the show. His solution? Washing machines.

Lee placed washing machines on stage, with the items within changing from show to show. The techs would even mic up the appliances as a joke. The washing machines also contained T-shirts that were thrown into the audience towards the end of the show. The appliances are said to have been operated with Canadian quarters only. Throughout the show, technicians, celebrities and fans would come out and add more quarters to keep the machines spinning.

During the Snakes & Arrows Tour, Alex Lifeson had his pedalboard lined with Barbie dolls dressed as groupies and holding post-it notes decorated with quotes from the band’s crew. The notes read things like, “Freebird!”, “I thought ZZ Top had beards”, “Bass player’s cute!”, “Is that his real nose?”, “I like the drummer”, and “I was conceived while my dad was at a Rush concert”. Lifeson also decorated his amps with dinosaur figurines.

Geddy Lee’s Teardrop Bass was not a custom instrument. It was originally a Fender Precision. The body and headstock were cut down and a Jazz pickup added. Lee has stated, however, that the modifications ruined the sound. The bass is a legendary piece of Rush gear lore.

Geddy Lee was meant to be in an episode of the Adult Swim cartoon Aqua Teen Hunger Force, along with Zakk Wylde. The guitarist did lend his voice to the episode but Lee couldn’t (or wouldn’t) participate. Instead, the Rush man’s iconic voice was parodied by one of the show’s voice actors, Matt Maiellaro. Rush drummer Neil Peart would later lend his vocals to an episode of the show.

In 2006, Lee and Alex Lifeson also appeared in a film, and in another band together. Assembled for Trailer Park Boys: The Movie, the all-Canadian supergroup comprised Lee and Lifeson, as well as Big Wreck’s Ian Thornley, Three Days Grace’s Adam Gontier, Die Mannequin’s Care Failure, and The Tea Party drummer Jeff Burrows. They recorded one song, a cover of The Clash’s I Fought the Law, and performed live only once, at the film’s premier.

A farewell to kings

Alex Lifeson auctioned off many of his guitars and memorabilia in May 2022, with the profits donated to various charities. The biggest sale was “Whitey”, his 1976 Gibson ES-355TD Custom, which sold for $384,000. It had served as Lifeson’s main guitar from 1976 until 2015. Other guitars sold include the 1976 Gibson Dove acoustic used on Closer to the Heart, and several Les Pauls, including the 1970 Custom used on 2112.