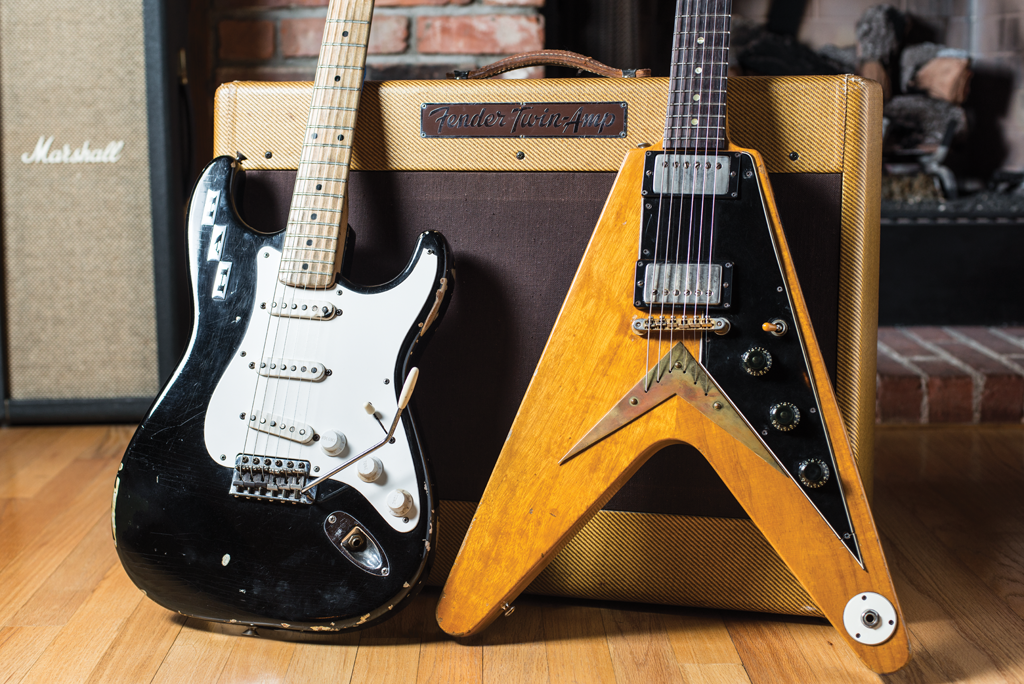 Joe Bonamassa recently talked us through the guitars on his 2016 album, Blues Of Desperation.

Driving away from Joe Bonamassa’s home in the Hollywood Hills down towards the flickering lights of Los Angeles, we wonder if we’ve ever seen so many incredible vintage guitars in a single location. Given that what was supposed to be a 90-minute interview slot ended up lasting over four and a half hours, it’s clear that Joe enjoys showing people the highlights of his collection. And even though we were supposed to be sticking to the instruments that were used on his new album, the blues star couldn’t resist letting us take a look at a few very special guitars with considerable history. 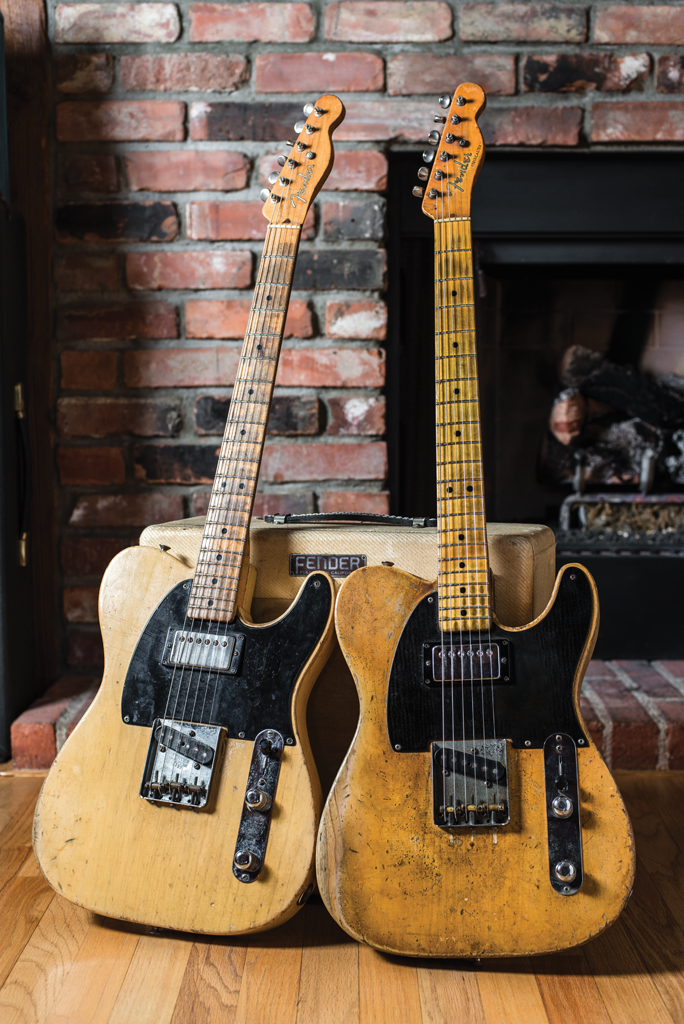 “I bought Terry’s guitar last August,” Bonamassa says of the heavily road-worn 1952 Telecaster owned previously by Terry Reid, the under-appreciated British rock singer and guitarist who turned down offers to front both Jimmy Page’s New Yardbirds and, later, Deep Purple. “He bought it in 1968 when he was on tour with Cream, and the front pickup died. When they played Madison Square Garden with Cream, he brought it to [legendary NYC musical instrument store] Manny’s and they put a new Gibson Patent Number humbucker in it.

“I’m a big Terry fan. There’s some great footage of the guitar at Glastonbury in 1971 on YouTube. When you see the footage of it, this thing was trashed in ’71. Terry had the neck refinished in the eighties, but I had it refretted.”

We wonder whether Joe can remember when he was first bitten by the serious guitar collector’s bug. “I’ve always been serious about it,” he admits. “I was dormant for a while, though, and actually sold a bunch of stuff that I was holding from the 1990s in 2006. I saw a ’64 ES-335 priced at $28,000 and dealers willing to pay $22-23,000 for it, and I’m like, sure! A dealer friend of mine paid me $18,500 for a ’65 Strat in sunburst! So I sold a bunch of it and was very dormant through the height [of the economic crisis]. When the crash hit, ultimately my fortunes went up and I started to buy again.” 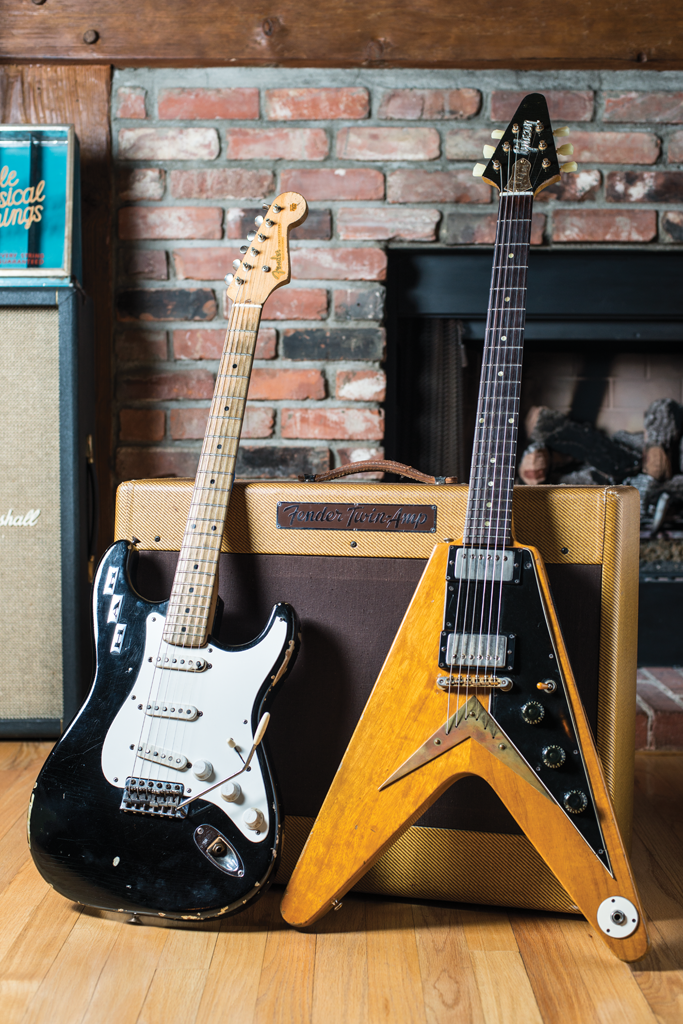 One of the rarest – and coolest – Fenders in Bonamassa’s collection is the black 1955 Stratocaster formerly owned by Howard Reed, the guitarist who replaced Cliff Gallup in Gene Vincent & His Blue Caps. Back in 1988, an 11-year-old Joe had a poster of this very guitar on his bedroom wall, and now he owns it.

Proof that patience and hard work pays off, but was it the first ever black Stratocaster? “Well there’s the Jimmy Bryant one, which nobody has seen for a while and that’s supposedly a ’54, but it’s either the first or the second. My guess is probably the second. There’s photos of Howard playing this guitar in ’56 or ’57. Fender is doing a run of these, they’re doing 100 of these. Replicating the mailbox letters has been the biggest problem.” 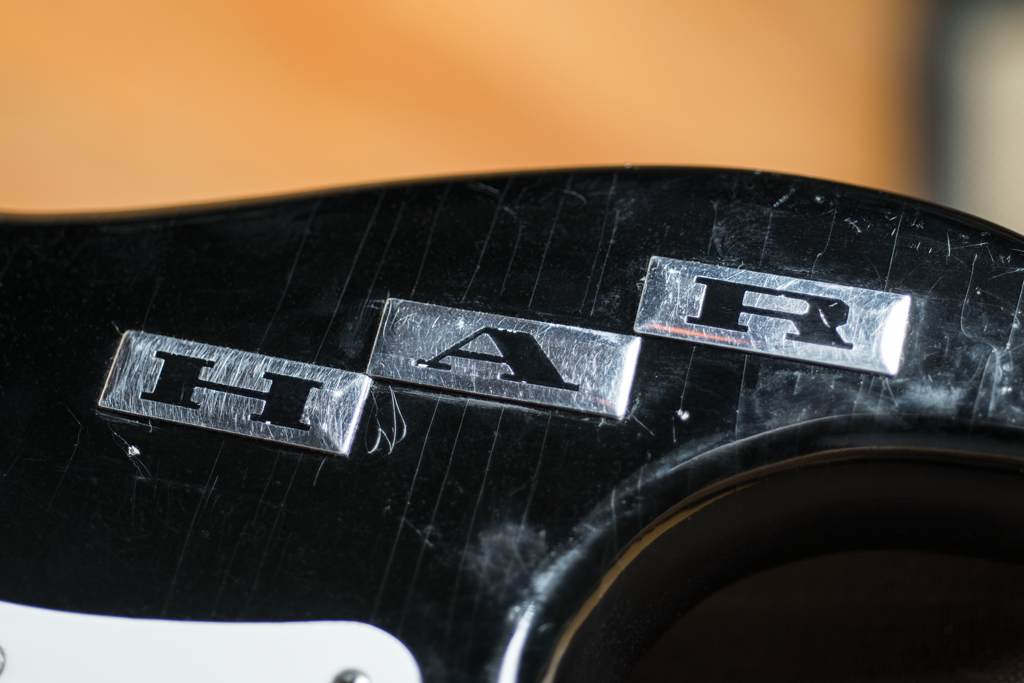 The Howard Reed Stratocaster is set to be replicated by Fender for a limited run. The mailbox letters were hardest to recreate!

The most surprising fact about the Howard Reed Strat is its weight, as Joe confirms: “8lb 11oz – super-heavy! [The idea that all vintage Fenders are light] is a myth. Ash is ash!”

Last but by no means least in this trio of legendary instruments is Amos, the korina 1958 Flying V. Given that only 98 of these instruments are documented to have left Gibson’s Kalamazoo factory in 1958, we’re already right at the top of the tree when it comes to collectible guitars, but there’s a twist – only 10 are thought to have been manufactured with a black pickguard. 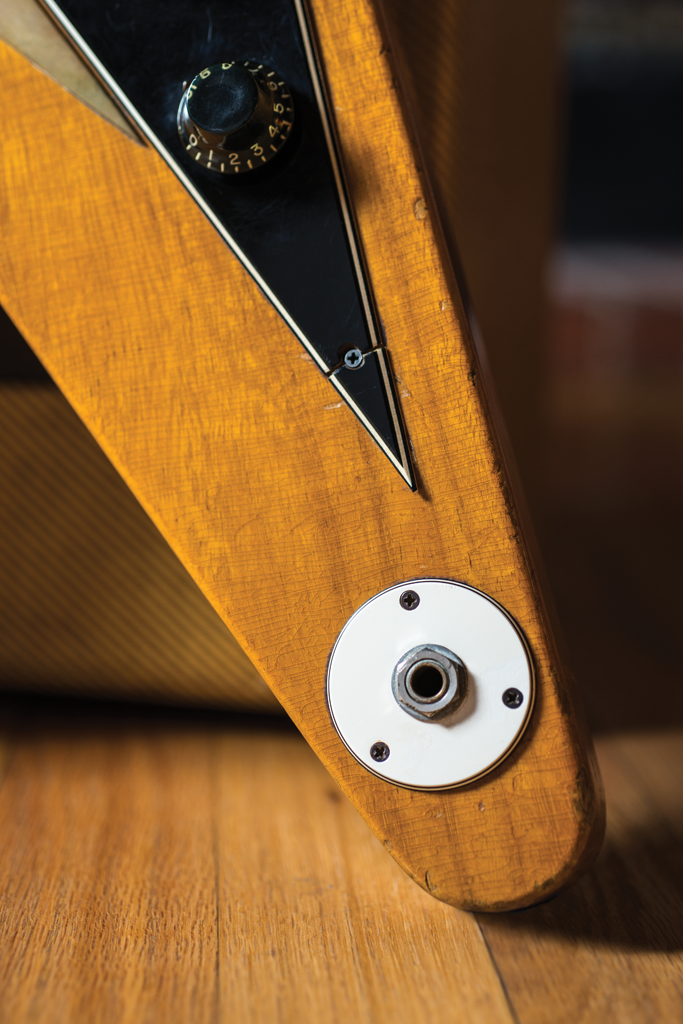 First sold in 1959 by Amos Arthur of famous family-owned music store Arthur’s Music in Indianapolis, Indiana, the guitar dropped off the map for 17 or so years and was then purchased in the mid-70s by Joe’s friend Norman Harris of Norman’s Rare Guitars. Harris held onto it for four decades, during which the guitar was photographed for numerous books – and in 1984 even featured in This Is Spinal Tap. 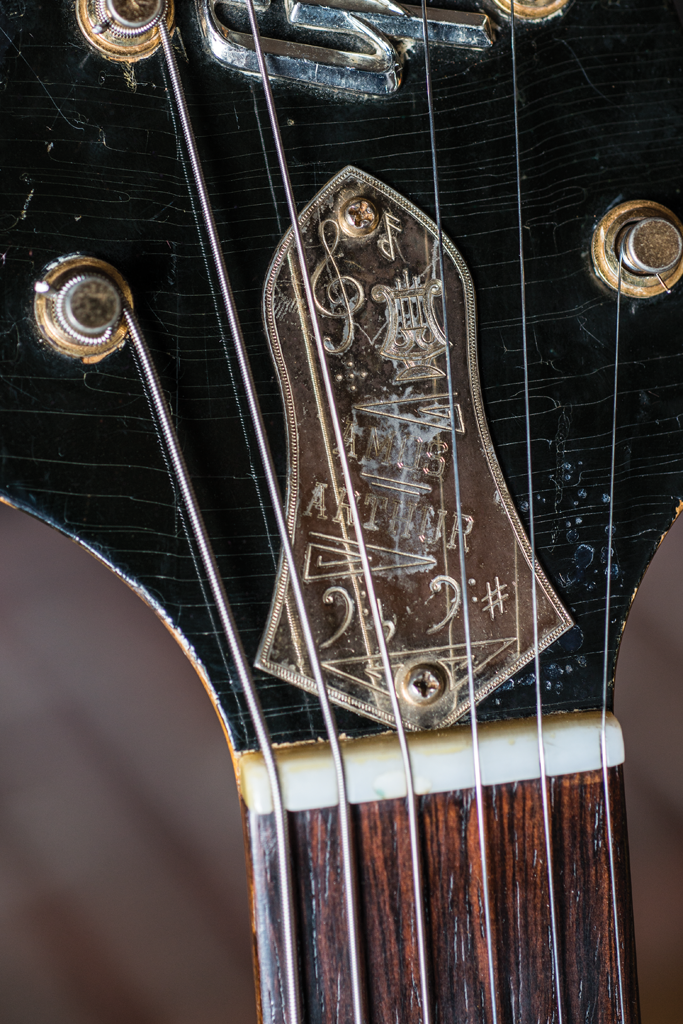 But how, we ask, does such a cool and iconic instrument sound when you plug it in? “Awesome, especially with real frets,” Joe replies.

With the Reed Strat and Flying V leaning up against a ’54 Twin for photography purposes – and one famous blues guitarist and a magazine editor hovering just out of shot wearing expressions of grave concern – we return to the subject of Bonamassa’s current live rig, which consists of a pair of tweed Twins and a pair of tweed Bassmans.

“All the stage amps have Celestion speakers,” says Joe. “There are 80-watt Celestions in the Twins. I get about 40 shows a year out of them and we have to switch them. In the Bassmans, we use 60-watt Celestions and then there’s a Jensen in the upper-right on both of them because the Celestions won’t clear the transformer. Even live, only the Twins are mic’d, but the Bassmans give you this sympathetic distortion. The Twins would be too clean on their own. The Bassmans grind a little bit more and make the whole soup a little squishy.

“We put the rig together on a Sunday and Tour Supply wasn’t open, so we ran out of splitter boxes. For the final split point, I said, ‘well I’ve got this TC Electronic thing’ [a Stereo Chorus – Ed], and we put it on and it was the happiest accident. When you put it on subtly it tightens up the bottom a little bit, it shears some of the bass off, and it’s the secret weapon, but it’s so painfully simple…”

Joe Bonamassa’s new album, Blues Of Desperation, is out now on Provogue. See www.jbonamassa.com for tour dates and the latest news.