We visit blues-rock star Joe Bonamassa at his California home to see the guitars that made his 12th studio solo album, Blues Of Desperation, take flight… 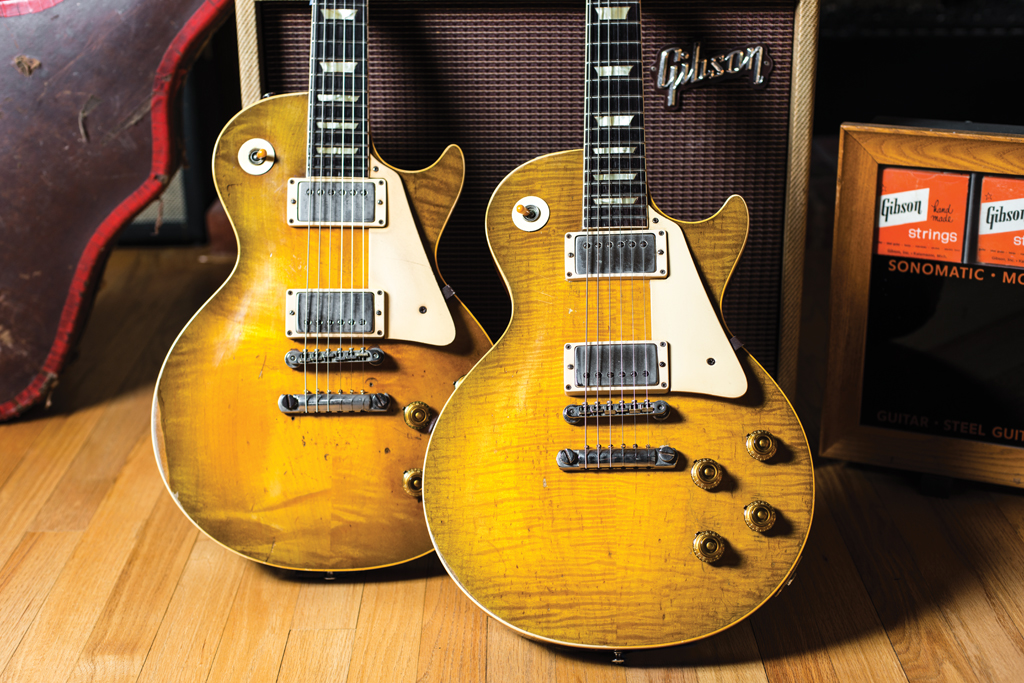 Practice, practice, practice. That, so the old joke goes, is the way you get to Carnegie Hall. Yet after a pair of sold-out acoustic performances at the legendary Midtown Manhattan concert venue in January, the biggest challenge for Joe Bonamassa was getting back.

22-24 January 2016 saw a huge storm dump record-breaking levels of snow on the eastern US. With a New York City travel ban in place and tens of thousands of flight cancellations, in order to return to the West Coast, Bonamassa had to apply some creative thinking and drive to Boston before flying home from there.

48 hours later, in considerably sunnier conditions, it’s with more than a little relief that we wind our way up his driveway in the Hollywood Hills – complete with neon, Vegas-style ‘Welcome To Fabulous Nerdville’ sign – safe in the knowledge that the guitarist is behind the front door. 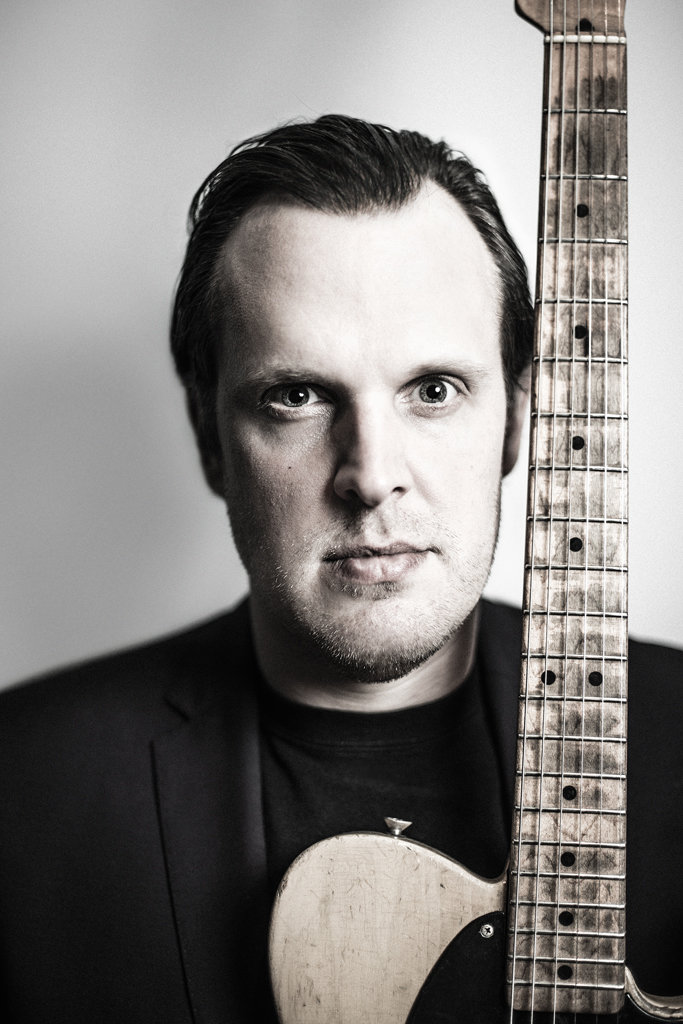 Described by Bonamassa as “more of a house now than it ever was,” the property was formerly owned by both songwriter/producer Oliver Leiber and Buckcherry’s Keith Nelson and was the scene of Rod Stewart album sessions during Leiber’s tenure. These days, it’s home to one of the finest guitar collections on the face of the earth. As we lose ourselves in a view that stretches all the way to Downtown Los Angeles and the ocean beyond, our host is on the telephone closing yet another deal for a rare vintage piece. Today, it’s a 1959 DeArmond R5T amplifier.

Of course, this isn’t just a social visit, and the business at hand is to discuss and photograph the instruments that Bonamassa used on his latest studio long-player, Blues Of Desperation. Recorded with two drummers at Grand Victor Sound (the former RCA Studio A) in Nashville – a decision designed by producer and long-time collaborator Kevin Shirley to “put the cat amongst the pigeons” and push Joe out of his comfort zone – the album also represents another first for the star: there are no Marshalls on it.

“It’s weird because I’ve been a Marshall guy for most of my career,” Joe acknowledges, “but there wasn’t the right song.” Instead, most of Blues Of Desperation features his much-talked-about, all-vintage tweed Fender stage rig, which comprises a pair of high-power ’59 Twins and a pair of Bassmans.

“It’s the loudest rig I’ve ever used,” he enthuses. “It’s even louder than the Marshalls and the Dumbles. It will shake the ground. So much so, there was plaster coming off in the studio; every day, there’d be like a layer of dust on top of the amps. One Twin is really the only thing mic’d, but having it all in the room and a couple of room mics just created this cacophony.”

So much for the whole theory about small amps being better for recording, then? “Most of my albums have been recorded with high-powered amps,” Bonamassa replies.

“There’s one exception this time: a fuzzy bit on a song called Mountain Climbing. The main sound is basically the Firebird and the Twins and the Bassmans, but I also used a ’55 Champ, and the weird thing about a ’55 Champ versus a ’56 or ’57? It’s smaller. They were smaller in ’55, so it’s the same power as a normal Champ and it has this very condensed and punchy sound. I used a brown Deluxe for something, but generally what was happening was that, because the big room in RCA is so big, the low-power amps were sounding too compressed in the track.

“A couple of Rod Stewart records were recorded in this house and there’s still PVC pipe running into the bedroom. They recorded drums in the living room. If you were recording an amp in this kitchen, it’s a very small space. You can get away with a 20- or 30-watt amp and it would sound big, larger than life.

“If you go into RCA with a little tweed Deluxe and you put a mic in front of it? [shakes head] It’s all about how big the space is that you’re recording in. Some people swear by small amps. I use a few, and I arguably own more small amps than big amps, but I generally like a big-headroom sound.”

All that said, the aforementioned 20-watt 6G3 brownface Deluxe is part of the “very specific toolkit” that Bonamassa always takes into the studio: “Brown Deluxes are fantastically underrated amps. You get the right speaker, and if the amp is co-operating, it just sounds like the best, hardest-sounding Marshall. And it’s just this big sound. They are almost like tweed amps, they are very distorted, very midrange-y. The mics love ’em. Put a 57 or whatever in front of one and you’re really loving life.”

Bonamassa continues: “There’s always a reverb tank. I use one of the brown Fender spring reverbs, but you can use a brown or a blackface one. A reissue is fine, they all sound the same. I use a reverb tank because I like the chime that it gives, and the microphone in the studio doesn’t hear the reverb as much as live. Live, you’re swimming! I always leave the reverb on a little bit and it just gives it a nice sheen.”

When it came to choosing the guitars for the album sessions, Bonamassa had to send a selection to Nashville before the bulk of the writing was finished. “I was sending weird stuff that I thought I’d use, maybe, I didn’t send a lot. And I purchased a few guitars in Nashville, one from George Gruhn, one from Walter and Christie at Carter Vintage. I got a ’23 Gibson Style O that’s actually on its way back from Carnegie Hall on a truck somewhere in the Midwest, hopefully not freezing and cracking.

“And I bought a ’51 ES-5 in natural. I’m a sucker for the T-Bone Walker thing, I’ve got four of ’em, but this is a particularly good one. ES-5s are great to look at until you play them and you go, ‘this is a piece of shit! How did T-Bone even get a sound out of this?’ So I had that and I had a Grammer Johnny Cash guitar – I have two of them, one is on its way back from Carnegie Hall and the other one is here. That was kind of the acoustic section.”

The bulk of the album’s electric parts were recorded with a small but discerning collection of toneful vintage instruments. The 1951 Nocaster with a PAF in the neck position that graces the cover of this very issue saw a lot of action – “a particularly beautiful playing and sounding instrument. It wouldn’t matter if it was a ’71, it’s just a killer guitar” – as did the 1959 Les Paul nicknamed The Snakebite on account of its tell-tale Bigsby holes. “It’s the one that cured me of that nasty habit,” he says of his favourite Burst. “I’ve played that guitar almost exclusively for a year, it’s basically the only one I play now. I love it. I play it every day. When you find the one, you find the one.”

Joe also used his 1964 Firebird III “a surprising amount”: “The cool thing about a Firebird? In a studio setting – and I always trust Kevin’s judgement – I’m never moving mics unless I hear something and hate it after a first take. I always default to the Les Paul and he’ll say, ‘that needs to be brighter, maybe like a Tele’. And if the Les Paul is too dark and the Tele is too bright, the best option is the Firebird. It drives right up the middle, where it’s almost like instant Jimmy Page. It’s got that quirky middle position thing going on. I used the Firebird a lot.”

A 1958 Gretsch and a blonde ’57 Stratocaster also made appearances, but by far the most leftfield choice was an Epiphone FT-45 Cortez acoustic fitted with a sixties DeArmond pickup. “It was a gift from a fan of mine in Fort Myers,” Joe explains. “It was his brother’s, he didn’t play so he gave it to me. I tried to give him some money and he wouldn’t take any, so I said that I would use it on the record. I just brought it because it’s actually a really nice instrument.

“It’s not a valuable guitar whatsoever, but we have this song called This Train that opens the record and none of it sounded right; the Firebird didn’t sound right, the Les Paul and Strat didn’t sound right, and I plugged the Epiphone into my live rig, and because the amps were isolated it didn’t feed back and I could just wail on it! It produced a very interesting sound, a very Elmore James kind of thing.

“You can hear me try to bend with acoustic strings – I think the solo was done on the acoustic as well.It was just one of those things that just worked. You’d never call that in a million years. If I heard it I’d think it sounded like the front pickup on some Kay or something like that, but it’s this cool, crazy Epiphone that seemed to work. But if I plugged in the Epiphone anywhere in the vicinity of the rig and turned the pickup all the way up like I did, I think the top would just explode off of it.”

As an avid collector of vintage guitars, amplifiers and even point-of-sale memorabilia such as illuminated signage and branded clocks, Bonamassa is only half joking when he claims that “most of my life is spent on the phone with some dude with a credit card!” That said, he still believes that using these musical instruments for their intended purpose and taking the time to establish a relationship with them is the most important thing.

“I try to learn something new about a guitar every day,” he says. “You’ve gotta play ’em. You’ve gotta understand that by playing them, that’s when you really get to know what’s up. I hate it when people buy an R9 or anything from the Custom Shop and immediately go out and spend $3,000 on aftermarket parts – why don’t you just play it for a couple of gigs? Or even if you don’t have any gigs, why don’t you just sit there for three or four hours, zone out, beat the thing into oblivion and all of a sudden the guitar looks real; the more you play it, the guitar looks real!

“It’s almost like a Hollywood agent: ‘We love you, now just change everything about you!’ And then there’s a cat that can pull out a sandwich-bodied ’78 Les Paul Pro that weighs 12lbs, plug it into a Lab Series L5 – retail value of guitar and amp $1,000 – and kick ass…” 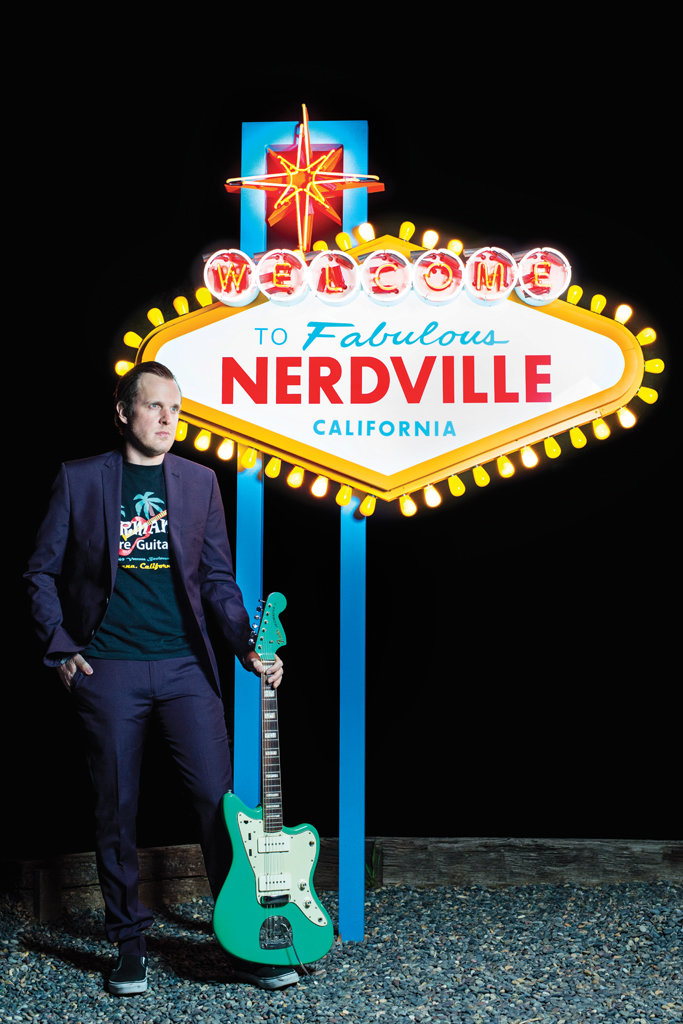 Blues Of Desperation is out now. Visit jbonamassa.com for more info.