One of the rock icon’s very first Stratocasters. 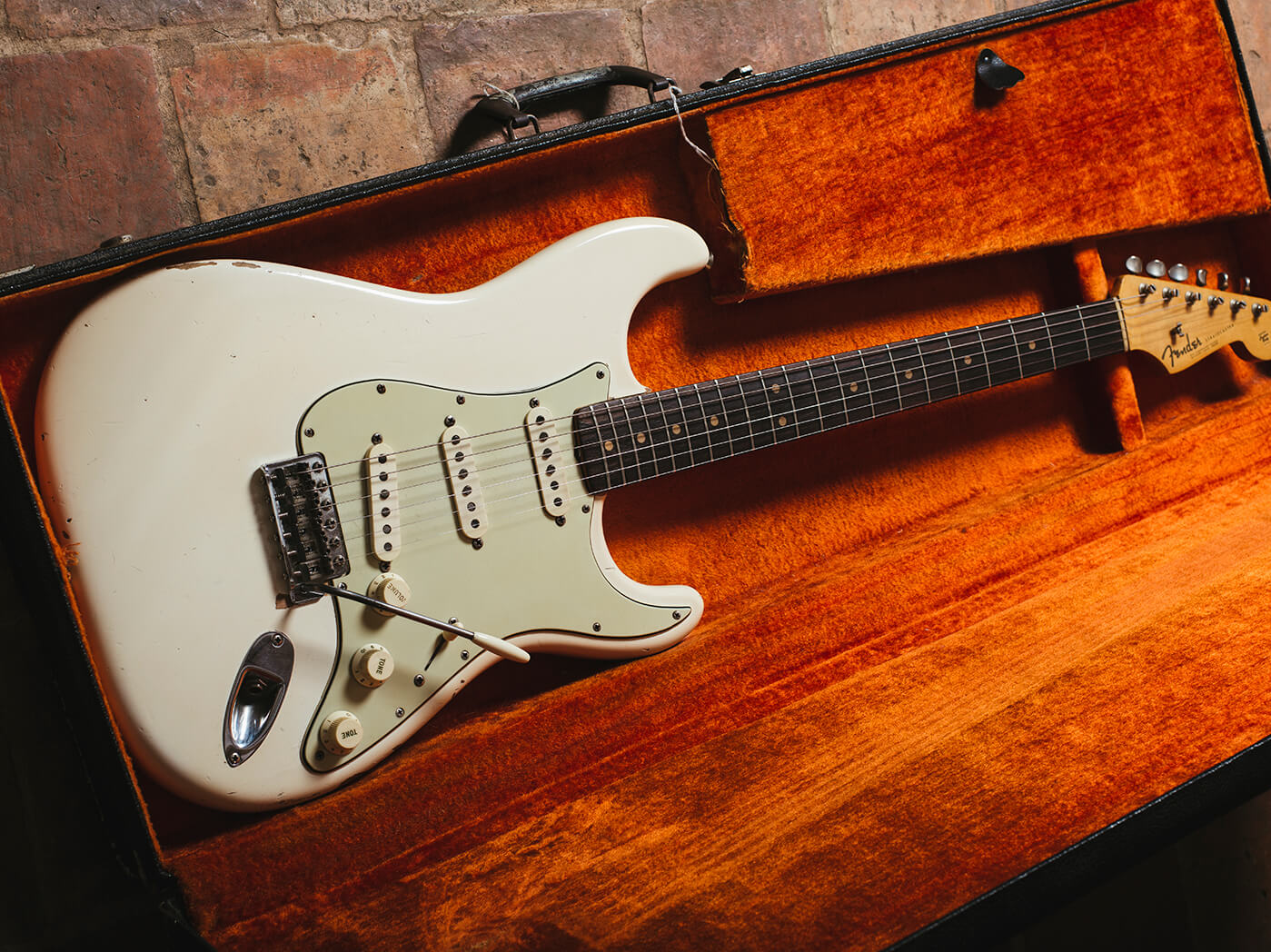 Taking a breather from the Les Pauls in Matthieu Lucas’ collection, we study a 1963 Fender Stratocaster, instead. This one belonged to mercurial rock icon, Jimi Hendrix.

One of his first Stratocasters, Hendrix played this guitar when he visited Juggy Sound studios in New York, where he worked in 1965 after parting ways with Little Richard. The Strat previously belonged to studio owner and R&B producer Henry ‘Juggy’ Murray Jr.
It generally stayed at the studio, although Hendrix took it along to various other sessions and it even made its way to his father’s house in Seattle. Hendrix’s younger brother Leon remembers seeing the guitar when the pair lived together for a time in 1968, while Seymour Duncan recalls working on the instrument’s pickups.

The white paint job is actually a very old refinish that may even have been done by Hendrix himself, who obviously had a preference for white Stratocasters. That said, his brother remembers him being less than keen on the mint-green ’guard. A left-handed strap button was never added, but this might be explained by the fact that Jimi mainly played the guitar in the studio.

There’s also photographic evidence of him playing a Jazzmaster live with Wilson Pickett in 1966 using the stock, right-handed strap-button orientation. If it did get in his way, he obviously found a way to cope with it, and he could have done the same with this guitar.

Click here to check out other rare guitars in Lucas’ collection.