The late Irish blues legend loved Telecasters more than perhaps any other guitar, and this mid-60s example was his number-one slide guitar across his glittering career. 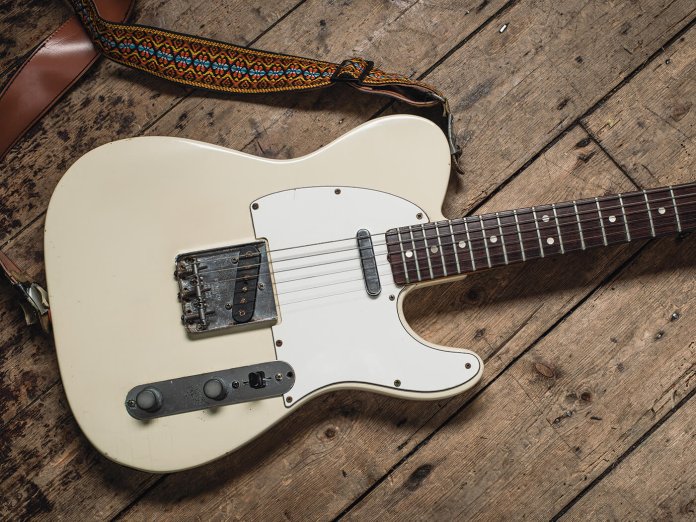 Rory Gallagher might be most heavily associated with his battered Stratocaster, but the Irish bluesman had a soft spot for a single-cut, using this Telecaster and a similar Esquire as his go-to slide guitars on scores of records and gigs throughout his career.

“They were probably his favourite guitar,” explains Rory’s nephew Daniel, who has recently finished curating a brand-new album of unheard material from the archives, simply titled Blues. 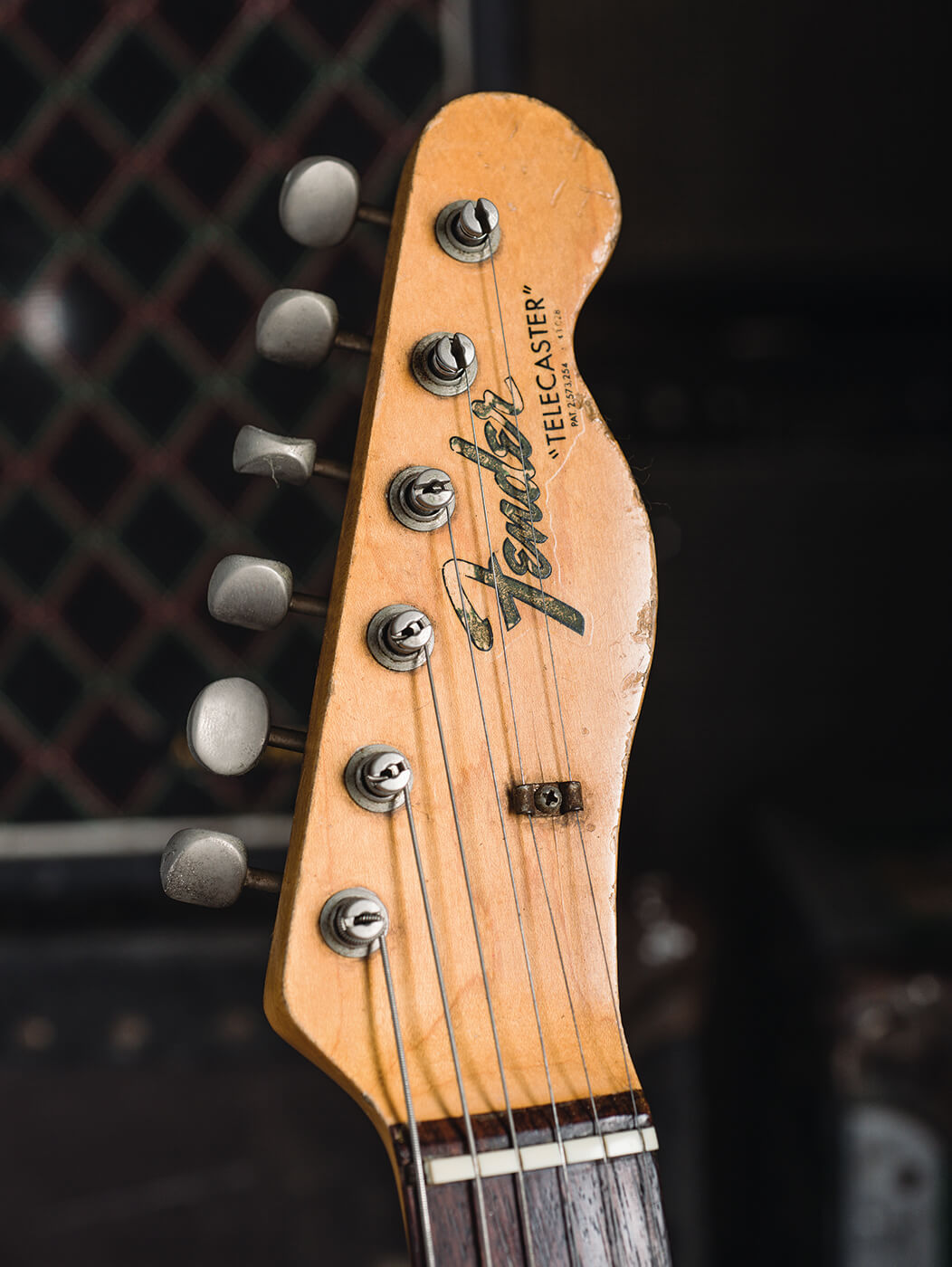 “Obviously, his Strat was his favourite guitar, but as a model, I think he really, really liked the Tele. He tinkered with the Tele and the Esquire a lot to make them do other things… but he loved them. He really liked where the tone control was, because he did a lot of wah-wah effects with it. On his Strat, he ended up just doing that with the bottom tone control, and he actually glued the middle one so it didn’t work! And ultimately, he just loved that Telecaster sound – when you hear him talk about guitars in interviews, I think they were his favourites.”

Rory got his white Telecaster in the mid 60s and continued to use it throughout his career with Taste and as a solo artist. Perhaps most famously and impactfully, Rory used the Tele on stage at the 1970 Isle Of Wight Festival – a performance that was immortalised in a live album that would become the trio’s swansong.

“My favourite bit of footage of him is when he’s playing Gambling Blues at the Isle Of Wight,” Daniel enthuses. “Early on, he liked a sharp attack with his slide playing, so he used a brass slide with it, so it was really stinging and direct with the AC30 – when you’re trying to get through to 600,000 people it helps if you have a bit of bite.

“He loved that guitar for slide,” Daniel continues. “For so much of his slide work, he’d use the Tele. If you watch Irish Tour, he swaps back and forth between the Esquire and the Tele. I think he’d have, say, one in D, and that one in A, then as he needed, he’d just jump on it.”

As was the way with many of Rory’s guitars, the Telecaster has seen its fair share of battle damage. It was once run over by an airport luggage cart, resulting in a temporary Irish green refin, before Rory’s brother Donal demanded it be returned to its original white before the bluesman saw it. 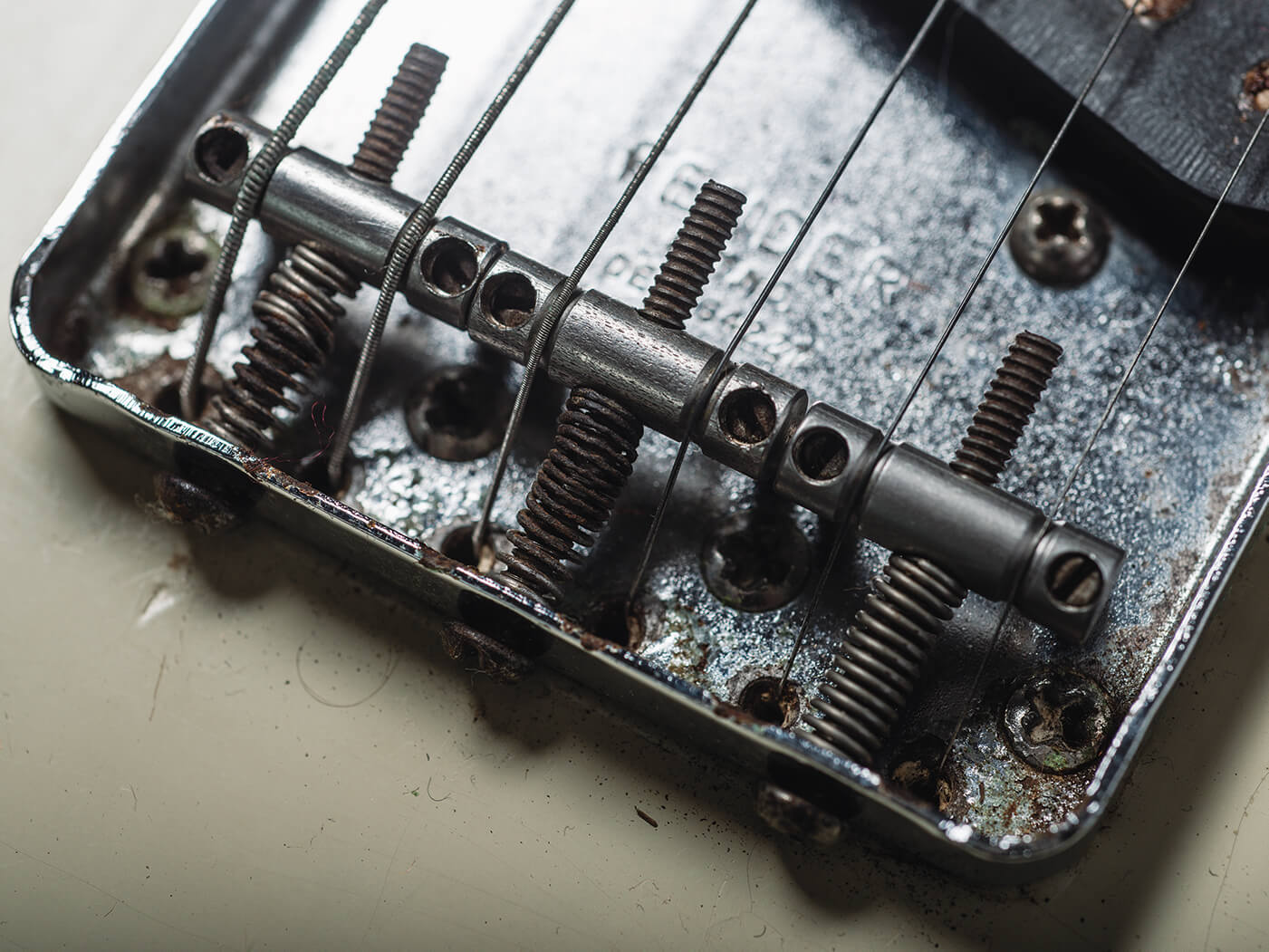 Not that Rory was precious about his beloved instrument – he modded the guitar heavily over the years, with mixed levels of success… “If we took the scratchplate off that, there’d be the routing for a middle pickup,” Daniel explains. “He went mad at one point and I think he got a Seymour Duncan pickup and put it in there! I guess he just wanted to see if it sounded like a Strat? But he didn’t add a five-way switch, so he’d have had to wedge it in-between, like they did with old Strats.” 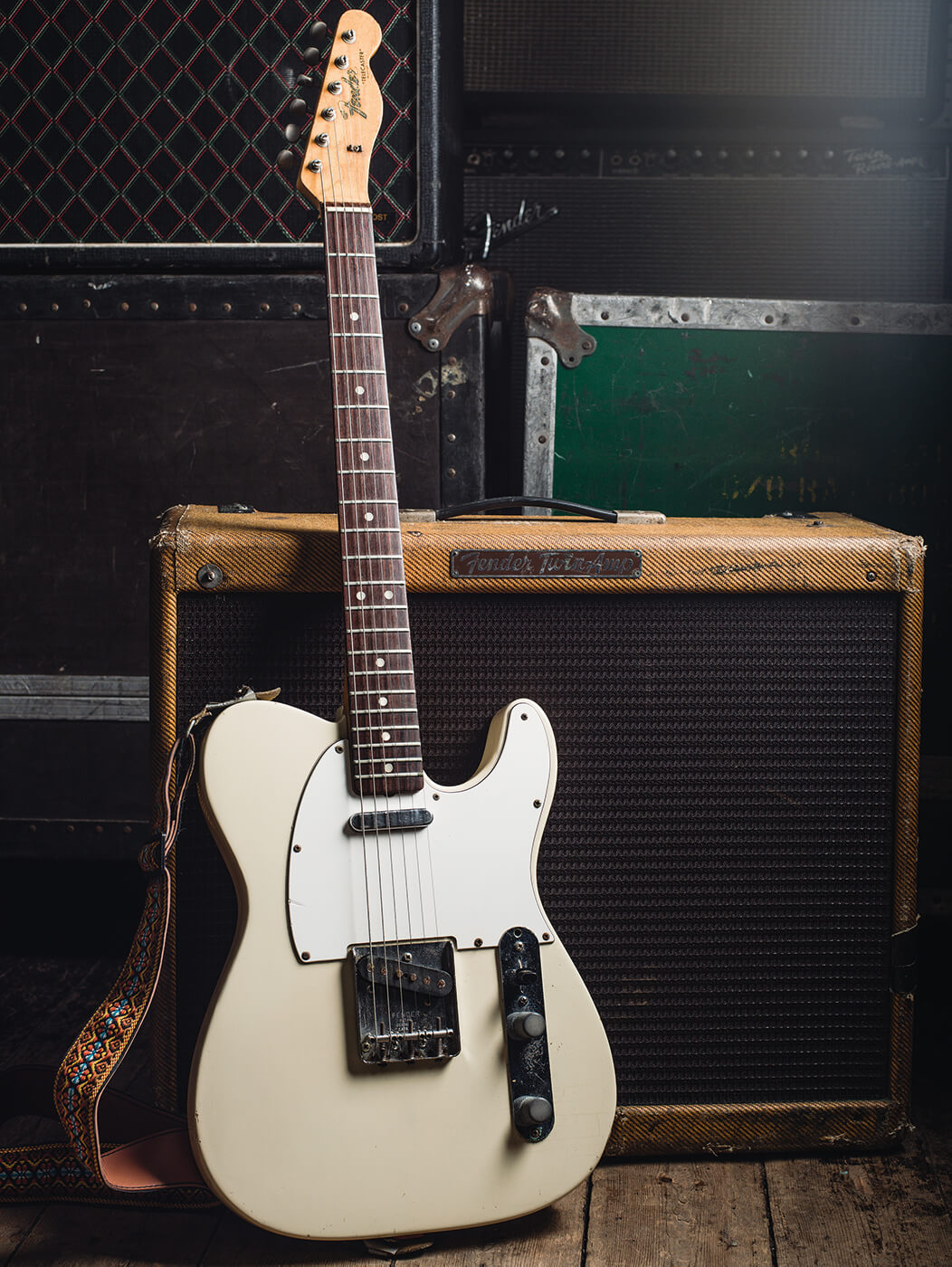 Despite its rough life, it’s amazing that this still remains a wonderful, inspiring instrument, with a beautifully played in neck and a weight right in the Telecaster sweet spot at 3.3kg/7.3lb. Okay, so it probably needs a new set of strings – given that they’re corroded to the point of near-disintegration – but as they are they were put on the guitar by Rory before his sad passing in 1995 and have remained unchanged and untouched since, we think it’s best left well alone.

Blues, a brand-new collection of rare and unreleased Rory Gallagher recordings, is released on 31 May 2019 on Chess Records. Pre-order the album here.