Gear Of The Year: Best effects pedals of 2019

Pedals are a vital part of a guitarist's rig, and thankfully, 2019 was a great year for effects units. From the Strymon Volante, an exceptional echo machine, to the Beetronics Swarm, a devastating fuzz box, this year saw the introduction of dozens of great pedals. 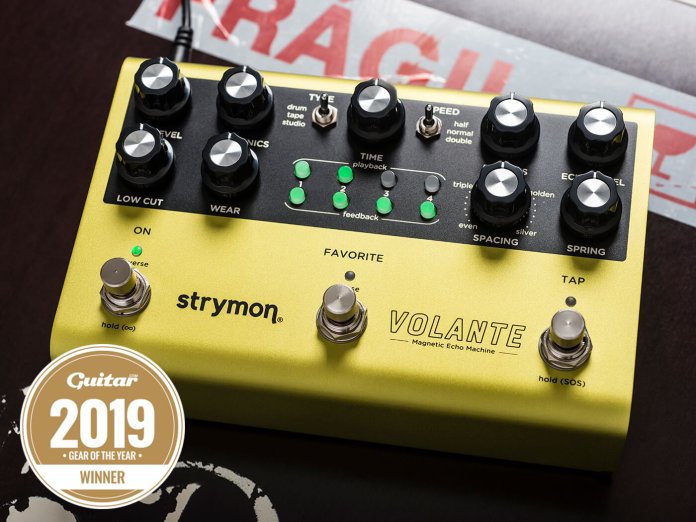 The Strymon Volante has to be one of our favourite delay pedals from the Californian company yet. Where the Brigadier simulates analogue BBD, the El Capitan melds tape-echo and reverb, the TimeLine dabbles in retro and hi-fi echo, the Volante is a one-stop solution for vintage-style echo effects.

WE SAID Gives you anything from drum-style echo to tape echo to studio-style reel-to-reel tape delay. 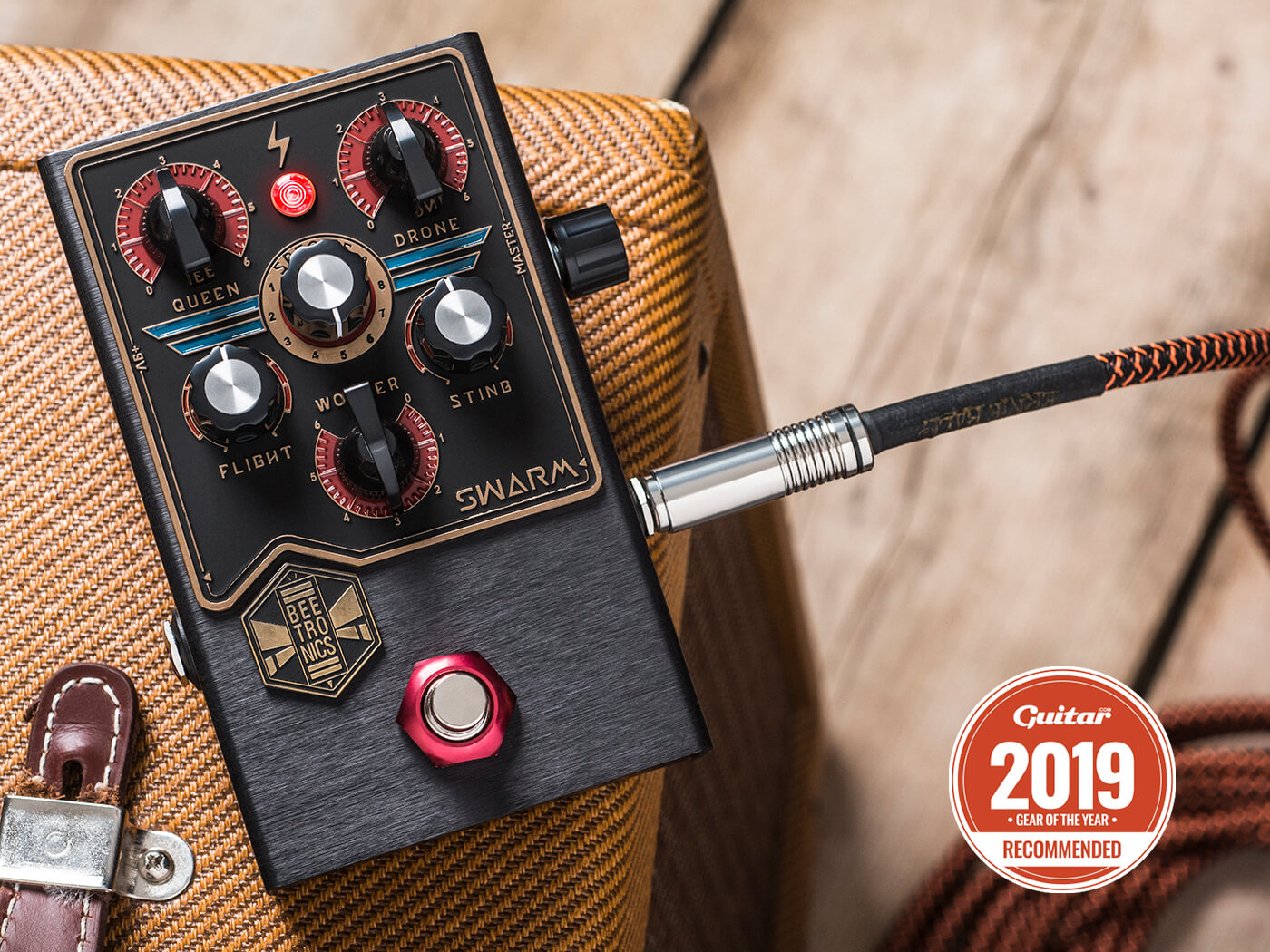 As its name suggests, the Beetronics Swarm is a pedal that’s built to create an absolute racket. It’s a fuzz that transforms your signal into a jarring square wave and then dials in analogue harmonies – above, below or both – and some wild frequency modulation, for good measure.

WE SAID Thick, sweet fuzz and extreme modulation of harmonies. Needless to say this one is for the most ardent of noisemongers. 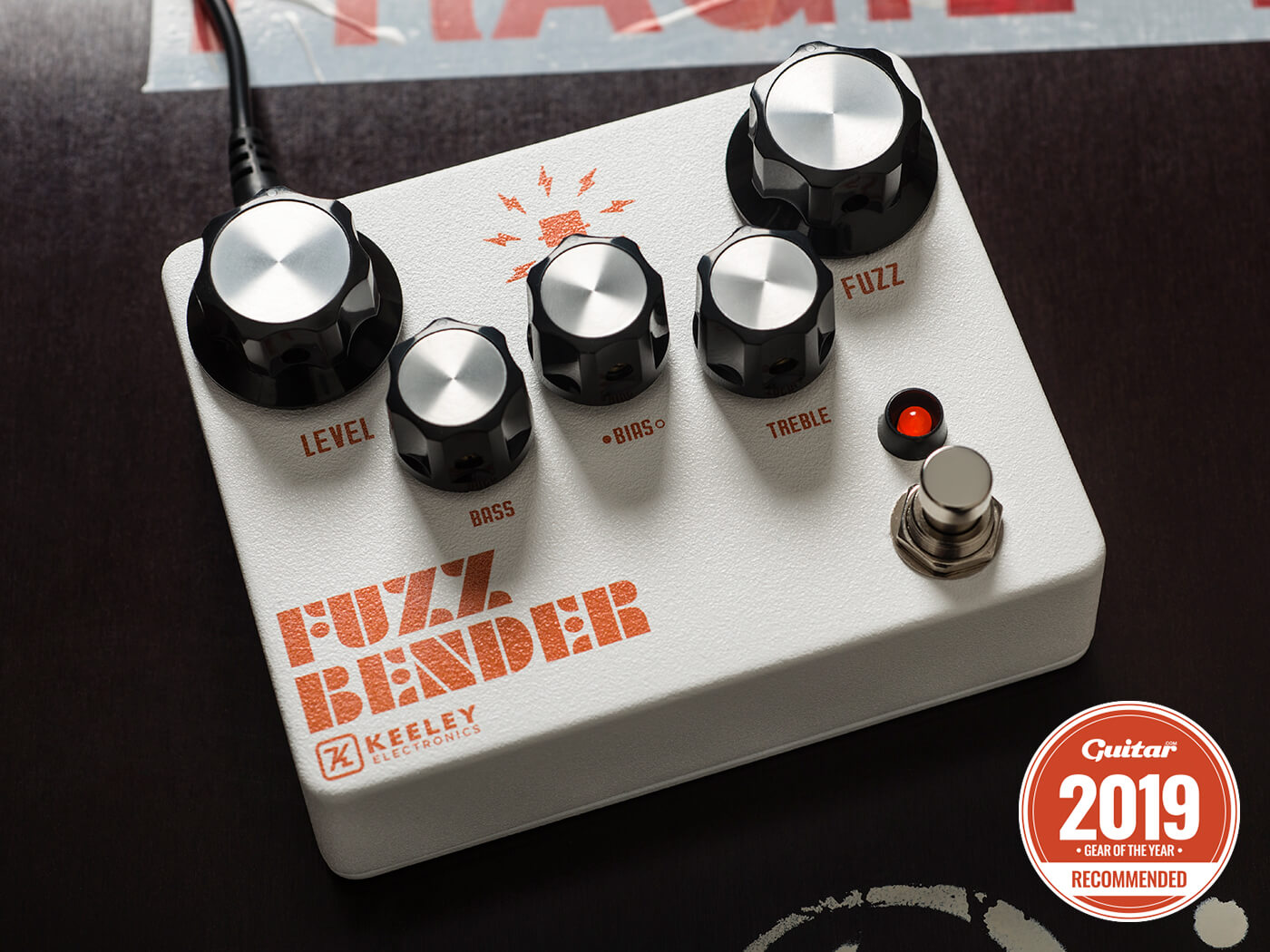 With the Fuzz Bender, Robert Keeley has made some serious updates to the Tone Bender format. Key to this is a hybrid design – one vintage Japanese-made germanium and two modern silicon transistors – and an active EQ circuit.

WE SAID Unparalleled versatility. You can use it to punish your amp with a bass boost, or achieve an octave effect with a treble boost. 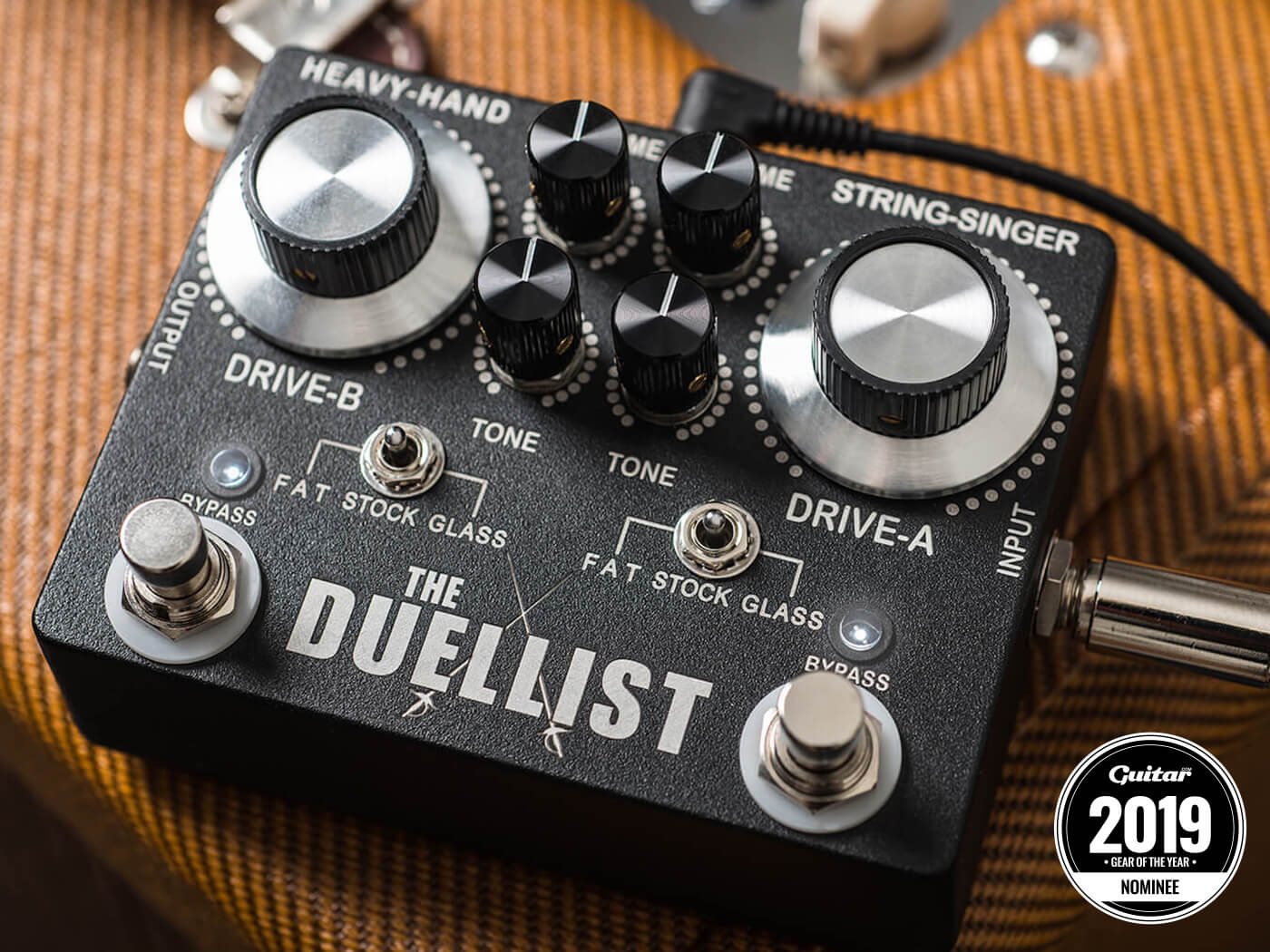 This retro-looking OD pedal was developed by relentless tonehound Jesse Davey, ex-guitarist of the now-defunct award-winning blues band The Hoax. It features two distinct overdrive circuits – the String-Singer and the Heavy-Hand – both of which are nods to OD pedals of yore.

The String-Singer is based on the Tube Screamer, but it proves to be more versatile than its forebear. The Heavy-Hand, on the other hand, is derived from a 90s Marshall Bluesbreaker pedal.

WE SAID Delivers everything from a cleanish boost to super smooth, harmonically-rich lead tones. 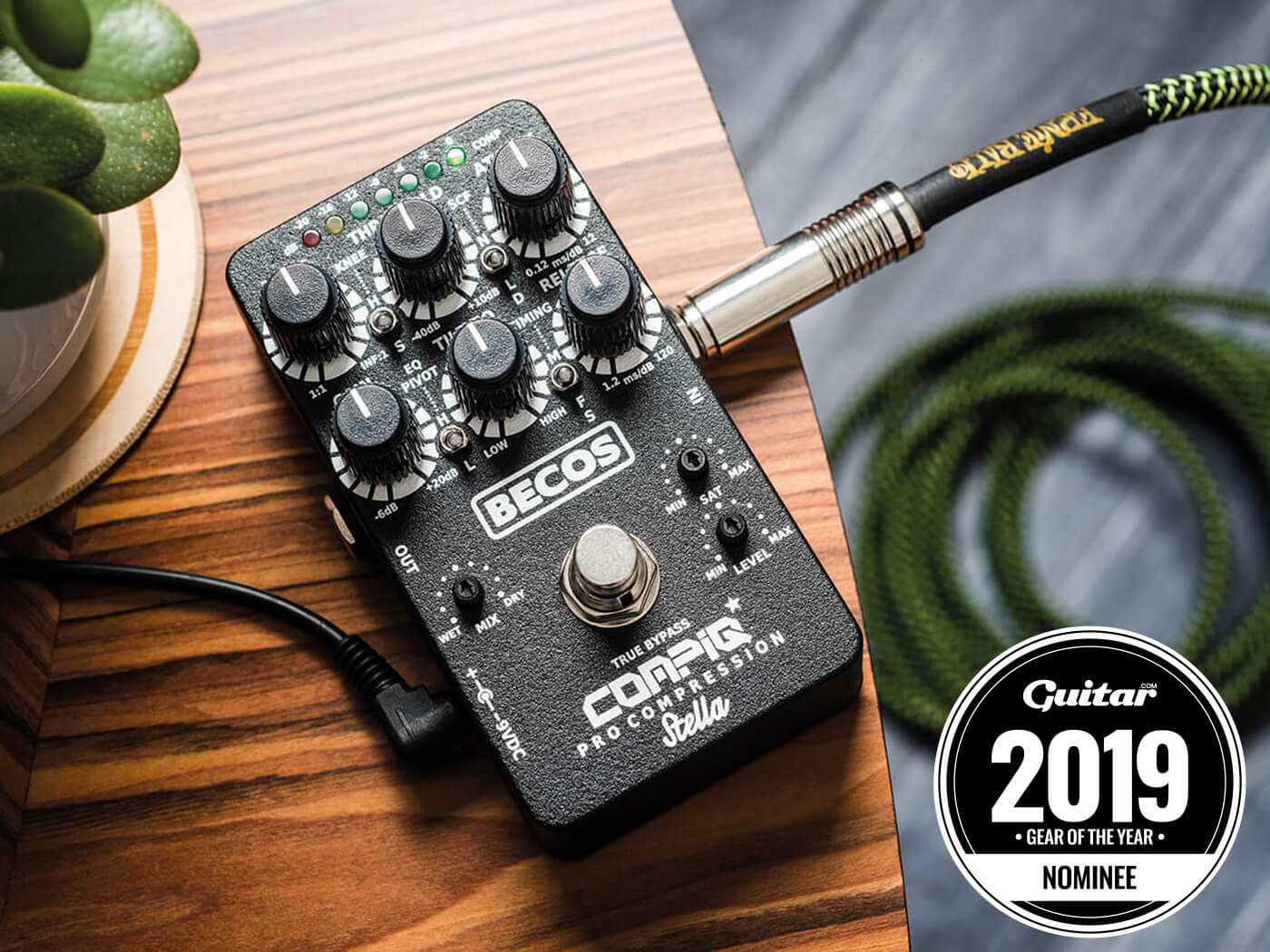 Becos is a small but ambitious pedal builder from Romania, and the Stella – the brand’s flagship compressor for bass and guitar – is the perfect embodiment of the company’s spirit. Apart from your regular controls like ratio, threshold, attack, release and gain make-up, the Stella also has toggle switches for side chain filter, Tilt EQ and knee. While there’s a lot going on with this pedal – it has nine knobs, seven LEDs and four switches – it’s a lot more intuitive than it seems.

WE SAID Small, but packs all the features of a VCA compressor, and the same audio quality too. 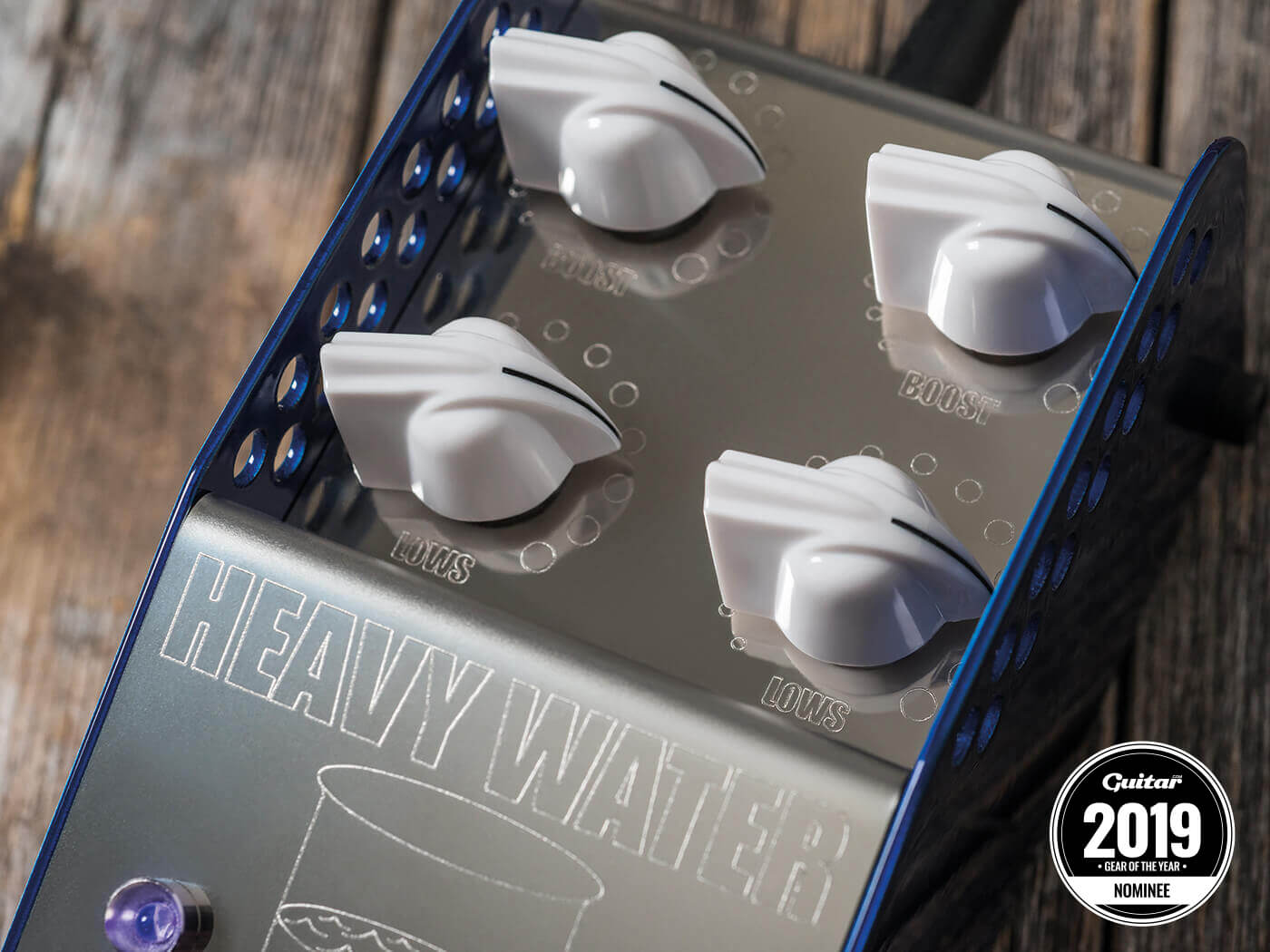 After numerous requests to make the high-headroom boost circuit from ThorpyFX The Dane – which itself is a phenomenal OD/boost stomper – into a standalone effect, Adrian Thorpe came up with the Heavy Water. Being the industrious individual he is, Thorpe did not simply extract the aforementioned boost circuit. Instead, he developed a dual boost unit that features both the Dane-derived clean boost and one that uses germanium diodes for a grittier boost.

WE SAID A booster that can be employed in a wide array of situations. 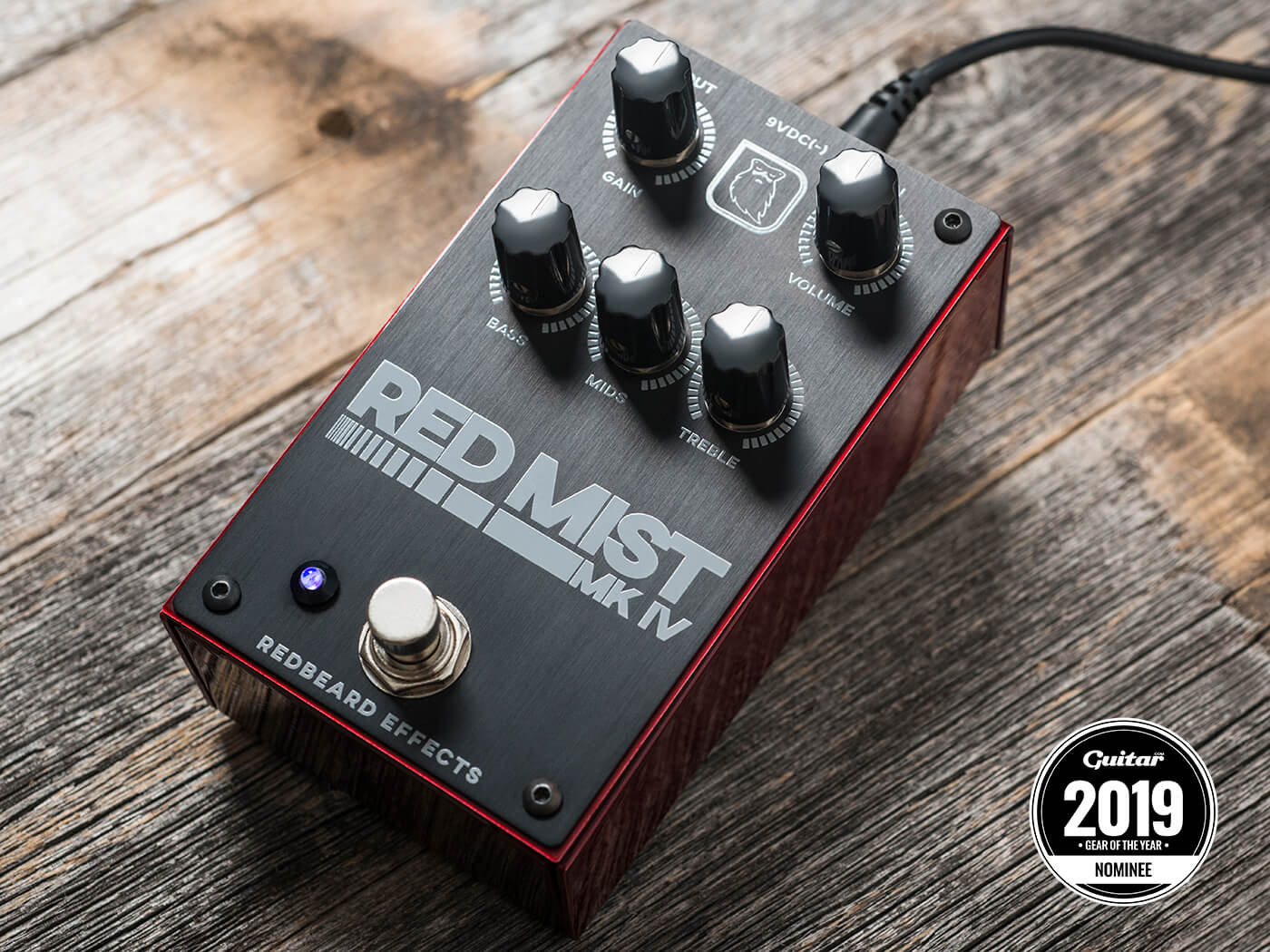 Red Mist Mk IV is the brainchild of Skindred guitarist Mikey Demus’ Redbeard Effects and ThorpyFX. It’s a high-gain drive pedal that also has an ace up its sleeve: a three-way active tonestack. The mids control in particular, which Demus refers to as the “fun” knob, is a gyrator-based bandpass filter that lets you go from pushing the middle frequencies for a more Orange-style cut to an ultra-scooped mode which can be devastatingly aggressive.

WE SAID A solidly built box of pure metal with a couple of bonus tricks to lift it beyond mere doing-the-job competence into something more inspiring. 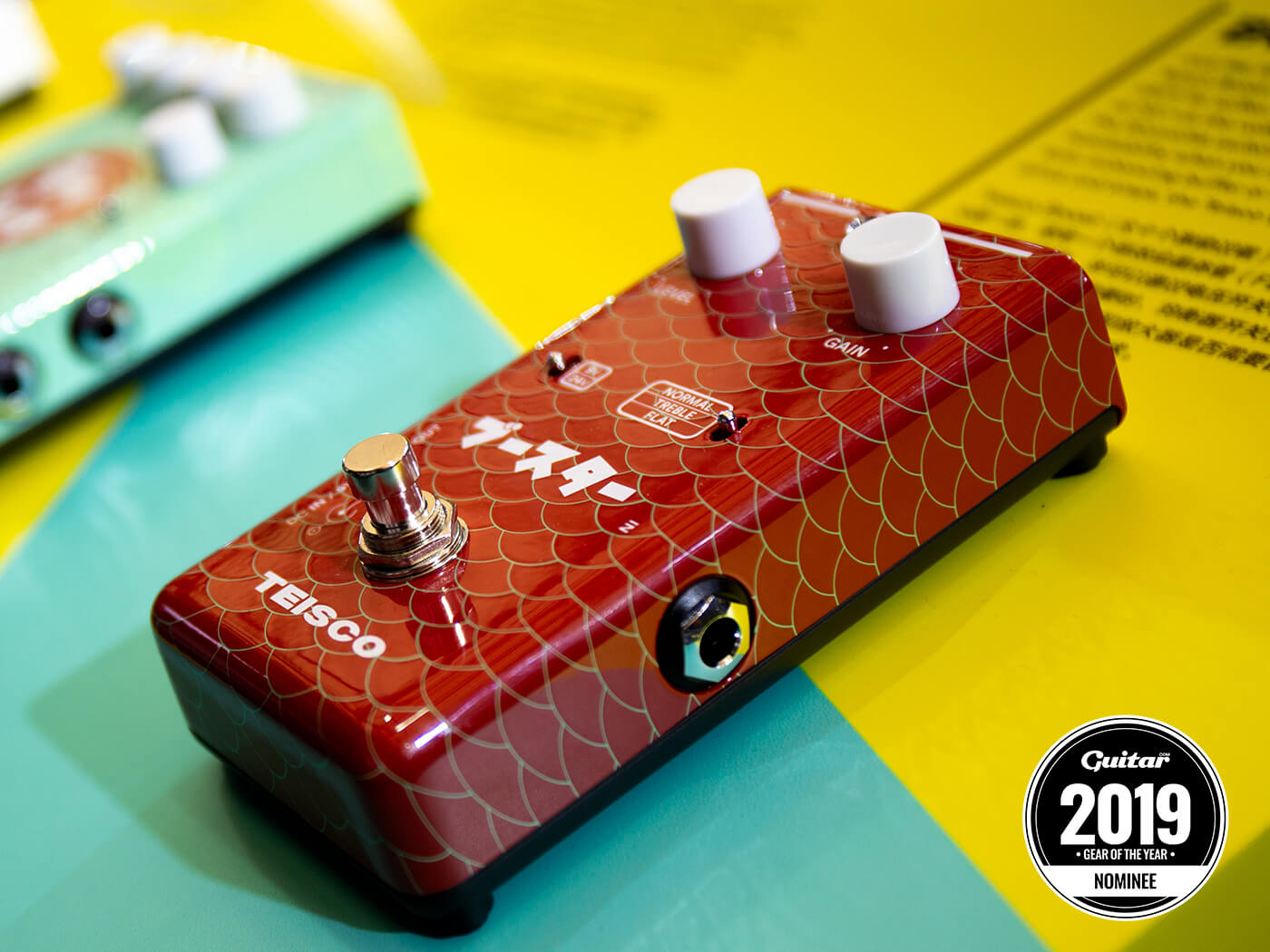 Also making this list is Teisco’s bold yet quirky multi-mode FET booster simply named Boost. Unlike the ever-popular EHX LPB-1, this sleek stomper has a few more controls than a solitary boost knob. It features level and gain knobs as well as toggle switches for voltage and EQ settings. While this means more controls to meddle with to achieve your desired effect, it also results in a more versatile pedal. The Boost’s EQ switch is what defines the pedal. The Flat setting delivers a clean boost, while normal rolls off the bass, and treble dials in some Rangemaster-style bite.

WE SAID Does everything you could ever ask of a clean/treble boost pedal. 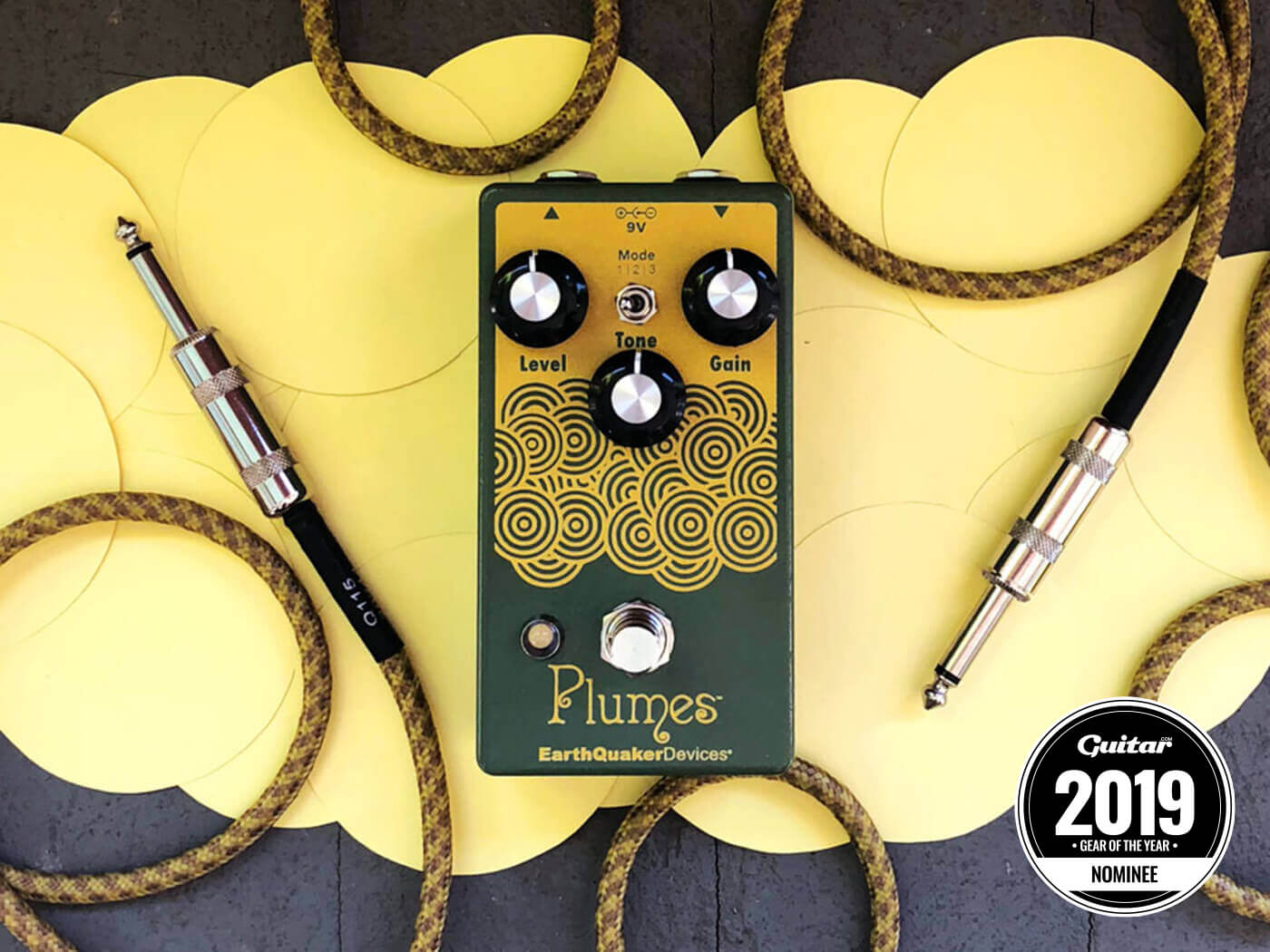 EarthQuaker Devices’ Plumes pedal is a nod to the iconic Ibanez TS808 Tube Screamer, but it is so much more than just a tribute. While at first glance it may seem to be just another three-knob thumper, the Plumes features a sneaky, unassuming three-way toggle switch labeled ‘mode’. It unlocks three different clipping modes, significantly affecting the overdrive effect. Mode one features symmetrical clipping with a pair of LEDs, mode two is an op-amp drive with no diodes, and mode three, which features asymmetrical silicon diodes, is the closest this pedal gets to the classic TS sound.

WE SAID Not a Tube Screamer, but still a fine overdrive pedal in its own right. 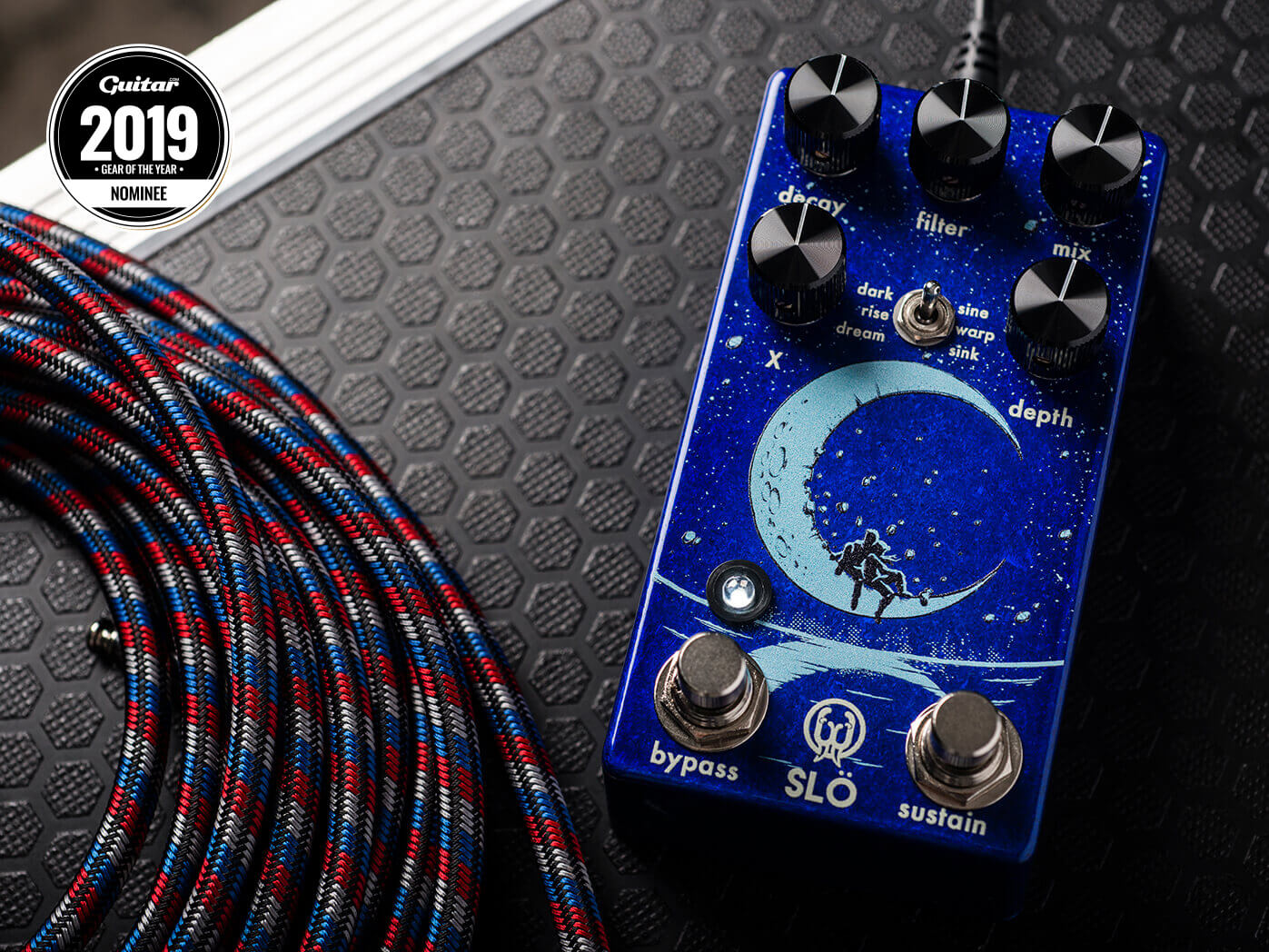 The artwork on the Slö is a dead giveaway to what lies beneath. This offering from Walrus Audio is designed for the guitarist looking to create otherworldly textures and paint lush dreamscapes that would not be out of place on a Radiohead record. Key to this is a toggle switch that offers three reverb types – Dark, Rise and Dream – as well as Sine, Warp and Sink tail waveforms.