Gear Of The Year: Best guitar effects pedal of 2020

These are the best new stompboxes of 2020, featuring Walrus Audio, Danelectro and an electrifying fuzz from Latvia. 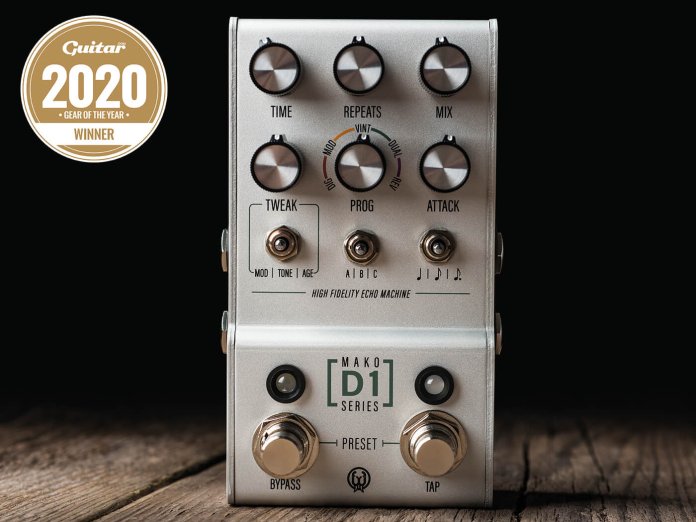 The Mako Series represents a step-change for this Oklahoma pedal maker. Here, Walrus ditched the elaborate graphics and whimsical names in favour of a stark, industrial design language as if to demonstrate that its first foray into high-end DSP means business – and it does.

The D1 is a beautifully made high-fidelity stereo delay bristling with the sort of features you’d usually find in rack-mounted studio hardware. It’s no exaggeration to say that we’re confident the D1 is capable of delivering almost any existing delay texture as well as many yet to be discovered. An unapologetically excellent pedal for players who demand the best. 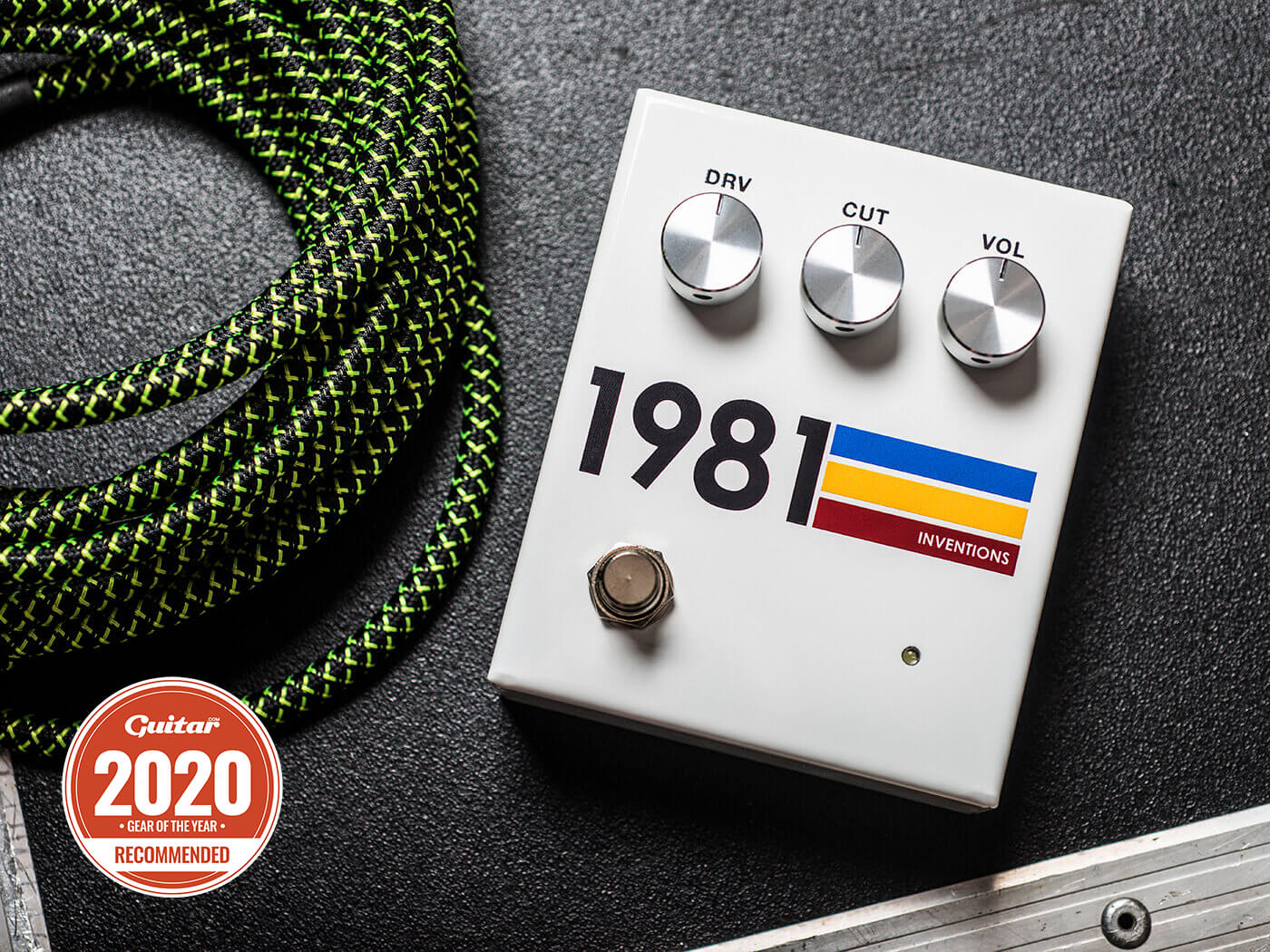 Far more than an Instagram sensation, this is one of the best overdrive units we’ve ever heard. The initial jumping-off point for the DRV was a 1985 Whiteface ProCo RAT with the inclusion of a fixed level preamp and around 1/20th the amount of gain to be found in a traditional RAT circuit. The low end, midrange, filter sweep, level, switching system and LED have all been carefully revised to create a pedal that aims to bring new levels of overdrive quality and nuance to your sound. 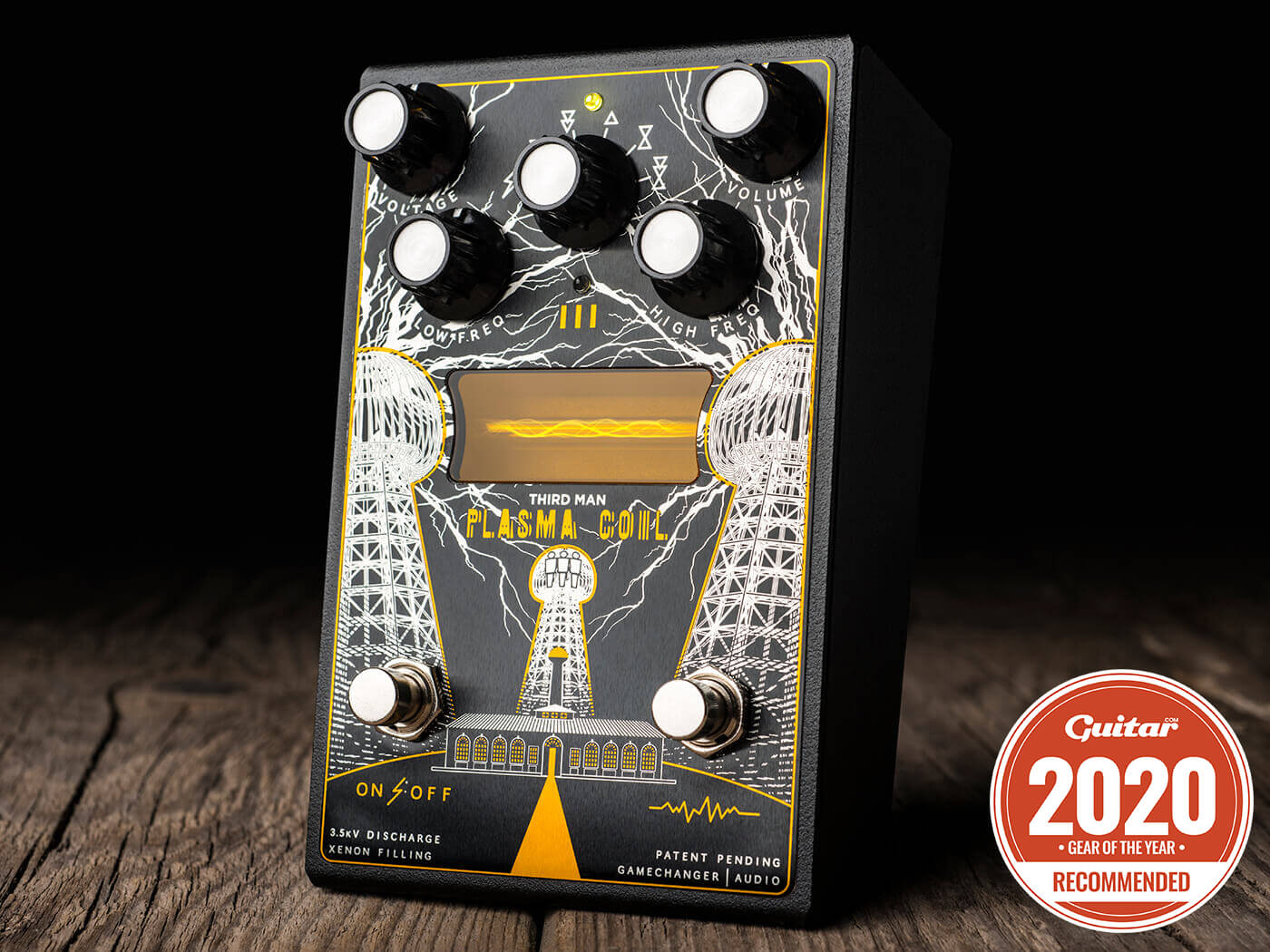 This Gamechanger Audio device takes the operating principle of the original Plasma – namely converting your instrument’s signal into a series of high-voltage plasma discharges in a xenon-filled tube – but dispenses with the blend control and adds a second footswitch for ‘special effects’.

From aggressively gated fuzz to synth-like sub-octaves and glitchy chaos, there’s an album’s worth of killer riffs in your first 10 minutes with this thing. Forget the science behind it – this pedal instantly makes you want to form a band. 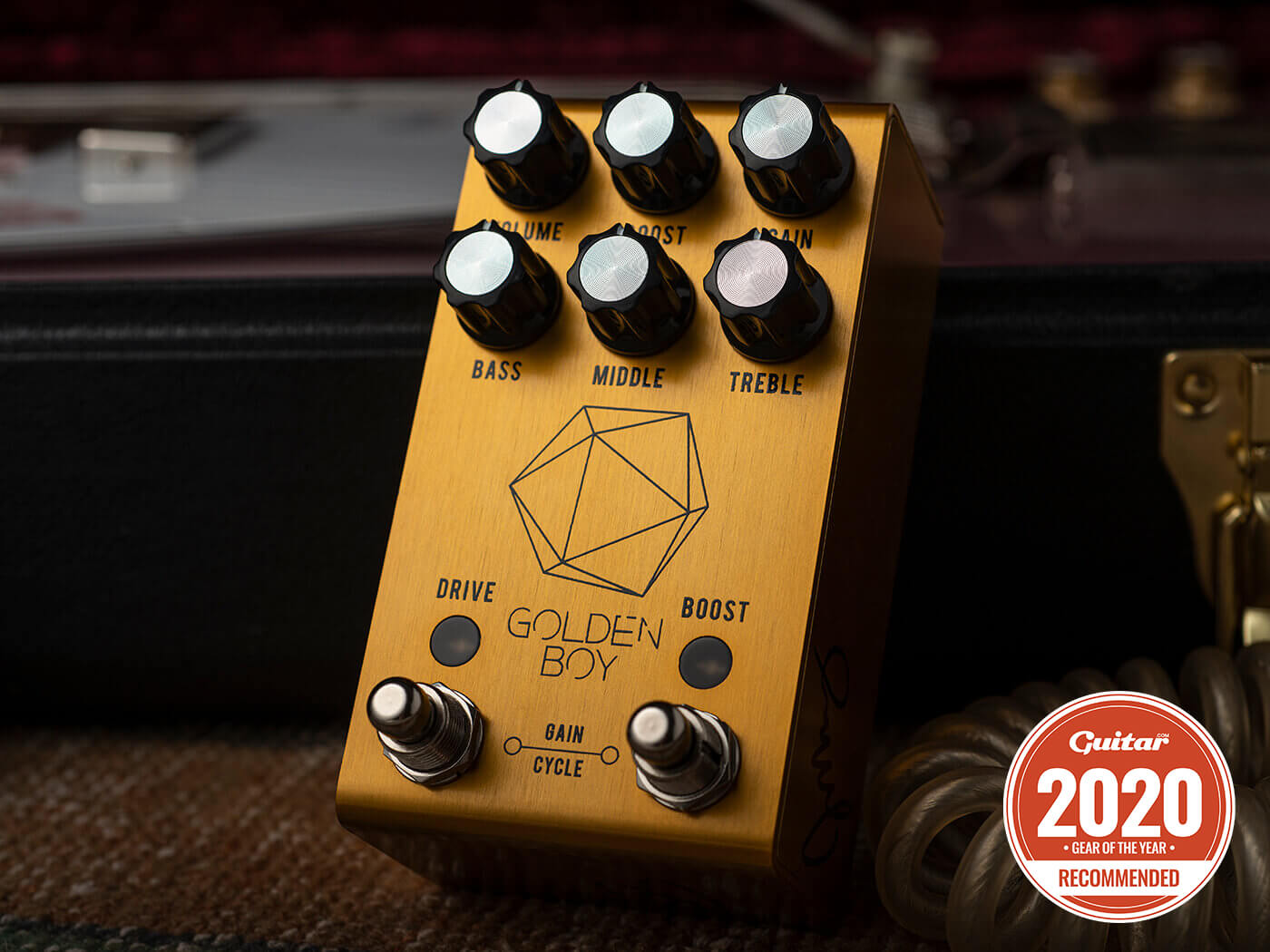 While not as revered as the Tube Screamer and Klon, the original early 1990s Marshall Bluesbreaker pedal deserves its place in the overdrive hall of fame. The circuit has provided the inspiration for some of the most lauded boutique units of recent times, not least the Analog Man King Of Tone and indeed, the Jackson Audio Golden Boy.

Versatility is the theme here as you also get a three-band Baxandall-style EQ with 12dB boost/cut per control, extensive MIDI control and innovative ‘gain cycle’ functionality which ramps up the gain in 25 per cent increments, up to a maximum of 100 per cent, when you press both footswitches simultaneously. 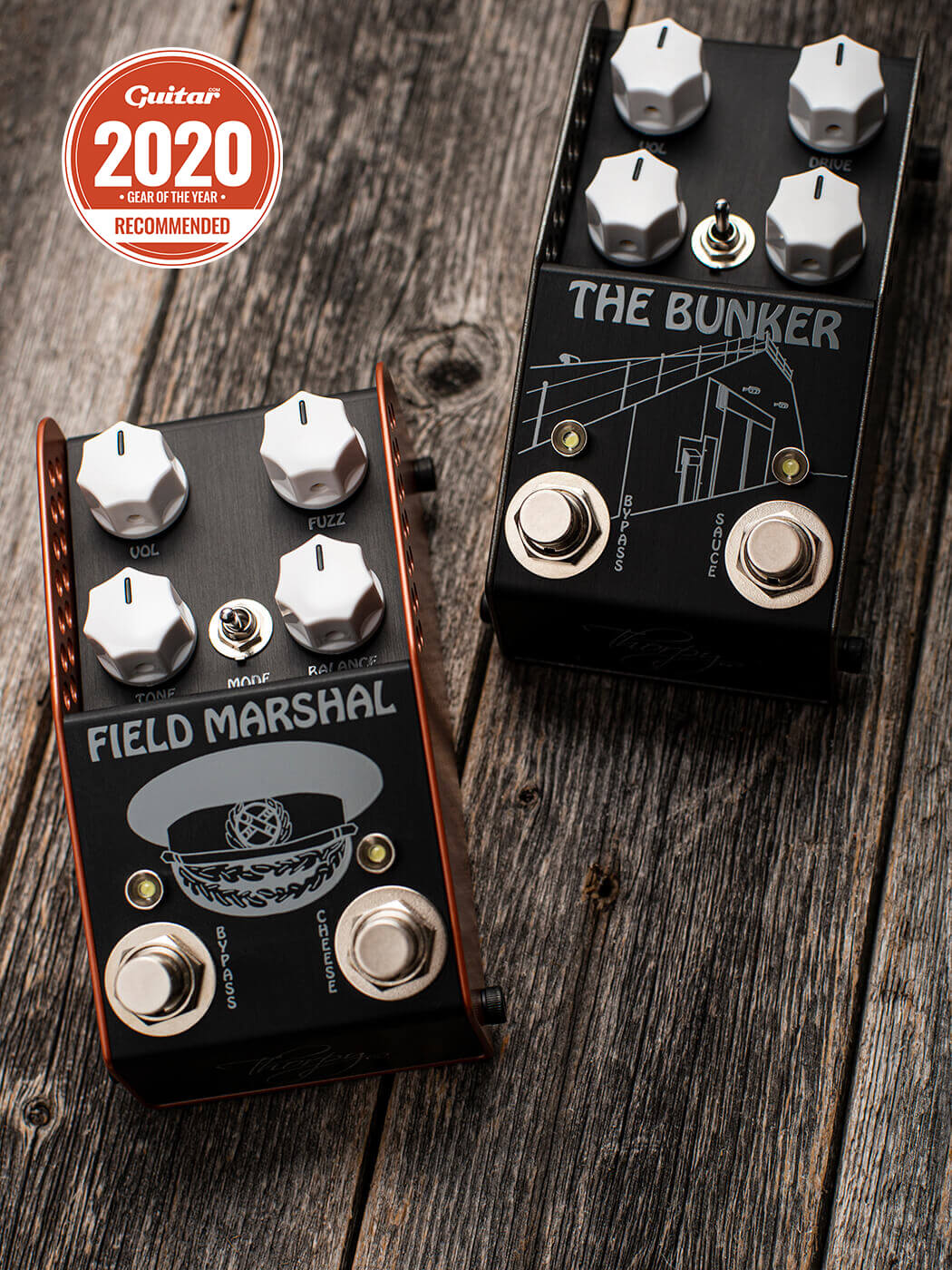 Although the manual describes it as a ‘supremely nasty’ fuzz, it would be wrong to think of it as a lo-fi rasper: there is a spittiness to the distortion but tonally it’s rich and full, with a gravelly roar to big chords that’s instantly seductive. Single notes have an elastic quality that hints at the squishy effects available in gated mode, and there are appealing sounds to be found all the way around the tone dial. 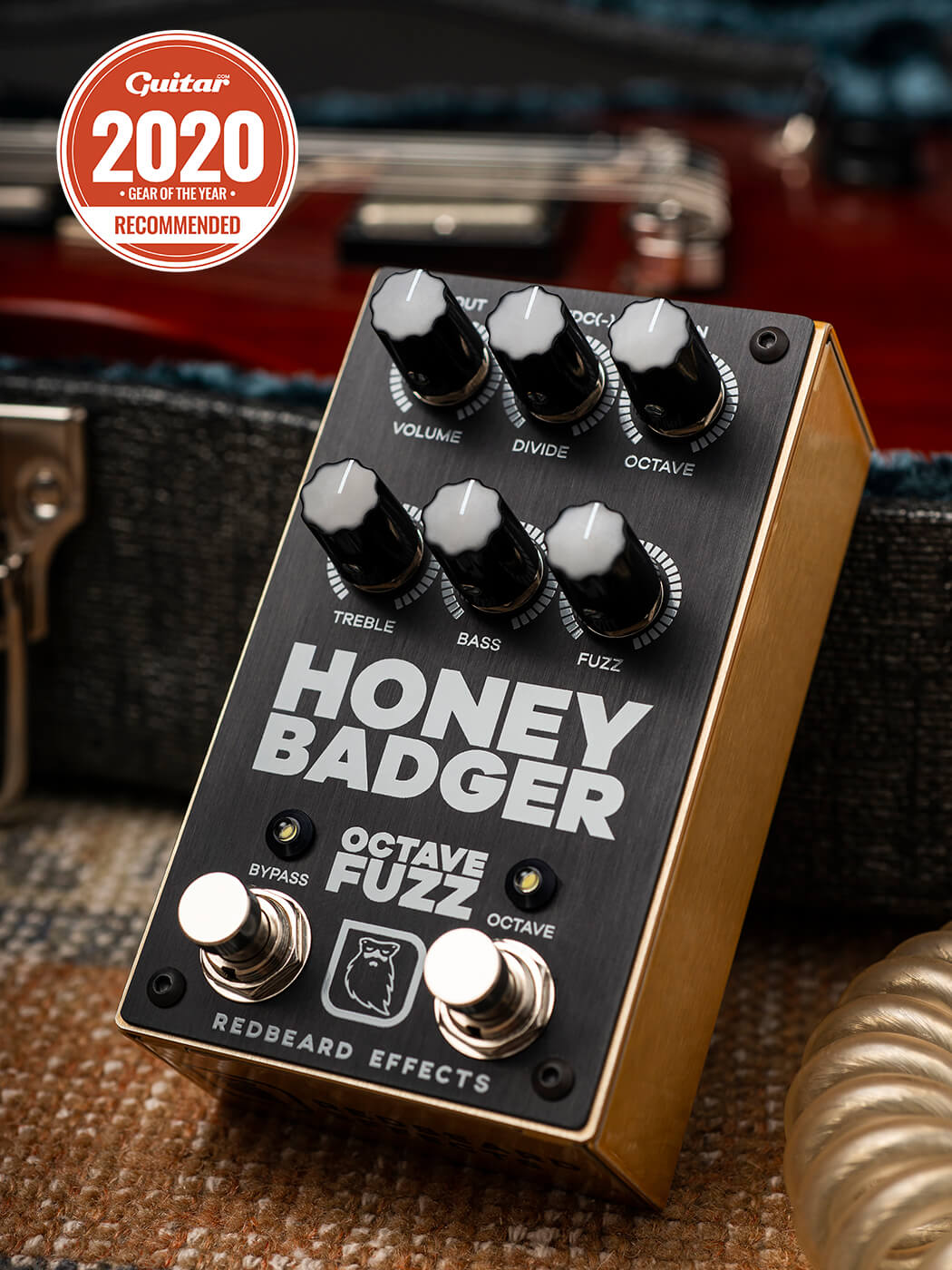 The second offering from Redbeard Effects, a collaboration between Skindred guitarist Mikey Demus and Adrian Thorpe promises assorted flavours of slavering doom. An uncompromising rock monster with some seriously glitchy down-octave effects, the Honey Badger is a wild one even with the fuzz set all the way down to zero and the octave effect switched off.

And when we do unleash the octaves, the first thing we learn is that they’re very, very dependent on the level of the signal going into the pedal: fed by high-output pickups or a boost pedal, the tracking is for the most part impressively tight; with lower-output pickups, it’s all over the place. That’s not a criticism, though. In fact, it’s kind of the point – just ask owners of the legendary MXR Blue Box. 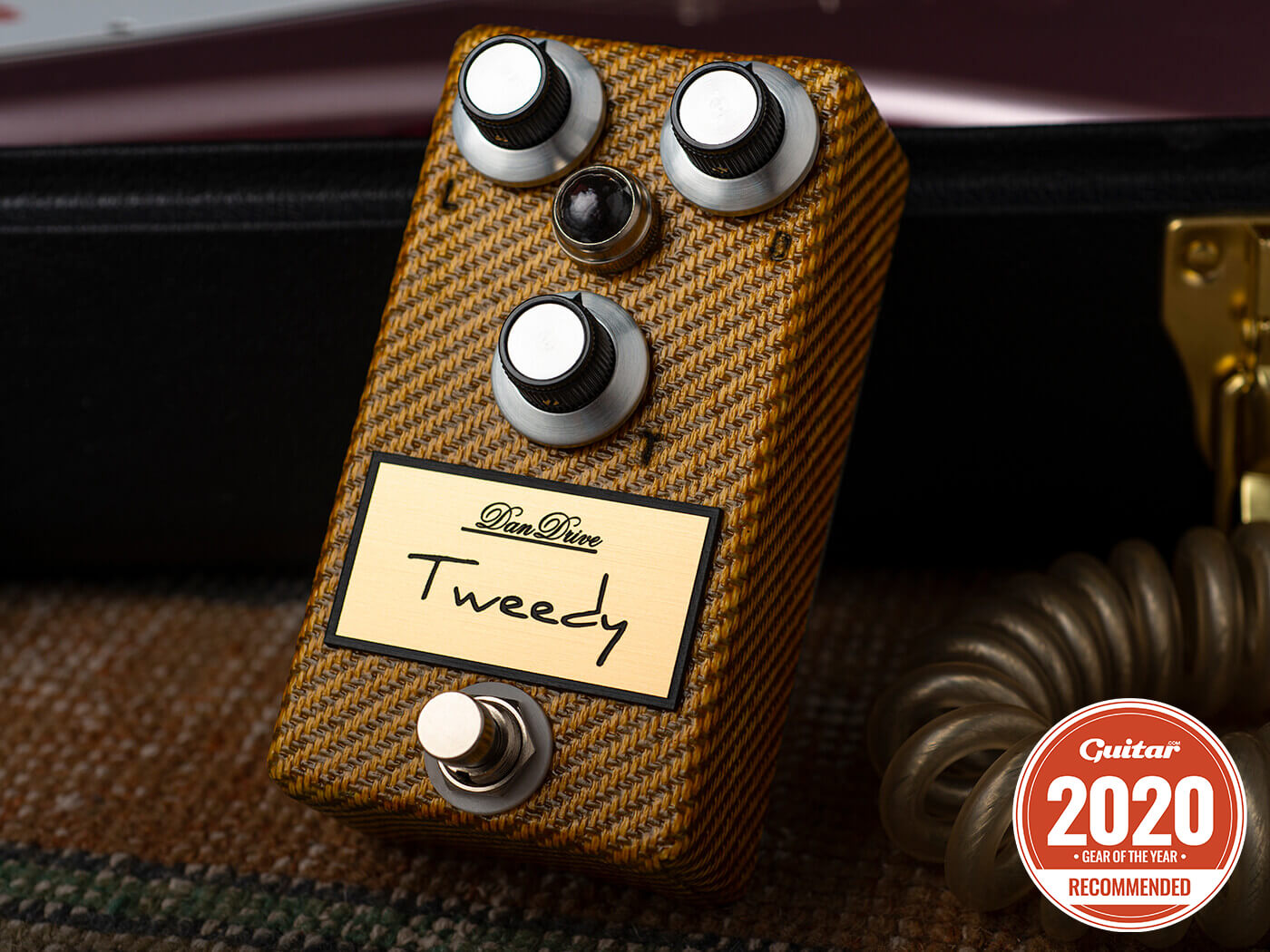 Fuzz pedal aficionado DanDrive’s Tweedy is an overdrive pedal designed to impart the sonic characteristics an early 50s Fender 5B3 Deluxe. Whatever guitar and amp we plug the Tweedy into, we’re astonished by its ability to impart a real sense of 50s Fender tone. This includes flattering compression for Strats, round but never flabby low-end warmth, gritty organic drive with a PAF-loaded Les Paul… the list goes on, all the while retaining that beautiful top-end transparency that Tweed fans love. 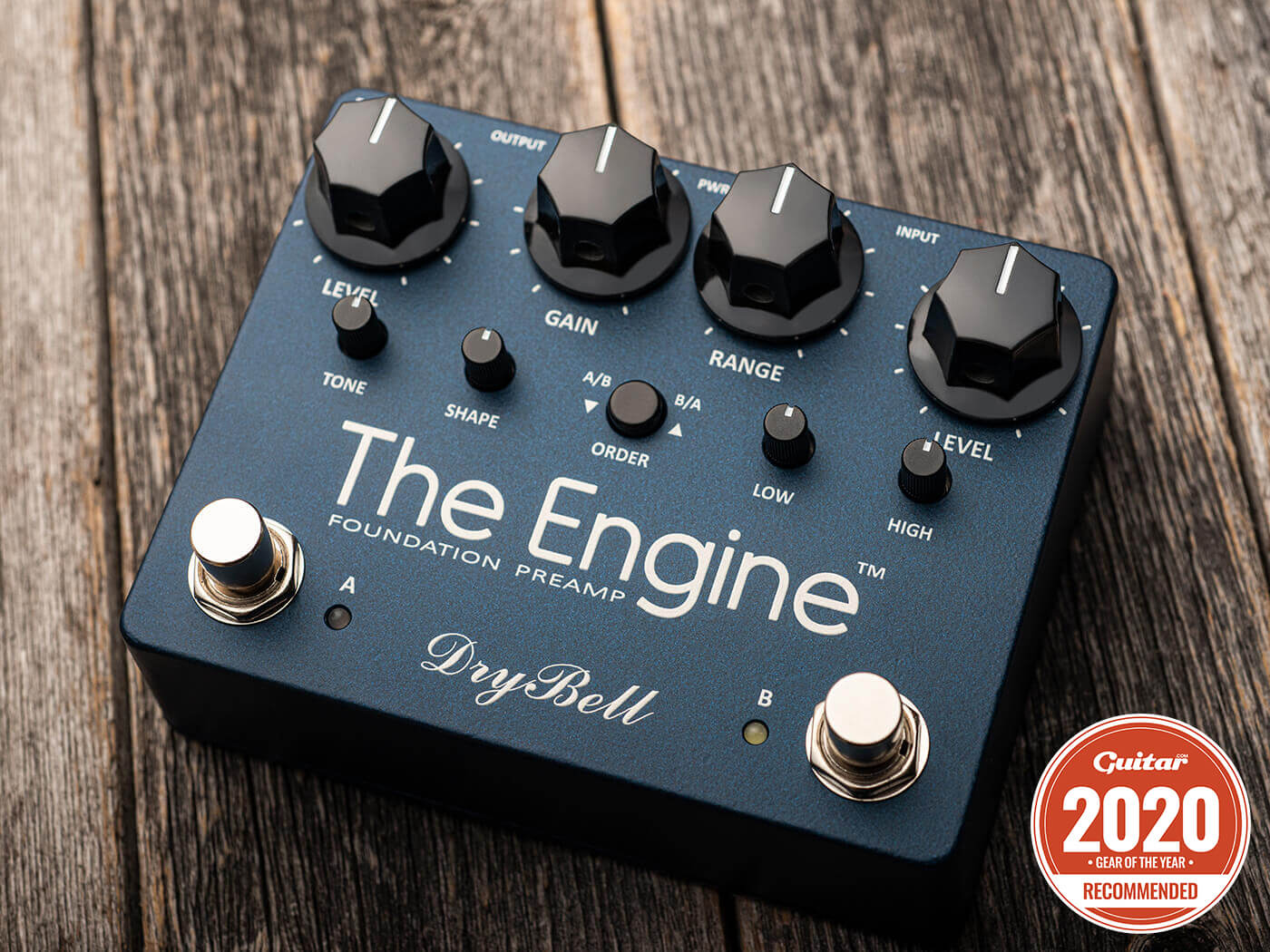 This ‘foundation preamp’ packs both a Plexi-style overdrive and a versatile boost circuit for a full suite of 1960s British rock and blues tones – in one luxury package. A preamp is as much about tone-shaping as it is about dirt, and for what it’s worth, the Plexi side of this unit can go almost completely clean. But what we’re really here for is the crunchy stuff… and it’s extremely good.

It hardly seems to matter what kind of amp you run it through – the Engine’s drive circuit pushes out classic Marshall grind, with that familiar tight bass and sweetly rasping edge. The mid-gain sounds are on the money and, yes, it will stretch to JCM800-style heavier tones with no less authority. 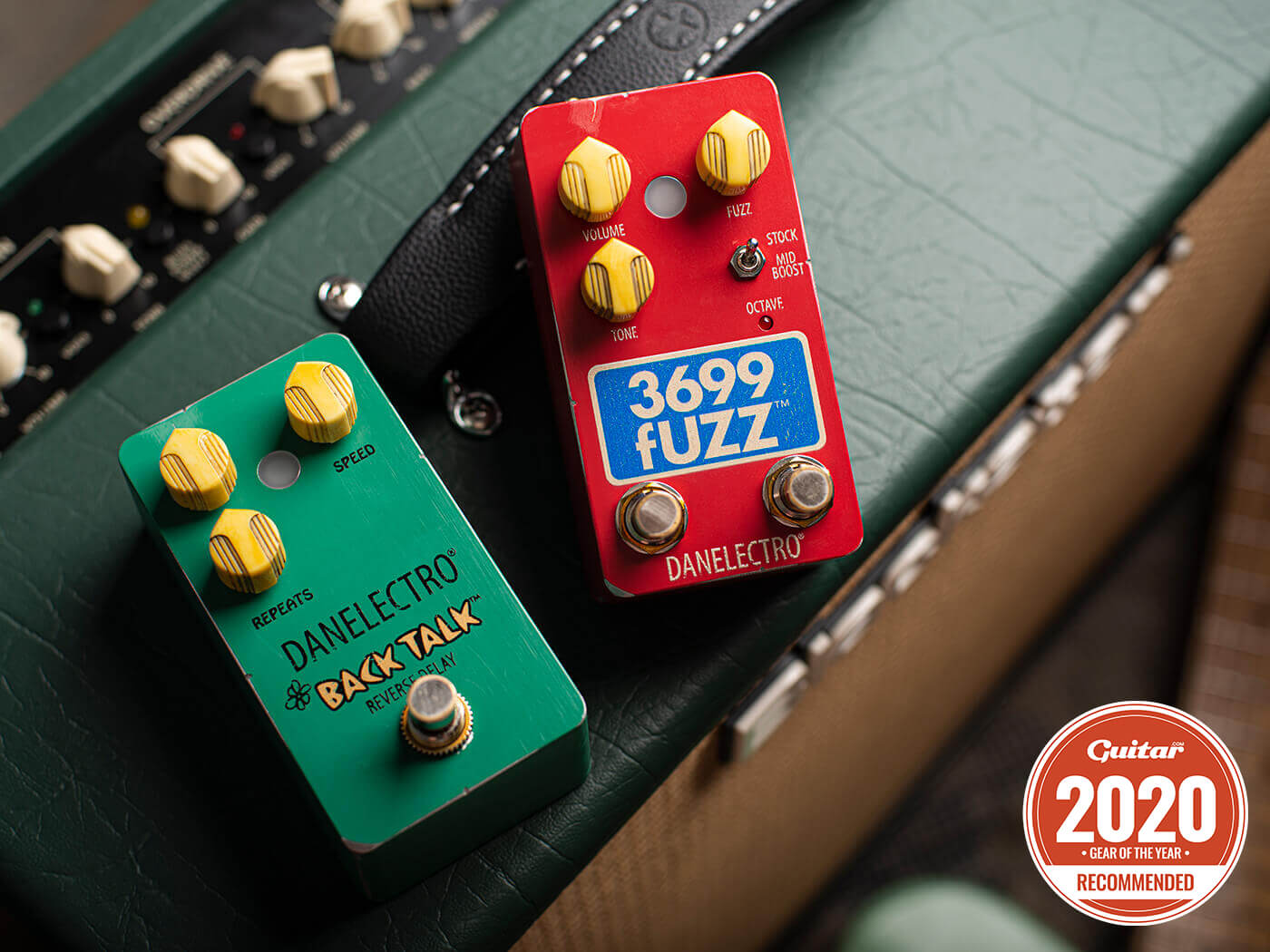 Introduced in 1999 for what seemed like only a moment, the Back Talk Reverse Delay was one of a trifecta of 1960s-inspired Danelectro pedals that leaned heavily on the psychedelicate textures so appealing to players of the 1990s. So it’s classic, if very niche, effect – but if you’re looking for a dedicated reverse delay, this is the one.

One of the joys of the Back Talk’s design is that the controls are extremely simple, leaving a lot of the expressive potential to the player. The speed and repeat controls are self explanatory, with the mix knob playing a pivotal role in creating a multitude of textures from a gentle, reverse slapback delay to towering, Castles Made Of Sand reverse leads and John Martyn Small Hours soundscapes, with minimum effort. 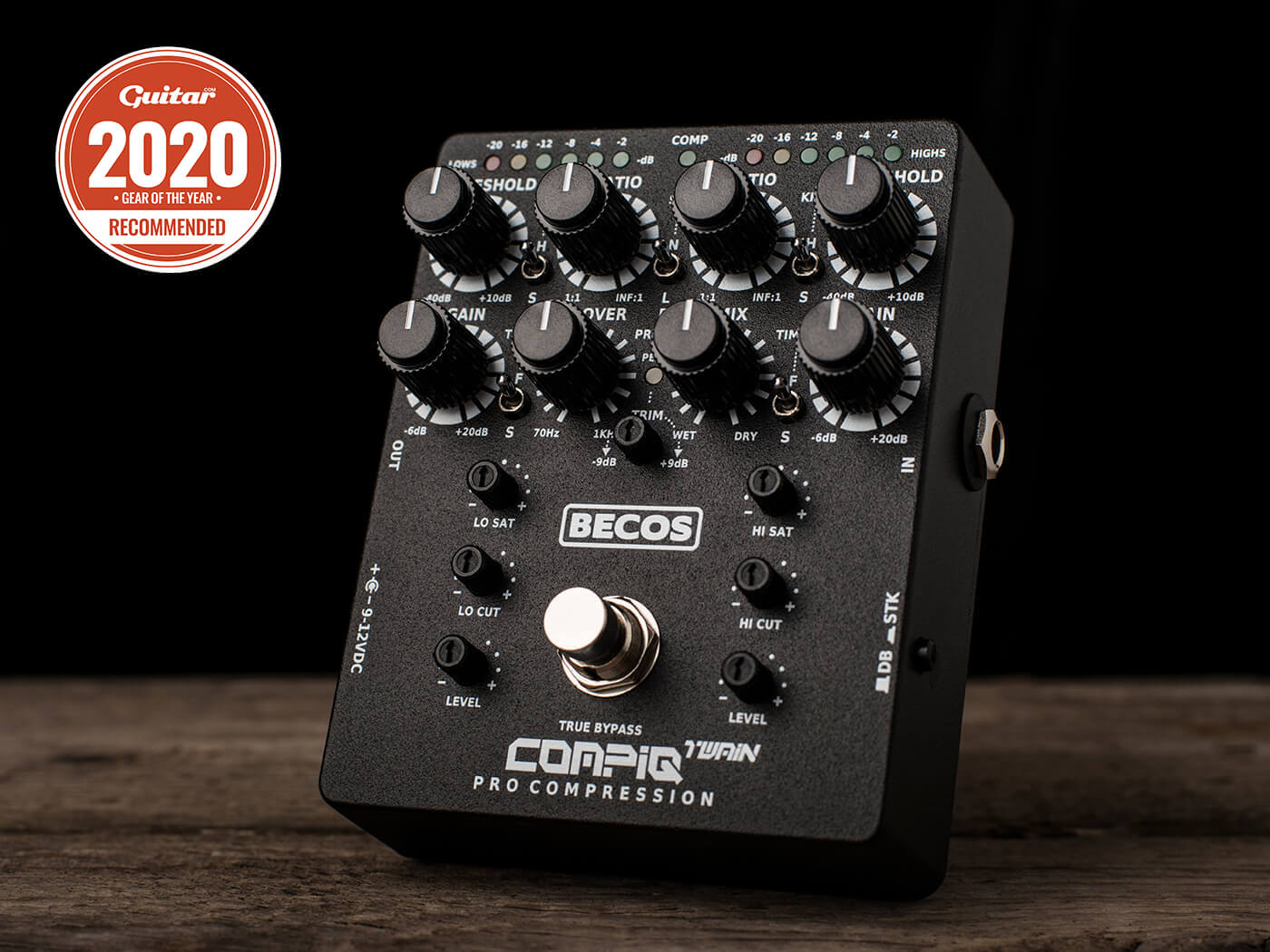 The CompIQ Twain is a remarkably versatile compressor pedal with a low noise floor and pristine audio quality. It’s more like a multi-band mastering compressor than the units most guitarists will be familiar with. A lengthy familiarisation period will be required for any guitarists who decide to take the plunge, but the Twain cooks up every style of guitar compression we can think of – from subtle and transparent detail enhancement through Lowell George and onto brickwall limiting with unlimited sustain.