Seven decades or more after it first captured the imagination, the guitar continues to be a source of huge innovation – these are the products that best exemplified that ethos. 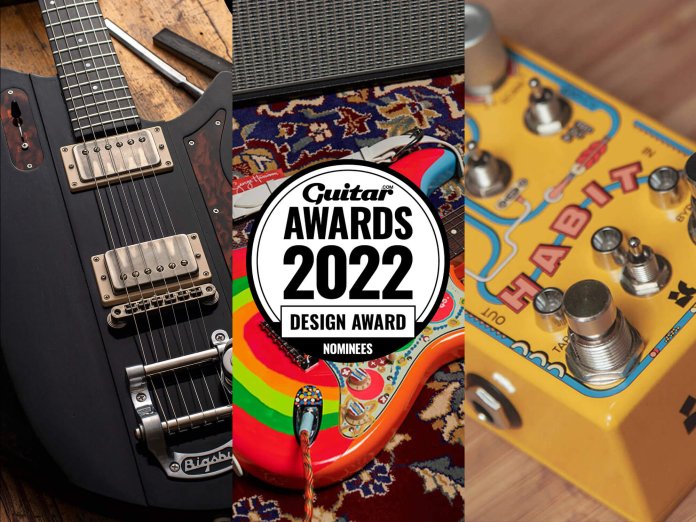 It’s to our continued delight and amazement that, nearly a century after it seized its place as the ultimate instrument of popular music, people are continuing to do wonderfully innovative and original things with guitars and things that you plug guitars into.

The Design Award celebrates the seemingly infinite capacity for the brightest and most creative minds in guitar culture to come up with inspirational new ways to put a spin on a bunch of wood, strings and early 20th century technology.

Whether it’s big guns finding new ways to do things that would have been unthinkable a few decades ago, or maverick geniuses working out ways to make sounds we’ve never heard before, the spirit of the Design Award is the primary reason why 70 years on, the guitar remains undefeated. 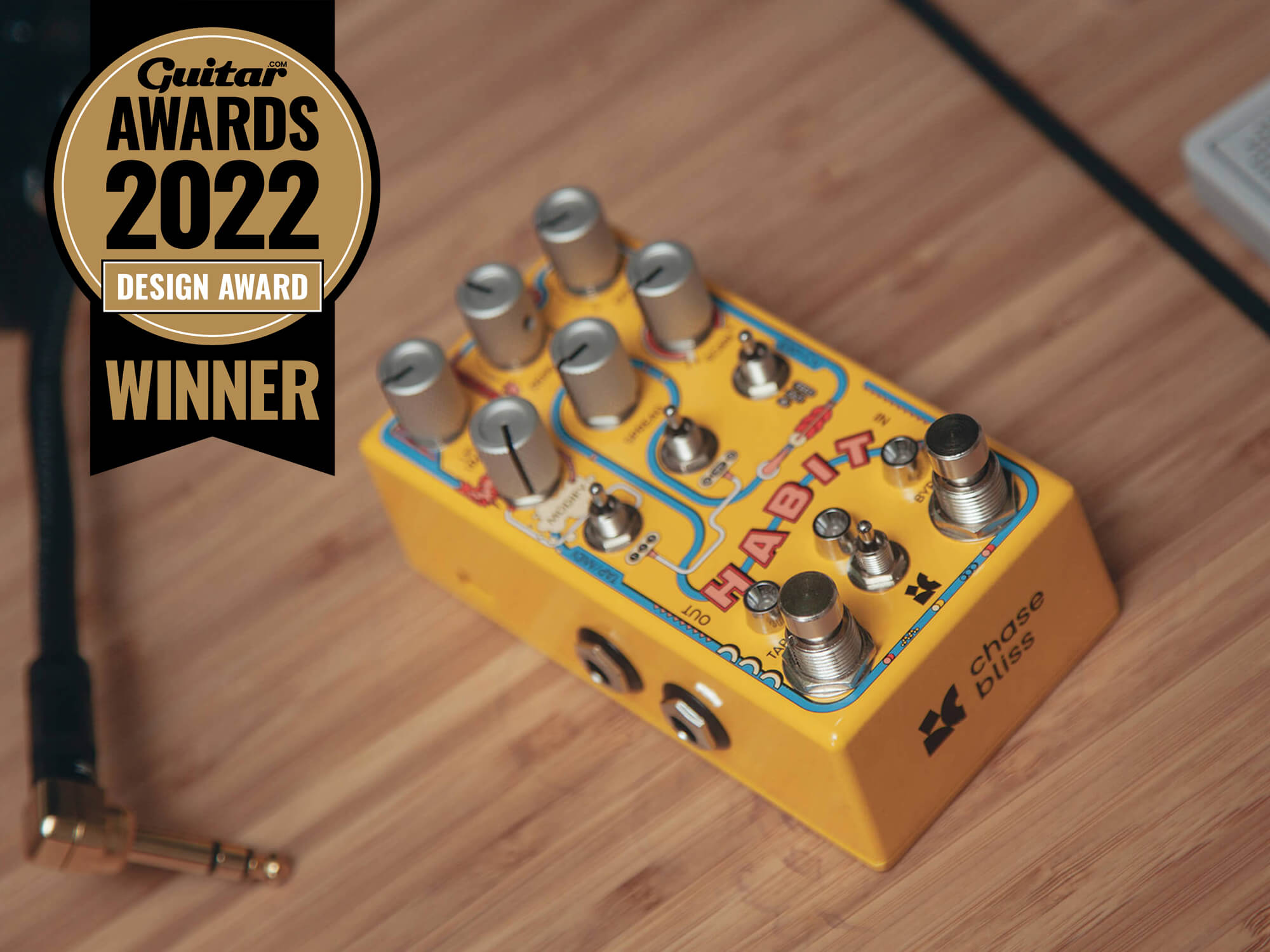 Whether it’s making everyone want flying faders on their pedals or reshaping the way that people think about loopers, Chase Bliss has been creating thoroughly innovative and thoroughly musical pedals for a good while now, each one a polite but firm statement that says, ‘We don’t care what anyone else does, this is our way of doing things.’

This year’s Habit delay pedal might be the most definitive of those statements yet. You can’t move in the boutique pedal world for ‘quirky’ delay pedals but the Habit is something altogether more interesting – the latest fruits of their collaboration with YouTube pedal guy Scott Harper (aka Knobs). Harper first collaborated with Chase Bliss to create the hugely popular Blooper pedal and is now on board full time as the brand’s head of product development – his unique approach to making music is all over the Habit’s wonderfully eccentric design.

Effectively an always-on sampler, the Habit stores everything that you’ve played in the last three minutes and then, with a twist of a knob or two, pulls out snippets that are then modulated and manipulated to create a chorus of gloriously glitchy, unexpected sounds for you to build your soundscapes using.

As our review stated, “The Habit is a highly unconventional delay pedal – in the same way an elephant is a highly unconventional insect.” And it’s also one of the most inspirational and innovative pedals the brand has ever produced. But ultimately what makes the Habit so special is the way it was made – in an industry where collaboration is so often at the heart of innovation, Chase Bliss has made it fundamental to the future of the brand.
With Cooper FX main man Tom Majeski also joining Chase Bliss this year, you can’t shake the feeling that they’re building a wildly inventive supergroup – as the Habit proves, things are much better when people put their heads together. 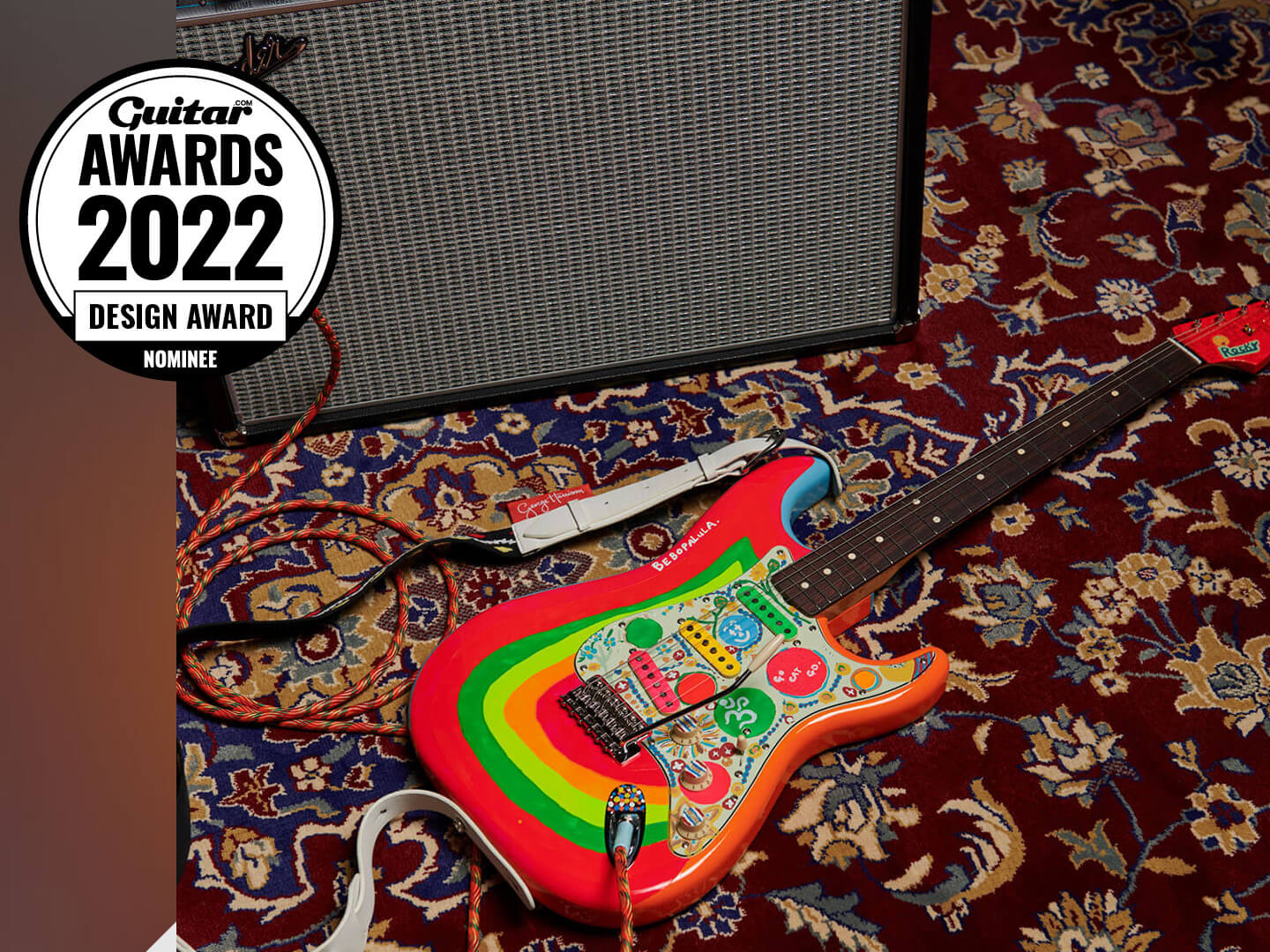 Earlier this year we were chatting to Jackson/Charvel’s Vice President John Romanowski about the difference between what a multi-headed global megabrand like Fender does versus what a small boutique luthier does in terms of producing an instrument.

To paraphrase our conversation, Romanowski opined that while it’s very impressive and laudable to make one great guitar, it’s infinitely harder to produce great guitars at scales in the hundreds, thousands or tens of thousands and at various price points. The ability to do that with consistency across all its various brands and factories, Romanowski opined, was what made Fender special.

We were reminded of that conversation when Fender revealed the George Harrison Rocky Stratocaster earlier this year. We were impressed enough with the meticulous recreation of this most esoteric and unique Strats when it was revealed as a Custom Shop Master Built instrument in NAMM back in 2020 – but that was £23,000. For Fender’s Ensenada facility to have produced a guitar that is damn close to the look of the Paul Waller-made version for less than a tenth of the cost is a remarkable feat of design and innovation in the field of mass-produced instruments. 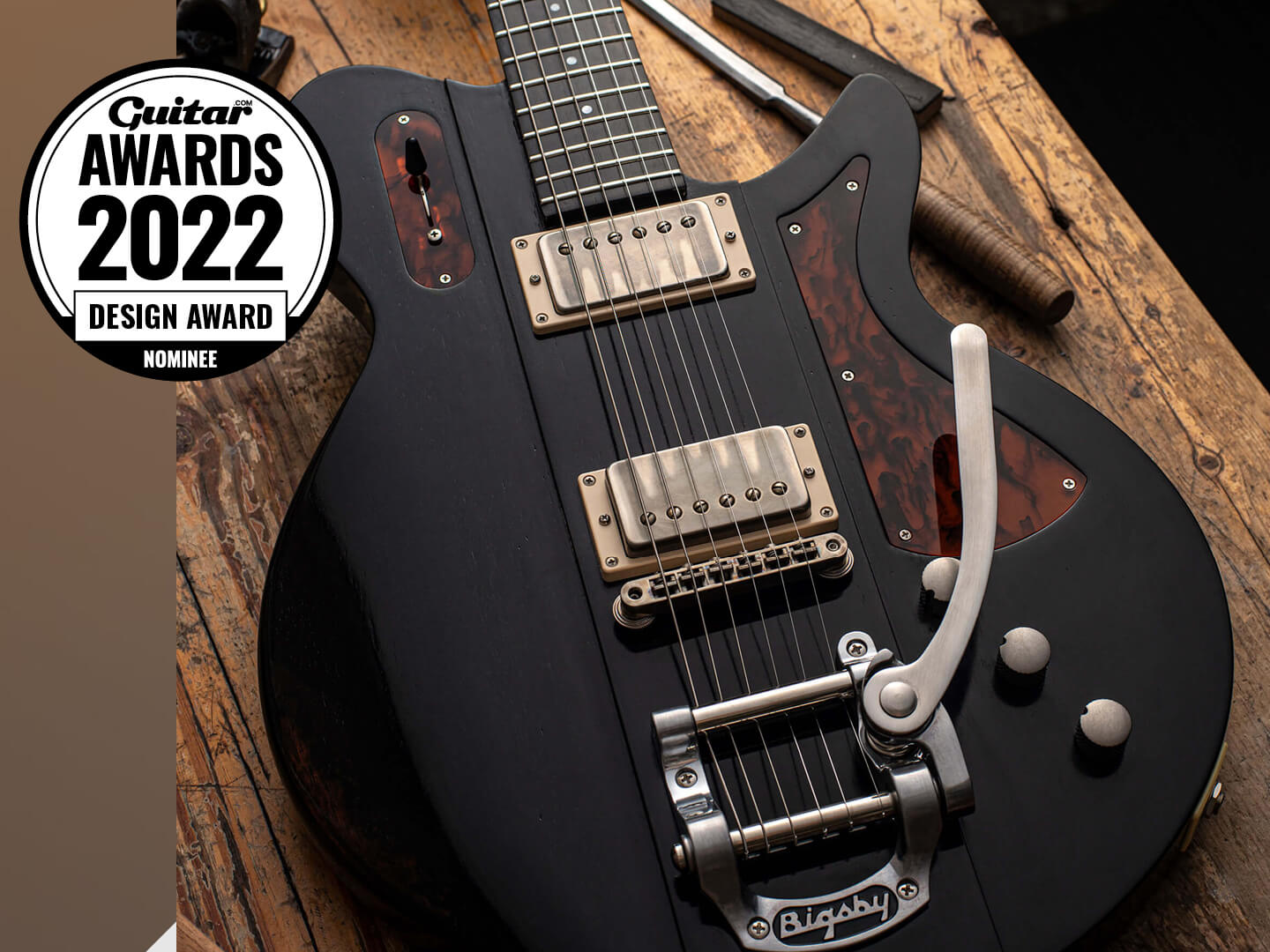 When you’re a guitar company that has made its name paying tribute to the classic designs of the Golden Era, it can be hard to break out of that box – both as a company and in the perception of the wider guitar market.

All of which makes the moves that Chinese disruptors Eastman Guitars have made in the last few years all the more interesting. The brand came to wider prominence by producing Gibson-inspired instruments of remarkable quality and playability that flipped the script on the tired old tropes about Asian-made instruments, and for many brands carving out such a successful niche would be enough.

But Eastman clearly have ambitions beyond people’s expectations, and that’s evidenced in the Juliet, the company’s first ever original solidbody electric guitar design. In the hands of chief designer Otto D’Ambrosio, the Juliet is a remarkable thing – a design that feels familiar and yet unique, pulling in elements of boutique design and the all-time classics. Simply, it’s one of the coolest new electric guitar designs of recent years.