The Guitar.com Awards 2022: Product Of The Year Award winner revealed

This is the big one: presenting the winner for our overall best guitar product of 2022. 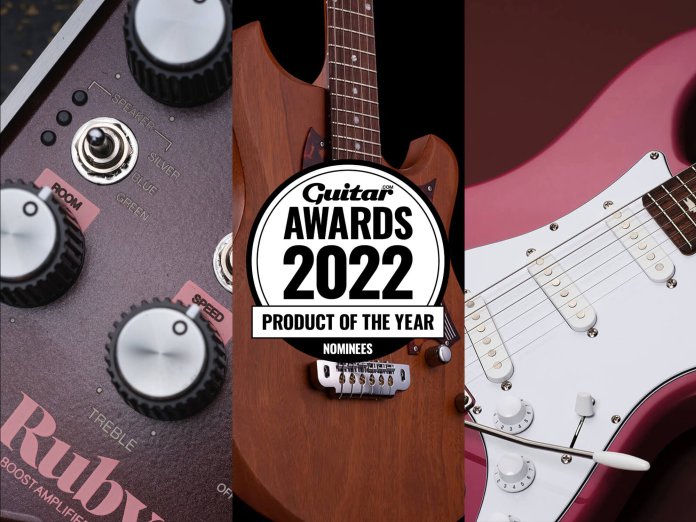 Awards are by their very nature subjective, but even amongst the hotly debated products that Guitar.com ran its collective rule over in 2022, there are some that stood out – the ones that everyone was raving about regardless of their personal tastes.

These products make up the shortlist of our Product Of The Year 2002 award – just being here is a laudable achievement, but only one can take home the biggest prize of all. Here’s your runners and riders.

Paul Reed Smith and John Mayer had already rewritten the script that said people only wanted S-types made by Fender with the US-made Silver Sky. Despite the huge controversy that greeted the guitar’s launch back in 2018, within a few short years the guitar had not just completely changed how guitars are launched and marketed, but had been such an outrageous success that PRS couldn’t make them fast enough, with the guitar hitting the number three spot on Reverb’s best selling electric guitars in 2021.

Everyone knew what was coming next – the logical step for any runaway guitar success is that you make an affordable version. What many of us didn’t expect, however, was that the SE Silver Sky would be such a remarkable instrument that it would cause many to wonder if they should trade in their US models for the Korean version, so well-received has its tweaked neck profile and less vintage-correct 8.5” radius been versus the more baseball-bat charms of the USA model.

It’s a lot more than just a neck profile, too – the pickups sound wonderful, leading our reviewer to conclude that plugging in a Silver Sky SE amounted to, “an objectively beautiful sound coming from a modern, elegant take on a design that we’ve probably all owned at some point in one form or another.”

And therein lies the remarkable feat of this SE version of the Silver Sky – a mid-priced Strat is something that we’ve all owned at one point in our lives, but rarely has the venerable S-type been so desirable or had a fundamental essence of cool than Mayer and Smith’s take. Don’t believe us? The number one best-selling guitar on Reverb in 2021? Not a Strat, or a Tele, or a Les Paul – the PRS SE Silver Sky. 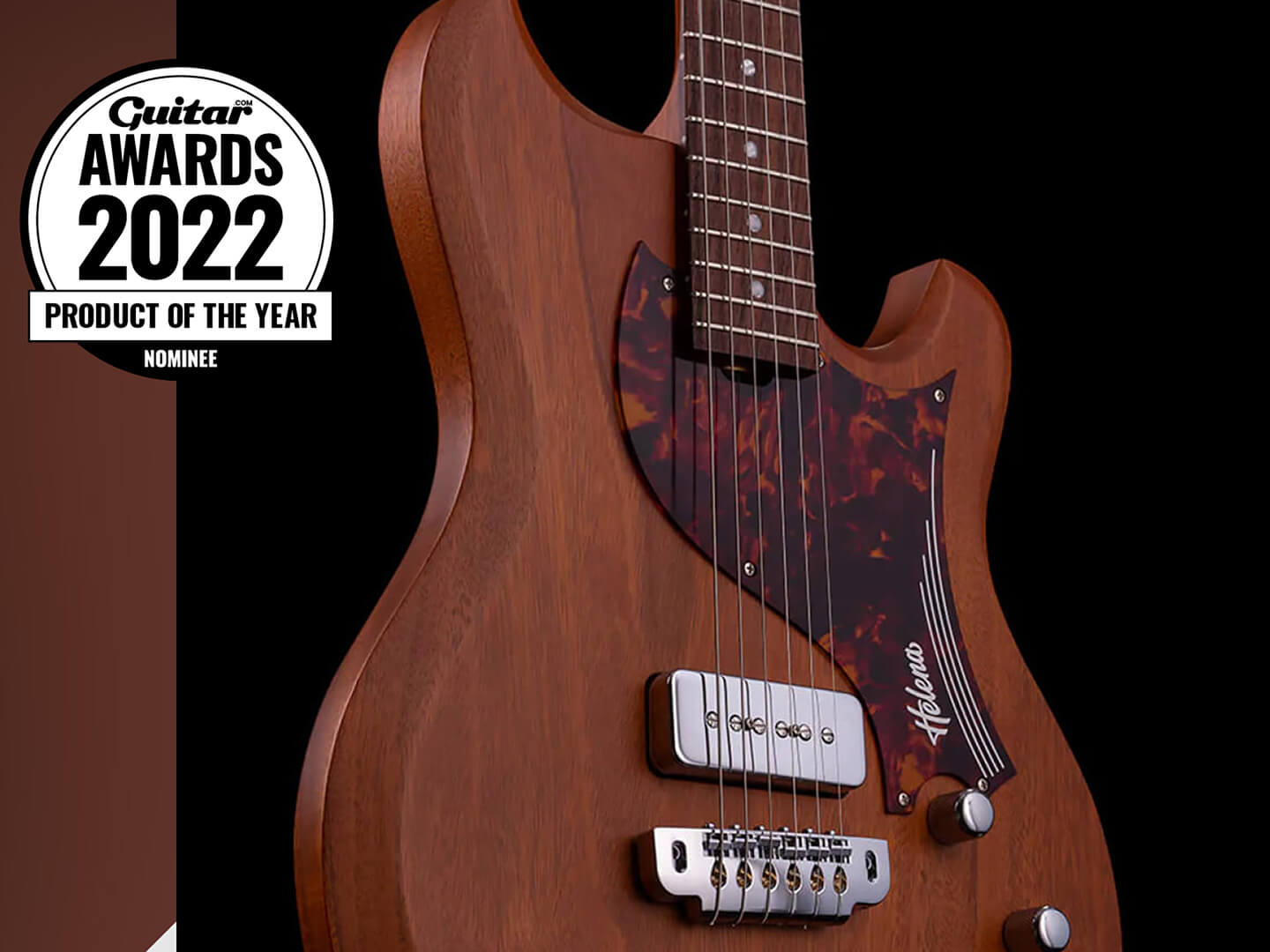 It’s hard to make an original electric guitar design nowadays. The instruments that still get most people’s blood pumping in 2022 are the same ones that have been charming us for at least half a century now, making it all the more difficult for something new to make its mark.

Which makes the Helena – the first solidbody electric guitar design from Israeli maker B&G – all the more remarkable. There’s something about this design that just feels like it’s always been there, pulling in various design cues from a host of Golden Age guitars without ever veering into pastiche – it’s a beautifully elegant and understated design.

And then you plug it in, and – especially in its single-P-90 configuration – you experience one of the most joyful and rewarding instruments you’re ever likely to play. It ain’t cheap, but guitars this good rarely are. 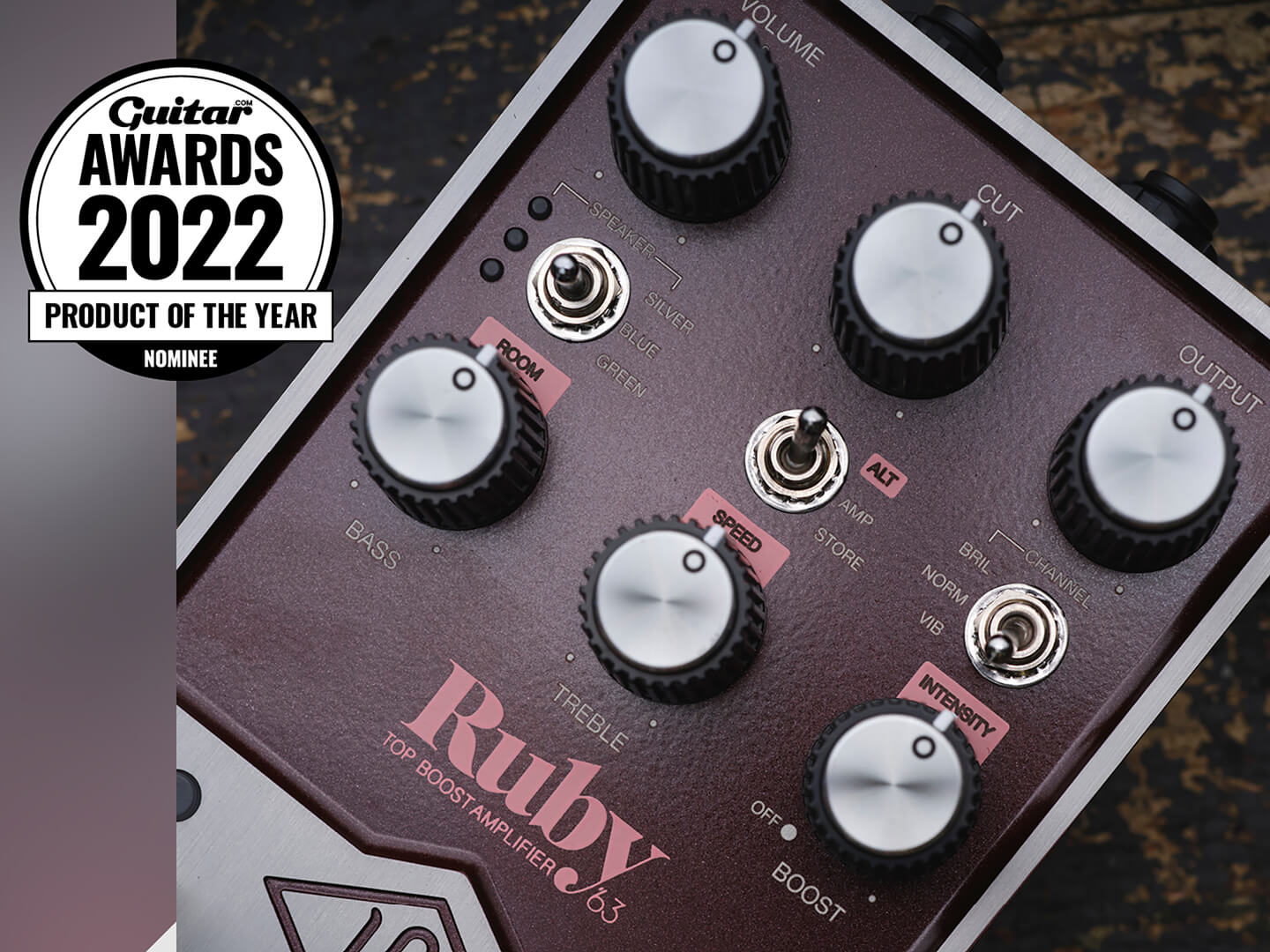 It’s been coming for a while now, but 2022 really did feel like the year that ditching your amp went mainstream in the guitar world. With live music still feeling the devastation of the pandemic and with many of us still doing the bulk of our guitar playing at home volumes, the pedalboard amp is here to stay.

And when they sound as good as Universal Audio’s remarkable UAFX Amp Emulators, does it really matter? Yes, they’re expensive, and yes they only emulate one amp… but that rather misses the point of the whole endeavour. You’d never drag four amps to a gig before so why do you need more than one now?

And think of the tradeoff. For less than the price of a Blues Jr you can enjoy a studio-quality emulation of one of the most iconic amps of all time, that sounds just as good through a PA as it does your audio interface – and it’s not much bigger than a standard pedal. There’s a reason why every guitar player on Instagram seems to have one of these on their boards – believe the hype.