As the son of a folk legend Blair Dunlop’s foray into music was not without pedigree, but he’s more than earned his stripes since. He talks to Sam Roberts about Duo Jets and five-a-side football… 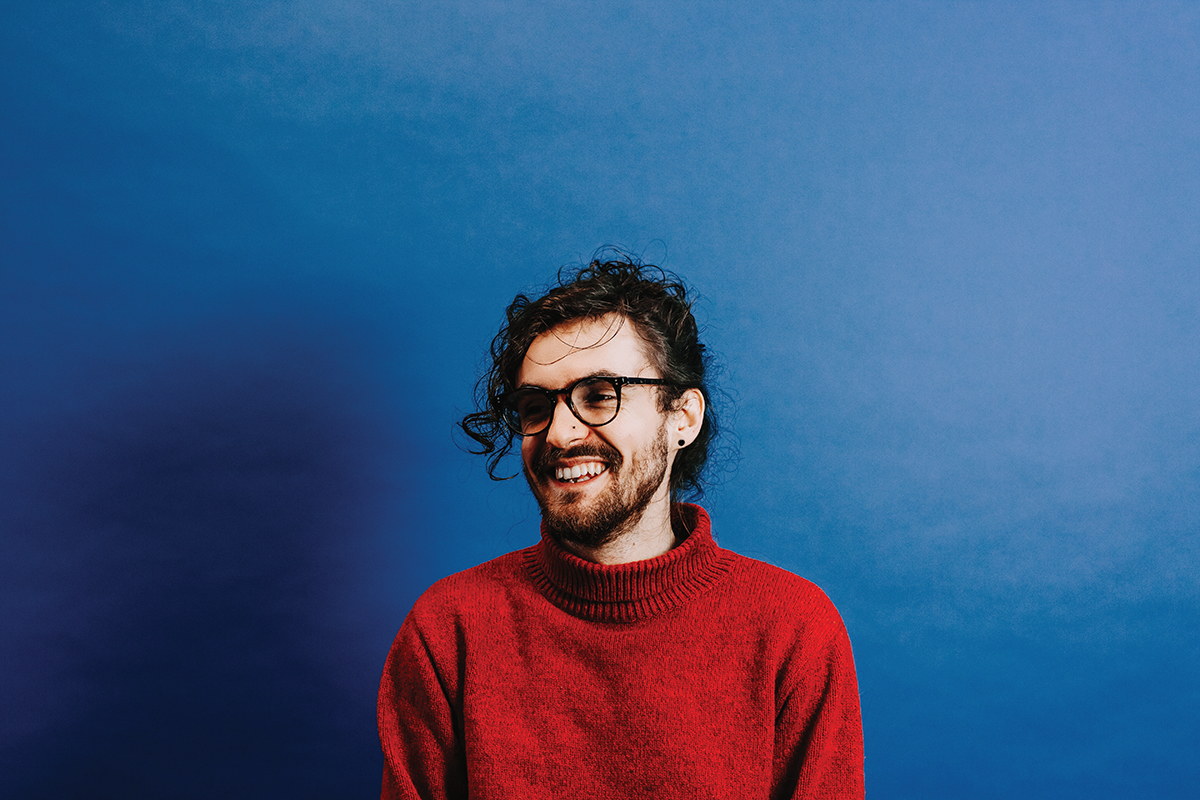 “There were always instruments around the house, as my parents are both musicians, so it never felt like a conscious decision. I’ve played for as long as I can remember.” Blair tells us of his beginnings as a musician, carefully omitting that his father, Ashley Hutchings, was one of the leading lights of the British Folk Boom in the late 1960s through his work with Fairport Convention and Steeleye Span.

His start in the arts came at around six, but there was also a time where he had the opportunity to pursue a career in acting – he played a young Willy Wonka in Tim Burton’s 2005 adaptation of Charlie And The Chocolate Factory – but his future always was with a six-string, or possibly a football, in hand.

“The acting thing kind of happened around me, music was always my first love. Well, music and football, but I was no good at football!” he declares. “Some people would say I was no good at either… but those people have never seen me play five-a-side!”

If anyone was questioning his musical talent, they can’t have been doing so for long. His first full-length album – 2012’s Blight & Blossom – featured collaborations with Larkin Poe and his take on an unreleased Richard Thompson track among the highlights, and it led to him winning the prestigious BBC Radio 2 Horizon Folk Award in 2013.

That success was followed by another two well received records in House of Jacks and Gilded, but on his fourth full length LP, Notes From An Island, he develops a more mature sociopolitical undertone to his music.

“I never really sit down with a political agenda when I write but there are a few references in the record.” The 26-year-old admits. “I think that is more of a reflection on the crazy time the last couple of years has been. I guess the album draws parallels between personal and national isolationism.”

On Notes From An Island, he maintained close working relationships with Dave Burn, Gita Langley and Ed Harcourt (Sophie Ellis-Bextor, Paloma Faith, The Libertines et al).
“Working with Ed was a real pleasure; he brought so much to the record.” Blair reflects on the Mercury Prize-nominated songwriter. “There was a really healthy to-and-fro between us, never conflicting but always constructive. He’s very good at creating a vibe in the studio, one or two late night whiskey infused takes, and he’s got the magic ear!” 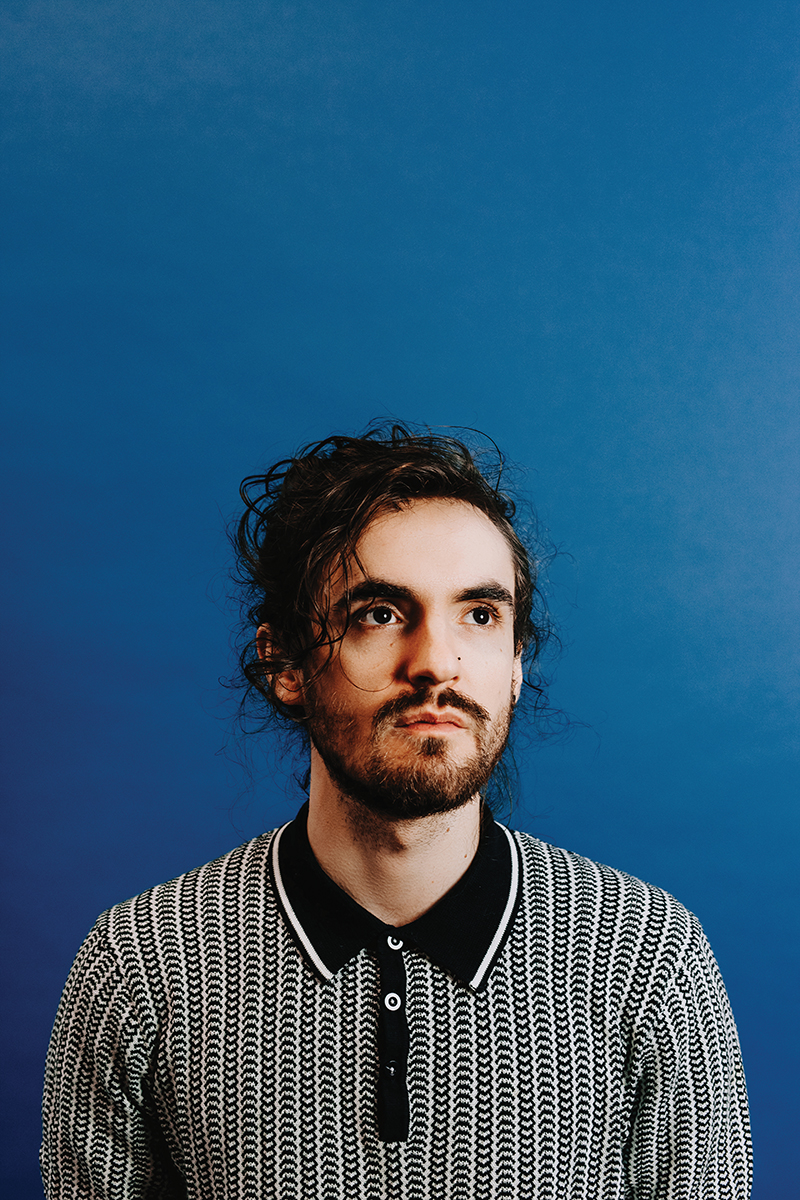 Despite his pedigree in the British folk scene, including a brief period as the band leader of The Albion Band following his father’s departure, he chose to approach his new album as an electric guitar player.

“It wasn’t a particularly considered decision to play more electric on the new album; it was just the guitar I wrote most of the songs on! I switched to a Gretsch Duo Jet which was a big change because I’ve always played Teles and Strats. I don’t know if it’s the Bigsby or the Filter’Trons or even the aesthetic, but it’s changed the way I play electric!”

When asked about his recently acquired Duo Jet he remains coy. “I think it’s best to say that the guitar found me rather than vice versa… Shall we say that it’s not anyone’s as much as it just happens to be in my possession right now?” Although he does concede that it’s a happy coincidence. “I’m so glad I came across it though. I’ve always loved the sound of a Gretsch but never got on with them before this one. There’s just something about it!”
In many ways, Blair still approaches his guitar playing as an acoustic/fingerstyle player, in spite of his newly acquired affinity for Duo Jets.

“I hybrid pick a lot now, so I’m not as much of an exponent of fingerstyle playing as I was when I first started making records.” His acoustic influence still lends its hand to his choice of tunings too, derived from his back catalogue of acoustic influencers.

“I still play in quite a few alternate tunings, and I learnt to play in variants on DADGAD and Open C because I was inspired by acoustic fingerstyle guitarists who used them.”

It only seems fitting then, that prior to the announcement of his new album, Blair embarked on an Australian tour, most notably playing at Port Fairy Folk Festival in Victoria and opening for instrumental flamenco duo Rodrigo Y Gabriela.

“Australia is ace, I love it. The recent tour was very fun for many reasons; chiefly among them was that my mum came out with me as she’d never been to Aus before.” Blair humbly admits. “It was the least rock ’n’ roll touring party of all time, but amazing in its own way. I love the festivals over there, they’re very special.”

With big name songwriters in his corner and folk in his DNA, Blair Dunlop could help bring the genre back to the forefront of the UK music scene. He’s not resting on his laurels, either – focus has now shifted to an extensive UK tour to support the album, as well as working on its follow-up… provided he can tear himself away from the football, that is. “Writing the next album and watching the World Cup will be the main things occupying my mind this summer!” he adds.

Notes From An Island is out now via Gilded Wings Records.