A brief history of Fender amps

Leo Fender might have been more famous for guitars, but he was an amp guy first and foremost, and his creations remain some of the most popular and played boxes in history.

Before Leo Fender made the guitars that would change popular music forever, Leo Fender was an amp guy. Starting out building PA systems for local bands, he eventually graduated into making amplifiers to give these newfangled electric instruments a boost, and then finally turned his hand to guitars.

But this parallel evolution is a big part of why Fender is one of the few brands whose amps are equally as respected and iconic as its guitars. Fender amplifiers have certainly evolved over the decades. Ever the tinkerer, Leo was always changing circuitry, and adding new features and aesthetics.

From early home-made designs to meticulously manufactured, world tour-ready music machines they have reached a broad audience of musicians and listeners alike. This is a brief history of Fender amplifiers and how they changed music.

K&F manufacturing and the “Woodie”

Leo Fender’s partnership with Doc Kauffman was a brief one, but would lay the groundwork for Fender amps as we know them today.

The pair’s K&F Manufacturing brand released their first small-watt tube designs in the mid-1940s. The enclosures were steel casings with a finish that was baked in Doc’s oven! They didn’t have any covering, and depending on the model came with a single 8”, 10”, or 15” speaker.

When Fender started making amps under his own brand, some of the first models were continuations from K&F. The names of these amps have passed into rock ’n’ roll immortality, but the Deluxe, Princeton, and Professional have been re-imagined and re-issued numerous times in the decades since.

The original iterations of these Fender circuits were improved over their K&F counterparts, enclosures were made from spare wood. They sported a wide panel design, mirroring the look of television sets of the time.

The collector market would endearingly come to call them “Woodies”. The run of these amps was short-lived, ending in 1948. But Fender would carry the model names into the future.

The need for tweed

1948 saw Fender usher in the unofficially dubbed “Tweed phase”, so called because the coverings of the amps changed to a cotton twill cloth that is now so iconic that practically every amp maker produces a box covered in that very same material.

Highly regarded for their tone, these 50s models still had the “TV-style” front. But it wasn’t long before they moved to a wide panel design, with elongated top and bottom sections around the grill. Around this time the Twin and Bandmaster came to market.

The “narrow panel” amps rank among the most sought-after and valuable ever. Many became the templates for rock n’ roll amplifiers. And other companies took notice. Legend has it that Marshall’s JTM45 was a British evolution on the Bassman’s circuit. 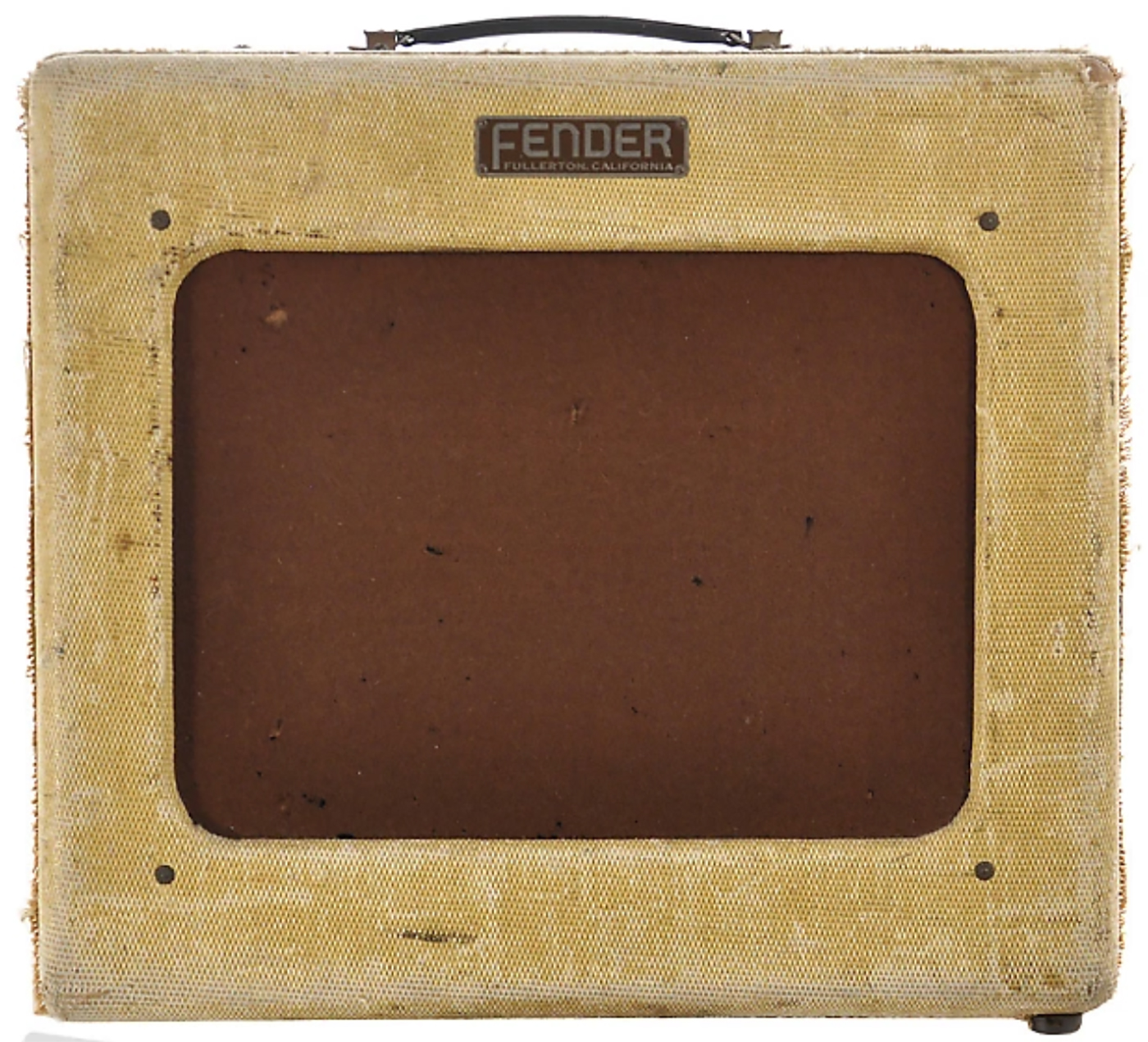 Between 1959 to 1963, Fender’s amp livery changed again, this time adopting a brown-coloured front panel. The covering was originally tweed, but Fender would eventually move on to harder wearing tolex, which was also brown. Three different grille cloth colors were used – brown, wheat, and maroon.

But the tolex and cloth combinations were pretty random. Fender never standardized which pairing went with which model. When tolex was introduced, it was light brown with a maroon grille cloth. Around 1961 they switched the tolex to a dark brown. This remained until 1963.

This was certainly a time of shift for Fender. Some of the more popular models that took on the tolex aesthetic were the Professional, Bandmaster, and Twin. The less expensive, beginner models kept the tweed covering until the end of the Brownface era. These amps had more fidelity and versatility than the ones that came before them.

Brownface amps had some significant circuitry changes. Due to updated output sections, they provided a more predictable response. Fender created the novel and entrancing photocell vibrato effect. Two channel circuitry became standard. The tone section was overhauled. They started experimenting with different types and brands of speakers.
And after the standalone reverb unit was released in 1961, Fender began adding on-board reverb to their amps starting with the Vibroverb in 1963.

Perhaps the most recognisable and enduringly popular Fender amps, between 1964 and 1967 Fender entered the ‘black panel’ era. Early models featured white tolex covering with a black control panel. The familiar “witch’s hat” control knobs were introduced, as well as the bright switch. The next year Fender would change the tolex covering to black.

This was a big step forward in Fender’s tone stack, adding in a mid knob while phasing out the presence control. The improved Schumacher transformers was also one of the biggest parts of the electronic recipe.

Other than the Champ, Black Panel amps used ceramic speakers. The cabs of this era were intentionally designed to resonate as little as possible. This placed more importance on the amp’s controls, helping to take the cabinet out of the tonal equation.

Black Panel amps are among the most revered in Fender’s history. And production occurred at a unique time for the company, as the amps were produced during and after the CBS buyout in 1965.

It’s possible to tell if your Black Panel amp is pre or post-CBS by the front panel. If it reads “Fender Electric Instrument Co.” it is most likely pre-CBS. And if it says “Fender Musical Instruments” it’s probably post-CBS.

Whether it really matters is less clear cut – the pre-CBS models might hold more value on the vintage market, but the circuits didn’t undergo any significant changes until 1967. 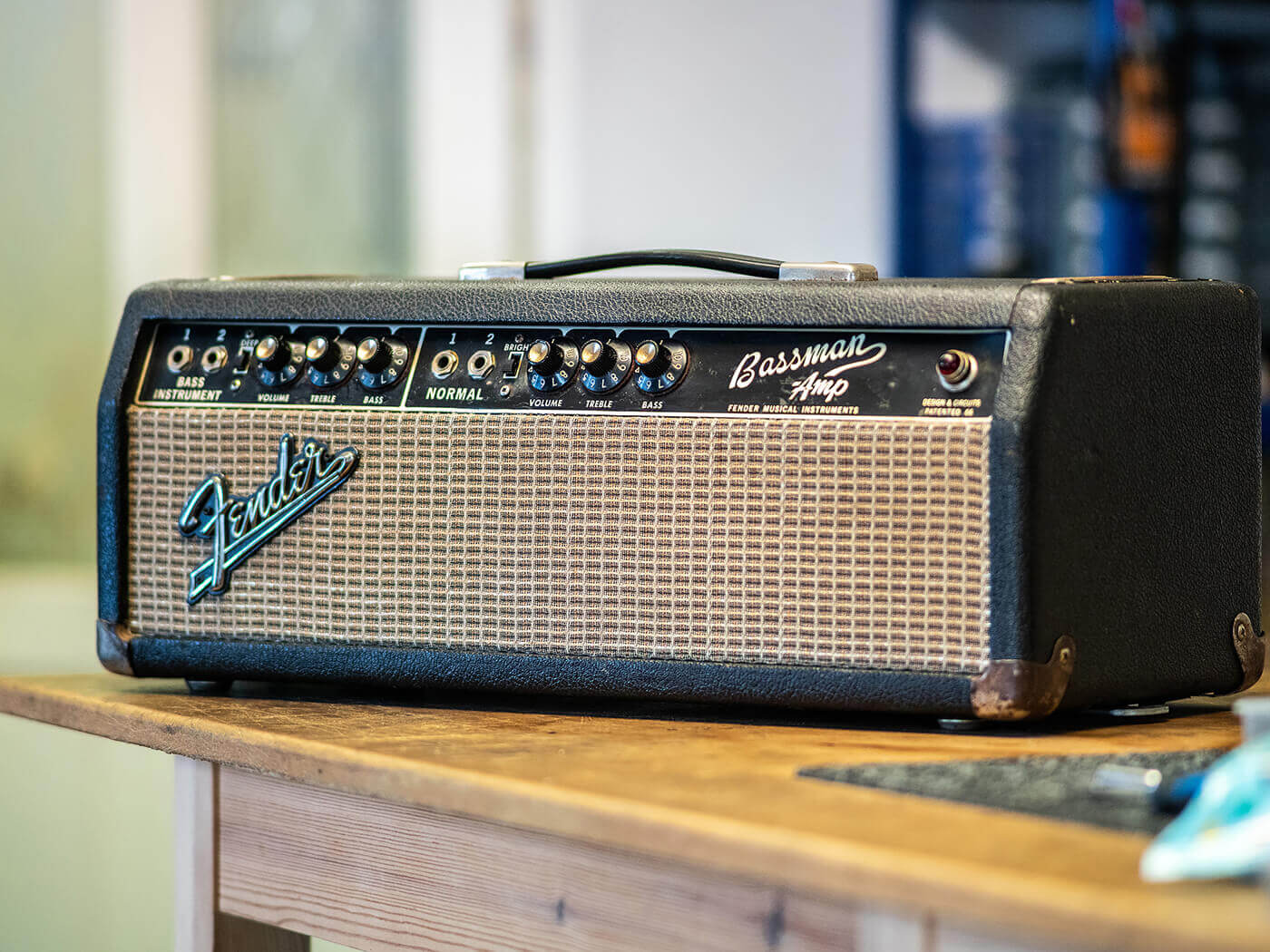 Managing to hang around relatively unchanged for over a decade, the silver panel era of Fender amps remains one of the brand’s most enduring lines, being offered from 1967 all the way through to 1981. The look included an aluminum trim and “tail” logo. The sparkling blue and silver grill-cloth is still popular today, though some came in silver and orange.

However, an amp having Silver Panel aesthetics doesn’t always coincide with the circuitry underneath. In 1967 and the following year, the Twin and Super Reverbs were altered to correct an operating issue. In 1968 some circuit changes were made to various models like the Twin, Dual Showman, and Super Reverbs. The master volume control was introduced, and there was an overall push to increase power on certain models. But some like the Deluxe only saw superficial changes.

In 2013 the ’68 Custom line was released. Models included the Twin, Deluxe, Vibrolux, and Princeton. Each of these have reverb and tremolo effects on both channels. And the “Custom” channel has a modified tone circuit. 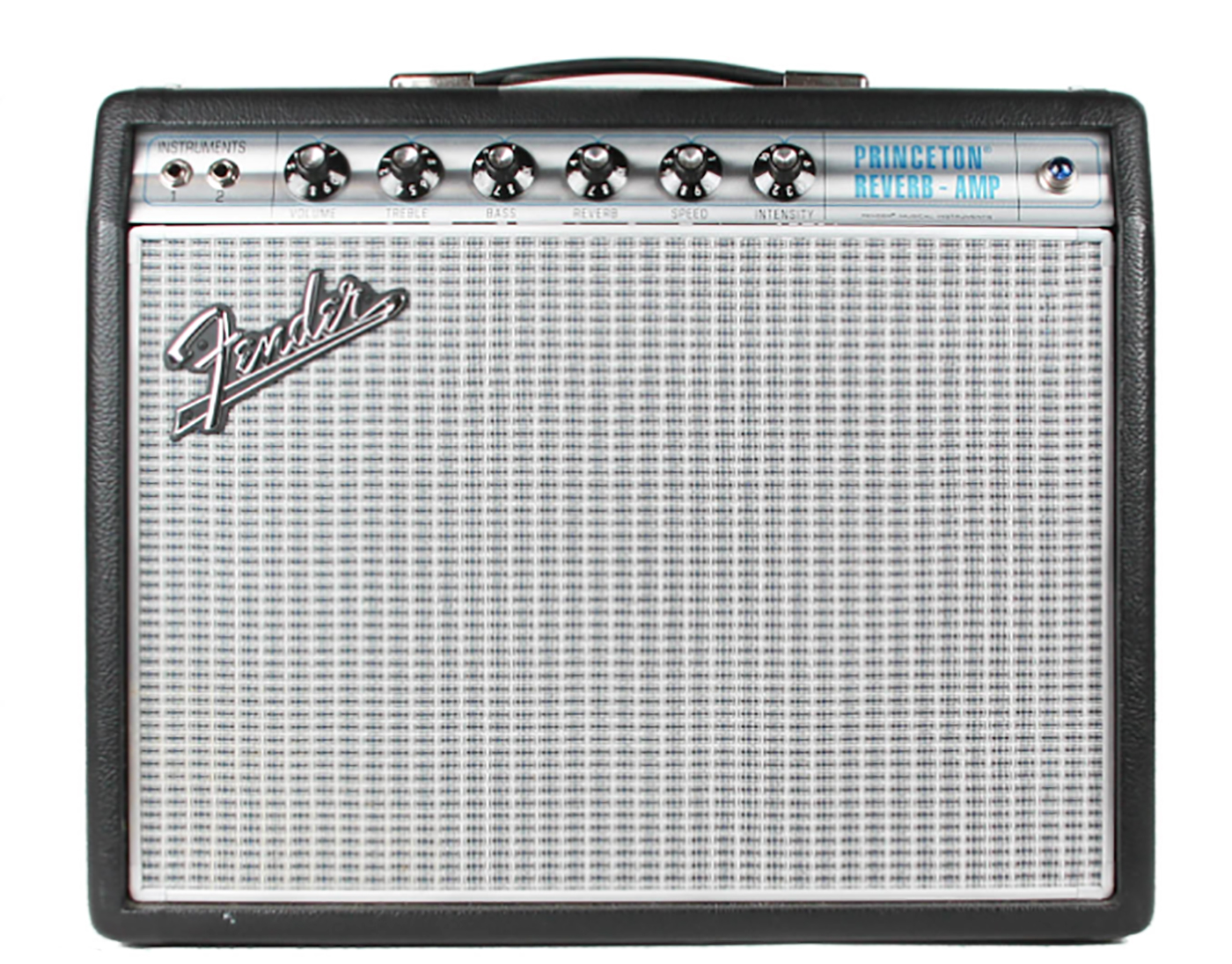 Transistor-based amp circuits started to gain traction in the mid-1960s, and Fender jumped on the technology with the intent on making the unreliable vacuum tube-based amps a thing of yesterday. Fenders first solid-state amps started appearing in 1966. It wasn’t just solid-state amps that Fender built, but reverb units and PA systems as well.

1969 saw the release of the Zodiac series, as well as the Super Showman System. The Zodiac was… unique. The cover was a fake alligator skin. They were combo designs that didn’t offer much by way of features. Set at a lower price point, they were designed to appeal to beginners and the cost-conscious.

The solid-state Super Showman was designed by former Gibson employees Seth Lover and Richard Evans. This unusual design was comprised of a preamp and two self-powered cabinets. The head featured cascading channels and built-in effects like fuzz, vibrato, and delay. The cabinets had a “tube emulation” setting, proving to be one of the first times in history this feature appeared.

Unfortunately, solid-state technology just wasn’t there yet. Despite Fender’s marketing efforts, the idea didn’t catch on with consumers. Some of this was due to quality control issues the company experienced during the CBS acquisition.

By 1971 Fender’s entire solid-state amp line was discontinued. It would be about a decade before they tried again.

Fender would continue to innovate in the amp world throughout its history, with recent hits including the highly popular Mustang modelling amps, and the rock-focussed Bassbreaker series, but for many players the touchstones of the ‘Fender sound’ remain the amps designed by Leo Fender in the 50s and 60s.

Through decades of changes in musical styles and technology, Fender amps always managed to stay culturally and tonally relevant. And players of all types across every genre are forever grateful for it.