How I got started… Chris Rea – Rea-view Mirror

Veteran songwriter and slide ace Chris Rea looks back on what made him pick up the guitar in the first place. 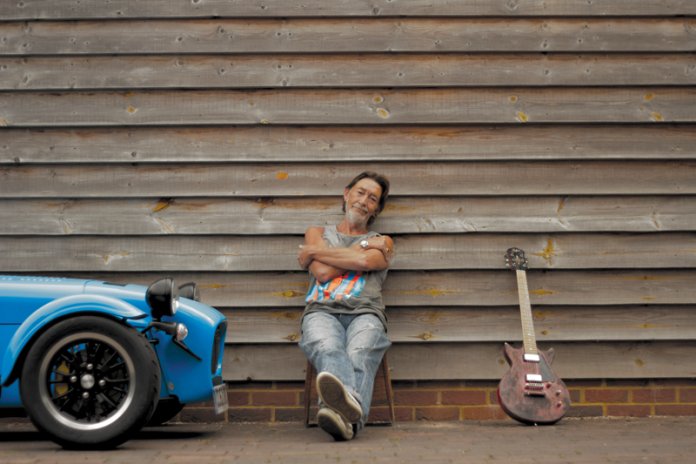 A portrait of the legendary bluesman Charley Patton takes pride of place on the wall above us as I sit down for a chat with Chrs Rea. “God knows how he managed to play a guitar with hands like that,” says the Middlesbrough-born singer-songwriter and guitarist, who has sold well over 30 million albums worldwide. “They’re proper hands!”

Patton was the first bluesman that Rea heard. “My mother had an alarm clock that was supposed to be a teasmaid and a radio console, but this thing never worked. Then it came on at about three o’clock in the afternoon, and it was just when they’d started the Telstar satellite. They were broadcasting an ‘hour live’ from America and it was something like RKO Memphis, and I started hearing this very strange sound.

“It was all crackles. At first, it sounded like ‘this guy’s playing a violin, but he’s playing the most awesome tunes’. I was desperate to know what instrument it was. So I asked a friend over from a local band and he narrowed it down to something called a bottleneck. I hadn’t a clue what a bottleneck was, but I was sucked in immediately. I got my dad’s guitar and one of my sister’s nail varnish bottles – and that’s how I started!”

Rea grew up in a big family. “There was music around all the time,” he recalls. “I had three older sisters. The eldest was into the Everly Brothers and Elvis Presley, while the two younger ones were into The Beatles and the Stones. I heard everything. The first disc I bought was The Shadows, Frightened City. My imagination went berserk – what is a frightened city and this very sinister kind of tune on the electric guitar?

“I was what you might call a late starter, I didn’t start playing ’til I was 21. Those players around me had already been and gone. I found catching up pretty hard – I never really did catch up… four-finger scales drove me manic! I just went sideways into slide guitar, which of course is what I love.” 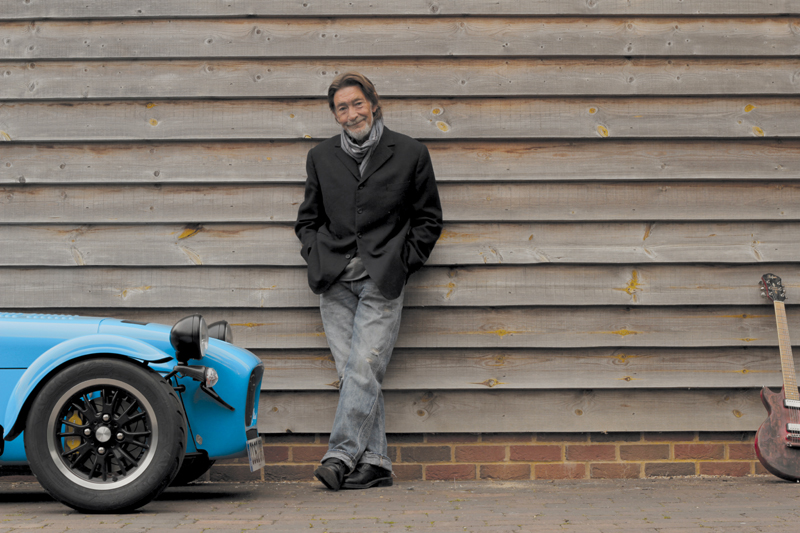 Rea’s first electric was a Hofner Verithin 3. “It cost 32 guineas in a second-hand shop. There was no such thing as a Stratocaster in a music shop in Middlesborough. The Verithin’s a dreadful guitar with an appalling action, but playing slide it didn’t matter – I wasn’t playing blues licks or scales.

“I don’t know why, but we all adored Hofners… perhaps because there wasn’t anything else!” Rea played the V3 up until 1979, when he got his first Strat. “We went to the City Hall in Newcastle to see Ry Cooder and the whole world changed – and that’s why I got a Strat. I bought it in Doncaster. It’s a ’62 and it was going cheap. A lot of people didn’t like this Strat because there’s something about the sound – it’s not got that classic hard Strat thing, it’s very sweet. It got submerged in water for three months and it’s just swelled up. You’re only talking a millimetre or so, but it does make it a different guitar to your classic Strat.”

Rea continues: “Recently, though, I was looking for something that sounded like the sort of thing somebody might play on a street in a Chicago marketplace. So I went down to Denmark Street and saw this blue thing. It looked disgusting, but I thought, ‘I can imagine that in a second-hand shop in Chicago’. It’s a blue Italia Maranello, really light with two ’buckers. The only trouble is, because it’s semi-hollow inside, we sometimes have trouble with the microphonics on big gigs.

“My latest acquisition is very similar to the ‘bluey’ in that it sounds old and cheap. It’s set up to open B tuning, which is a new tuning for me.” Rea has half a dozen guitars fitted with capos, all in different open tunings.

“I’ve found out over the last five to six years that when I’m in the car or the shower, which is where you always get your best ideas, I always sing in B, which is a bloody awful key! B is dreadful for saxophones. Stevie Ray Vaughan used to tune to open A, but it was actually Ab so he could work with horns.” 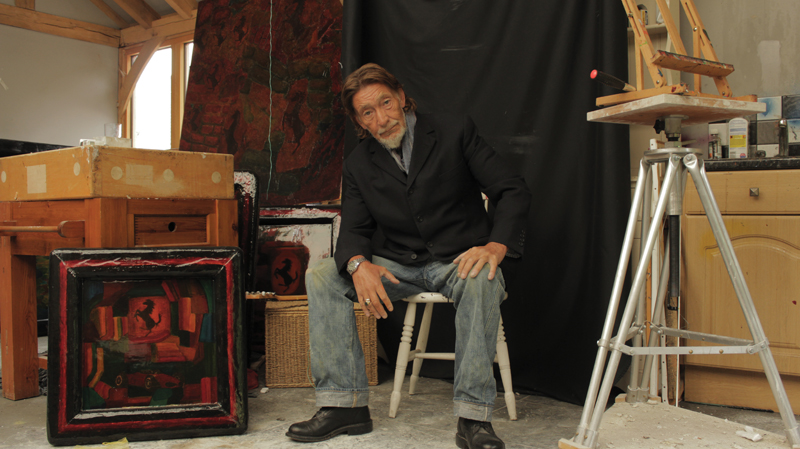 Rea’s first amp was a 25-watt Laney. “It cost me nine guineas from the same shop where I bought the Verithin,” he says. “I wish I still had it. It had a lovely tremolo – none of these digital things, they don’t do it for me at all. You can hear the difference, you really can.

“We’re in the middle of doing this Passione project, and when we decided to listen to the original Passione CD, it was like someone had sprinkled fairy dust over the desk. You just can’t beat that analogue thing.” After the Laney, Rea moved on to a Fender Twin. “I had that for a long time and now I’ve got these things…” he says pointing to a pair of amps.

“This is my concert setup, a pair of Fender Blues Juniors. I set them up with two delays, a Tube Screamer and a Boss chorus. People are surprised how small the setup is. I use the Boss chorus as a preamp, and when it slightly overloads you get this lovely sustain.” And the Tube Screamer? “I bought four of them, just in case anything happens.” Returning to the amps, Rea says: “There’s a big debate about which one’s best. One’s got a Celestion speaker, the other’s got a vintage Fender. I prefer the one with the Celestion for recording, as it’s got a little more give. I don’t like hard sounds.”

Rea readily admits that he would have been happier being known as a guitar player in a band that had another singer, but as he says: “The voice got in the way. The whole thing with the voice happened with my first band, the Beautiful Losers. We had a singer and I just used to write the material and play slide guitar – Lowell George was god.

A label scout was coming up to see the band and I was the only one who knew the words, ’cos I’d written them. So I said, ‘sorry, the singer’s had a bit of a do’. I went to the microphone and they just presumed I was the singer and that was it.” 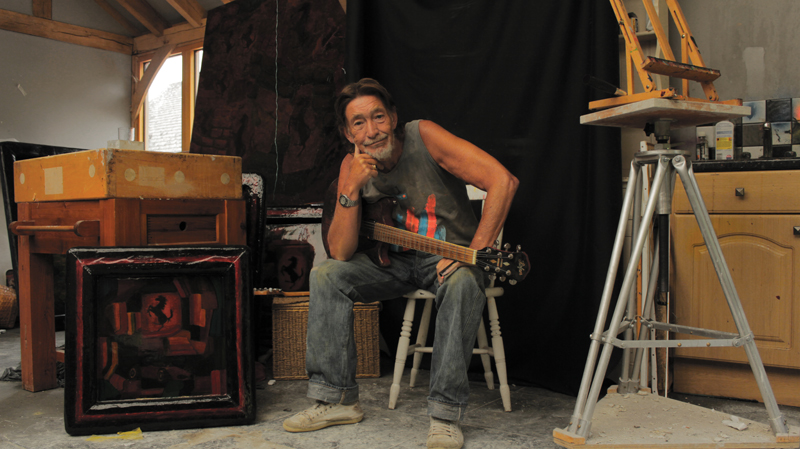 Songwriting has always been at the heart of Rea’s musical journey. “From the beginning,  I’d stay at home writing, rather than join in a beat group. And, even now, I imagine who would sing ‘this song’. I wrote Fool (If You Think It’s Over) for Al Green. I’ve still got the original piece of paper – ‘96 beats per minute, song for Al Green, Al Jackson drums’.” As it turned out, the song was a big hit for Rea himself. “I never thought I’d end up singing a song like that – ever,” he admits.

“The next thing I’m looking for is a good classical – I love the sound of nylon-string guitars… and I’d love to be making films, just to do the music. I wrote a little bit for Pete Capaldi for Soft Top Hard Shoulder. My happiest dream would have been to be a film music guy – I’d swap everything for that.”