An encounter with Rick Nielsen helped fuel Mike Long’s passion for the classics. The owner of Cheltenham’s ATB Guitars since 1998, he’s bought and sold over 1,500 vintage pieces… 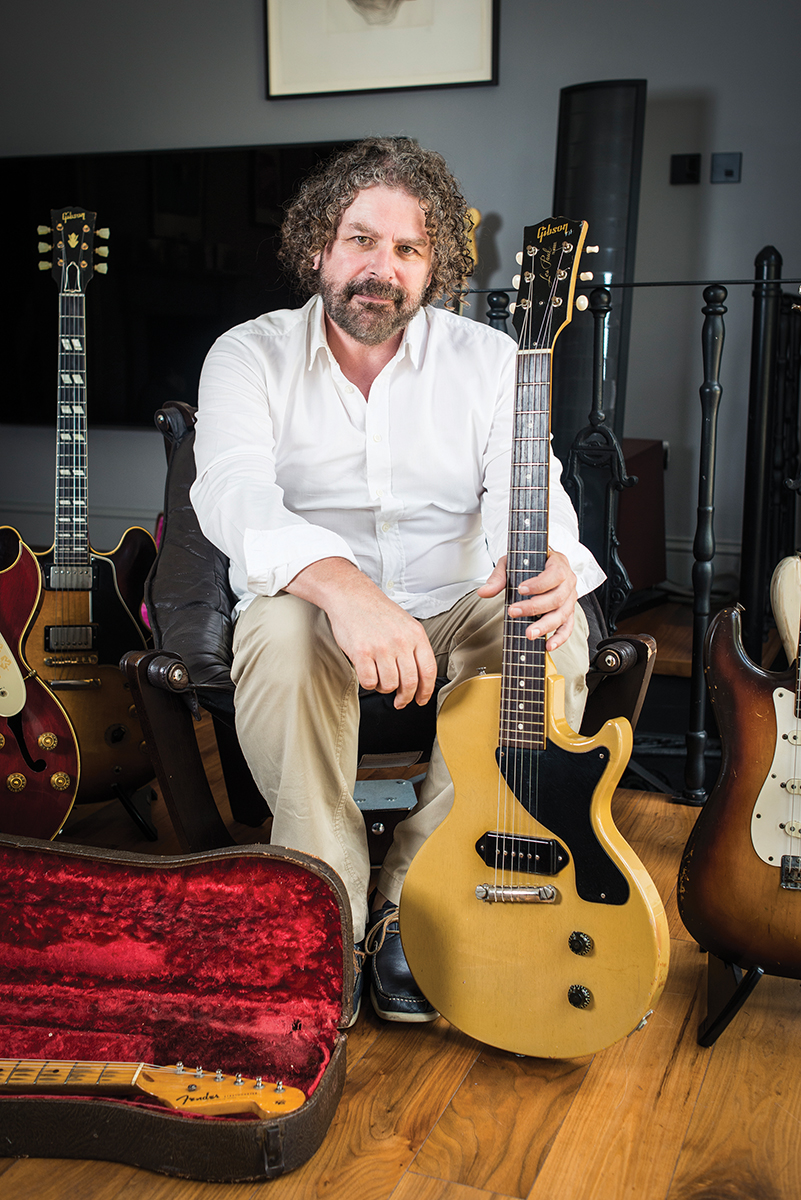 “I was a guitarist from quite a young age. At school, really,” remembers Mike Long as we sit among a frankly outrageous selection of electric guitars from Fender and Gibson’s golden era, many of which are in their original cases.

“I started playing in various bands in the North Devon area,” he continues. “I was always into guitars and I always wanted to strive to get the best guitar I could. But the interest in older guitars quickly became an obsession of mine. When I went to university in Leicester, I was still buying and selling guitars while trying to do my coursework.

“Also, while I was at university, I was on the entertainment committee, which basically meant that you had to help with the load-in and set-up of the bands. And one of the bands was Cheap Trick. Rick Nielsen came along with probably 150 vintage guitars… Korina Vs, Strats, Blackguard Teles, probably about half a dozen Bursts. Just for a university show in Leicester!

I met him backstage and we got on really well and he sort of turned me on to various vintage guitars that were out there and he let me play them. Unbelievable! So by that time, I’d really caught the bug.” 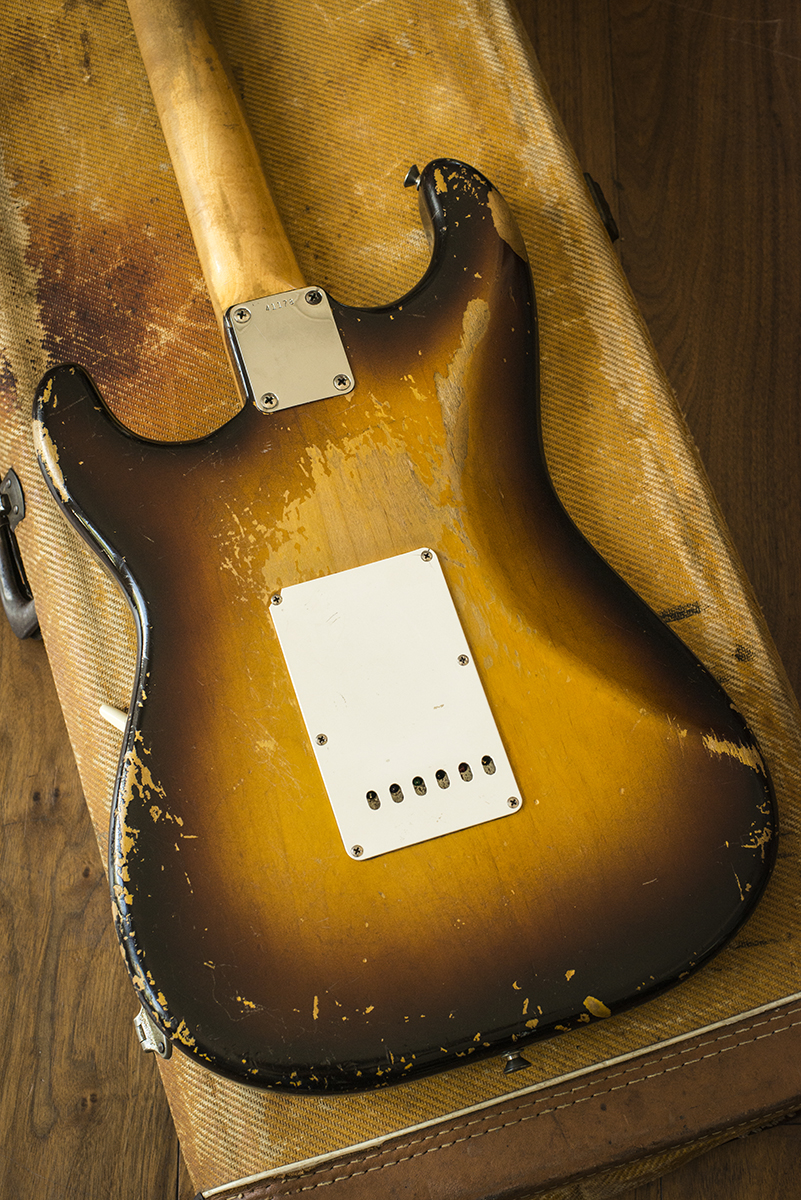 As introductions to the vintage market go, that’s pretty impressive. But before collector-grade six-strings became his bread and butter, after leaving university, Mike worked in the music industry for 12 years as a live and studio sound engineer with artists such as Blur, Manic Street Preachers, PJ Harvey and Spiritualized. 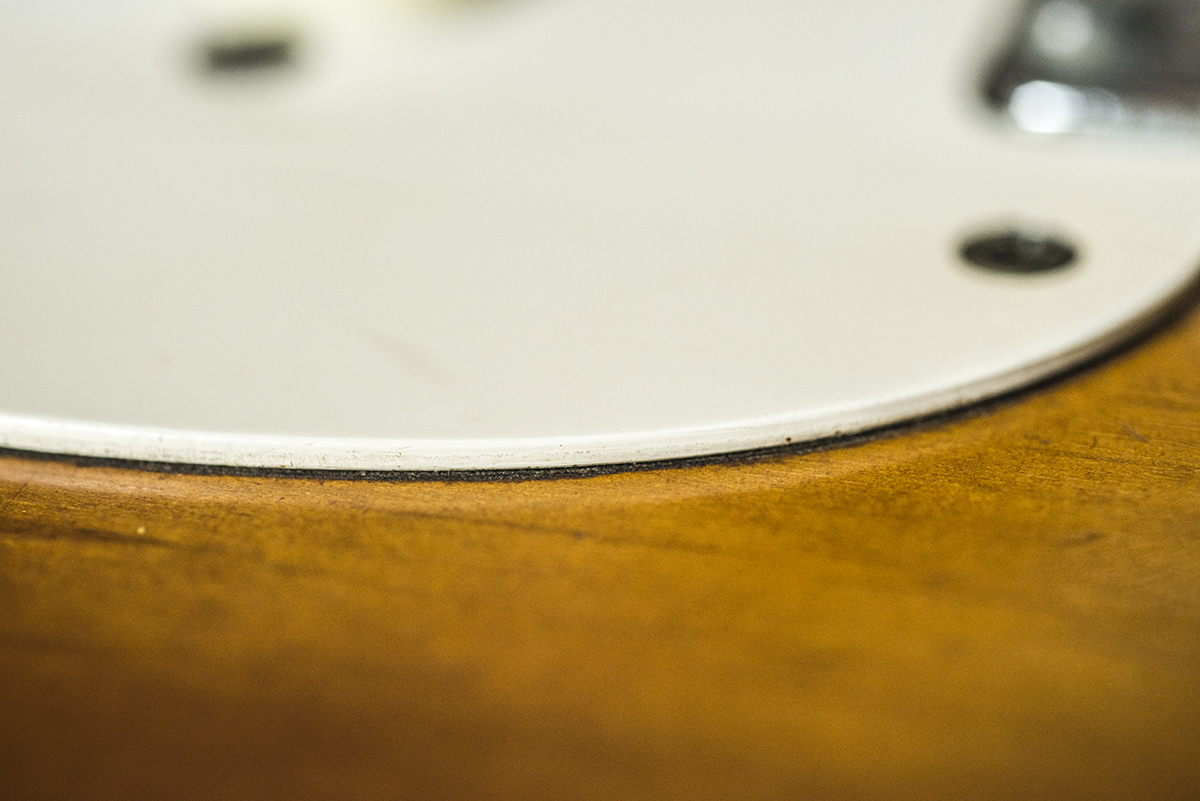 This was followed by a venture into pro-audio that evolved into one of Europe’s biggest vintage studio gear businesses: “I used to go to Moscow two or three times a year and come back with a suitcase full of Neumann valve microphones,” he recalls.

However, during this period Mike was still buying and selling vintage guitars. And when his pro-audio company folded, he started taking guitar sales a lot more seriously. “Since 1999, that’s basically all I’ve been doing,” Mike reveals. “I started off on eBay and quickly gained a good reputation for honesty in descriptions. 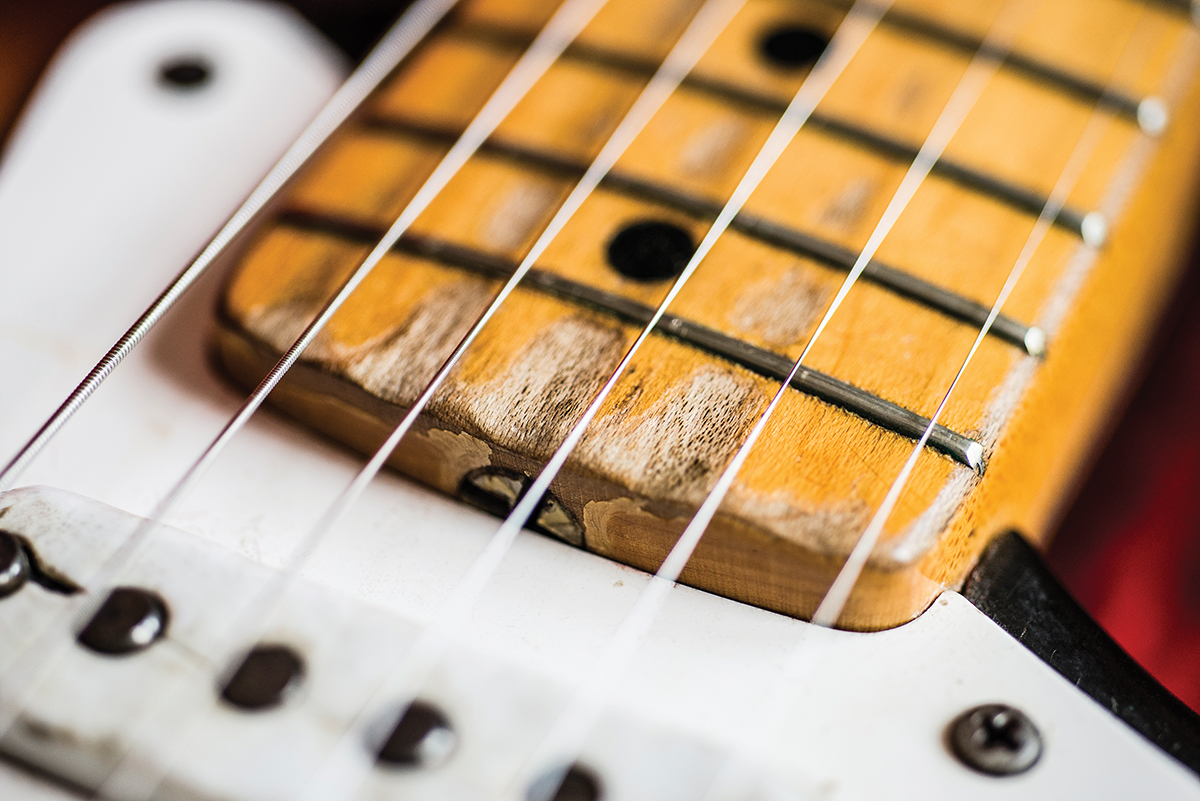 All our auctions started off at 1p with no reserve! Sometimes people got bargains but at that time eBay’s fees were very small so even if your profit was only 10 per cent you’d still make something. When eBay raised their fees I made my own website and basically got to where I am now.” 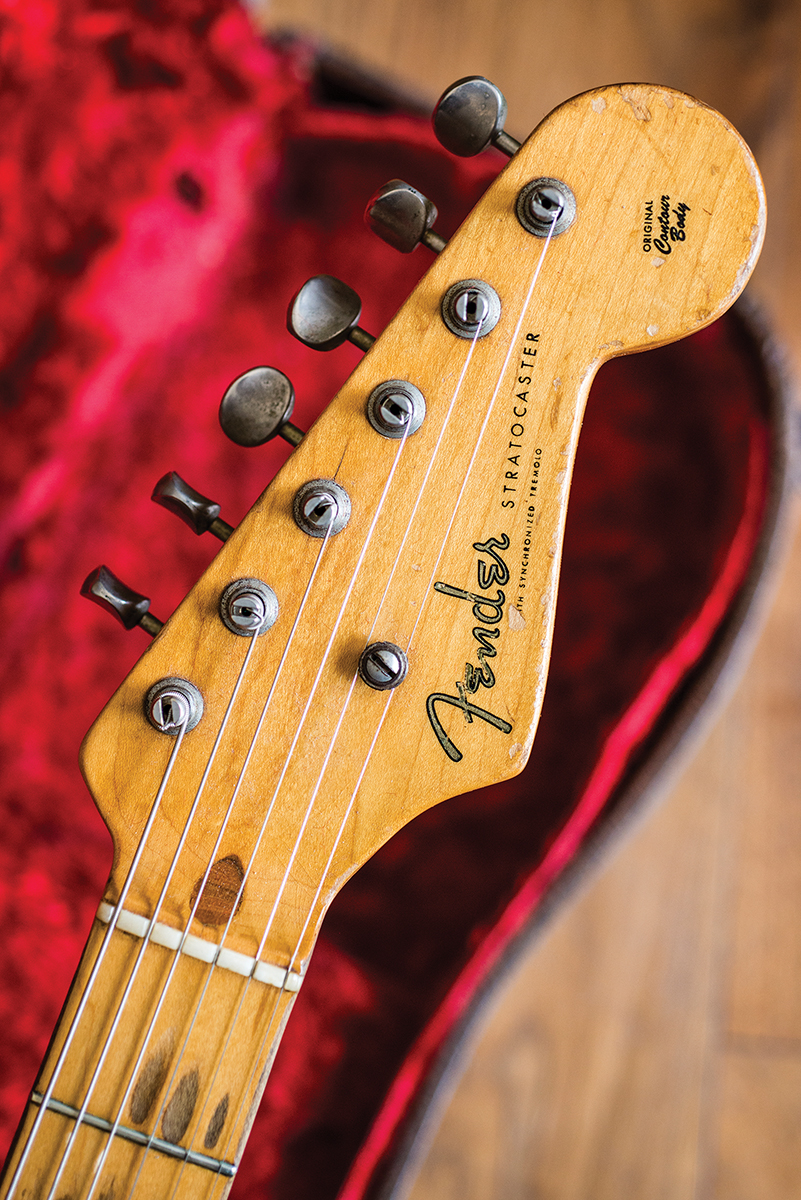 The price is right

Remarkably, Mike resists the considerable temptation to keep hold of individual guitars, no matter how much he likes them, and every instrument that he owns is for sale: “If I do want a guitar for my own personal use I usually have plenty to choose from. And I hand-pick these, so they’re generally ones that I like anyway.”

The search for vintage treasures often sees Mike racking up the air miles “all over the world,” even if the weakness of the pound since last year’s Brexit vote has made Stateside guitar trading less lucrative. “The States isn’t as good as it used to be,” he admits, “but I’m finding quite a lot of stuff in Europe. I’m often jumping on a plane and going on a hunt, or as Joe Bonamassa calls it, a guitar safari!”

The trophies that Mike brings home from safari are often all-original examples. “Originality tends to be what my customers want,” he remarks, “Whether they are players or collectors. It’s always been the case with collectors but I’m finding that the newer, younger breed of players who are starting to realise the niceties of the guitar are also looking for originality as well. 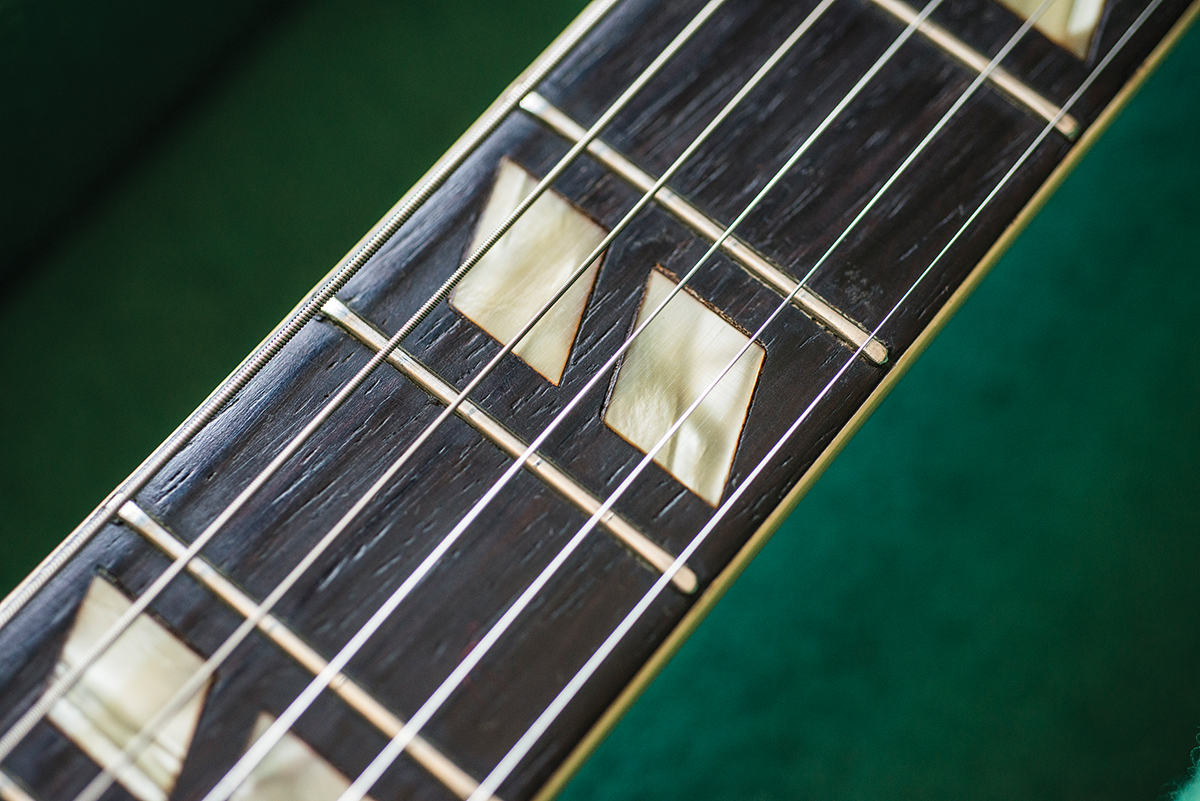 “It does show how right they got things back in the 50s. People are realising that, and that you don’t have to mess around with them too much. There’s obviously a market for guitars where people can swap pickups out of them, and the hardware, but at the end of the day the vintage market is geared towards originality. But modded instruments do offer a good opportunity to get into the vintage market. And some mods are reversible – sometimes it’s just a question of finding the right hardware and putting it back on.” 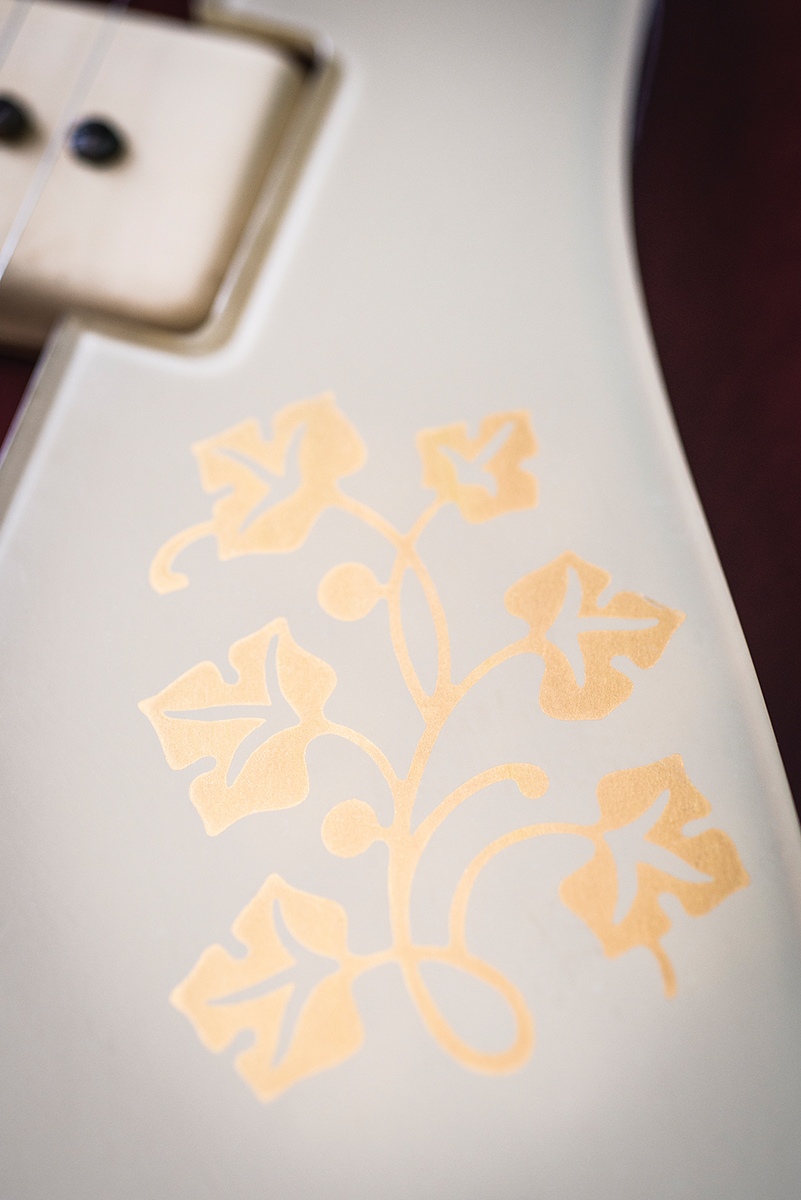 Having traded so many instruments over the years, Mike is no stranger to some of the rarest guitars that the vintage market has to offer. When we ask what his most prized catch has been so far, he reels off a list: “There’s been a few… a 1967 Flying V, a ’63 Stratocaster in Olympic White with gold hardware, in mint condition. A black ’63 Strat in mint condition. There have been loads of mint condition Les Paul Goldtops from various years. Some of the ones I’ve had have been in time-capsule condition. It’s unreal. There was a ’52 Les Paul like that. And recently a ’61 Les Paul SG.” 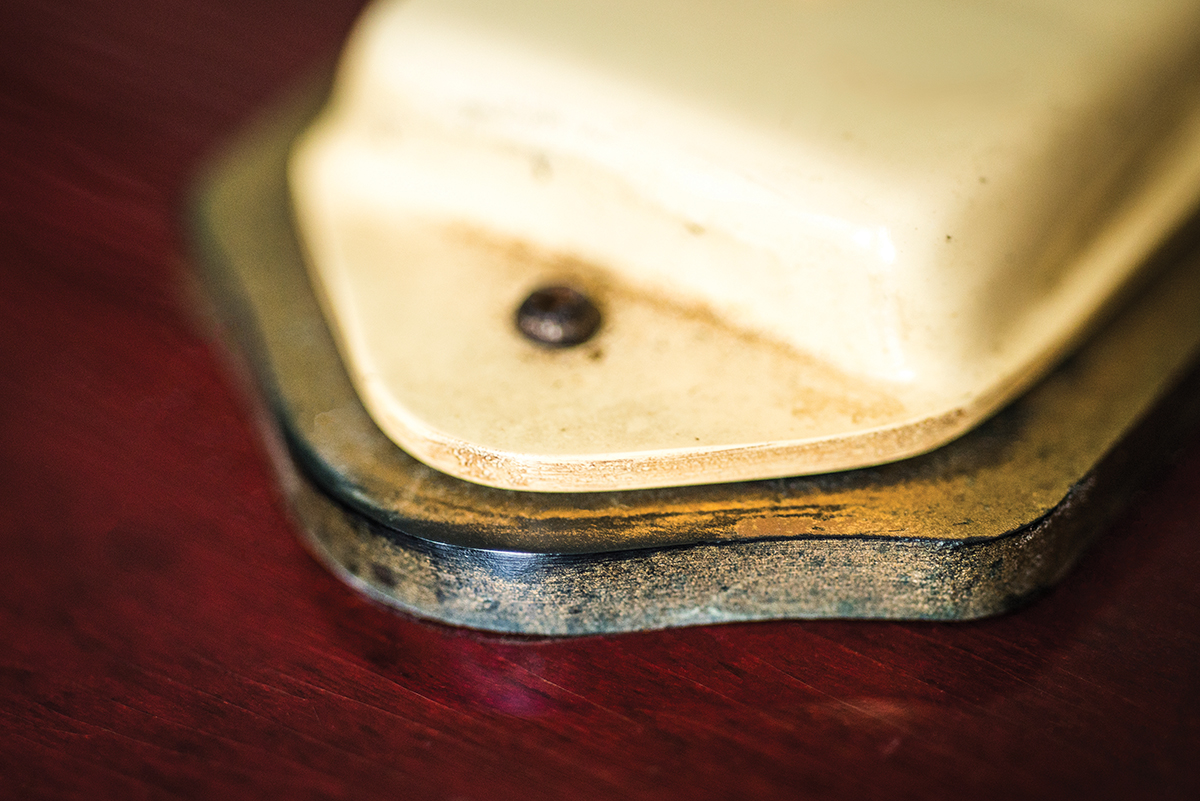 A couple of his favourites are here today in the shape of a very early Stratocaster and one of only a handful of cherry-finished Gibson ES-295s that are known to exist: “The ’55 ES-295 in Cherry Red is pretty special one, I think. That ’54 Strat has a very low serial number, it’s below 0050 and was made in June 1954.”

Mike’s customers are often as far-flung as the guitars that he sources, and it’s not unheard of for celebrity players to buy instruments from him. “I also had a Pelham Blue 1966 Gibson ES-335,” he remembers. “I think there’s only one other in existence. That was probably the fastest selling guitar I’ve ever had.

I posted it on my Instagram and it had tonnes and tonnes of likes. It was on the website for about an hour and a half and it sold at full price to one of the guitarists from Pearl Jam. Hardly any guitars sell locally – they’re shipped all over the world. All sorts of different people buy them, including rock stars!”

Returning to the subject of originality, you’d be forgiven for thinking that the phenomenon of the clean, ‘kept under the bed’ vintage guitar is now pure fantasy. Not necessarily, says Mike: “People are still coming out of the woodwork with various things that have been passed through generations. That ES-295 was a case in point. It was bought from a Californian dude whose daddy used to own a music store back in the day that sold Gibsons. I get the feeling that’s been handed down… then finally I bought it!”

With all this talk of the super-rare, are there any bargains out there for vintage fans on a budget? “Jazzmasters are starting to creep up but they are still under-valued in today’s market,” Mike opines. “Jaguars as well, although they are a poor man’s Jazzmaster in some ways, I think mainly because the pickups aren’t quite as meaty. 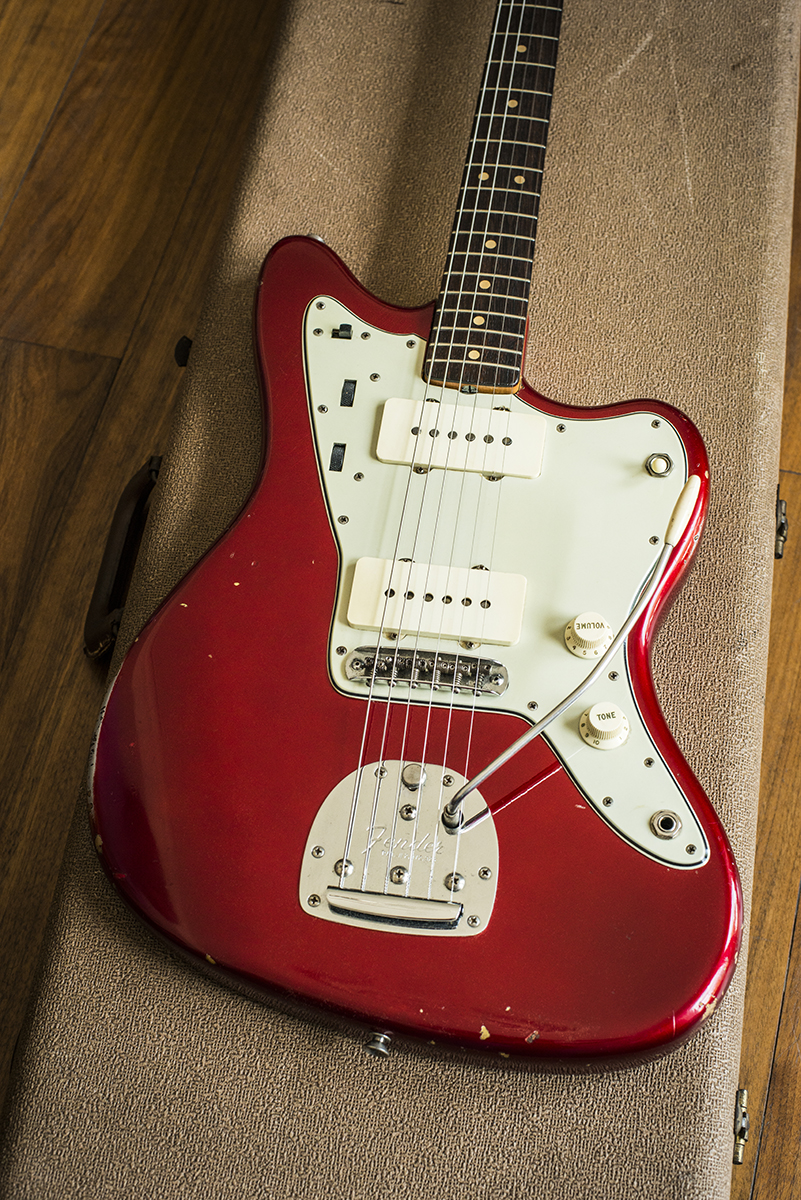 SG Juniors are brilliant guitars that are underpriced as well. Les Paul Juniors have crept up quite a bit over the last couple of years – they’ve really found a marketplace, again with emerging players. When they get into Juniors they tend to find with the old P-90 guitars you just need a volume control and you’ve got all the tones you need, basically.” 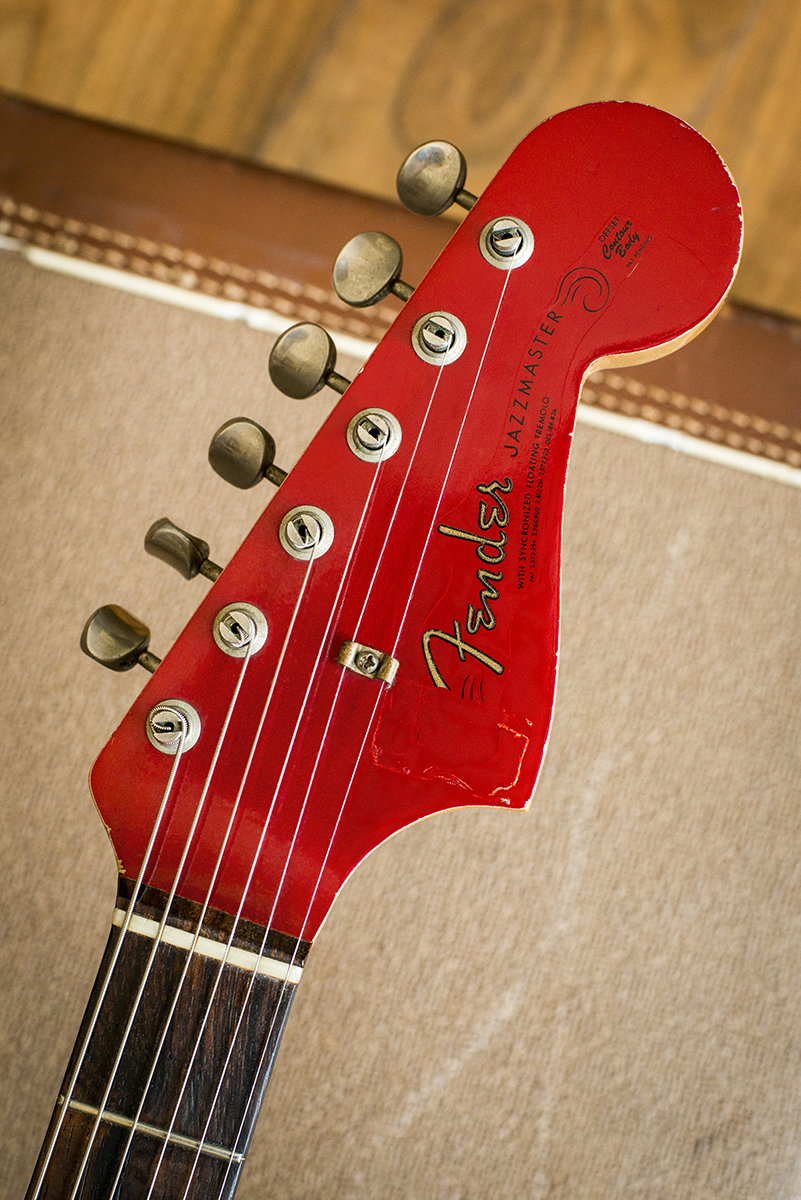 As we give that gorgeous ES-295 a final strum and prepare to leave, we wonder if there’s anything that has so far evaded the grasp of this veteran guitar trader. “Although I’ve handled and played original 1950s Korinas, I haven’t actually sold one, it would be nice to do that,” says Mike. “They are great guitars.” Now that would be some safari. 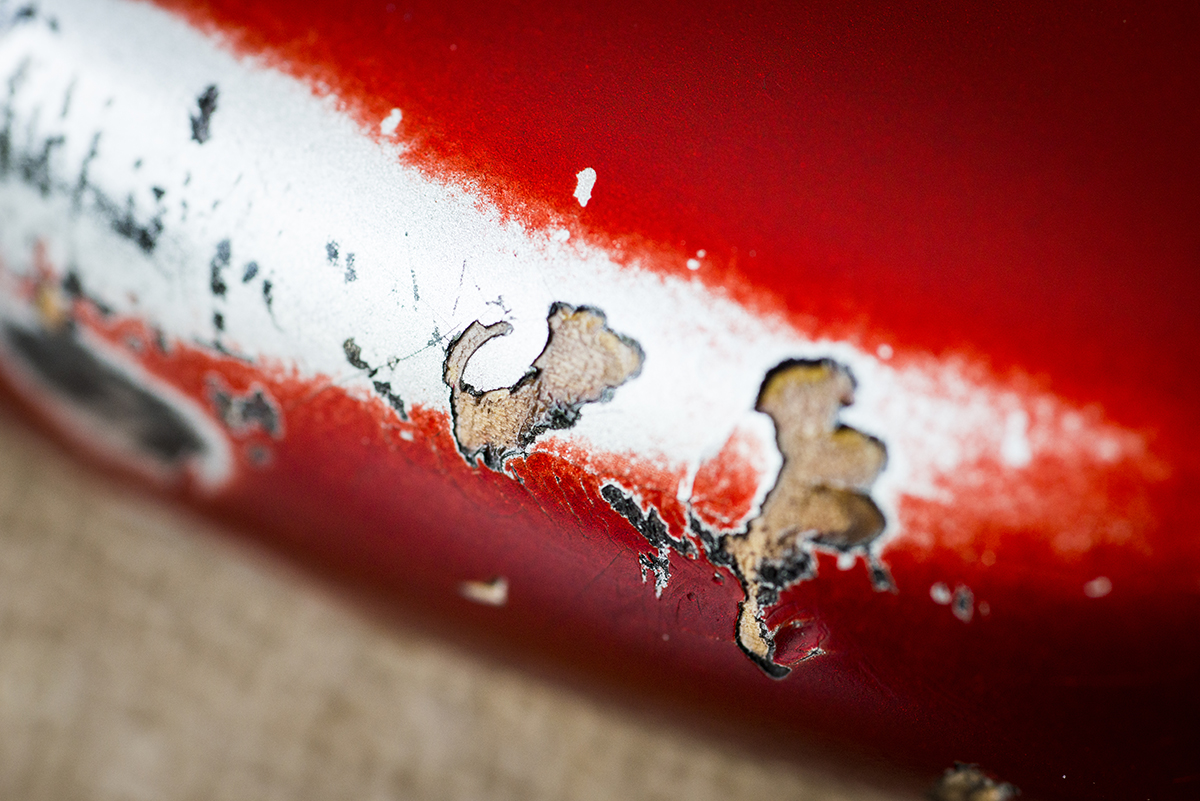