The guitar addict talks getting hooked on playing music from a young age, taking guitars apart and more.

As riffmeister general with soulful US hard-rock sensations Rival Sons, Scott Holiday makes no apologies about loving guitars and gear. If you’ve seen the multiple Grammy-nominated band play live – and if you haven’t, you should – you’ll doubtless have noticed the frequent guitar changes, labyrinthine pedalboard and wall of Orange and Supro amps from which Holiday generates the colossal tones emanating from stage left.

Guitar.com last sat down with Scott Holiday and Sons’ frontman Jay Buchanan on a press tour in London, prior to the release of their 2019 LP, Feral Roots. When Scott was kind enough to invite us to his California home to get a forensic look at his guitar collection, it was too good an opportunity to pass up. Holiday is based just a few blocks away from the spray of the surf on Huntington Beach, and he grew up nearby. Before we start digging into his outrageous array of boutique hot-rods, offsets and vintage pieces, it’s time to find out how his obsession with the guitar began.

“There’s no musicians really in my family, but I had one uncle that played and recorded and stuff,” Holiday recalls. “He was living with my grandma still, and I could hear a bunch of music going on. It was way too loud, all coming out of this bedroom. And I popped the door open – and this was the 80s ’cause I was a real little kid – and he had a whole electronic drum kit set up, big octagon pads. And he had like a full mixing console in there, and an eight-track or something, reel-to-reel. He had a guitar on, he had the harmonica thing… he had a whole bunch of doodads!

“I remember walking in and going, ‘Oh my gosh! What is all that? How do you use those things?’ And he explained it to me, and I remember being really mesmerised and really happy about it. I remember being like, ‘This is cool, I’m interested in this.’ I was really young, but it was a lasting impression.”

Holiday also attributes his wider fascination with music in general to his parents: “My family listened to music. My parents were really young parents and they partied a lot when I was young. They had friends over and every time they partied, or my aunties or uncles would party… the party revolved around music. Tonnes of rock ’n’ roll, tonnes of Van Halen and stuff like that around, tonnes of ZZ Top. It was just a fun time for music. Music was in a really good place. And I think I had a fascination with wanting to be at the source of their fun, because they had so much fun listening to it. I just became hellbent on playing music from a young age.”

Despite plenty of nagging, it was a few years until young Scott got a guitar of his own. “I think I was maybe 11 when I got a classical guitar given to me by my stepdad. I didn’t get too absolutely out of control on it, but I started to learn stuff on that and teach myself things, like Rock Lobster by The B-52’s or pick out theme songs on TV like Peter Gunn, The Pink Panther… just making sound on this thing!

“Then by 12 an uncle gave me a Hondo II Les Paul replica. Unfortunately, I’m such a dickhead that I took the whole thing apart. That was my first guitar rig, that guitar and a little tiny Fender solid-state amp and my first pedal was a DOD Supra Distortion given to me by my grandmother. My family always supported me – thank you guys – and although they had no clue where it was all coming from, they were into it, y’know.” 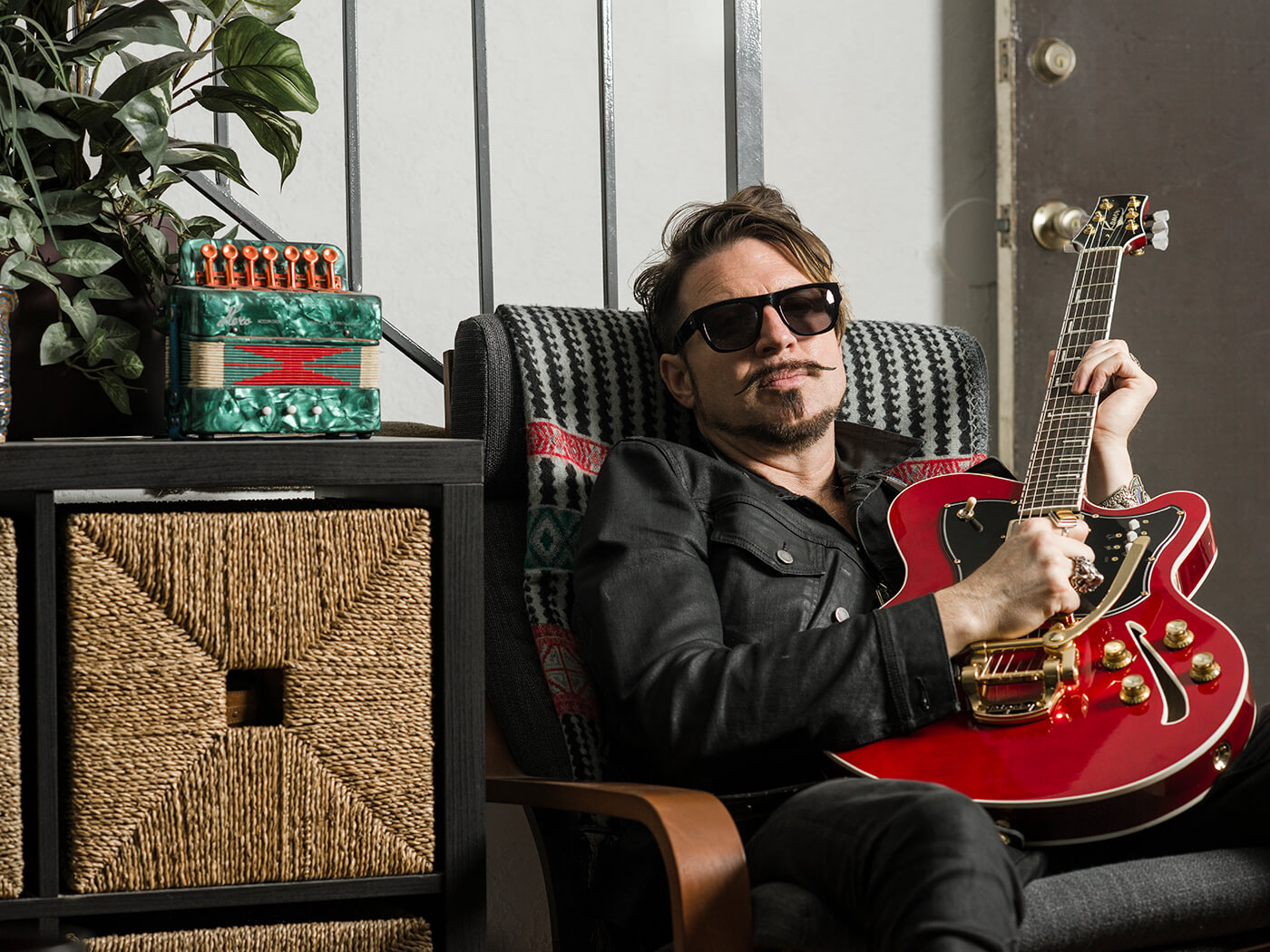 By now, Holiday was really into it. “I took a handful of lessons, then I was self-taught from that point on. I just never put the guitar down. You come right home from school and you pick it up. I’ve got the new Guns N’ Roses record and I’m learning every single song on there, or I’m learning old stuff, lots of soul and rock ’n’ roll – I was constantly having to pick new things up. I was addicted to guitar magazines, which is why I love doing these interviews with good people like yourself! Those were my lifeline, a bible for me as a child; I just lived in and out of these magazines and kept ’em and had stacks of ’em around my room.

“And even the lessons in those magazines – being self taught that was a big thing for me. It’s different now because the internet is so immediate and overwhelming. I sound like the old man, ‘Get off my lawn!’ But I think there’s something romantic about the fact that when that magazine came, you were stoked off your ass when it was in your mailbox, you couldn’t get into it quick enough, that was all you had for the month so you had to really take it apart and get into every single section.”

As time went by, Scott began to be fascinated not just by the sounds guitars made, but also their anatomy and inner workings. Bad news for the aforementioned Hondo…

“Anything I could get my hands on, I’d try to mess with it, look inside of it, switch pickups out, mess with potentiometers, tremolos, anything,” he remembers. “I didn’t paint so much, but I did pull the neck off that Hondo and I think I tried to put an Ibanez Roadstar neck on it – I don’t know why! It’s a stupid idea but I was going, ‘Oh! Let’s make some Frankenstein stuff!’

“You read enough about guys like Eddie Van Halen that took shit apart and really came up with their own thing… it just became part of my thing as a kid, too. I’ve switched out every pickup known to man by this point, but I started doing it then. But that guitar’s gone… it died… I think I had to open up the neck joint so the Ibanez neck would fit. I got it on there but what do you know? Things didn’t really line up right. So here we learn, there’s some real precision in this guitar-making shit! There’s actually a science to it and they are probably measuring shit!”

After a stint with a Floyd Rose-equipped Aria Pro II bought for him by his mother – which he describes as a “full 80s machine… a quality instrument but a hair-band guitar, which wasn’t my jam” – and brief but significant encounters with store owners’ vintage ES-335s and Strats, Scott ended up with a two-knob 1980s Strat courtesy of the high-school jazz band. 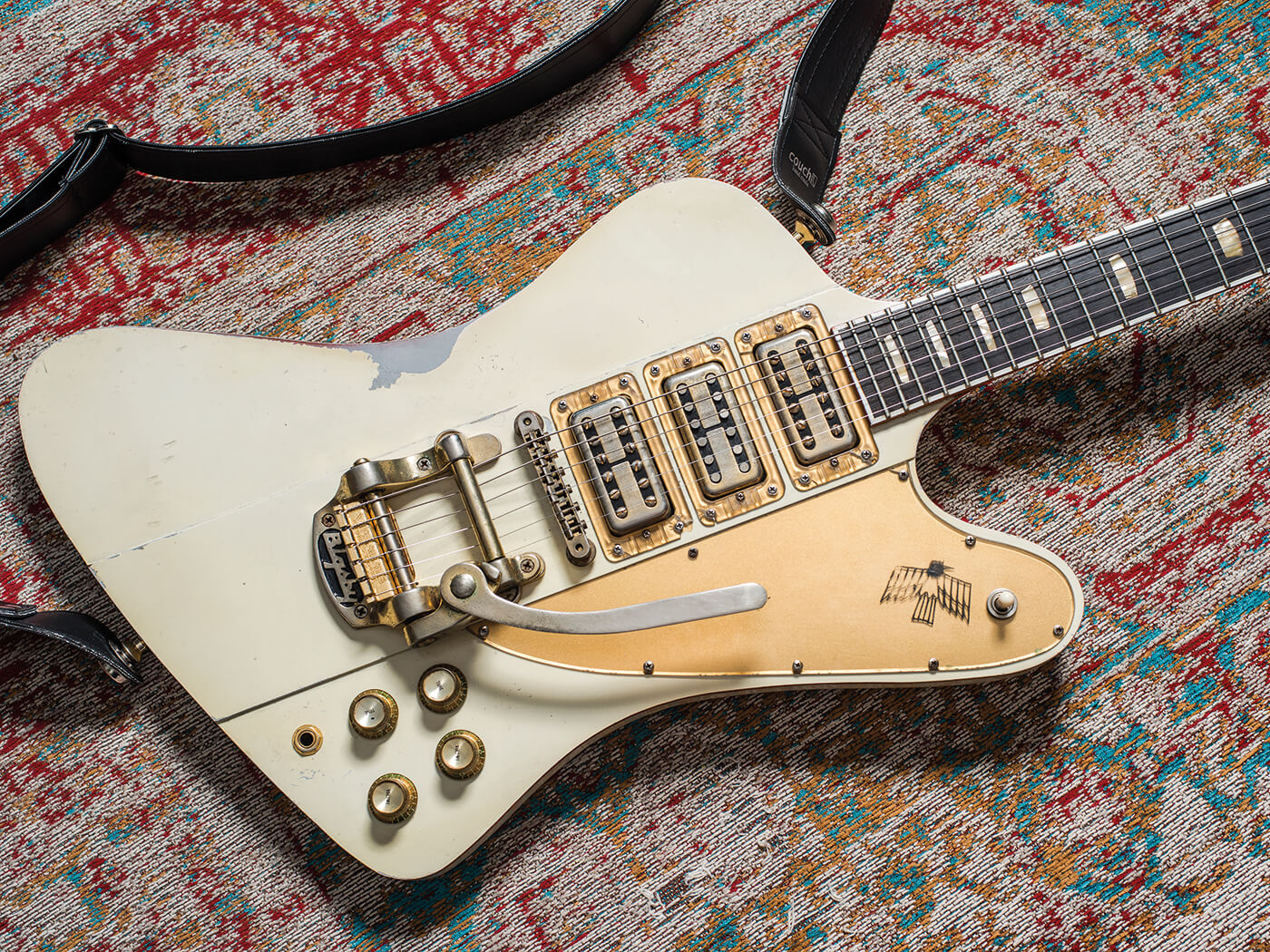 “It was sand-coloured. I just fell in love with it, and that was the guitar I used in all my bands at that point. I was like, ‘This is killer.’ And you know what? I just kept it. I swear to god I’m going to return the favour to the school – I still have to do it and I’m going to in the near future – but I just kept it and that was my entry to a USA-made Fender Strat. It was really cool. And I was a Strat guy for a lot of years, probably because of that.”

Stay tuned to check out Scott’s crazy collection of guitars.