The story of Alex Lifeson’s first guitar, and the labour of love that brought it back from the dead

We chart the story of Alex Lifeson’s first-ever guitar and speak to Garren Dakessian of Loucin about its spectacular restoration. 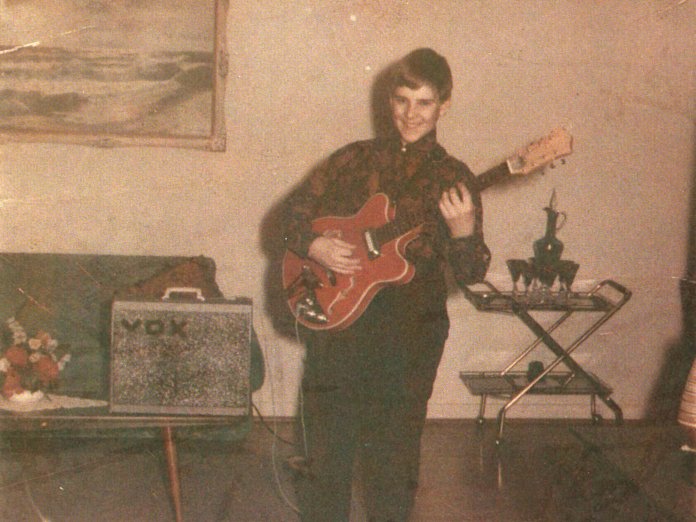 Artists often feel a sentimental attachment towards the first tools they ever held in their hands. It’s a connection that can not easily be eroded by success, fame or money – and never has that been more apparent than with the $59 guitar that helped launch the career of Alex Lifeson.

It was a red 1967 Canora hollowbody, a Christmas gift to Lifeson from his parents when he was 13. Soon after, Lifeson got together with his childhood friend Geddy Lee, who had received a Canora bass, and started jamming. They formed a band the following year. You know them as Rush.

It was on that humble red Canora that Lifeson learnt to play guitar and discovered a passion that would last a lifetime. He and Geddy painted their respective instruments with Testors model enamel to make them look like those used by Cream. Lifeson even painted the fretboard and pickups to really make it his own. Lee has stated that he doesn’t know what became of his first Canora bass. But Lifeson remembers his well.

Canora guitars were a lesser-known Japanese-built brand whose instruments were imported to Vancouver, Canada before being sold to conservatories, and almost exclusively sold in the country. They were marketed as entry-level student guitars with a shorter, 23.5-inch scale. The proportions of Lifeson’s Canora were similar to those of an ES-339, making for a smooth transition to the slightly larger ES-335 he would adopt in the early days of Rush.

After Lifeson and Lee formed Rush, Alex put the Canora aside. Later, it was given to a tech and sent to the Rush warehouse for four decades before it recently wound up back in Lifeson’s possession. By that time, it had had several coats of paint over the original enamel paint job Lifeson had applied in 1968, and was more of a collection of parts than a functioning guitar. Still, Lifeson gathered them up, put them in a box and brought them to Garren Dakessian at Oakville, Ontario-based Loucin Guitars.

By this point, Loucin had built two acoustics for Lifeson already. Lifeson then asked Dakessian to restore the old Canora.

“When I stripped the paint, I saw glitter paint, I saw the original model paint, it looked like someone had painted it with a roller at one point,” Dakessian tells us of what awaited him and his lifelong friend Geoff Currie when they began to strip and sand these layers.

Generally when restoring vintage instruments, parts are somewhat easy to find, even though they can come at a hefty price. But Canroa being a rather obscure brand, this restoration was no simple task. Fortunately, structurally the guitar had held up well over the years, and the only original parts that were missing when the box was delivered to Dakessian’s shop were the control plate, the bridge and the tuners.

The tuners had been bored out to ⅜-inch holes, so the guitar now features Gotoh Tuners. As for the missing bridge and control plate, one of Dakessian’s regular customers, a man named Stan Kaszecki, offered his vintage Canora as a donor guitar for the restoration of Lifeson’s. 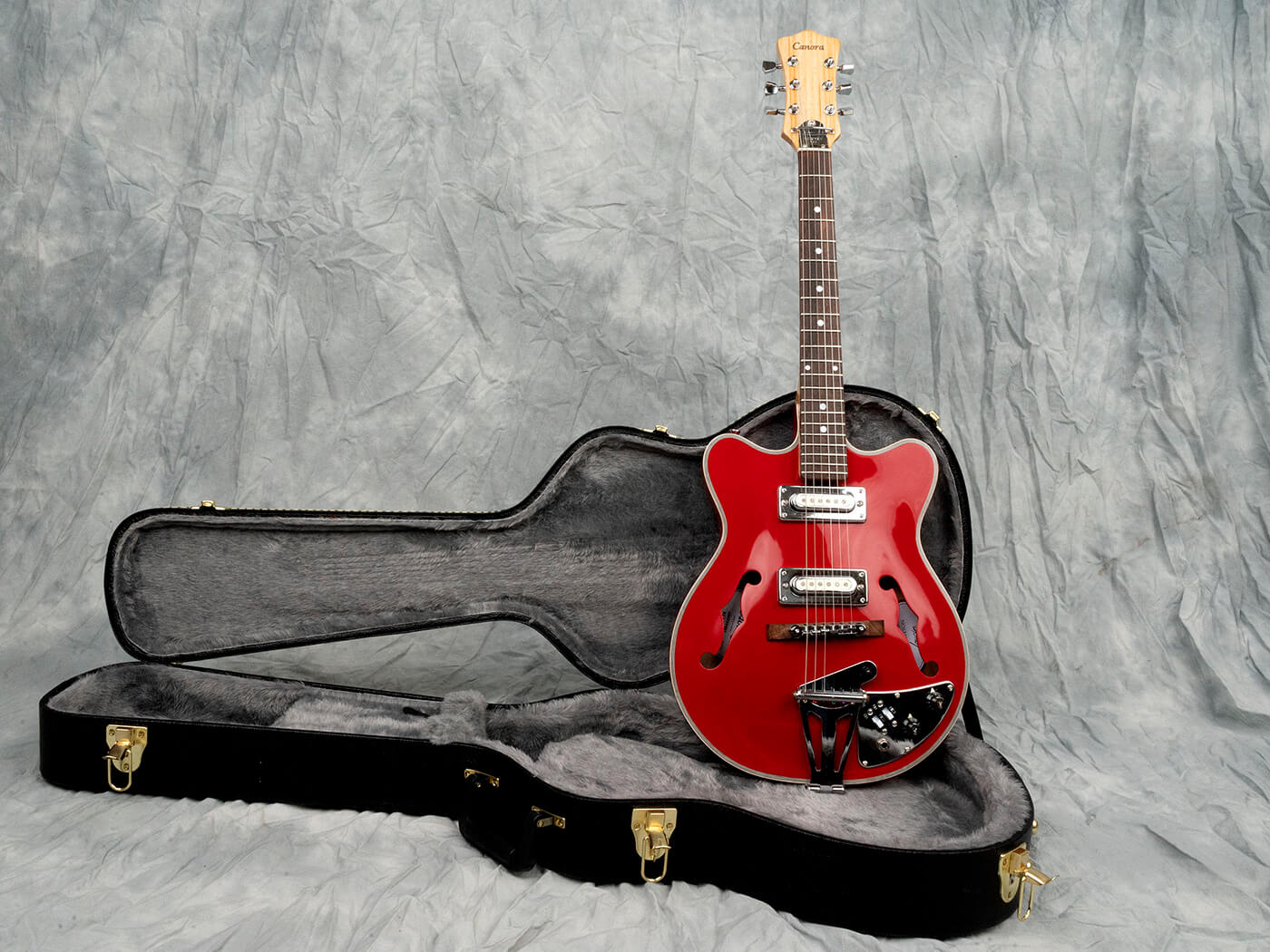 The weakness of many guitars considered ‘entry-level’ is often the pickups, and the Canora was no different. The original single-coil pickups had corroded so much that they were barely functional. So Dakessian enlisted Smitty from MJS Pickups to rewind the old pickups, using the original housing, and they were wound in a stacked configuration to reduce hum. The restoration team also gave the pickups a little more wire to beef up their original thin, shrill tones.

In the interest of playability, Dakessian also slightly reshaped the fretboard. “The original fretboard was a 7.5-inch radius,” he says. “It was way too round, so I levelled that off to a 12-inch radius, like on a Les Paul, to make it easier to play.”

The colour was matched from the two existing photos of the guitar prior to Lifeson’s enamel paint job, from 1967 and 1968. The first colour that Dakessian used, Flame Red, was too light, so he went over it again with a slightly darker red, which would become the finished colour, Tornado Red.

Dakessian’s shop has become a hotspot for those in the Greater Toronto Area looking for custom instruments. Of all the guitars he has built over the years, no two are the same. His customers include Zakk Wylde, Richie Faulkner, Jason Hook, Serj Tankian and Ian Thornley, and he’s currently building a custom guitar for Rik Emmett. Dakessian also offers guitar-building classes out of his shop – check out buildguitar.ca for more info.

For now, Lifeson’s Canora has been completely restored, and to such a prime condition that it’s possible we might hear it on future Lifeson projects. Lifeson recently auctioned off a large part of his guitar collection but he couldn’t bear to part with the Canora.