“As soon as it feels like a job, it’s time to quit”: Daniel Kessler on writing in lockdown, his Epiphone Casino, and Interpol’s seventh album

Interpol’s guitarist-in-chief Daniel Kessler on the band’s seventh album, working remotely, and finalising The Other Side of Make-Believe with the insight of Alan Moulder and Flood.

“We’re driven by reaction, and that’s been the case since day one,” says Daniel Kessler, the one-man architect of Interpol’s ever-widening guitar sound. The band have been expanding their musical language for 20 years, since their hallowed 2002 debut Turn on the Bright Lights established the New York post-punk troupe’s distinctive blend of emotion, eeriness and intensity. Their broad body of work includes 2007’s ostentatious Our Love to Admire, 2014’s stripped-back El Pintor, and 2018’s Marauder which, in its finest moments, successfully bottled the thrill of visceral, impulsive music-making.

Now, with The Other Side of Make-Believe, Kessler and co – vocalist and bassist Paul Banks and drummer Sam Fogarino – have tilted towards an even shadowier domain. The trio’s songs typically originate with the London-born player’s guitar sketches. At what point did he begin devising ideas for the band’s seventh full-length?

“After we finished touring Marauder in November 2019, I finally went back home,” Kessler tells us. “In those moments, I start writing songs. I write less on the road. I tend to write more when one chapter is completed and another begins. I like space because it gives you that separation between things. It’s healthy to let all the touring experiences for the previous record inform who you are as a person, then you see what’s there after that. So with no travel plans, I just started writing songs.”

Kessler still writes the way he did when he was teenager – often on the very same guitar. “It’s just a shitty classical guitar,” he says, “but it just speaks to me. I normally have my first pot of coffee, watch a film and just come up with new ideas. It’s sort of subconscious a lot of the time. Sometimes, even in the early stages, I know if the vibe is right. I knew there was a different vibe when writing the first clutch of songs for this record, compared to writing for Marauder.” 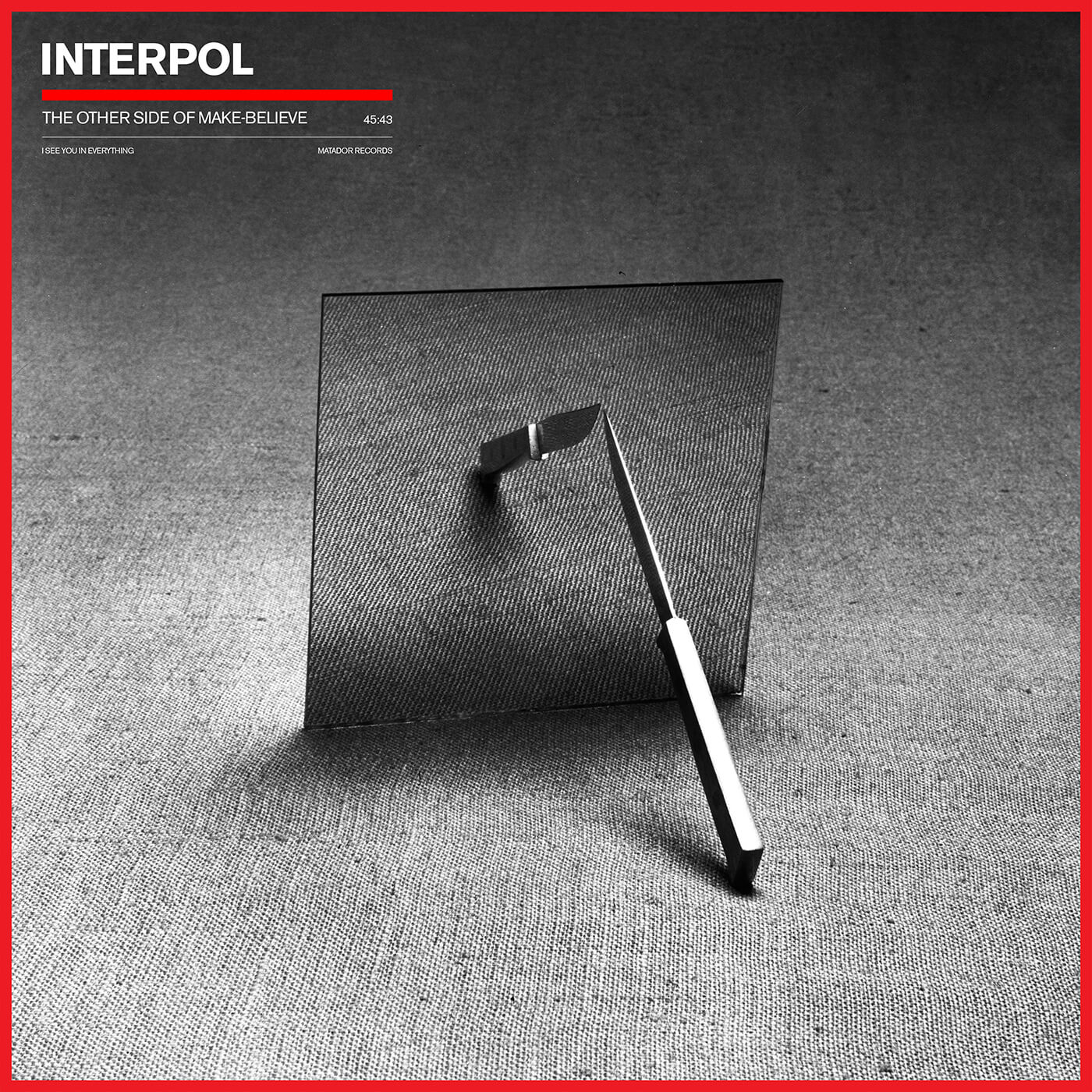 Though many of the new songs’ roots were discovered pre-pandemic, lockdown scuppered plans to construct the material together. “We had to sort of figure out how we were going to make this,” Kessler says. “We’d wanted to do a new record and I knew we had a good batch of songs, but the three of us were then in three different countries with no possibility of being in the same one anytime soon. We had to be a little more innovative, and send around song ideas via the internet.”

Though jarring for a band used to hammering out fresh cuts in practice rooms, before long the web-based working methods began to click. “It wasn’t my ideal way of doing things,” Kessler says. “I kind of hoped it would work out but I wasn’t sure. But [remote collaboration] was the only game in town if you wanted to make music. We’d share projects between us and add our parts, then we’d discuss it and what we’d done, and maybe go round again. It began feeling very similar to rehearsal, where you make progress with one song via small changes. It didn’t feel too much of a sacrifice being separated. It never felt like the songs were losing out because we weren’t in the room. Each time the tracks got improved, we felt more connected to them.”

Interpol eventually got into the groove of long-distance writing. “I’d wake up and hear something that Paul had added to the track, then I’d stick on my headphones and go for a walk and listen to it. It felt quite exciting – it served as a confirmation as to why we were a band, because our chemistry didn’t depend on us being in the same room.”

Among the strongest of Interpol’s new songs are pained opener and lead single Toni, Renegade Hearts with its duelling riffs, and the propulsive Passenger, one of the earliest tracks to find form.

“[Passenger] felt like a different kind of song than we’d done before,” Kessler says. “Once we get to the first part of the chorus, it takes eight chords before it finally gets to the second sequence of it. It’s like a story within itself that came out quite intuitively. I was kind of excited when I came up with that one, it felt a little bit different but interesting. It had a good juxtaposition between the verse and the chorus.”

Another highlight of the record, Fables, came from the cusp of the chaos. “I think I wrote the guitar lines for Fables right when lockdown happened. There’s an eeriness to the verse section that I found quite unsettling in a good way, but also emotional. I think Paul got into that with the vocals as well. I wanted the chords to be a little more gelled, so people could really bounce along to it. The guitar line has these two different moods. The song really switches gear by the chorus. Then you get to the post-chorus progression, where Paul and I lock into these little guitar moments and it’s just like we’re trying to deliver a shot of adrenaline, but at the same time maintaining the melody and repetition.”

Closer Go Easy arrived early and became a central directive for the band throughout the writing of The Other Side of Make-Believe. “It’s supposed to be a mantra, a kind of repetitive thing,” Kessler says. “It harks back to the first song on our first record, Untitled, where I play the same thing over and over. That’s something I’ve always loved – saying so much with so little, framing everything else around it, building the illusion of scene changes but the main theme stays the same.”

Following lockdown, and after a series of in-person sessions to further augment the songs at a rented home in the Catskills, Interpol headed to North London’s Battery Studios to work with much-admired producers Alan Moulder and Flood.

“They’re both legendary,” Kessler says. “It’s awesome to work with them. Alan had already mixed two of our records, so we had a friendship and the knowledge that he understood us. On album four and five, which he mixed, he knew how to find the right place for every single little detail. You never have to give him any notes, you just trust that he’ll find what the tracks need. It gives you a lot of confidence and comfort in the studio knowing that you’re working with someone who has a similar mindset to you. Flood has done so many amazing records that you’re excited but you’re not quite sure what it’s going to be.”

When the band hit the studio, the Other Side of Make-Believe songs were all prepared. “We could pretty much play a live show of these tracks, but you have to leave some space,” Kessler adds. “It became very clear that [Flood] had listened to those tracks over and over again, so that gave us major confidence. He’s a seeker of truth and gets to the DNA of the songs.”

Kessler kept his go-to Epiphone Casino on hand throughout the recording process. “I’m a creature of habit,” he says. “I don’t use that much bar the Casino. Paul uses mainly Les Pauls and an occasional Strat. I just relied on my Epiphone Casino the whole time. On other records, I’ve used my Gretsch G6117T Anniversary guitar. That was quite dominant on El Pintor. But to be honest, once I discovered the Epiphone Casino, my search was over. I love and admire many other guitars but the Casino just feels like an extension of myself.”

Another Kessler hallmark, atmospheric digital delay, appears all over The Other Side of Make-Believe. “I’ve got an old DD-5 Boss pedal that’s kind of broken yet operational. It creates a weird balance that I really enjoy. It’s not something I think I could recreate anywhere else.” Evidently a proponent of pedal-based effects, Kessler also favours Eventide’s Space reverb and the Electro-Harmonix Holy Grail reverb. “I like to control the effects with my feet,” he adds. “It’s almost like speaking with your feet. There’s a few things we did on the record but I personally avoid software stuff. Even though these days it’s often hard to tell the difference between a plugin and the actual thing, I prefer those things to come from pedals – it’s more inherent to me. I’m not that principled by any means, I just like the sound on the record to match what I do live.”

With The Other Side of Make-Believe out in the world and a tour to follow, where might the band’s third decade take them? “I’m very grateful for those moments where we’ve written a batch of songs and I still feel the same excitement that I had when I was a teenager writing songs,” Kessler says. “You could take that for granted, and sometimes I don’t have that feeling. But I’m happy that I still feel that investment. If Interpol was short of ideas and inspiration, it might be different, but whenever we’re in the room, it’s never an effort to make music – as soon as it feels like a job, it would definitely be time to quit.”

Interpol’s future, then, is a blank canvas. “It’s never really scripted, we never plan what we do next. As long as we still have that chemistry, we’ll keep making music. We don’t know what’s going to come next, and I value the time to have experience, travel, inspiration and meeting new people. It all becomes information that fuels you and the writing.”

The Other Side of Make-Believe is out now on Matador Records.