Fender’s ownership history in a nutshell

A look at Fender’s ownership changes through the decades. 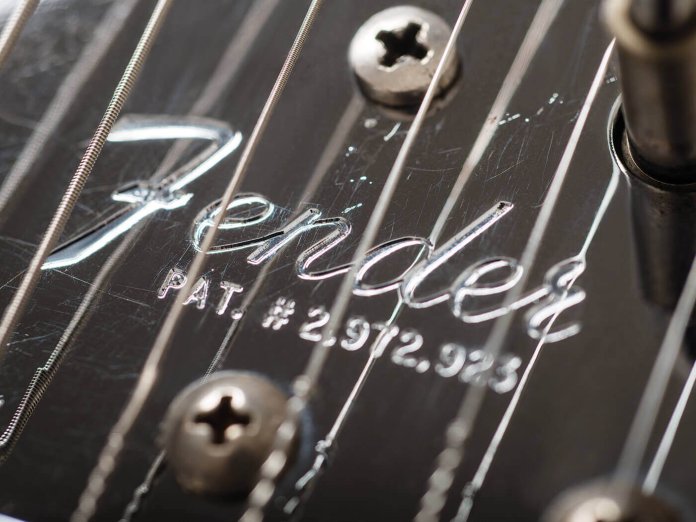 Fender’s reputation as the stalwart American musical instrument brand has gone largely unchallenged, though it certainly had its share of uncertainties. While the company has evolved significantly since its founding – with the change in ownership being the most recent – it has managed to stay true to founder Leo Fender’s original vision: inspiring artists around the world and giving new players the tools they need to start their musical legacy.

Here’s a brief retrospective on Fender’s history, achievements and developments over the years:

Leo’s first stringed instrument design was a Hawaiian lap steel guitar that came with its own patented pickup and amplifier, produced in 1945 under Leo’s joint venture with Clayton Orr ‘Doc’ Kauffman, K & F Manufacturing Corp. The two parted ways in early 1946 when Leo decided that he wanted to focus solely on manufacturing; he christened his new venture the Fender Electric Instrument Company.

The first official Fender guitar design came in the spring of 1950, with the introduction of the Esquire (the guitar was available in both single- and double-pickup options). However, complaints over the Esquire’s one-piece maple neck’s sensitivity to humidity led to the incorporation of a truss rod, and led to the guitar being renamed the Broadcaster and later the Telecaster, following a trademark dispute with Gretsch (FMIC took over marketing, production and distribution of Gretsch guitars in 2002). 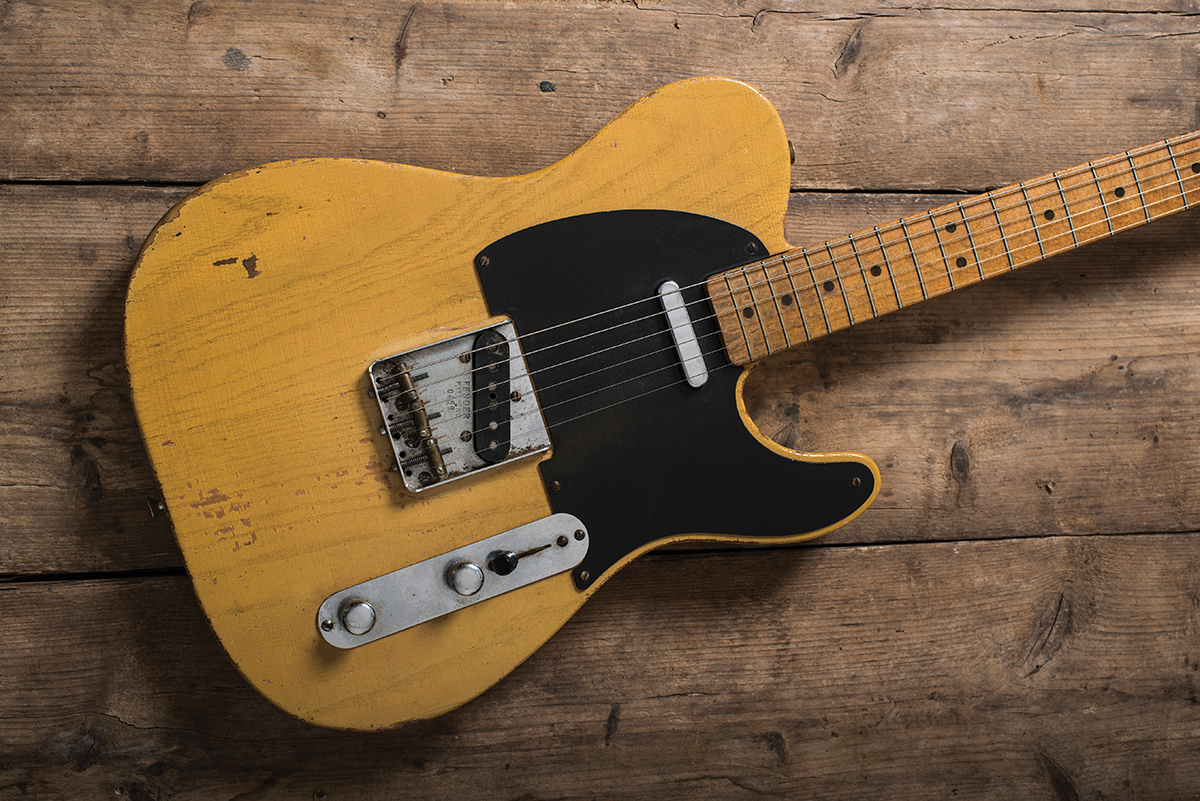 Fender also debuted the world’s first electric bass and bass amp in 1951: the Precision Bass and the Bassman amp. Three years later, the now-iconic Stratocaster was introduced as a follow-up to the Telecaster. The Stratocaster differed from the Telecaster in two aspects: it was the first Fender guitar to feature three pickups and a spring tension vibrato system, and came in a contoured body shape instead of the Telecaster’s ‘slab’ design.

By the mid-60s, Fender’s classic lineup of musical instruments was eventually realised with the release of the Jazzmaster in 1959, the Jazz Bass in 1960, the Jaguar in 1962 and the Mustang in 1964. Fender also began production of their acoustic guitars in that same year.

In 1964, Leo offered to sell his company to his partner in Fender Sales, Donald Randall, for $1.5 million. As Randall lacked the resources to make the purchase himself, he offered to find an third-party buyer. Fender was eventually sold to a subsidiary of Columbia Broadcasting Systems (CBS) called Columbia Records Distribution Corp for $13 million on 5 January 1965.

And so began the infamous ‘CBS era’ of the brand. The guitars made during this period were exemplified by a few cosmetic changes, most notably the oversized headstock design that became common around 1965, bound necks with block-shaped fingerboard inlays in 1966 and a brushed aluminium faceplate for guitar and bass amps (earning them the ‘silverface’ moniker) in 1968. The typical four-bolt neck joint was also changed to a three-bolt one in 1971.

Under the new management, Fender released several fresh designs. The Starcaster featured a completely hollow design that was considered unusual at the time due to the shallowness of the guitar’s body. The guitar also incorporated a brand-new pickup and Fender’s first humbucker, the Seth Lover-designed ‘Wide Range’ pickup. The Wide Range humbucker would also feature in three new Telecaster models: the Telecaster Custom, Telecaster Deluxe and Telecaster Thinline.

Even with the introduction of innovative technology, the CBS-run Fender saw its popularity wane as players felt that the quality of the instruments was not what it once was, while the prevalence of the ‘pre-CBS cult’ – in reference to Fender instruments produced before the sale – grew exponentially. To revive Fender’s flagging reputation, CBS recruited John McLaren, Dan Smith and William Schultz from Yamaha Musical Instruments.

An assessment by McLaren, Smith and Schultz resulted in the production of Fender guitars in the US virtually coming to a halt, in order to permit a rethink of the manufacturing process. In The Fender Telecaster: The Detailed Story Of America’s Senior Solid Body Electric Guitar, AR Duchossoir quoted Smith as saying, “Basically our goal was initially to restore the confidence of the dealers and the players in Fender. The only way we could achieve that was to raise the quality levels back up! We basically shut the plant down and retaught everybody how to make Fender guitars the way people wanted them.”

In 1985, Schultz and a small group of investors comprising employees and external entities like Servco Pacific Capital bought Fender from CBS for $12.5 million and renamed the company into its present-day name, Fender Musical Instruments Corporation. However, the sale did not include many of Fender’s patents, machinery nor the original Fullerton factory (where all of Fender’s instruments were manufactured in the US). As a result, US production of Fender instruments was officially shut down in 1985. Between February and October of that year, Fender guitars were all made in Japan.

However, Fender was forced to reconsider its import strategy when the Japanese yen doubled in value in 1987. The American Standard series was announced that year as a way to continue to produce basic instruments while at the same time capitalising on the brand’s homegrown provenance. Fender followed up on the American Standard announcement with the opening of its Custom Shop in Corona, California, also in 1987. One year later, Fender debuted its first artist signature guitars: the Eric Clapton Signature Stratocaster and the Yngwie Malmsteen Signature Stratocaster.

Fender’s corporate headquarters was relocated to Scottsdale, Arizona in 1991. Meanwhile, Fender instruments made in the Ensenada, Mexico plant (circa 1991) replaced Japanese-made Fenders (which began in 1982) as the primary export line.

In December 2001, private equity firm Weston Presidio bought a controlling stake in Fender for $57.8 million. A decade later, in 2012 Fender made the news when it announced plans for an initial public offering (IPO). The offering would have netted Weston Presidio more than $50 million (around a third of the company’s shares), but the IPO was eventually withdrawn due to poor market conditions.

Under this new joint ownership, Fender began to explore newer initiatives to maintain relevancy. The American brand made news when it announced plans for an initial public offering (IPO). The offering would have netted Weston Presidio more than $50 million (around a third of the company’s shares), but the IPO was eventually withdrawn due to poor market conditions.

Fender also began taking distinct measures to attract a wider audience under the joint ownership. In 2015, it kicked off a direct-to-consumer approach for sales of its instruments and electronic products. In doing so, it created a more conducive and accessible retail experience for consumers.

It followed up with a digital learning platform, Fender Play, and practice app, Fender Songs, launched in 2017 and 2019 respectively, making it easier for newbies to pick up – and continue with – the instrument. The brand also launched the Fender Flagship eCommerce store on Alibaba Group’s Tmall Global to capitalise on China’s burgeoning music scene.

Under the initiatives rolled out by Servco and TPG Growth, Fender saw a 300 per cent increase in revenue as well as an increase in investor interest, according to a statement provided by Servco.

Most recently, in January 2020, Servco announced that it would be entering into a sales agreement to purchase TPG Growth’s shares in the company – in effect making Servco Fender’s majority owner. The sale is expected to be completed sometime in February. However, Andy Mooney stated that the company will remain operationally untouched in spite of the change.

“On an operational level, all will remain the same,” Mooney said in a statement. “Fender will continue with the same exceptional management team who all have been instrumental in our recent growth.” 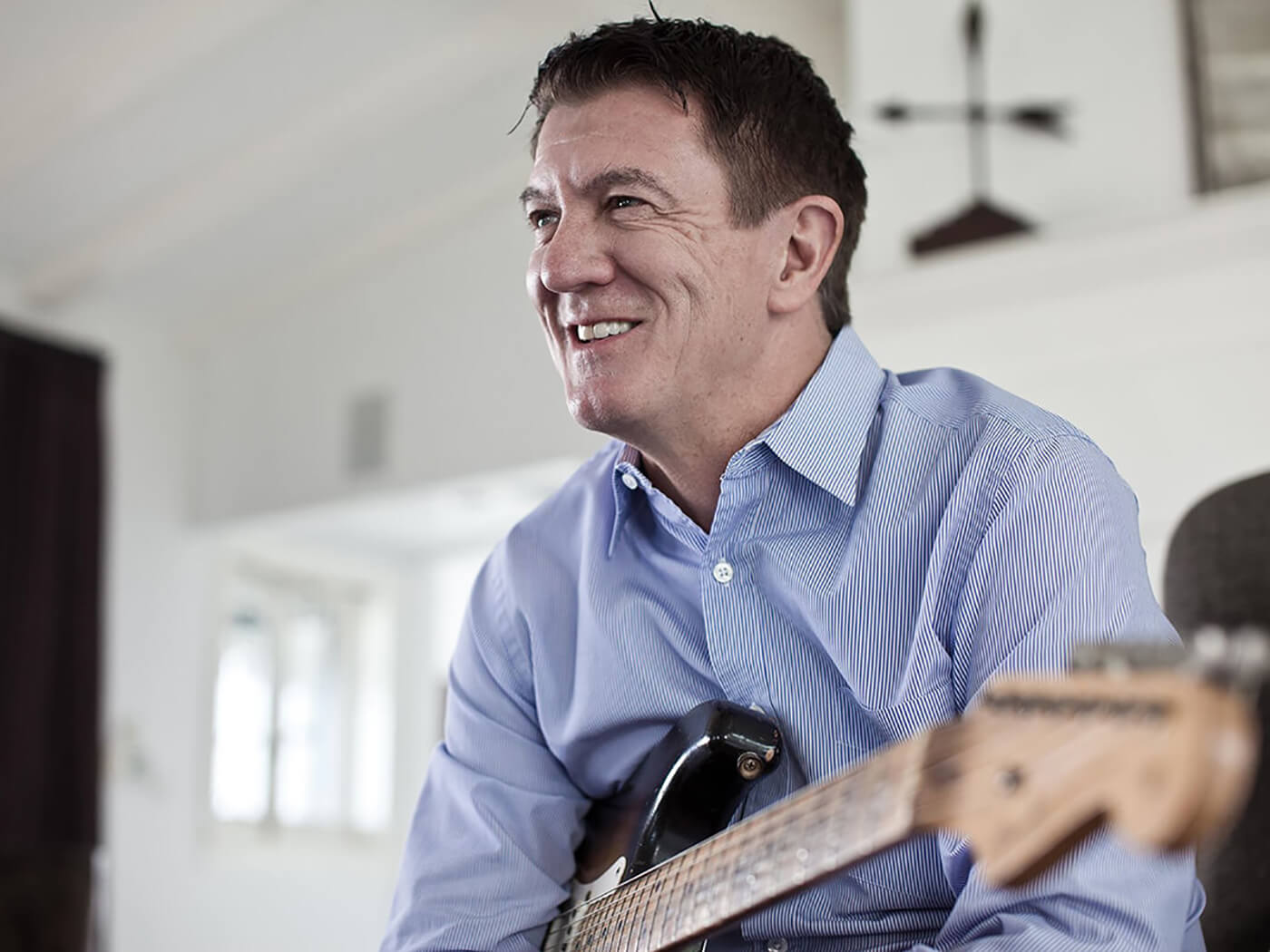 Fender’s change in ownership could herald a few things. The company has recently shown interest in investing heavily towards products that are less niche. This was even mirrored by new Gibson CEO JC Curleigh in his recent changes to the guitar giant: he detailed a new direction for the company that allows it to focus on its core guitar business, including dealer and consumer relationships.

Likewise, Fender’s recent innovations like Fender Play and Fender Songs appeal to more than just the aspiring guitarist and have revealed the brand’s interest in building a community and lifestyle brand rather than harping upon its legacy as an musical instrument manufacturer.

Fender announced its Next programme in 2019 as a platform to recognise up-and-coming talent in the music scene like Christone ‘Kingfish’ Ingram, Larkin Poe and Tom Misch, expanding its focus beyond its legacy generation to include younger and trendier audiences. The brand has also actively sought out more female artists to include in its roster. Its acoustic guitar series, previously an afterthought, has also seen significant expansion.

Will 2020 see Fender continue down this road or veer off the beaten path for something a little more left-of-field? If recent trends are any indication, we can expect to see Fender place more emphasis on incorporating digital technology into its products and services while also making inclusivity a big part of its brand identity.