Five bass legends on laying down the low-end

Billy Sheehan, Jason Newsted and Stanley Clarke, among others, share their thoughts on playing in the pocket. 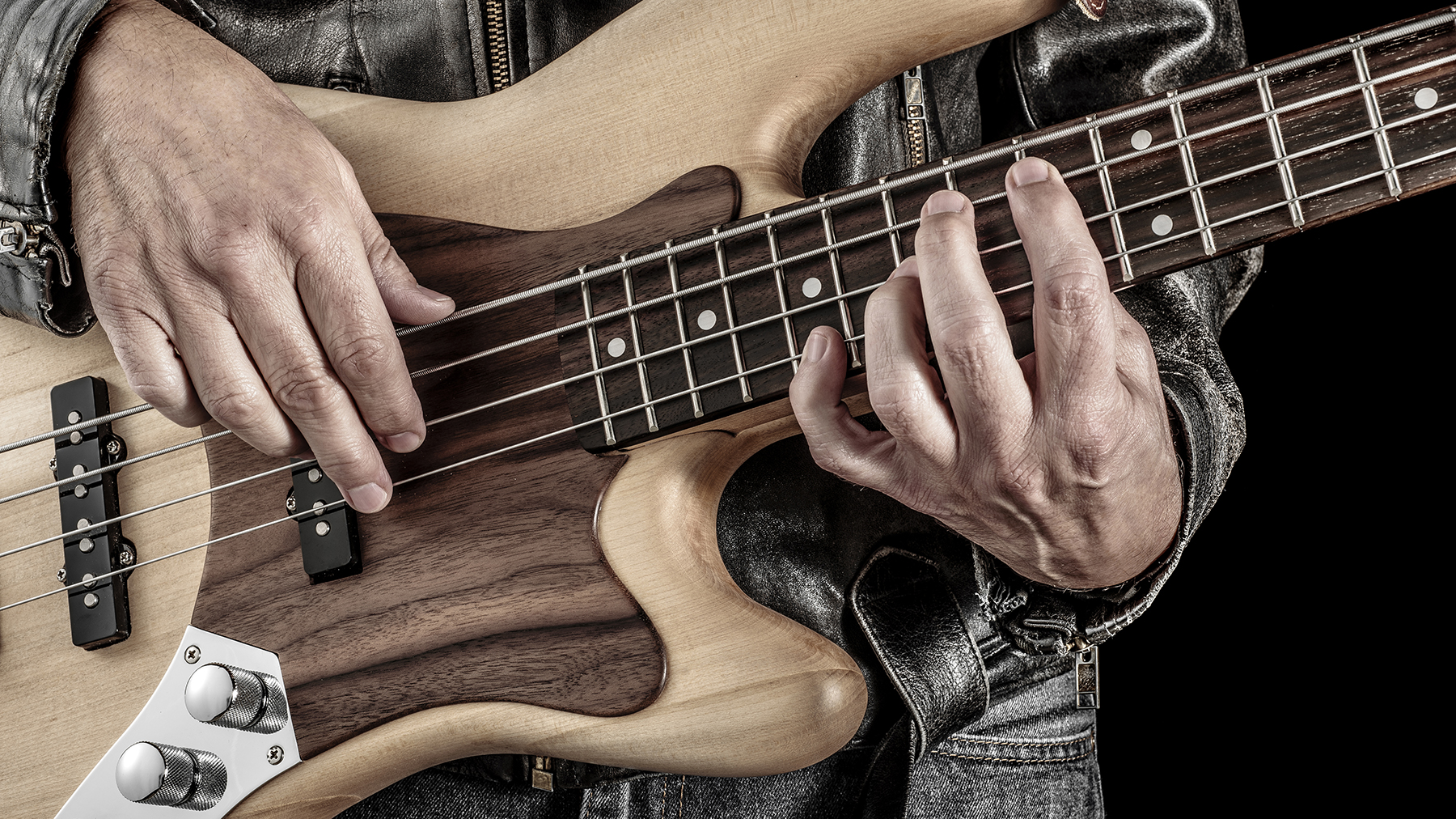 Before blazing up the fretboard faster than Billy Sheehan on crack, every acclaimed bassist started out the same: pounding the major scale to the tick-tock of a cheap metronome. Establishing a solid understanding of the fundamentals is key to laying down the groove of a band—because no one wants to hear a seven-minute bass solo, right? Hear from Stu Hamm, Matthew Garrison and their low-end colleagues on what it takes to be a bass player.

His theatrics on the fretboard may have led people to point fingers at Billy Sheehan for glossing over bass basics, but at least he’s making up for it by teaching. The Mr Big member now spends most of his time at clinics reminding the audience of the importance of locking in with the drummer. In any band, he said, the drummer and bassist must lay down the groove, which is the foundation upon which all the other instruments are built.

When Sheehan himself started out, he began practicing with a neighbor, who drilled into him the fundamentals of playing bass. “I went to his house one time, and it was just him and a drummer playing,” he recalled. “And I go, ‘Joe, where’s the rest of the band?’ He goes, ‘Well, now, you see, the bass and drums play together. When I play a bass note, he hits the bass drum at the same time.’ That’s an important part, and that was before I even owned a bass. It’s funny to me now, when I do bass clinics, that some people don’t know that. How could you not know that?”

“You don’t practice scales so you can play fast”: Stu Hamm

Stu Hamm is a master of technique. He’s known for his two-handed tapping, slapping and popping, and making his bass sound like any instrument he desires. But it’s never about showing off, the virtuoso said. “The only reason you’d use these techniques is to get the music out. I started tapping because there’s a lot of solo pieces that I’ve heard on piano and I wanted to play on the bass. But I just couldn’t figure out a way to do them. That’s how I came up with the technique of tapping.”

Necessity was the fuel that led Hamm to learn those skills—and it starts with something as simple as writing a song. “You don’t practice scales so you can play fast,” he added. “You do it so you can communicate the emotions. The techniques and styles kind of invent themselves as far as what’s required for the music I’m trying to write. It’s not like I sit down and try to learn this technique; I’m just trying to make the music come across.”

Even a jazz icon like Matthew Garrison runs out of steam from time to time. Working on a new record, going on tour and settling the business side of making music are fatiguing—and it helps to go back to the drawing board and do nothing but play.

“When I feel like I’m at a loss for a statement on stage, that’s when I feel like I’ve got to get back into some kind of woodshedding mode,” said the bassist, who has played with the likes of Ornette Coleman, John McLaughlin and Herbie Hancock. “And for me, ’shedding means finding something that I’m interested in sonically and really exploring it.”

When it’s just him and his instrument, he’ll experiment with all sorts of things: chords, capos, tunings, even hooking his bass up to his digital devices via MIDI. “I love exploring the bass,” he said. “Once I strap it on, I feel like, ‘Yeah, this is my stuff!’ For me, playing the bass is not [about] having to fight or think so much anymore. It’s like you reach for it and see what happens.”

“A lot of people can play, but not a lot listen”: Jason Newsted

There’s more to Jason Newsted than merely banging out distorted root notes when he was in Metallica. He believes that being a good bassist—or a musician, for that matter—is about playing your part and putting the song above everything else.

“A lot of people can play, but not a lot of people listen,” he said. “To be a good listener means knowing when not to play, to let the song be a song and the band be a band, whether it’s four guys playing loud electric guitars or if it’s 50 strings. It’s not important to be so abrasive all the time or to be super gnarly.”

Playing with musicians whose style differs from your own is one way to gauge your listening skills. Newsted, for instance, always tries to jam with jazz or horn players, but it’s not about mimicking them. “I don’t pretend to know their style or try to be all slap bass or whatever,” he clarified. “I play my style: kind of distorted, fast bass with a pick. That’s my style, and [the other musicians] come in, and they play their weird stuff that I don’t understand. But it all sounds cool together. Let everybody play their part in order to make multi-dimensional, cool-sounding stuff.”

“I’m a bass player before any other name”: Stanley Clarke

For Stanley Clarke, a bassist should be able to play his part no matter the style of music. And although his decades-long career has seen him careen through jazz, R&B, rock and even as a composer for children’s TV shows, it’s clear that Clarke still propped the bass up as the hero instrument.

Clarke did, however, face criticism during the early stages of his journey for being “all over the place.” “But that’s the way it is,” he explained. “I’m a bass player and I play all kinds of different music. My hardcore fans kind of understand this: The real thread that goes through all the music is the bass playing. For the most part, the bass is a stand-out element in every song. And that’s kind of the string that takes you through the record. People hear that really good, interesting, distinctive kind of bass playing, and they don’t really care if one song is reggae, the next is swing, and the next is ultra-funky.”