Finding a guitar tone that’s unique to you can be a never-ending quest—so we picked the brains of five seasoned players for a few tips. 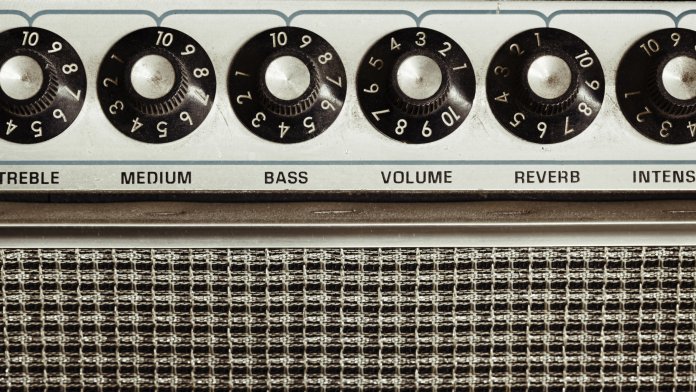 To most guitarists, “tone” is the secret sauce that separates the wannabes from the pros. Yet it’s one thing to have your instrument growl or sparkle like your favorite axe-slinger, and quite another to land a sound that’s unique to you. Some players take a lifetime, others stumble upon it after a few years. To help you find yours, we spoke to David Gilmour, Paul Gilbert and other guitar heroes on how they discovered their voice.

Learn to love yourself

While many dream of picking up a Les Paul and nailing Slash’s creamy tone, trying to imitate your favorite guitarist may end up limiting the sounds you’re capable of producing. Instead, you should be comfortable with how you sound—and then keep working on that. That has been David Gilmour’s secret to his fat, clear tone.

“My sound is what it is because of the way my hands and fingers are made, and due to my musical taste as well,” the former Pink Floyd guitarist told Guitar.com. “I can’t sound like anything else. I’ve never tried to make it like that; it’s just the way I am. I’ve had my moments of wanting to sound like Hendrix, or Eric Clapton, or Jeff Beck. Eventually, I got to like the way I sounded, and things got better from that moment. Not just ‘accepting’ it, but really liking what I sounded like.”

To Paul Gilbert, a great tune is more than stringing together the right combination of notes. It’s about dynamics. Dynamics are how much ‘change’ there is in your playing—shredding at 200 miles per hour but plucking each note with the same intensity and at the same duration results in mere monotony. You should instead aspire to color your playing style and songwriting with varying volumes, note lengths and melodies.

“You wouldn’t believe how many guitar players do not use any dynamics,” the former Mr Big guitarist sighed. And it’s not just a big section of loud and then a big section of soft. It’s a constant up and down of different tones, volumes and space. It’s this contrast of whatever’s going on with other stuff, and it can happen very quickly. And it makes a huge difference. Just that alone can separate the amateurs from the pros.”

Be the best man in your field

Trying to be a guitarist of all trades can sometimes backfire: You could end up sounding like a middling version of everything, including yourself. Committing to one genre over an extended period of time is important, as it takes time to familiarize yourself with the nuts and bolts before picking up more advanced techniques.

Pete Anderson advised players, no matter their skill, to focus on what they’re good at. “Once I’ve committed to being Pete Anderson, and was concentrating on me as a guitar player, I’ve been really conscious of staying on my ‘road.’ I’m just going to be the best Pete Anderson I can.”

In doing so, the country musician and producer was able to develop his technique and even invent new ones. “I have certain techniques that are very unique to me, and I’m going to concentrate and expand on those. I’m going to expand on my tone, my right hand technique, my concept of harmony, and the way I play. [And I’m going to] blaze that trail as me,” he said.

As tempting as it is to go wild with effects pedals, taking a step back and playing the guitar clean can reveal more about your tone. It forces you to leverage your own physical quirks to arrive at a sound that you enjoy. Mimi Fox, for instance, started out on an acoustic guitar, and she found that those old habits contributed to her thick, jazzy electric tone.

“I came from being an acoustic player, so I think that my tone is round and kind of full-bodied,” she explained. “The changes that I make to my tone usually come from my attack rather than effects. If I’m in a mood where I’m feeling kind of funky, I can slap and do all that stuff. But I do it naturally and organically; that works better for me than trying to put a whole bunch of reverb or effects on what I’m doing. So I like to interact with the guitar and make the tones that I’m hearing in my head come out, rather than mess around with a bunch of pedals.”

Dimebag Darrell (RIP) was a legend in the music world. His groovy riffs, wailing harmonics and general badassery were his hallmarks, and they were all calculated to a tee—well, except maybe that last part.

When recording Pantera’s albums, the guitarist revealed, the blistering tone that ended up on record was a result of his production and recording know-how. “Truthfully, if you know how to turn knobs in the studio, then your guitar is going to come out like you want it to sound,” he said. “Otherwise you’re at the mercy of whoevers running the damn thing cause they can do whatever the f*ck they want to it. It pays to be on top of your game, man, and know the in’s and out’s of all that shit and how it works.”