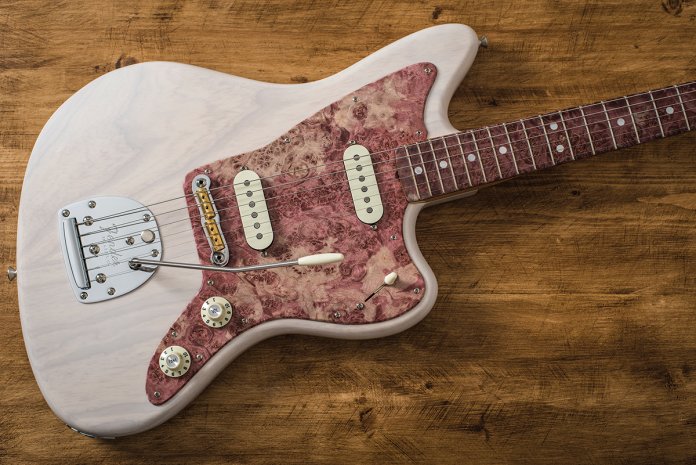 George Blanda has been responsible for decades of innovation at Fender. His Founders Design instrument is a reimagining of the Jazzmaster inspired by the Olympic White and tortoiseshell scratchplate combination of the early 60s, but with simplified controls, custom small-footprint pickups, an RSD bridge with brass saddles and a dyed and stabilised maple burl fretboard and pickguard. We caught up with George to find out more…

Q. When did you first gravitate towards the Jazzmaster?

“The first song where I really understood what ‘electric guitar’ sounded like was Walk, Don’t Run by The Ventures. I was about seven at the time. Of course, it was Bob Bogle playing a Jazzmaster. The instrument fell from favour during the overdriven blues-based rock era. In the early 80s I began to re-discover the early rockabilly guitar sounds and began playing a 50s Gretsch Country Club with DeArmond pickups as my main guitar. I began listening to a lot of surf instrumentals around this time also. 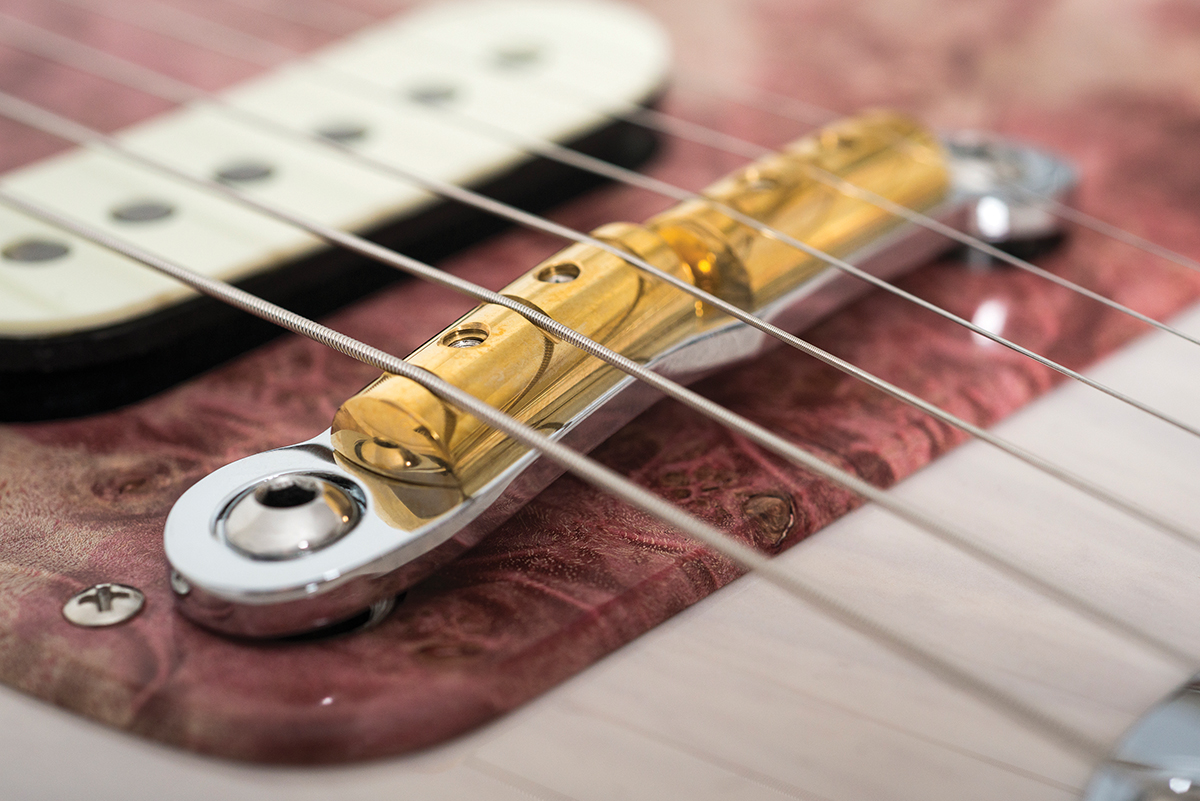 “When I started working at Fender, I came across a 1960 Jazzmaster that was laying around and began to see all the similarities in design to my Gretsch – body size, lower bridge angle, very subtle tremolo unit and beefier pickups. It produced a very similar sound, as well. I realised that Leo really had been trying to make a credible solidbody jazz guitar, but he seemed to be aiming at Gretsch more than Gibson. I really fell in love with that sound.” 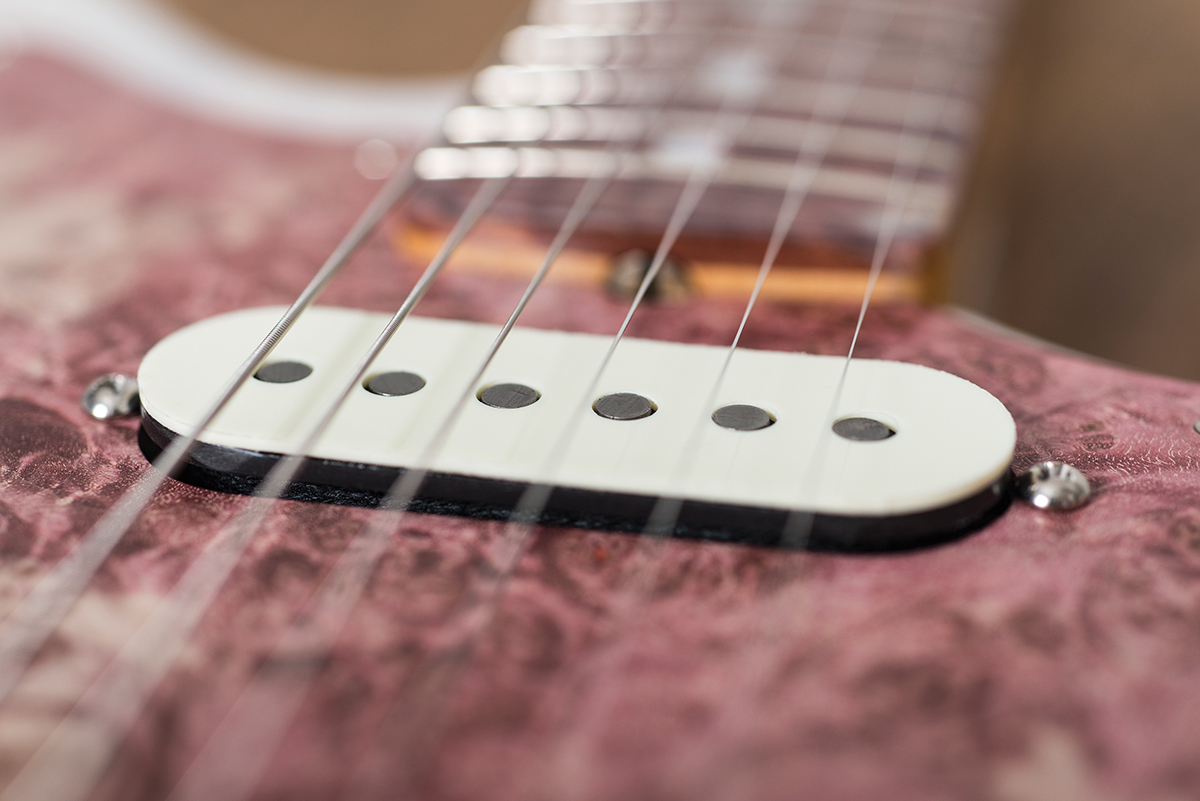 Q. Where did the idea for the dyed maple burl fingerboard and pickguard come from, and what are the challenges in working with that material?

“I originally wanted to use Bakelite or melamine in a maroon colour for both the fretboard and pickguard. Some of the original prototype Jazzmaster and Jazz Bass guitars used these types of fretboards so I felt there was a precedent, however slight. I wanted a marbled look like on old radios and such.

“I was having no luck finding the material and our director of wood sourcing knew of a supplier who could dye and stabilise large pieces of burl wood with acrylic. We got a sample and it was sold. The material works very well as far as machining and staying flat. The problem I had was the inconsistency in the wood, which is common in burl. The dye didn’t penetrate evenly, so I had to be creative in matching pieces to finish the run.” 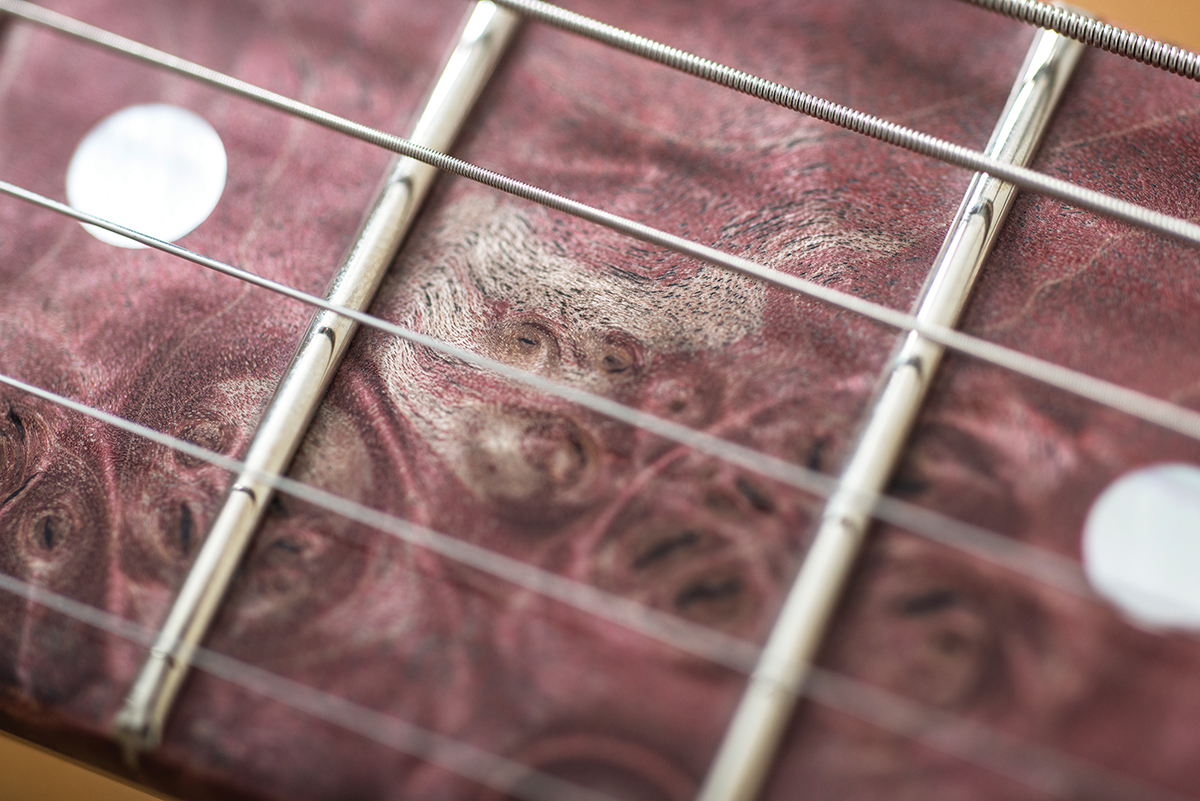 Q. Given that the physical shape of the coil has a lot to do with how a pickup sounds, how were you able to nail those classic Jazzmaster tones using a pickup with a smaller footprint?

“I’ve seen several different eras of Jazzmaster pickups and many of them were only wound part-way. It seemed like I could pull in the footprint a bit. Just rounding the ends removed much of the objectionable bulk; the wire doesn’t build out in a square shape like the original bobbins.

“I also decided to spread the fibres apart very slightly to further reduce the build. It seemed like this would yield something at least similar. After spending more time with these pickups, they really don’t exactly match the Jazzmaster, but they are much beefier than a typical Strat or Tele and have a very nice character that’s similar to the original.” 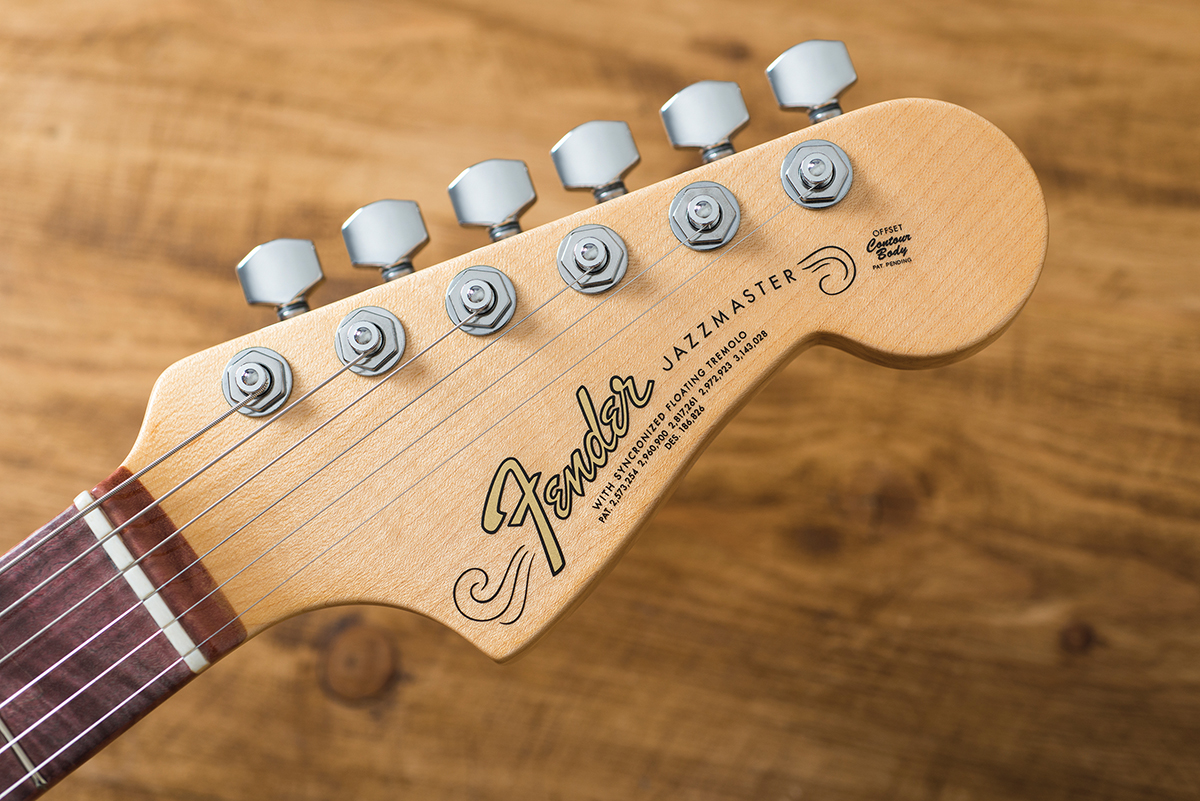 Q. What have been the highlights of your career at Fender to date?

“Although I was hired to start the Fender Custom Shop, I spent most of my time at Fender in R&D. Many times, these areas overlapped. Design wise, I developed the two-point tremolo for the original American Standard Strat that, in various forms, is still the main unit used across the company today. Later I developed Fender’s locking tremolo and designed many of the individual parts on our various humbucker, DeArmond and Noiseless pickups.

“I worked with Gene Parsons on the Fender version of the Parsons/Green B-Bender. I designed the Toronado, which was a spin-off of a NAMM Show guitar I did. In general, I did a lot of work to make sure all the parts fit together throughout the Fender line. 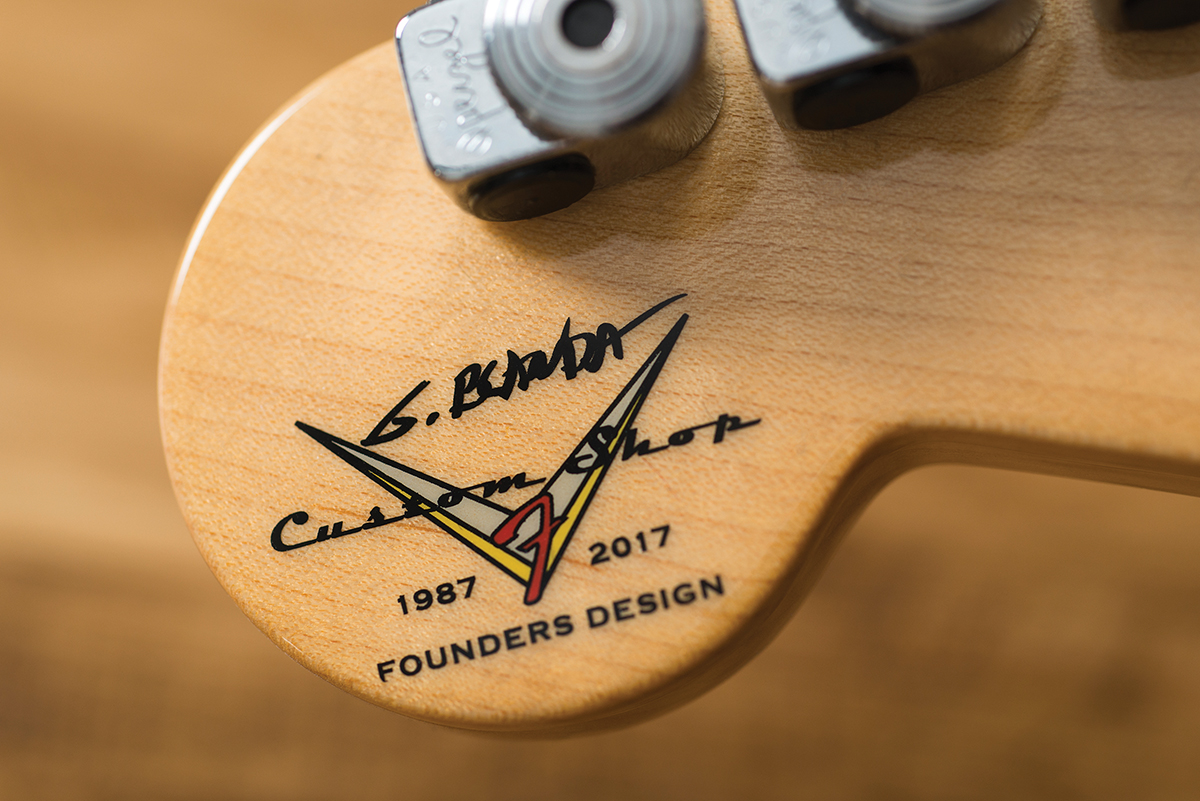 “As far as artists, early on I worked with Dan Smith to develop and build the first four Eric Clapton Signature models, which Eric played for almost two years before Fender introduced them. I worked on some early Jeff Beck prototypes and did the James Burton and Yngwie Malmsteen models. I worked with Louis Salgado and Chris Fleming to design, engineer and develop tooling to make the first US-made Custom Shop Gretsch models.

“I also developed the specs on the early tribute models; the Muddy Waters, the Hendrix Woodstock, and the SRV Number One. It was a special thrill to actually hold these iconic instruments in my hands.” 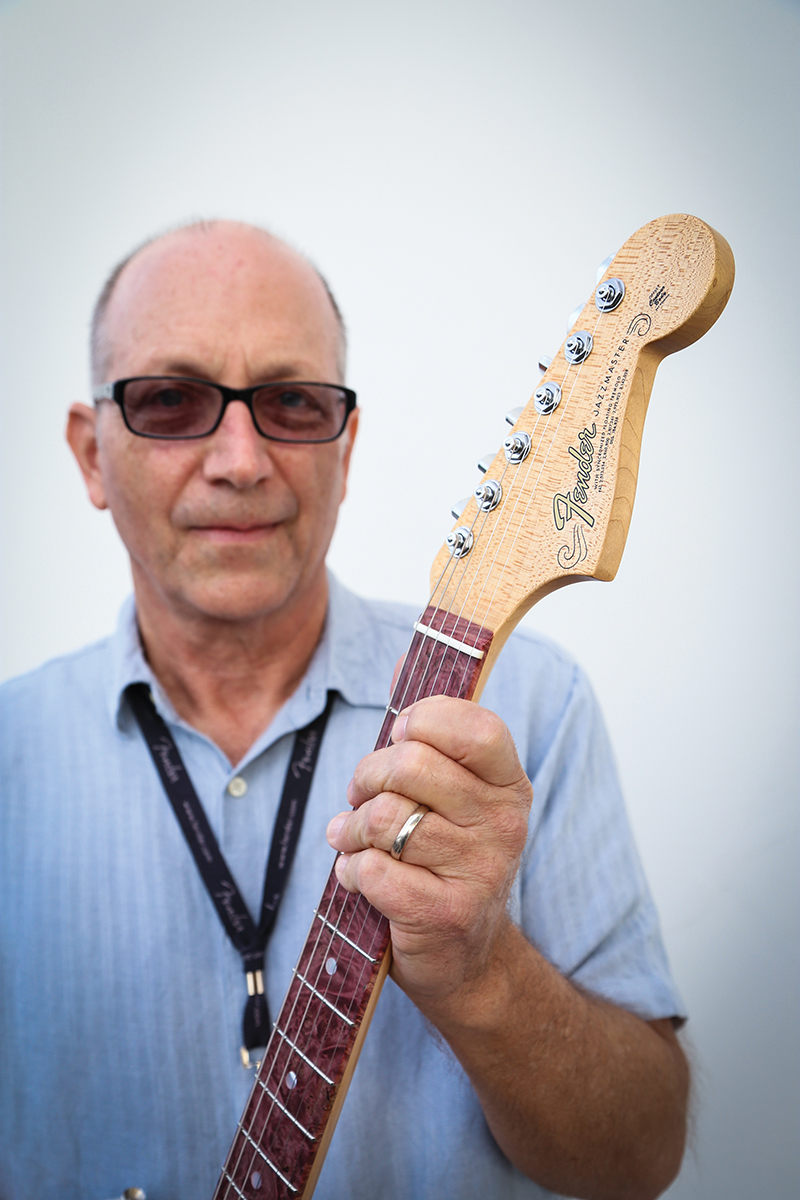 Visit www.fendercustomshop.com for more on the Founders Design Project.