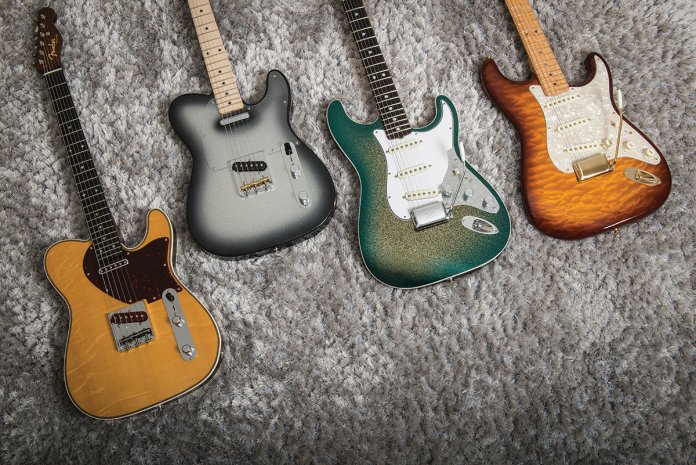 Custom Shop Fenders. Like buses. You wait around for ages and then four show up all at once! And yet it only takes one glance at our flamboyant quartet of Founders Design models to realise that this isn’t going to be your regular bus ride to work – it’s more of a magical mystery tour. From left to right, our four-piece includes the Fred Stuart Herringbone Telecaster, the Alan Hamel Sparkle Telecaster, the Mark Kendrick Stratocaster and the JW Black Stratocaster. 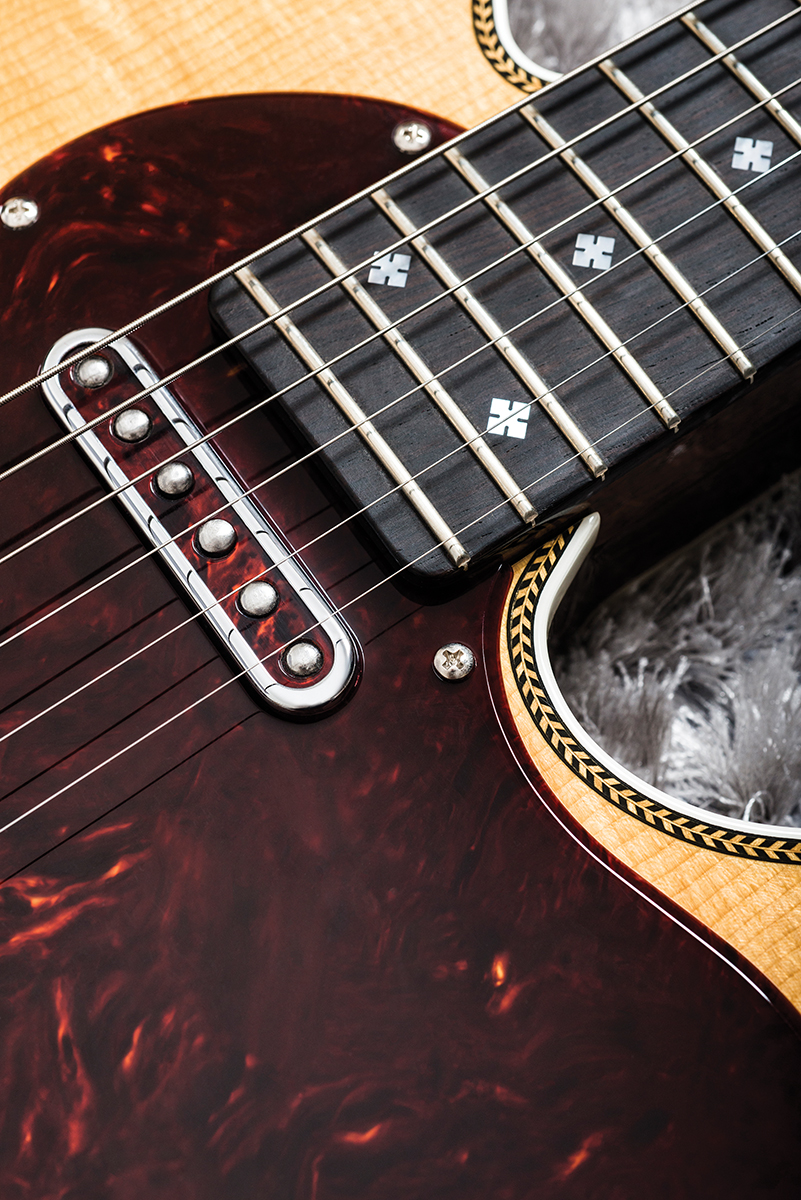 Inspired by a pre-war Martin Herringbone D-28, Stuart’s Telecaster design betrays his love for bluegrass. Fred had seen many a bluegrass guitarist make the jump from a Martin acoustic to playing electric on a Telecaster and both, he says, have an “initial defining quality.” 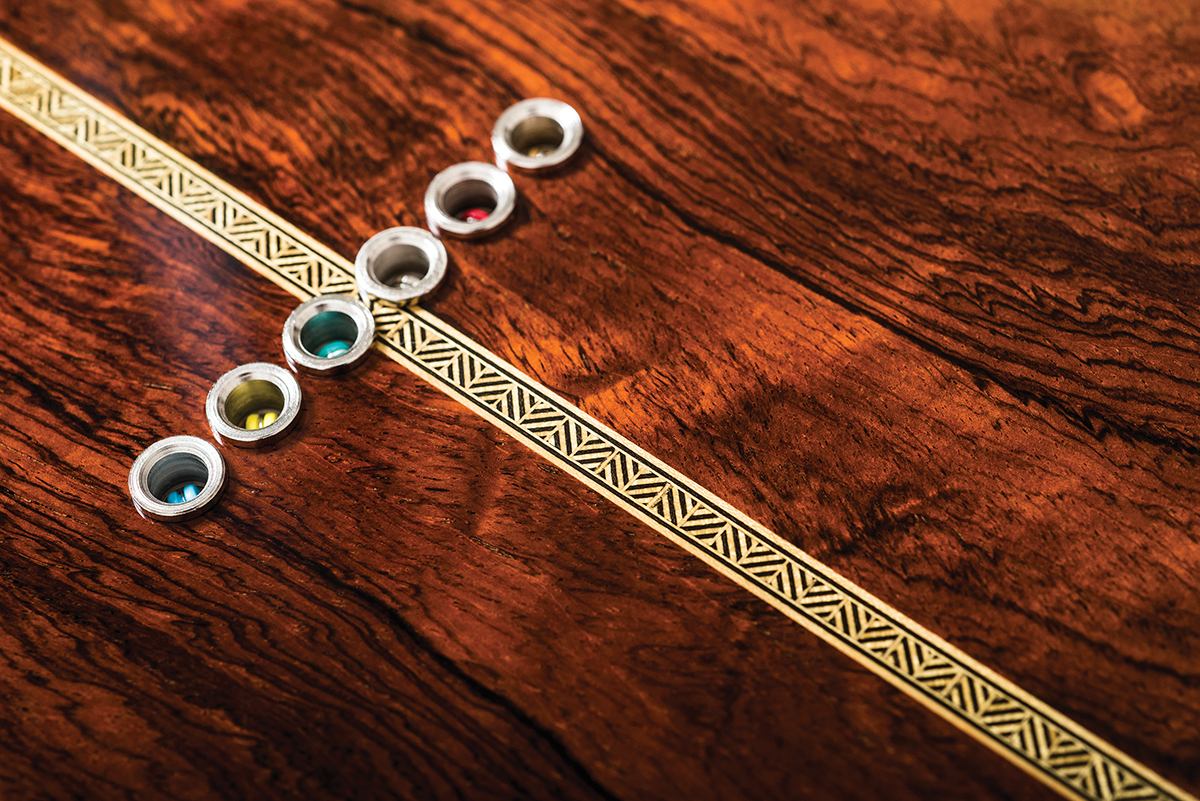 Alan Hamel arrived at the Custom Shop in 1992, five years after Fred Stuart, with whom he often shared stages. Hamel’s Sparkle Telecaster is a reference to what brought him to Fender in the first place, as he was initially hired when the Custom Shop were looking for somebody to take care of sparkle finishes. The bridge pickup is a replica of an early model Broadcaster pickup with specifications coming from Alan’s research for The Blackguard book. 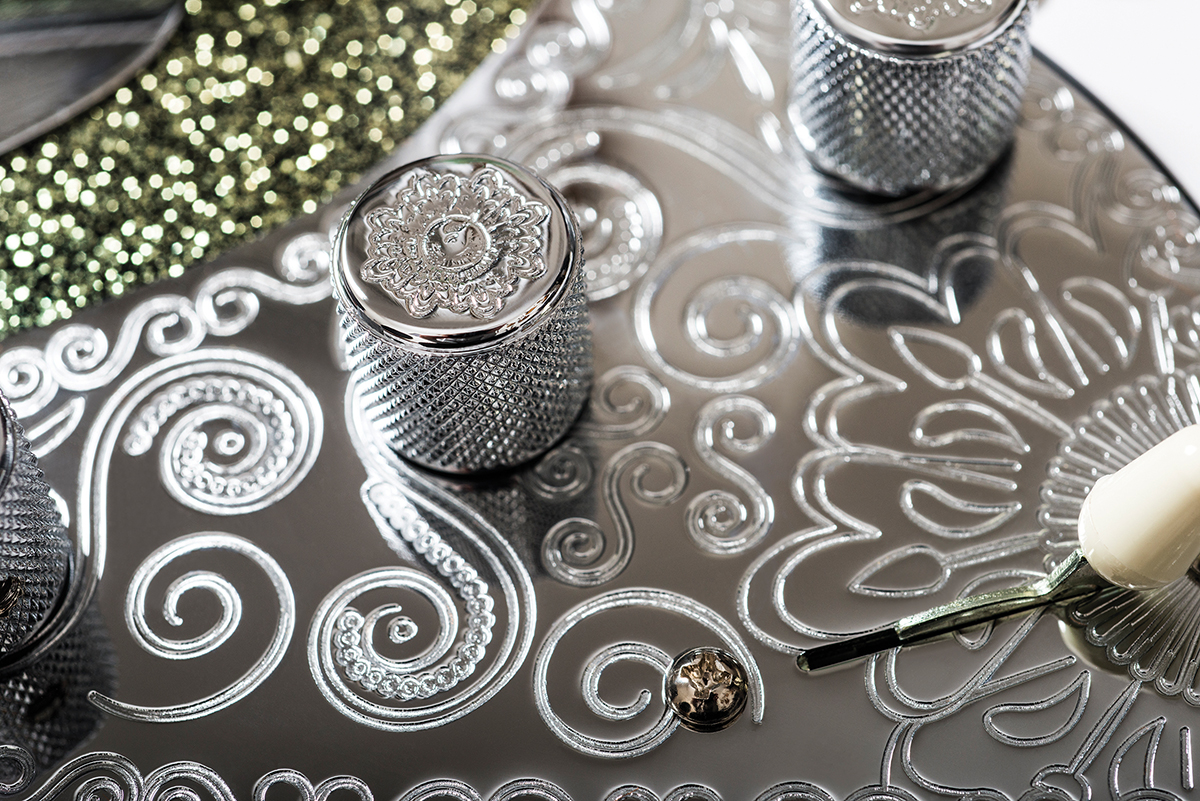 Mark Kendrick’s Custom Shop career also began with paint, but soon progressed – hired in 1991, by 1992 he was building. The Golden Teal Sparkle Burst on his Founders Design guitar – with contrasting transparent walnut back and sides – is inspired by the “Cholo lowrider culture” in 1970s Santa Ana, while the guitar also features a trio of Kendrick’s own Stratocaster pickups. 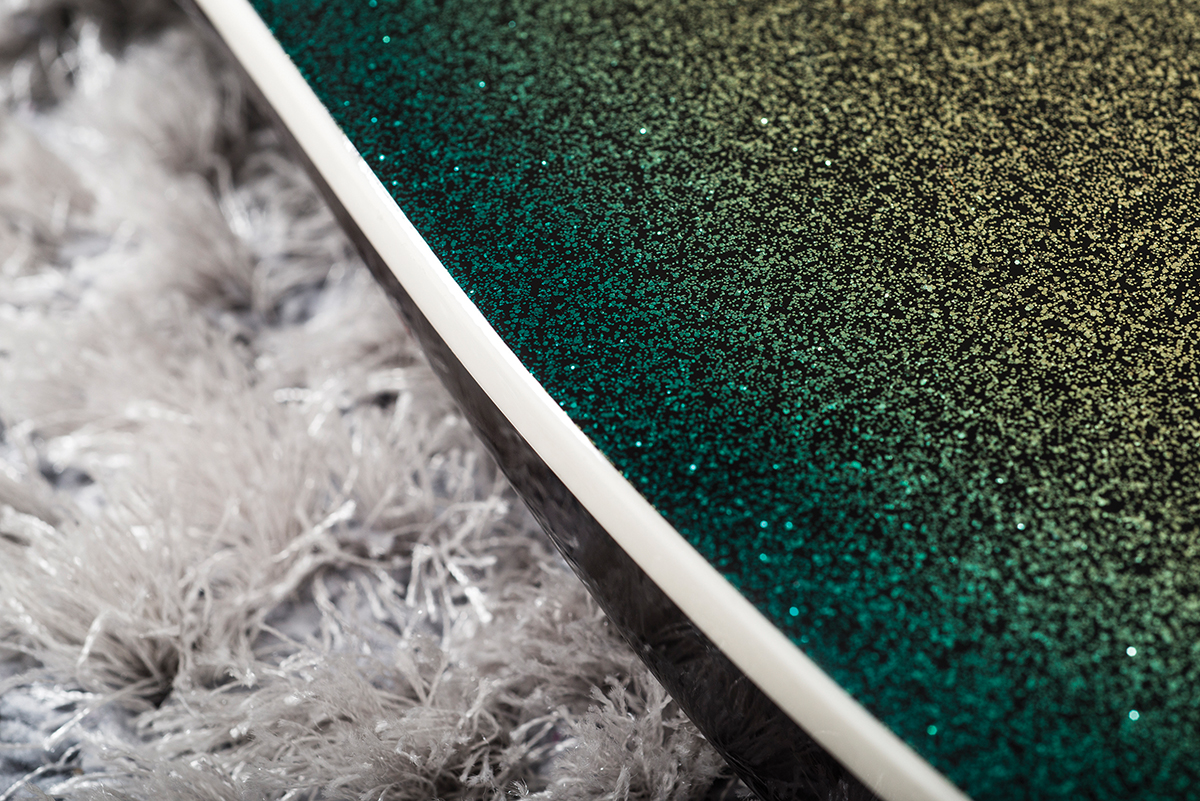 Few can claim to have been more influential in the first decade of the Fender Custom Shop than JW Black, and although he was instrumental in bringing the art of relicing to Fender, his Founders Design instrument couldn’t be further removed from that phenomenon. As well as working with the likes of Clapton, Beck, Dylan and The Rolling Stones, Black also built a lot of instruments for the doctor/lawyer clientele. 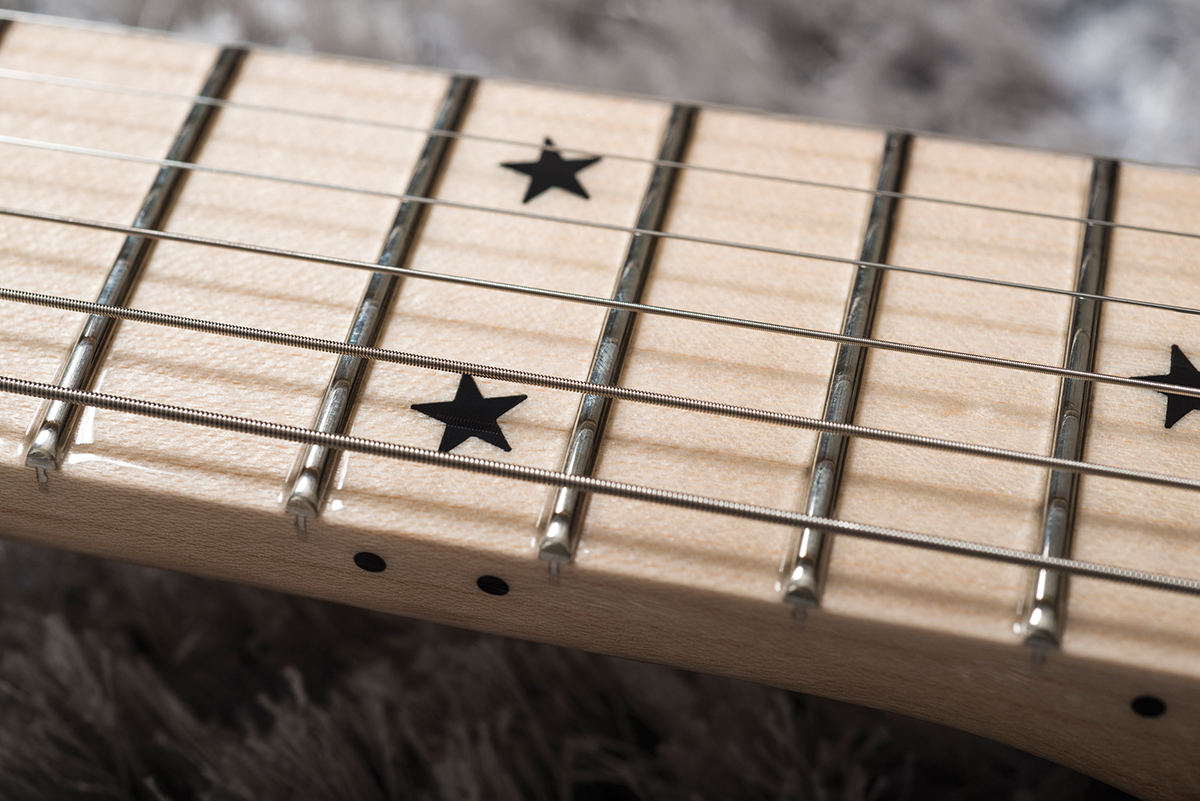 “They were a weekend warrior guitar player collector group, and when you talked to them, you knew they were making a special gift for themselves,” says Black, and heavily figured tops such as the one on the JW Black Founders Design Stratocaster here became something of a calling card for the former Custom Shop man. 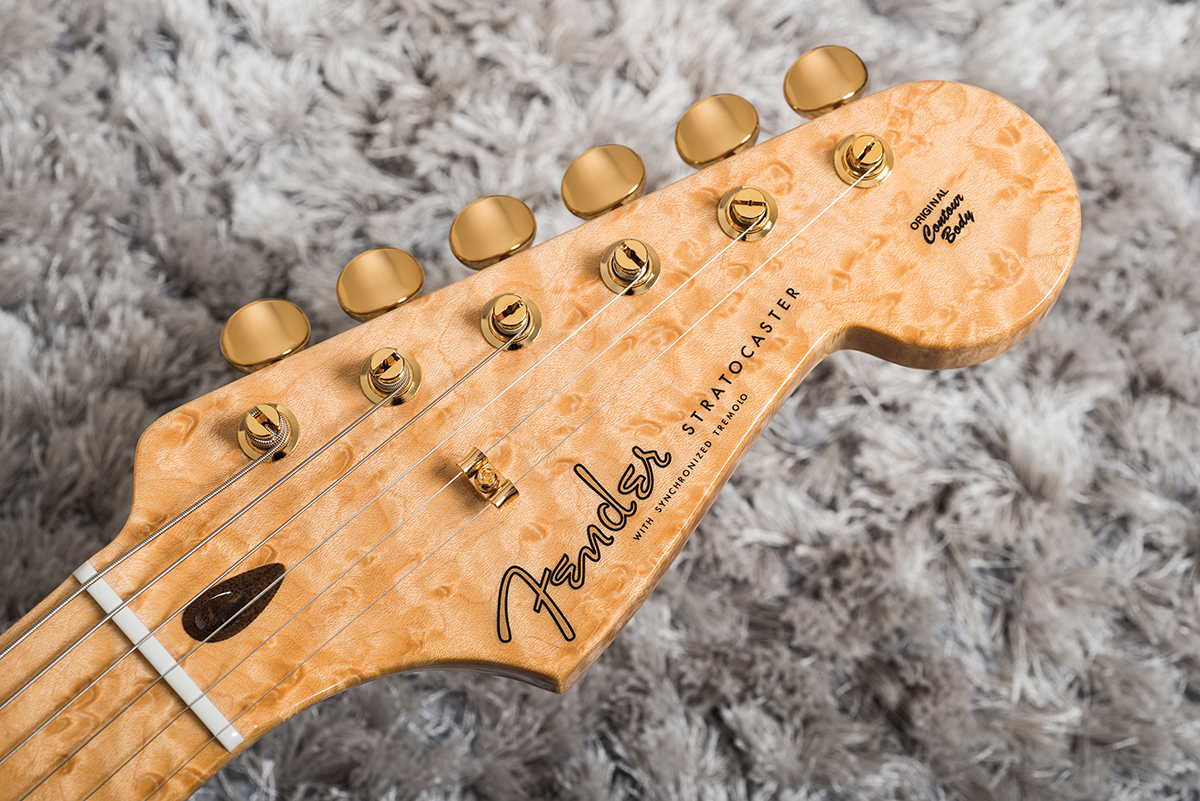 Fittingly, when asked about this instrument he says that “It’s still about Leo and how he served the musician. It’s taking his greatest designs and just adding modern twists, artist input, player input, and coming up with something that honours his original concept, but brings it up to standards for the modern player.” We suspect that the Fender Custom Shop will continue to do just that for at least another 30 years and way beyond that. 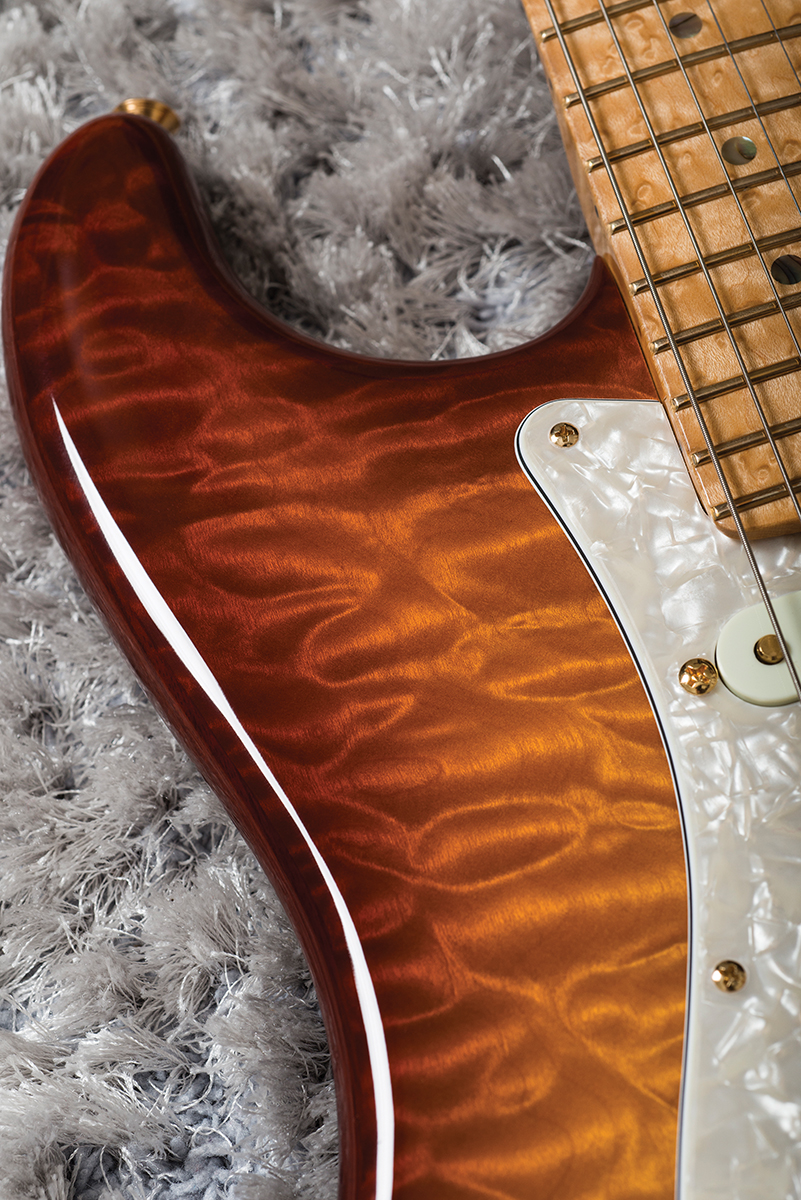