A gallery of the glorious guitars from Gibson's 2020 range. 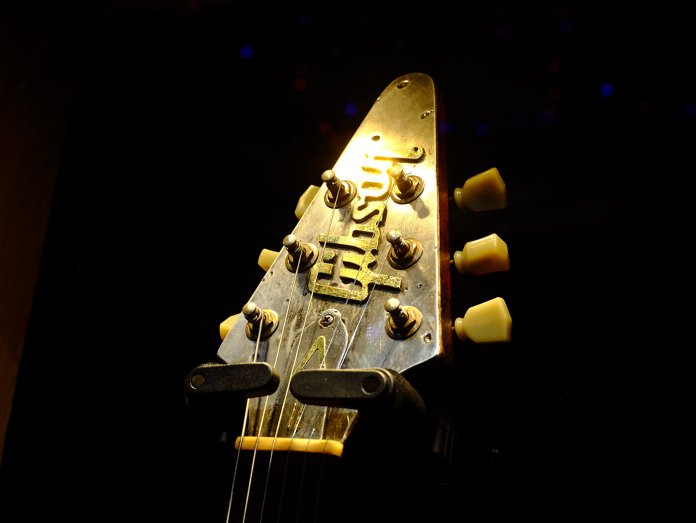 NAMM 2020: Gibson‘s lineup for the year – including the Epiphone instruments – were, naturally, one of the most popular of the show. Besides the Slash Collection, the 60th Anniversary 1960 Les Pauls were the highlight alongside the Non-reverse Firebirds that now come in a rainbow of achingly cool colours.

Check out our highlights of the Gibson booth at NAMM 2020 here:

Gibson made a splash with the Slash Collection, and this Gibson Custom First Standard 1958 Les Paul is one of the jewels of the series. Check out our review of the Slash J-45 and Les Paul Standard here, in which we called the latter “a stripped-down, fire-breathing machine”.

You can’t go wrong with a ’59 reissue, especially if it looks as good as this Gibson Custom VOS in Washed Cherry Sunburst, which is part of the brand’s Historic Reissue Collection. Watch more here. 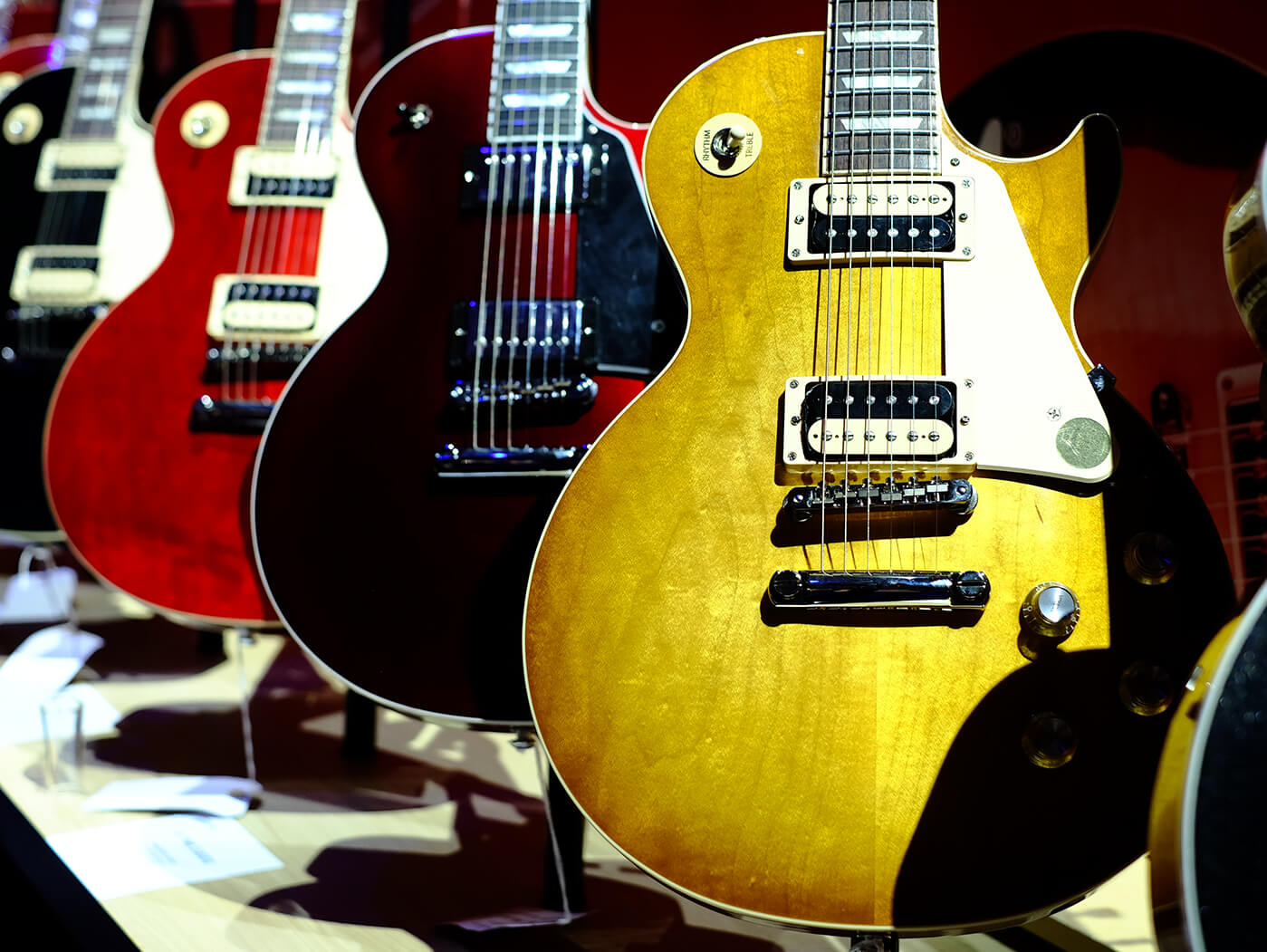 On the other end of the spectrum, these 2020 Les Pauls from Gibson’s Modern Collection provide everything a player today needs. Like a weight-relieved body, slim, asymmetrical neck, compound radius fretboard and BurstBucker Pro pickups.

In our review of the 2019 Les Paul Modern, we said, “With expanded sonics and modern updates, this sharp-dressed LP is worthy of an audition.” 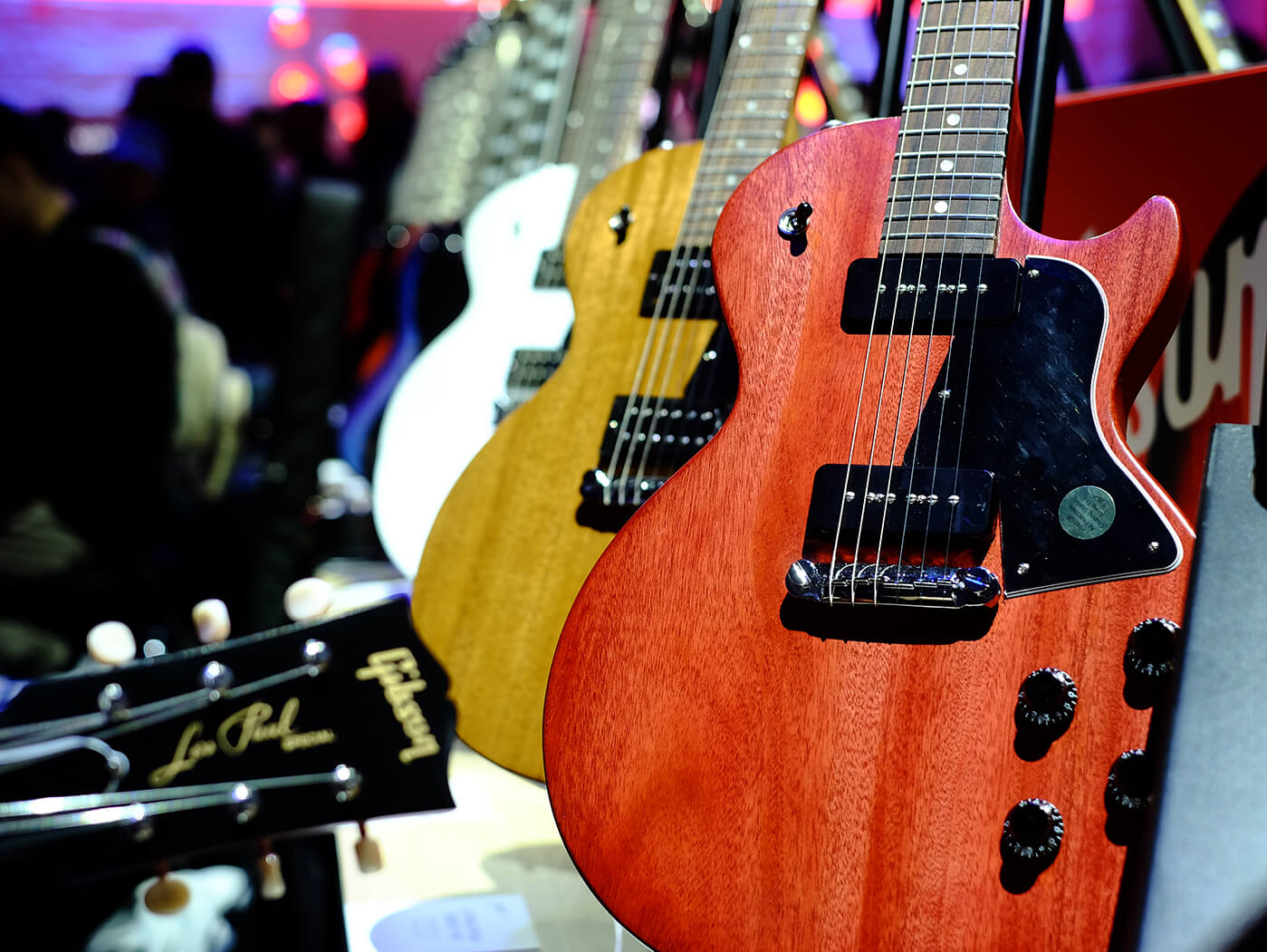 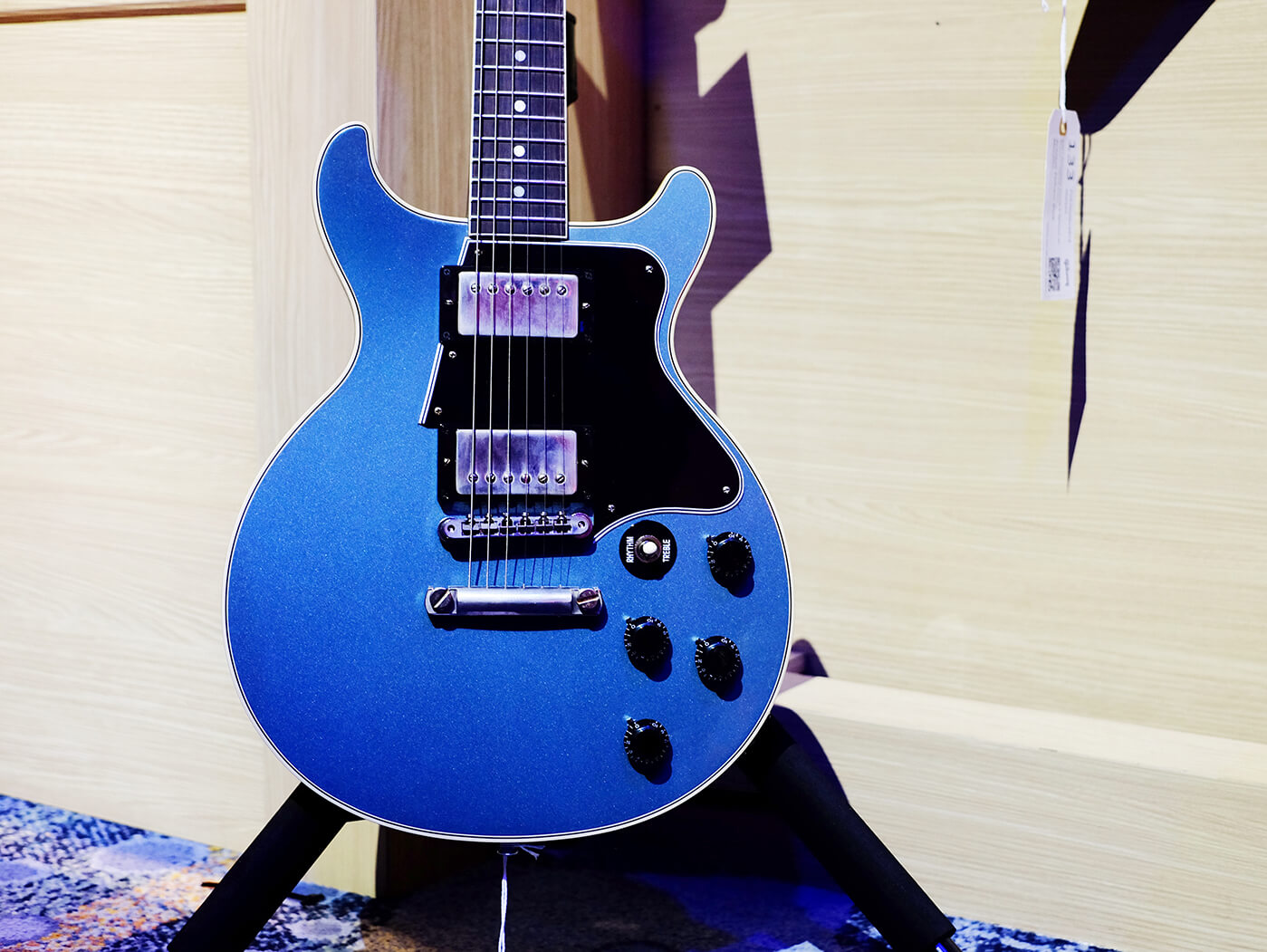 How about this arresting Pelham Blue finish on a Les Paul Special Maple Top VOS? 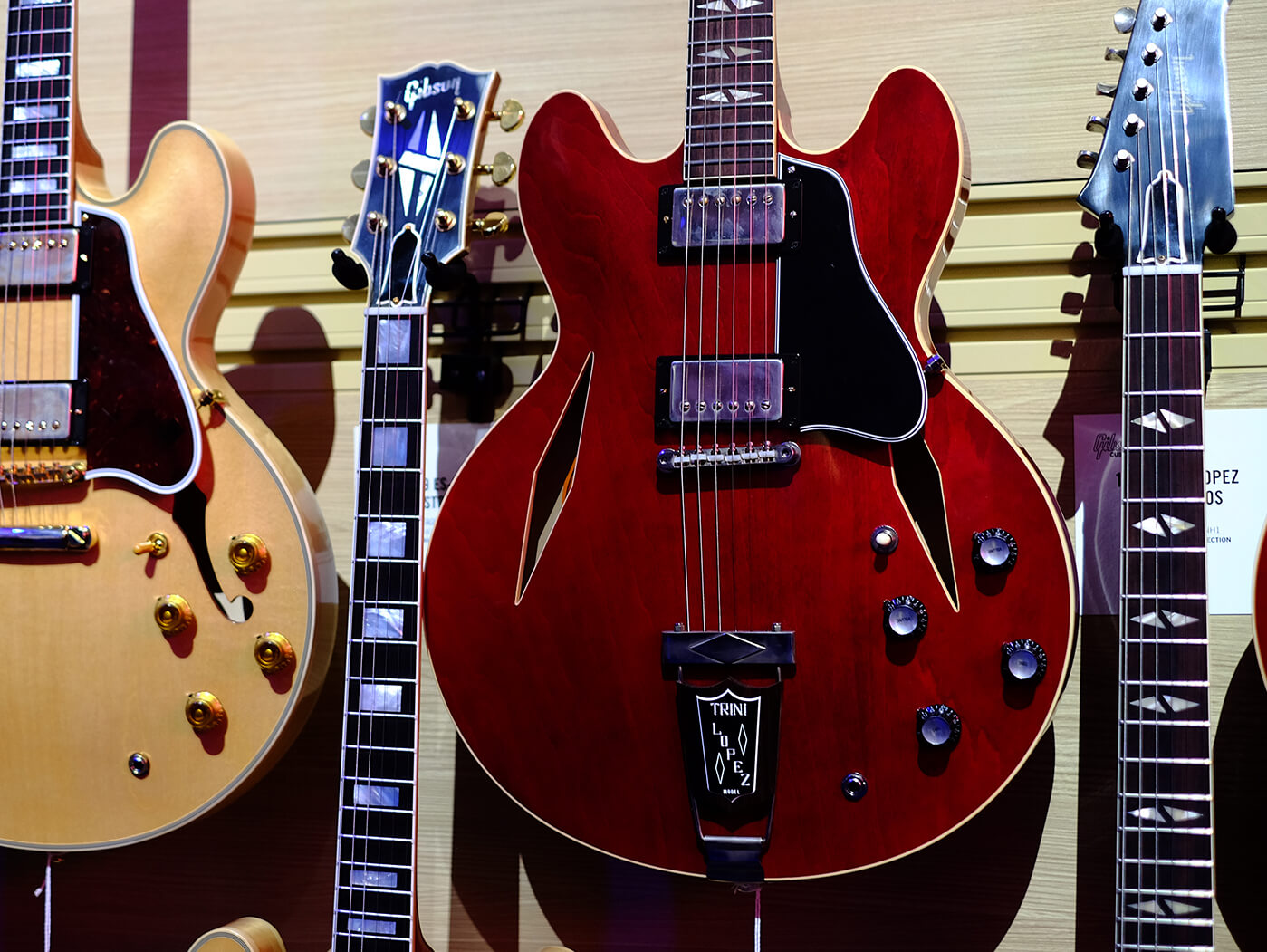 A brand-new Trini Lopez semi-hollow – a few months back, we got to check out a bona fide vintage specimen owned by Gary Gand, an industry icon who also happens to be Lopez’s next-door neighbour.

These Leo Scala Masterbuilt Flying Vs are, as exclaimed on cards beside the guitar, categorically “NOT FOR SALE”. The metalwork on the headstocks is something else, as are the detailed relic jobs. 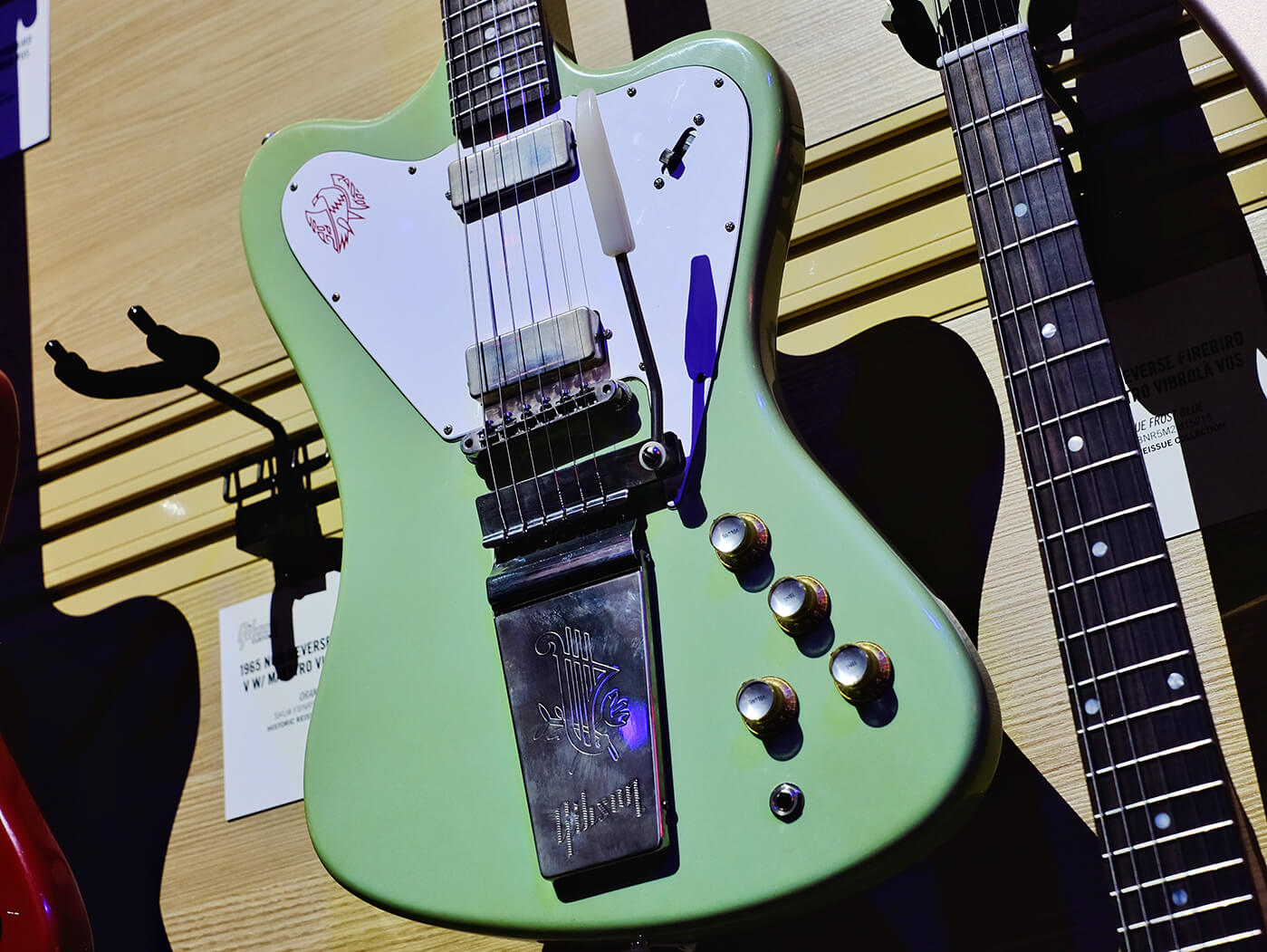 One of the stars of Gibson’s show was the Non-reverse Firebird, whose Maestro Vibrola trem and vintage-inspired colours certainly caught our eye. We managed to get a closer look at these guitars – watch our video here.

It wouldn’t be NAMM without some crazy, over-the-top guitar. And this Ho’omaha Les Paul from the Custom Art Collection certainly fit the bill.

The Dream Weaver archtop with its cobwebbed f-holes and checking patterns on its Purple Widow finish – another kooky one for the show.