Guitar.com Live: World-leading blues guitarist Joe Bonamassa treated fans to a show-and-tell presentation of some rare six-string gems from his astonishing guitar collection. The video presentation premiered on the second day of our virtual guitar show.

One of Bonamassa’s most cherished guitars is a cherry sunburst-finished 1960 Gibson Les Paul played by late guitar great, Tommy Bolin. The instrument took Bonamassa eight years to track down, and in fact, was never owned by Bolin himself but by his guitar tech, David Brown.

It features several unique appointments, including a Bigsby tremolo system and an American flag pickguard painted by Brown. To preserve the artwork, Bonamassa admitted to removing the pickguard before playing – even having a replica made for using onstage. 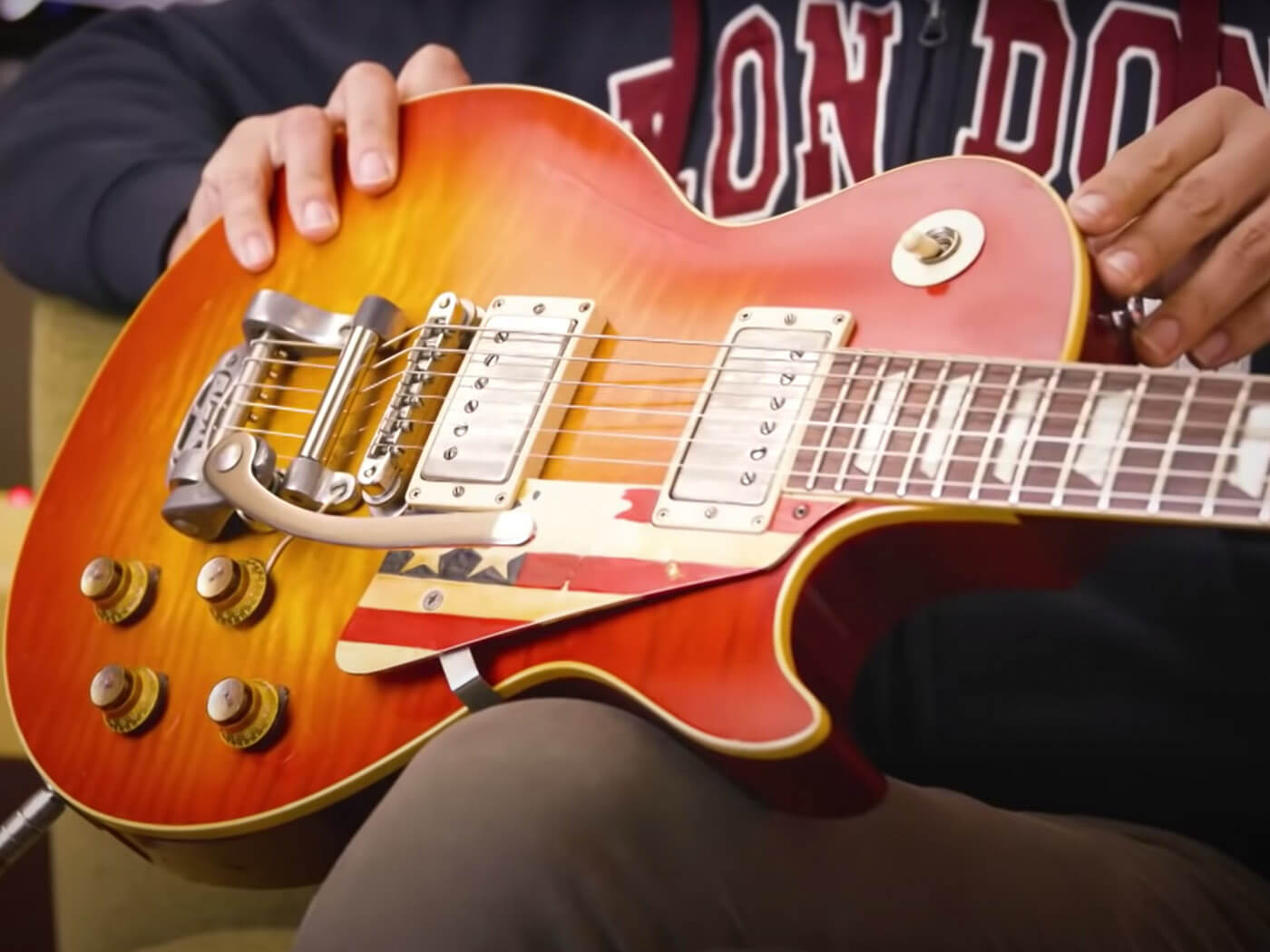 One of the more historic guitars shown off by Bonamassa was his 1951 Nocaster – endearingly referred to as “the Bludgeon”.

Said Bonamassa on Telecasters: “If you find the right one, you can rule the world. They to me are the most basic of solid-body guitars, but in a lot of cases the most versatile.” 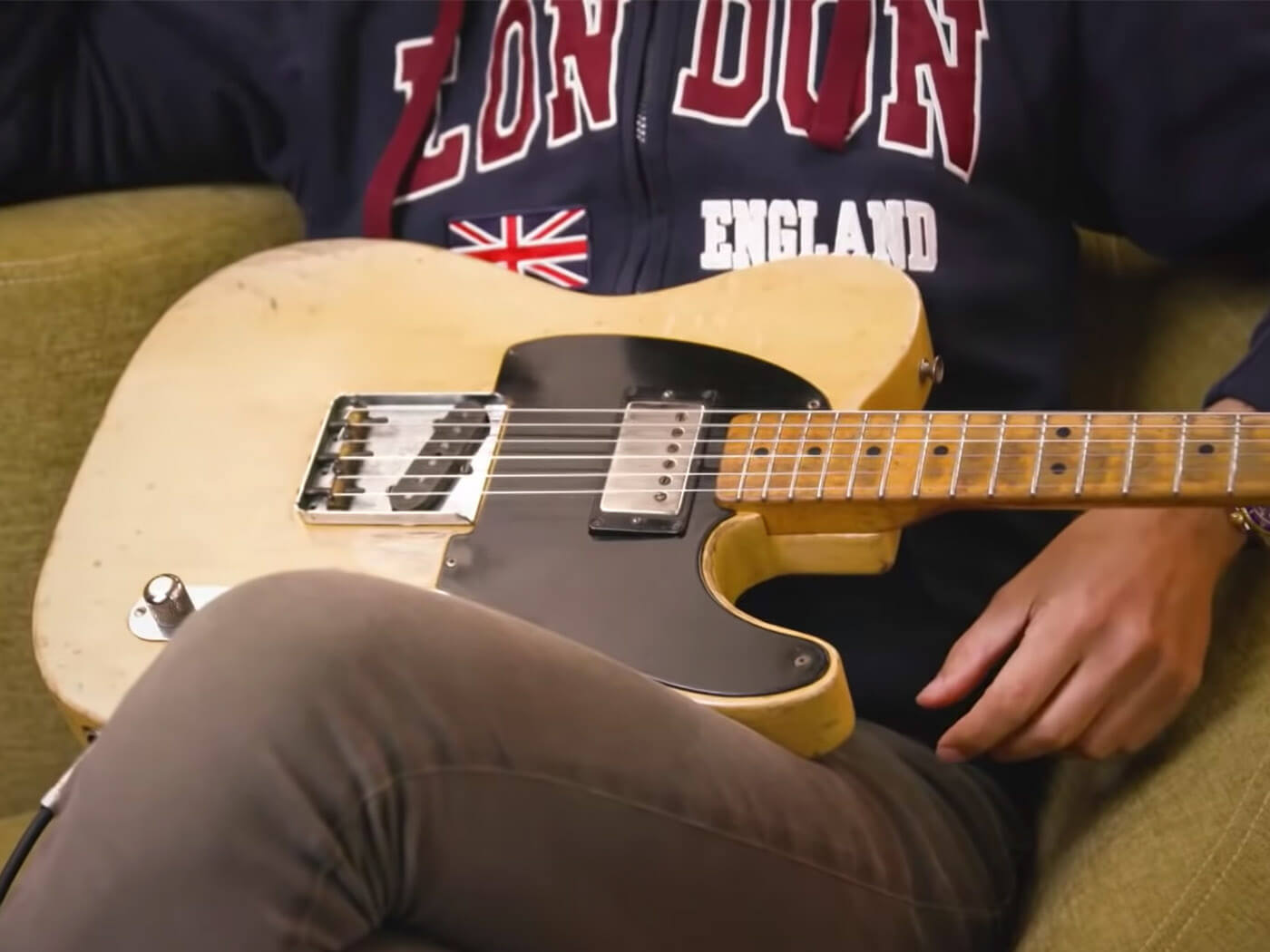 The last guitar showcased by Bonamassa is nicknamed “The Brown Thing” – a 1955 Gibson Les Paul Standard with P-90 pickups and a custom “Copper Iridescent” finish. Many 50s-era Les Pauls typically came only as a Gold Top; custom finishes were especially rare.

“It’s nothing but a Les Paul Standard, just painted in a strange, unique colour – I just dig it,” Bonamassa said. “As [a collector], this is why I do this. Because it’s all about finding preserved models of standard guitars or finding the odd fellow.” 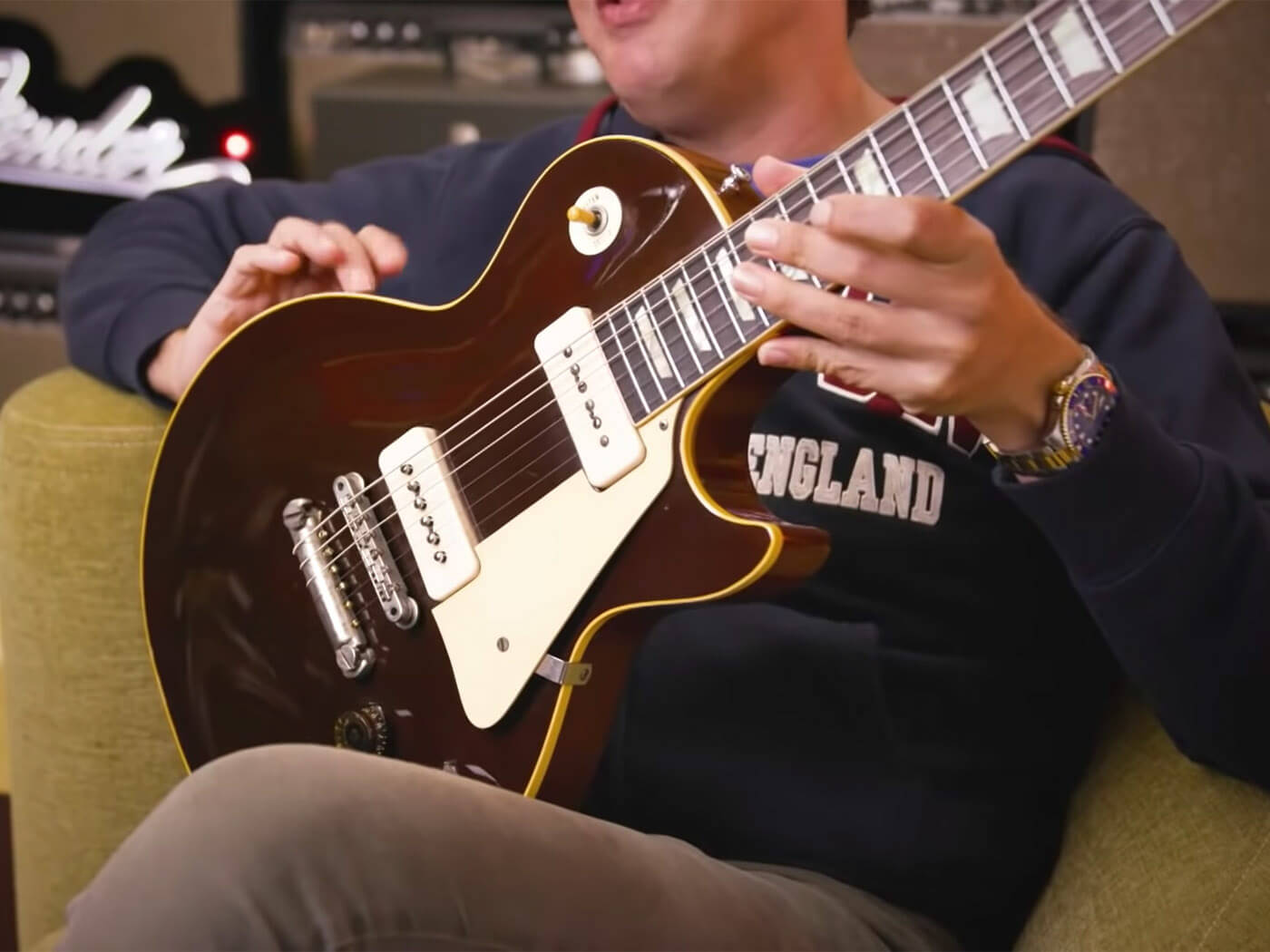 Watch more videos from our virtual guitar show at Guitar.com/live