NAMM 2022: All the best guitar gear announcements from day one 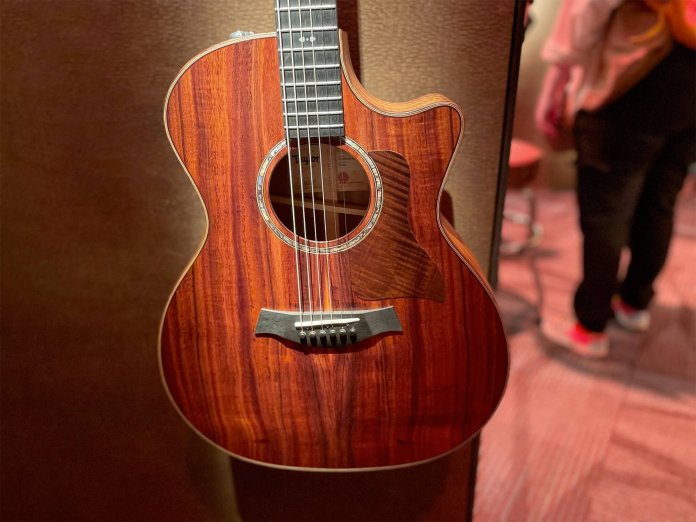 The NAMM Show 2022 is off to a good start with some truly exciting guitar and pedal announcements from some of the industry’s leading brands.

Here, we’ve rounded up the biggest and boldest new gear from day one of the premier instrument trade show – read on to find out what’s new.

The brand helmed by Animals As Leaders’ Tosin Abasi has moved away from the Larada shape for the first time with its very first double-cut guitar, the Emi. Abasi Concepts have created several shapes based on the distinctly modern and ergonomic Larada shape like their Space T, but their first-ever double-cut loses none of the dramatic flair as it is essentially a double-cut Larada.

The Emi will be available in six-, seven-, and eight-string configurations, with the seven-string configuration notably being Abasi Concept’s first to come with a floating tremolo. The brand appeared to showcase a guitar single scale length rather than a fanned fretboard, but that may be to accommodate the tremolo configuration. 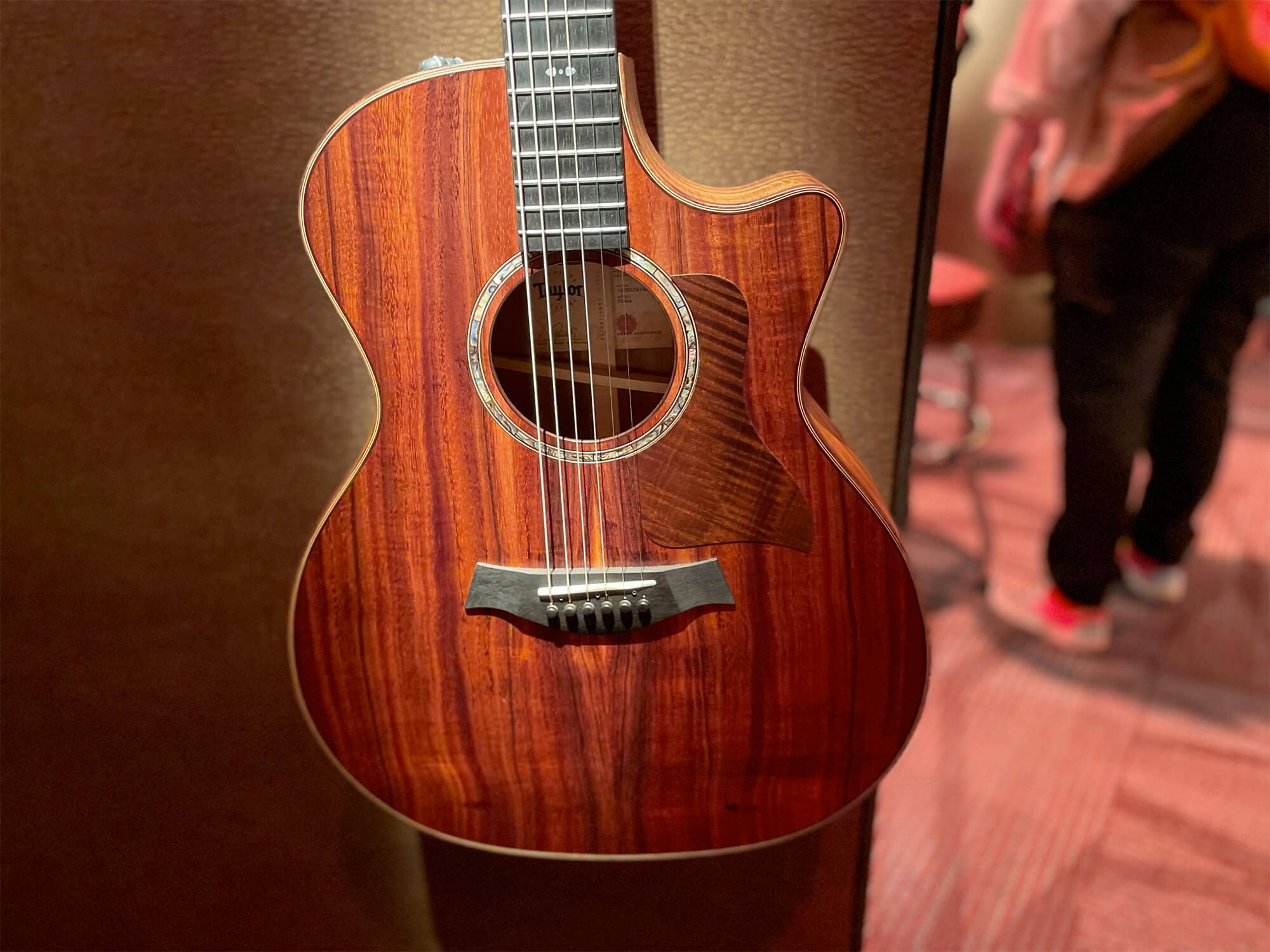 We got the chance to get up close and personal with Taylor’s new all-koa versions of the 700 series – and they certainly delivered on the “organic aesthetic” promised by the brand.

Available in two models, the 724ce Grand Auditorium and 722ce Grand Concert, these use select-grade koa in their body construction that boast rich colour variegation and straight grain structure. 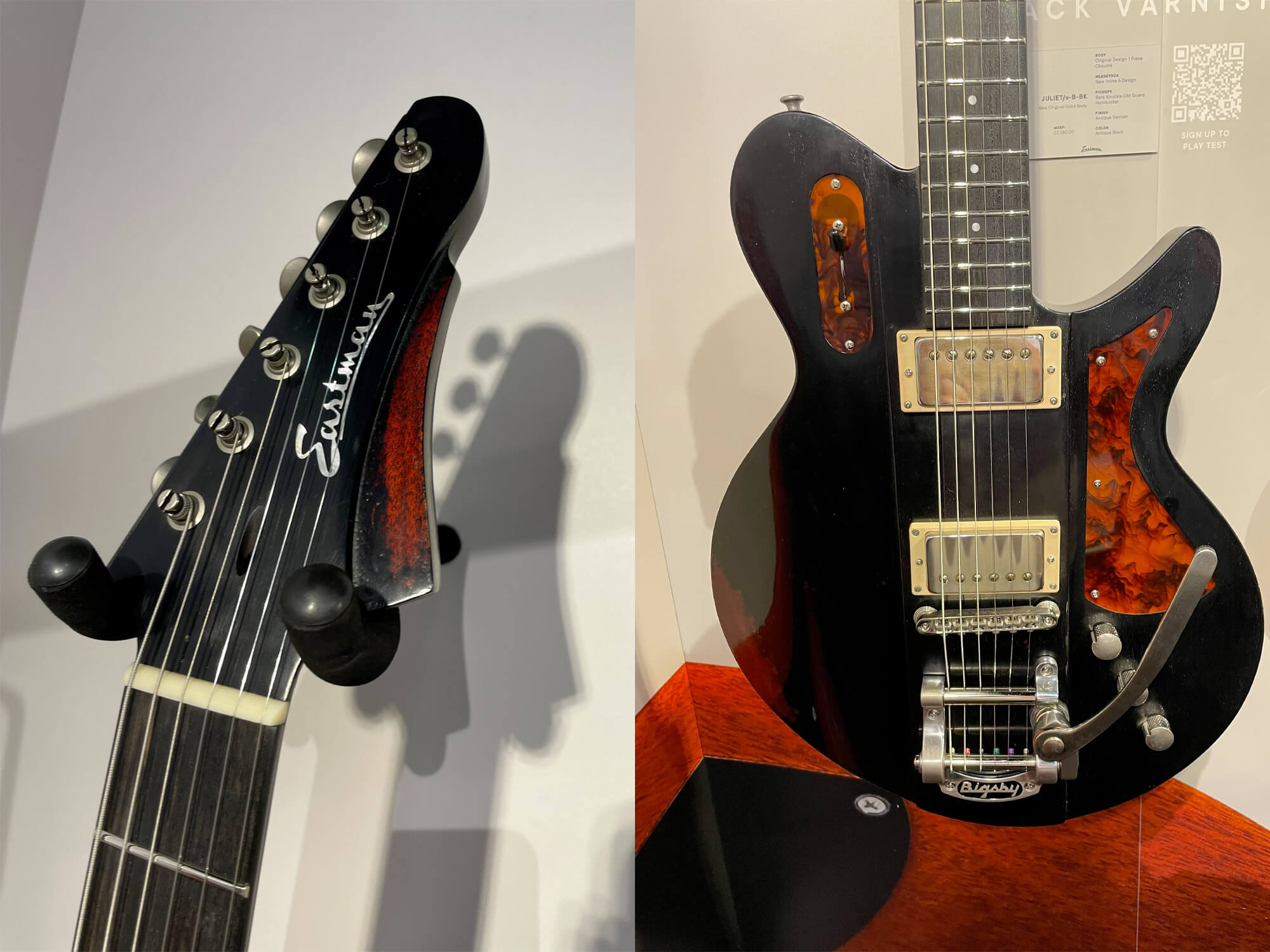 The guitar’s set-neck is okoume with a 25.5-inch ebony fretboard and a medium-flat fingerboard radius of 12 inches.

The Juliet sports Eastman’s first six-a-side headstock with a swooping, stepped design, with the lower step’s finish matching the body. Gotoh tuners, as well as either a two-piece tune-o-matic hardtail or a Bigsby tailpiece are included.

First teased in 2020, the AMPX was touted as “all the best guitar amps ever made” packaged into one pedalboard amp box by BluGuitars’ founder and designer, Thomas Blug. The AMPX features six footswitches and all controls can be found on the display, including gain, 3-band EQ, and presence.

Modern, classic, vintage and clean amp models are available, with buttons for boost, mid-boost, mod, reverb and master. Thanks to a 16-core processor, the AMPX is fully programmable and recreates classic circuits by using analogue circuits paired with a valve-based 100-watt power amp.

Martin Guitar‘s Rich Robinson Custom Signature Edition D-28 is based on the one handed down to The Black Crowes guitarist from his father – and it’s the first Martin to replicate wear and tear.

We got the chance to speak to Robinson himself at NAMM, who spoke about the significance of including road wear on the guitar. “It would have felt weird to have a shiny new one,” he told us, “to do that tribute the way it is – the way it exists right now – is what was important to me”

Read more about the guitar here. For more from our chat with Robinson, click here. 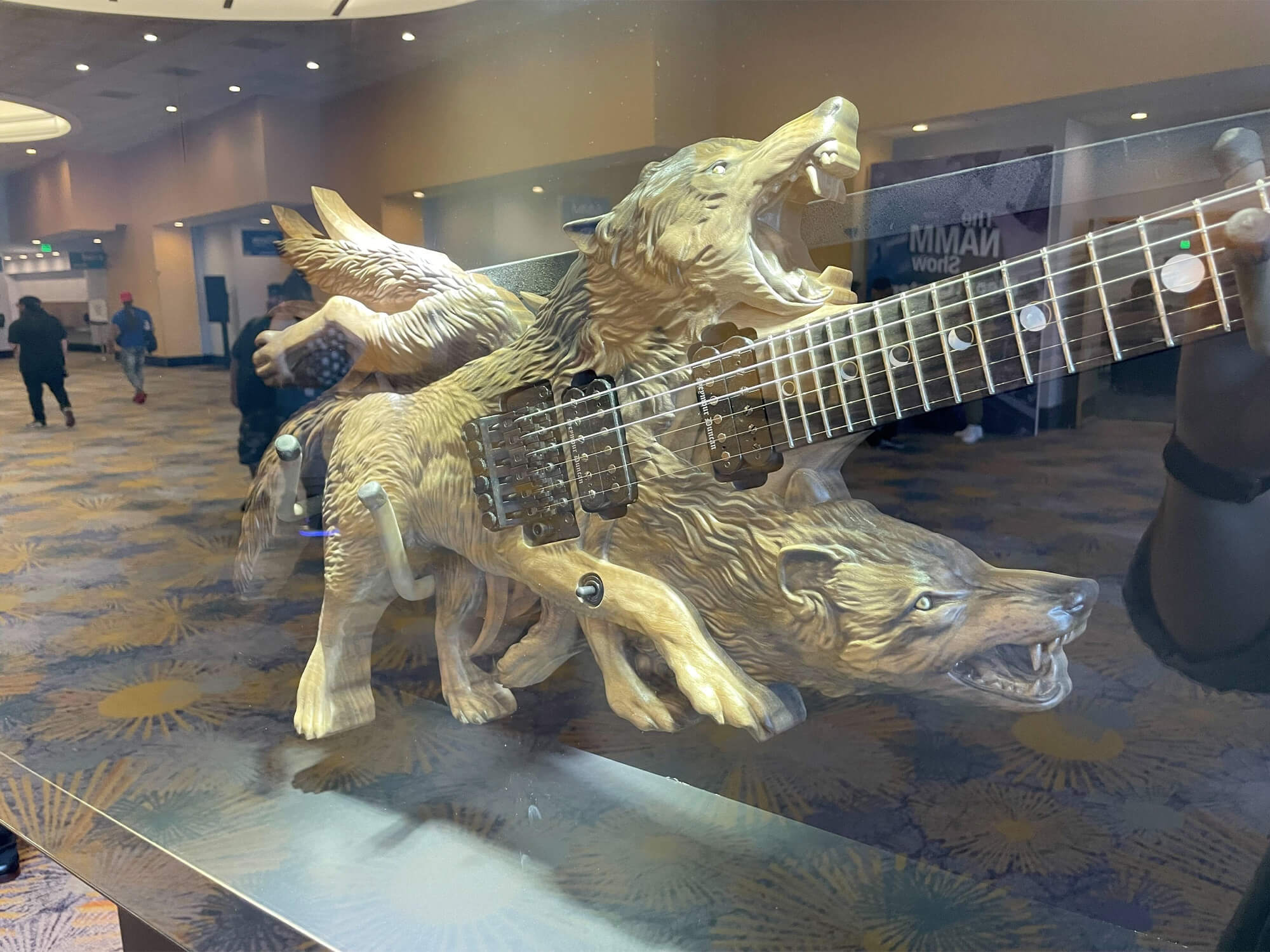 ESP unveiled some seriously whacky new designs under its Exhibition Limited series. Whilst some of them play with inventive colour combinations, petrolised pickups and funky fretboards, one of them has a body consisting of – not one, but two carved-out wolves. You read that right.

Laney‘s take on the delay pedal combines analogue, digital and dynamic-style delay modes into one unit, and can freely mix and combine features from the three modes to create a sonic footprint unique to the user.

Fitted with a 2.42” OLED screen on a compact body with full-sized MIDI in/out ports and an expression pedal input, the Difference Engine has stereo in and outs and controls for Colour, Tone, Mix, Repeats and Edit. 50 artist patches will be available at launch, including several big names like Tony Iommi, Justin Hawkins, Brian May, Martin Miller, and Lari Basilio. 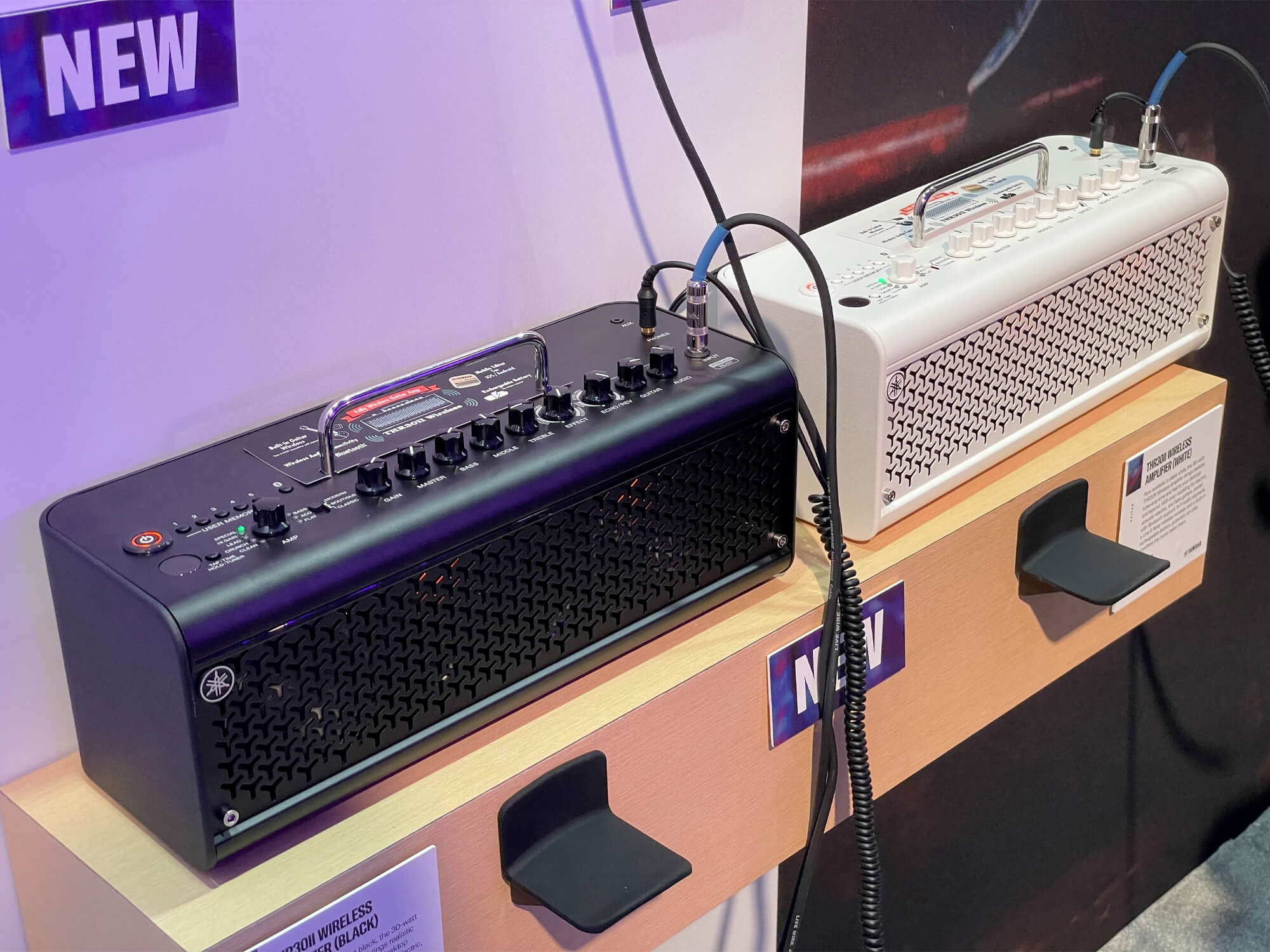 Yamaha celebrated 10 years of its THR30 II amplifier with a duo of modern colourways. The all-black and all-white look is a sleek departure from the original’s more retro aesthetic, but aside from that, it’s still the same quiet desktop amplifier we (and our next-door neighbours) know and love.