In Pictures: 35 years of innovation at PRS Guitars

As well as looking back over 35 years of PRS, the brand’s virtual booth at Guitar.com Live showed off just how far its come, and how it found the positives in 2020. 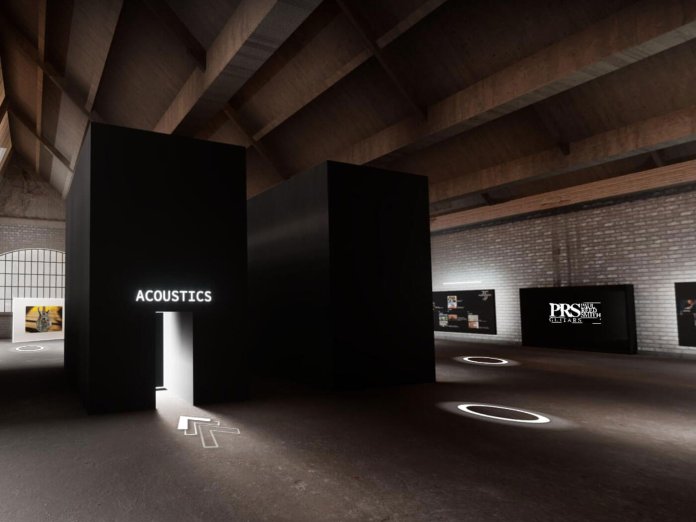 PRS’ virtual booth at Guitar.com Live celebrated all the brand had achieved across its 35 years of existence while showcasing what it has in store for 2021. Even if you stopped by the booth, you might have missed some great bits of PRS history – but there’s still time to check out PRS’ virtual offerings. Take a look at some of the highlights below.

Fretted instruments, as much as we love them, are inherently flawed – they won’t ever fully stay in tune, especially towards the nut end of things, as the string needs to be stretched (and therefore sharpened) as it’s pressed down to the fret. To combat this, Paul Reed Smith developed the compensated nut. He was granted the patent for it in 1981 – four years before PRS opened for business.

In the early 80s, future PRS mainstay Carlos Santana was wrestling with an all-too-common problem: his tremolo just wouldn’t stay in tune. Smith set out to solve this issue, and in 1984 was granted a patent for an early version of the tremolo system that would become standard on non-hardtail PRS guitars. It’s similar to a traditional fulcrum tremolo, but the countersunk mounting screw holes provide a knife-edge set-up, which ensures the bridge will return to pitch after use. The saddles also sit in a snug pocket, meaning no sideways movement to shift the strings out of tune.

Learn more about the early days of PRS at the brand’s Guitar.com Live virtual booth. 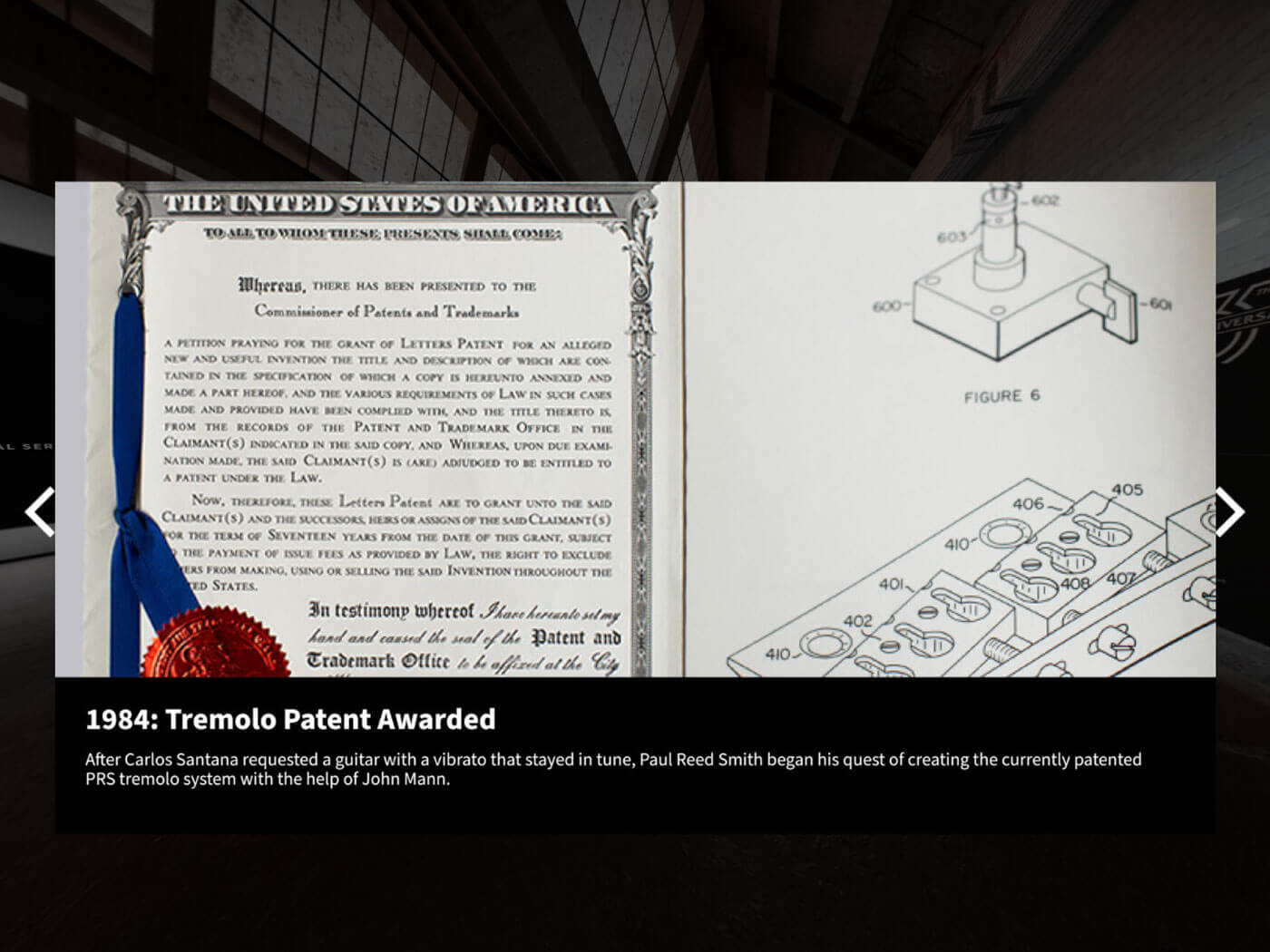 What were PRS’ early days as a company like?

PRS fully opened for orders with a small team of 15 in 1985, with the first serialised guitar rolling off the production line that year. Less than a year later, on 27 June 1986, PRS staff celebrated the “Night Of The 1,000 Guitar Party” – commemorating 1,000 instruments made.

This was a turning point for the company. PRS went from building few non-serialised instruments by hand in the first half of 1985 to being a viable, full-scale operation that would eventually become the guitar giant we know today.

Learn about how PRS transformed from a two-prototype proof-of-concept instrument over at the brand’s virtual booth at Guitar.com Live. 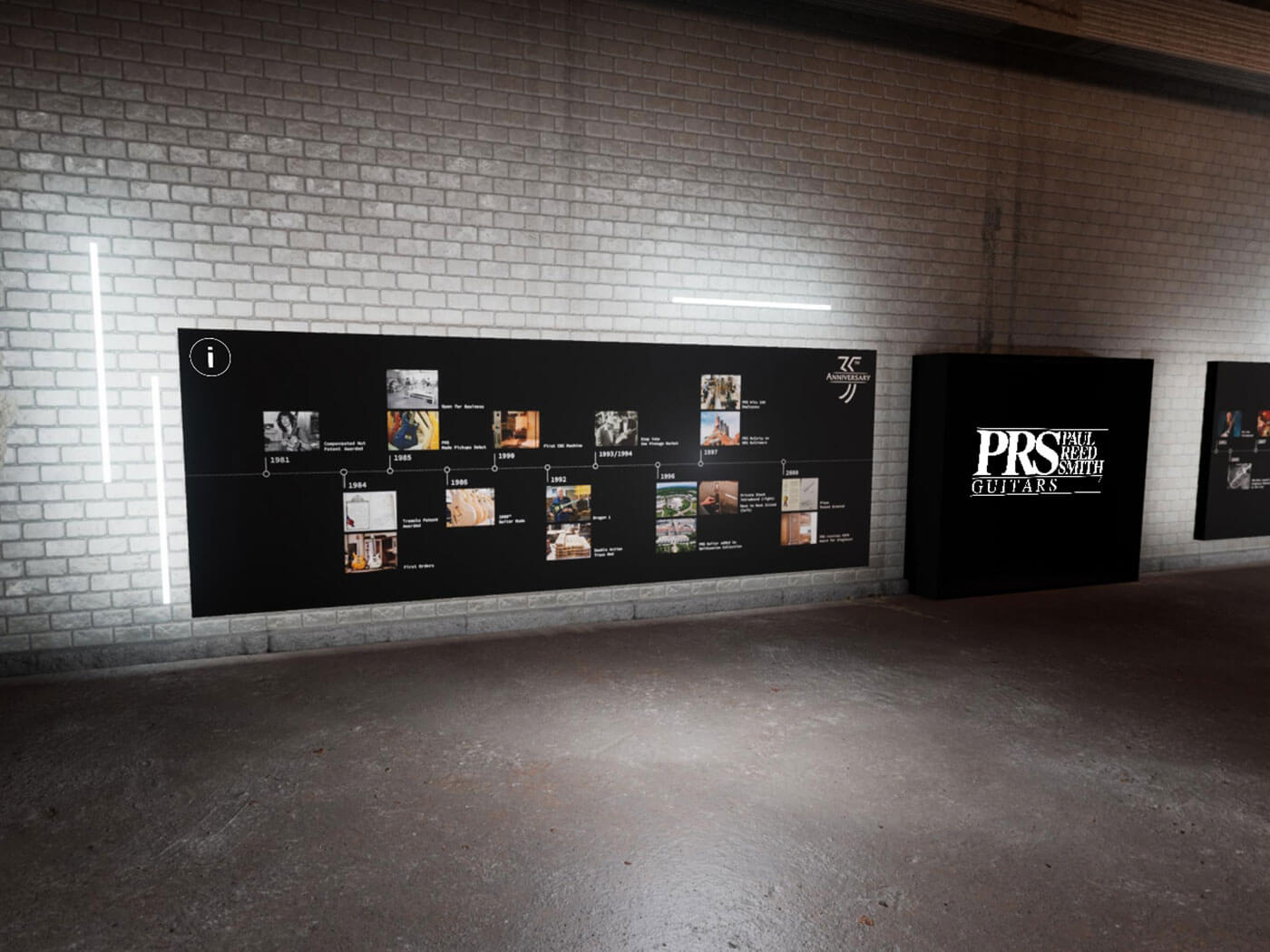 How did the PRS McCarty get its name?

The PRS McCarty models pay tribute not only to their namesake but also to the golden era of guitar building: the late 1950s and early 1960s.

Ted McCarty was one of the pillars of this era, serving as president of the Gibson Guitar Corporation from 1950-1966. He was responsible for several patents and inventions of Gibson’s, including the humbucking pickup, Explorer, Flying V, SG, and Firebird. Smith found his name on these patents over and over again as he started learning about building, and after he contacted McCarty for an interview, he became Paul’s mentor and friend.

The various McCarty models, first launched in 1994, use techniques and knowledge Paul had gained from Ted as well as his own experiences as a guitar builder. Found in all of them are PRS’ 58/15 category pickups, which give an expressive, open tone. 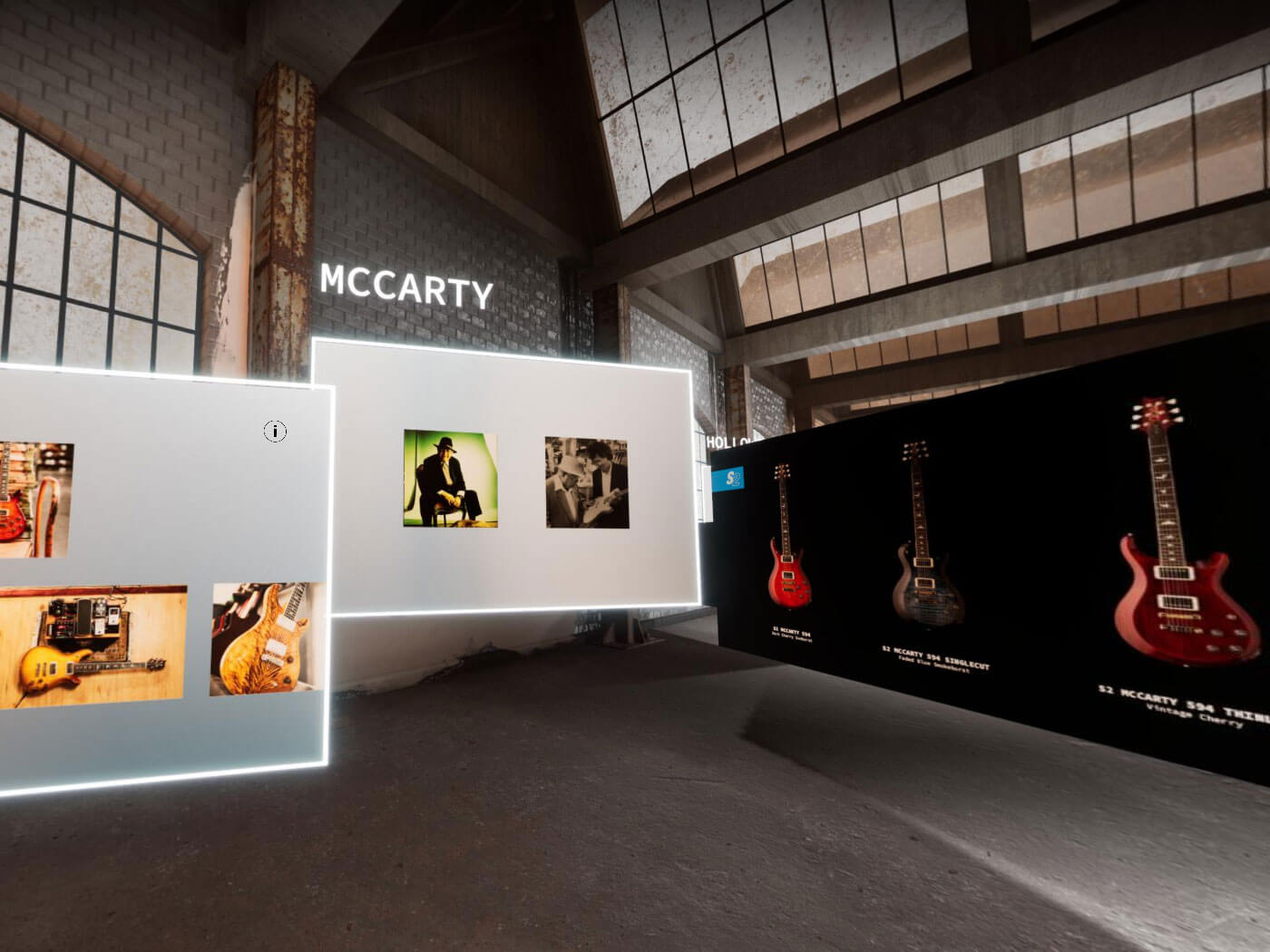 Who are the current PRS artists?

PRS’ artist roster is one of the most diverse out there, ranging from the smooth jazz fusion of Carlos Santana to the progressive metal of Periphery’s Mark Holcomb. You can learn about the signature PRS gear that’s been designed by artists such as Mark Tremonti, John Mayer, David Grissom and more at PRS’ Artist’s Choice booth, part of their virtual space at Guitar.com Live. 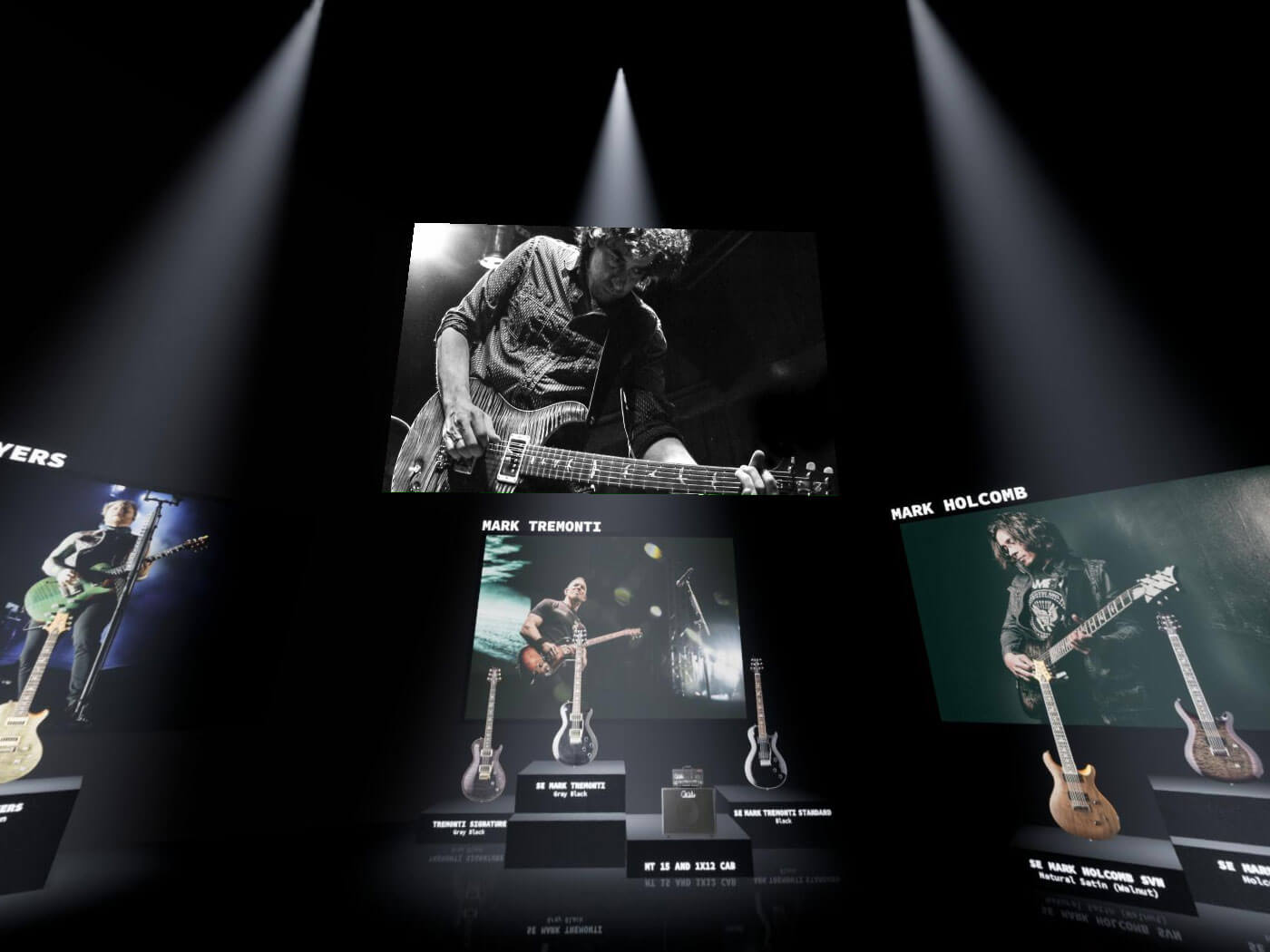 The best way to get a full picture of just how far PRS has come is the brand’s official YouTube channel. It’s home to some of the internet’s most in-depth virtual tours of guitar factories, with detailed overviews of the building process that takes place in both the PRS Maryland Factory and the PRS SE Series Factory. The videos are packed full of other tidbits of history about the brand, too. For instance, did you know that the brand’s signature Bird Inlays were inspired by Paul Reed Smith’s mother, who was an avid bird-watcher?

On top of this, the channel also hosts two ongoing interview series, as well as From The Archives, a show where Smith and PRS Art Director Marc Quigley dive into the brand’s earliest instruments. 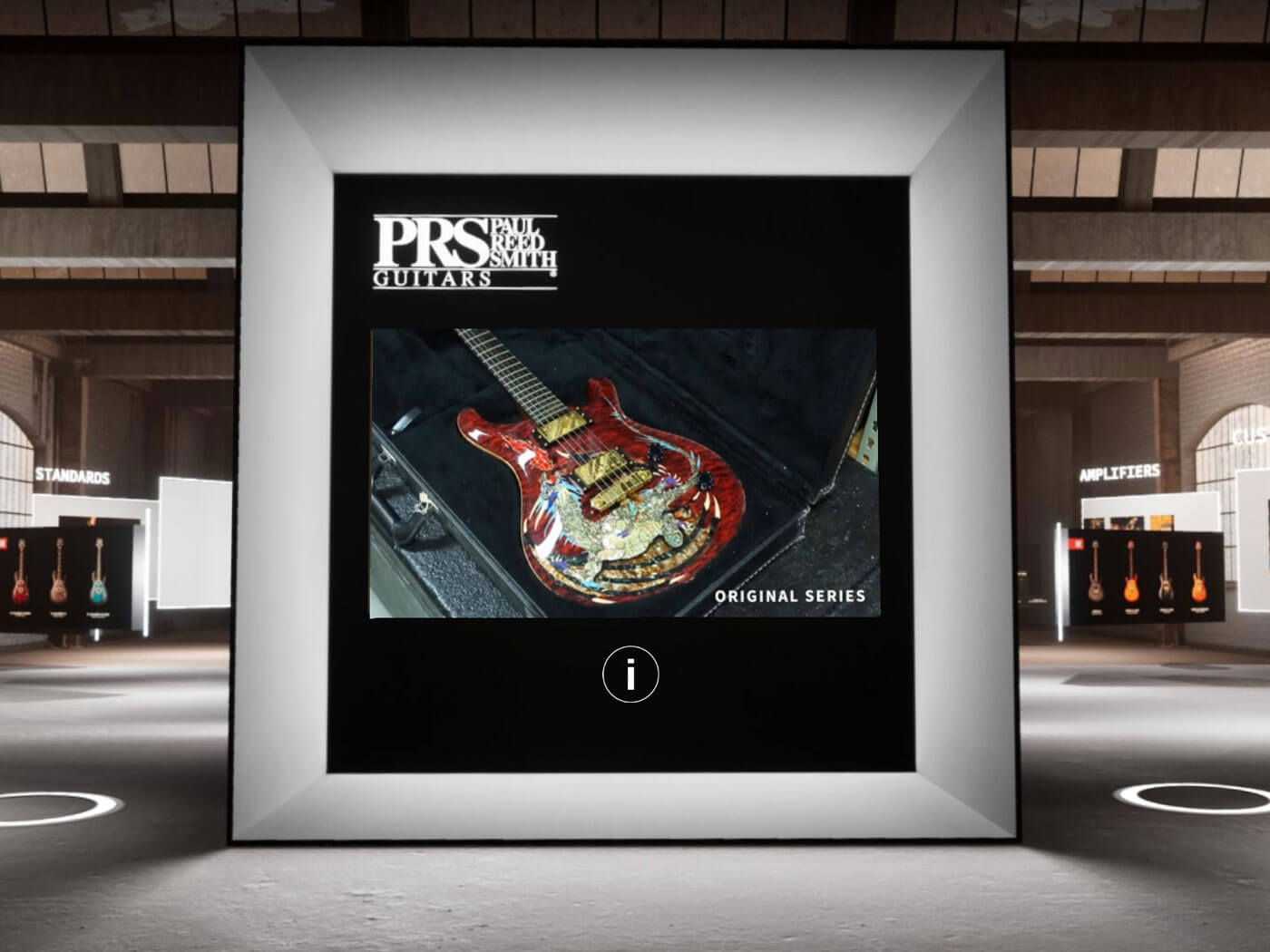