‘The best-sounding guitar’, according to Doug Kauer. 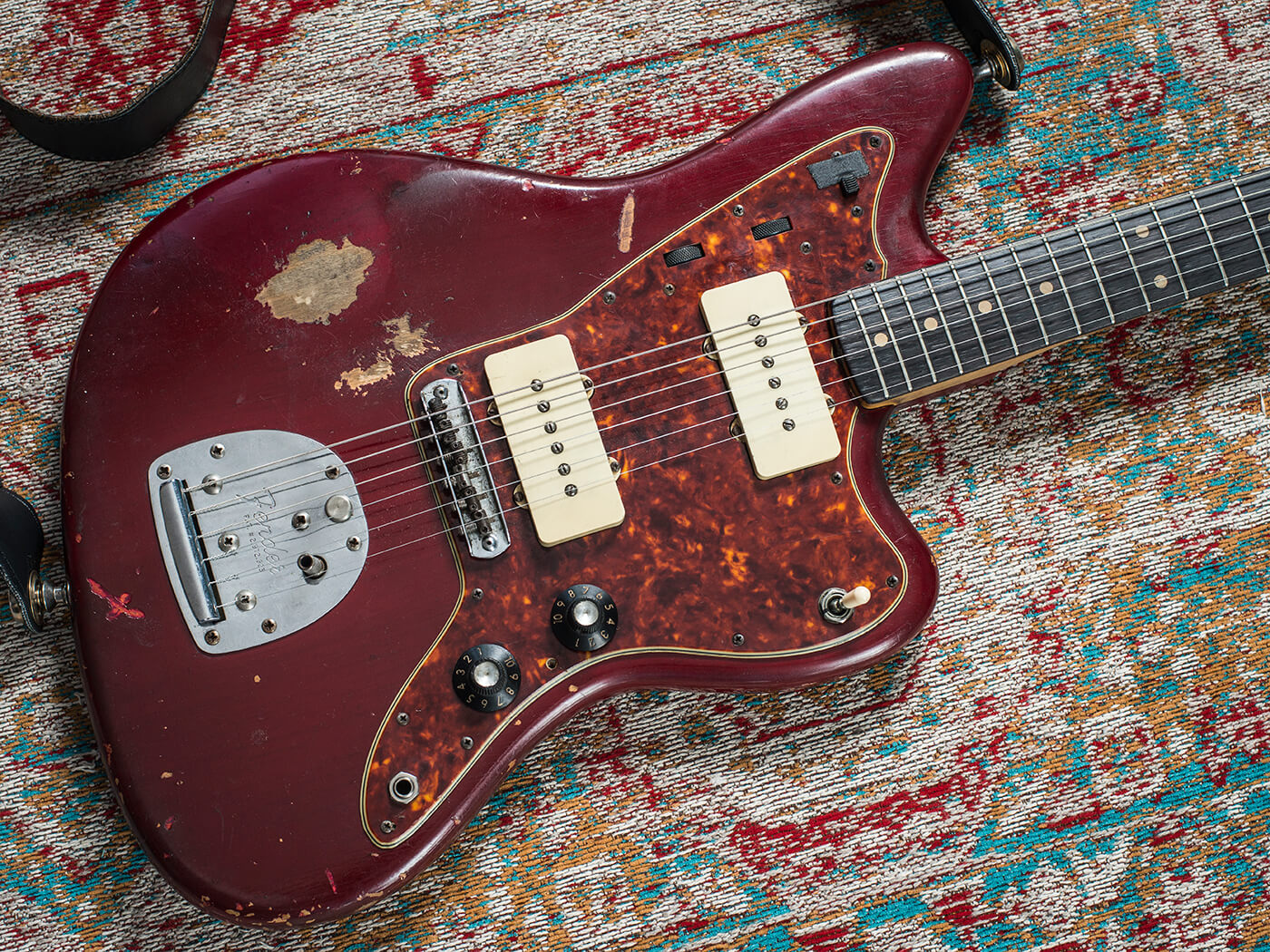 “I got this because I had guitar fever,” Scott remembers of this much-loved and extremely vibey vintage offset. “I only had one guitar that would work and I didn’t want to use that Strat anymore, it had to go. I was combing for a Jazzmaster really hard and found that thing at a pretty cheap price. I had no money, but I did have a credit card! It wasn’t even an electric guitar shop – it was a really hidden, gypsy-jazz guitar shop. And he just happened to get this thing in on a trade and he wanted to burn it really quick.

“Still one of the best purchases I ever made. The last year of the slab ’board. The way it looks now is how it looked when I got it, except for a lot more wear. That guitar’s been around the world several times. It was my number two. I replaced the pickups in it because much as I love the old pickups, they didn’t make sense for what I was doing.

“The pickups in there are Lollars, and it’s the most pleasing pickup swap I’ve ever done in my life. From what it sounded like to what it sounded like after I put those Lollars in? I was like, oh my god, this thing’s breathing fire now! It sounds really good. Even Doug Kauer comes to my shows and says, ‘I think that’s the best-sounding guitar.’ He’s got like five guitars in the rack and still says that’s his favourite!

“The colour might be a refin but if it was, it was done in ’63 because it’s beat-in. Those Blackface amp knobs you can tell are old original ones. It was like that when I got it, it’s just perfect. And it’s early enough that it has that Fender thing where all the lacquer has worn off the back of the neck and it’s just raw wood. It doesn’t feel like the new ones… it feels like somebody made this neck and shaped it. It feels different as you move up, it just feels like somebody made it with their hands.

“It’s got inconsistencies that have become beautiful and feel natural, just like the 50s Strat I played when I was a kid. It just has that thing. It’s one of the most magical guitars I own, if not the most magical guitar. That guitar will be out of tune when you look at it on the tuner, and it sounds in-tune. There’s something about the overtones and the way that it rings – it can be knocked out a little and you don’t even notice it. It’s magic!”