"I have all these amazing looking instruments and I’m lucky to have them all, but this is one of my faves, still."

One of the first guitars Scott pulls out to show us during our interview with him is a Firebird that arrived in his life at a pivotal moment in 2009.

After bouncing between projects and record labels, the puzzle pieces had fallen into place. With the enviable pipes of Jay Buchanan onboard, Rival Sons completed their debut studio album with esteemed producer Dave Cobb and the future was bright – but Scott needed a darker guitar than a Strat to replicate the tones he’d created in the studio.

“I was using a bunch of guitars on Before The Fire. Dave Cobb has a crazy guitar collection; we used all these guitars of his, including a bunch of my weird guitars. When we were done, the guitar sounds had a certain kind of hot sauce. I had a mid-70s Strat in mocha brown and I was like, this guitar doesn’t look like the way this record sounds to me, at all. And it certainly isn’t going to sound like that – I’d used an Epiphone Casino, mixed in with Les Pauls and all kinds of vintage stuff. The Strat ain’t gonna do it. There’s no way. So I have to look for a guitar that looks and sounds like this band and this album to me. 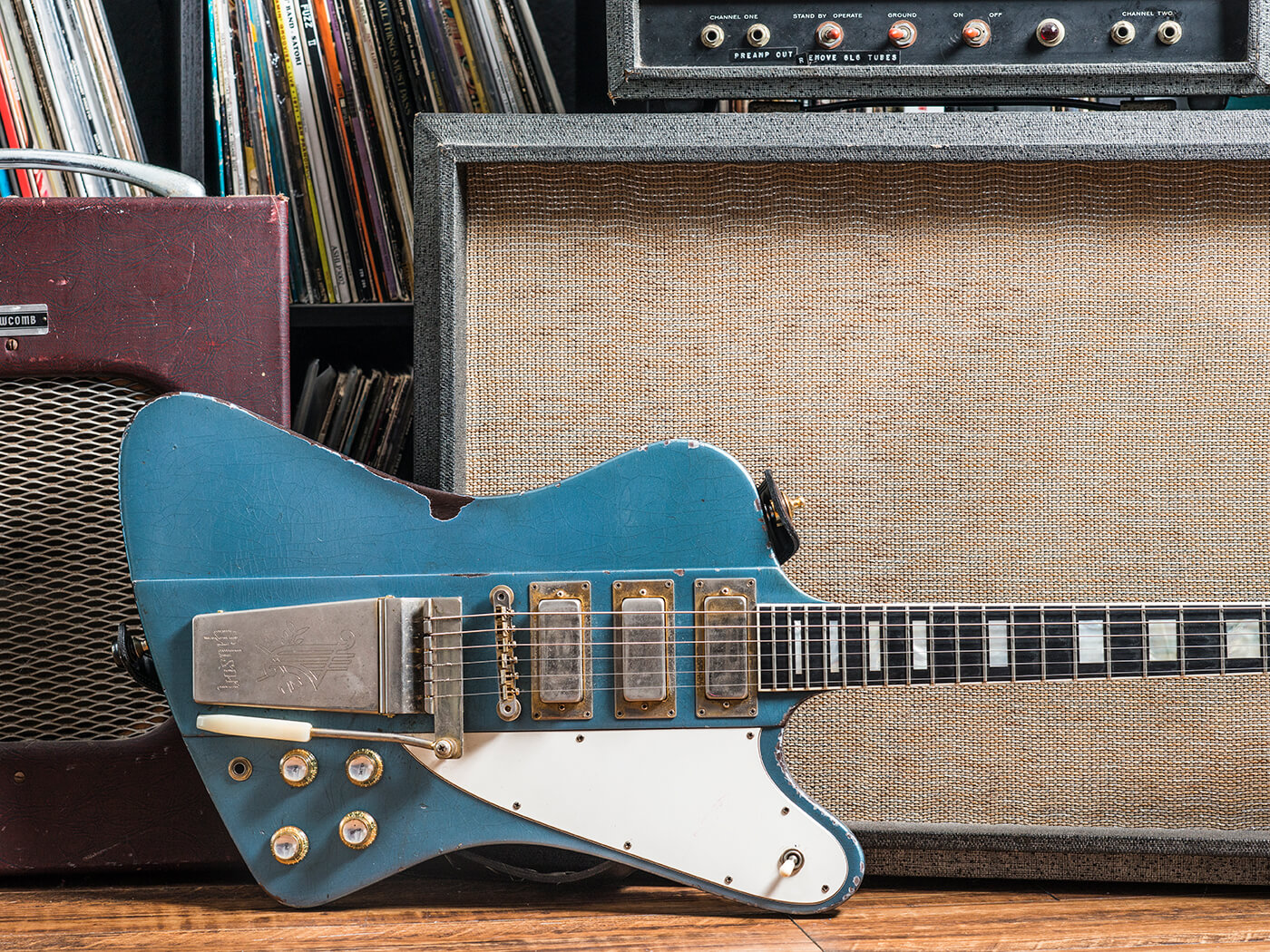 “I was obsessive at that point about finding new guitars and trading. I’d come off a record deal with Atlantic so I had guitars and vintage stuff – I could mess around and have fun. In Teaneck, New Jersey, I found this Firebird and it looked similar to what it looks like now; I think it had been aged somewhere else and it looked really good. I’ve put a shitload more years on it, so most of the wear you see on that guitar is from me, ’cause I’ve had it for a long time and it was my number one.

“All my guitars are beat-up in the cutaway and up high because I wear this Jetslide that I flip around – I’m unconscious of it when I’m playing live, so it just whacks the shit out of it. I replaced all the pickups; I had the pickups rewound by my buddy Tom Short, and I replaced all the innards as well, different caps and stuff like that. And just kept the guitar well-maintained all these years.

“I have all these amazing looking instruments and I’m lucky to have them all, but this is one of my faves, still. Fun guitar. And at the time, nobody played Firebirds, and I wanted to do my own thing. It makes so much sense – I’m a car guy and this guitar being co-designed by Ray Dietrich at Pontiac. I like the whole thing; the logo, the colour. And the pickups being humbuckers but also having a little snap almost like a Strat or a Tele – it was exactly what I needed. It really was the beginning of something awesome for me.”