We chart the history of the Parker Fly and explore its unique construction and materials. 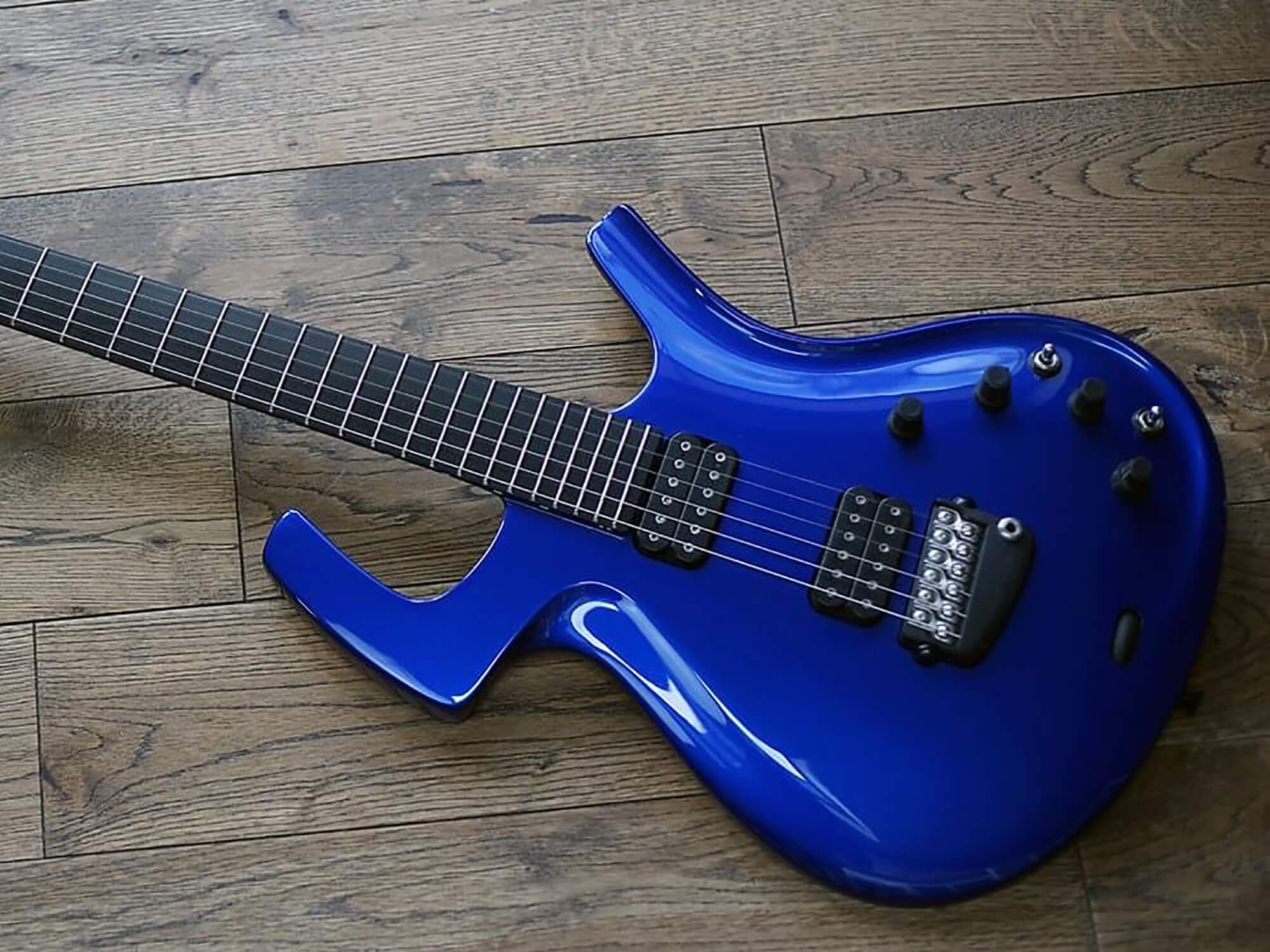 Designed in 1993 by Ken Parker and Larry Fishman, the Parker Fly has gained a cult following over the years. The duo deviated from the usual materials in order to push the Fly’s tonal capabilities, and the result was one of the most unorthodox and innovative guitars ever made.

Manufactured between 1993 and 2016, the Parker Fly came in several versions: the Deluxe, the Mojo, the Supreme, the Classic, Concert, and Artist. The differences often came down to wood and electrical accoutrements. There were even four- and five-string Fly Bass, as well as a nylon-string Fly model.

It’s the original Parker Fly models, however, that remain the most well known. They had a thin neck heel that allowed players to take advantage of their 24 frets, and an unorthodox upper horn that made them incredibly well balanced. Their construction also made them some of the lightest solidbody guitars on the market.

Almost all Parker Fly bodies featured one-piece construction, some spruce, some mahogany, others basswood or alder. (Though there are some Parker Fly Supremes with two-piece bodies.) Flys typically featured set necks, as on Gibson Les Pauls and SGs. The design of the Parker Fly body typically meant lots of wood had to be carved away, especially at the neck joint, which made it quite weak. To counter this, the back of the body, neck and headstock was coated with formed carbon fibre, which lent strength and rigidity to the guitar. The fretboards were also molded from carbon fibreglass, which contributed to the instruments’ sturdiness while maintaining their unrivalled thin profile.

The original Parker Fly fretboard was so thin that using frets with a tang was not a viable option, as they would go all the way through the ’board and limit the rigidity provided by the carbon fibre. The Parker Fly instead used a patented tang-less fret design.

Usually, frets have a crown that serves as a contact point for the strings, and a metal tang that sinks into the ’board and bonds the fret in place. Often no adhesive is necessary, especially the first time the frets are pressed in. The Parker Fly, however, made use of stainless-steel frets much harder than standard nickel-silver frets.

Stainless-steel frets were popular in the early 1990s, making this a fairly novel method during the Parker Fly’s early construction period. The hardness of stainless-steel frets does make them more difficult to work with but it also means they’re likely to last longer than standard frets. The Parker Fly was unique in that the frets were essentially just a bent piece of crowned steel glued into shallow pre-cut grooves on the fretboard.

Though the stainless-steel frets had real longevity, as many Parker Fly owners will tell you, the glue did not. It would deteriorate over time, meaning frets would occasionally fall out. Though Parker claimed that Parker Fly fretwork could only be done by certified luthiers and techs, in reality replacing a fret was simple: heat it up using a soldering iron to loosen the glue, pop off the fret with a fret puller, re-glue it with better adhesive.

The original run of Parker Fly guitars did not feature truss rods. They were added later but the guitars’ necks rarely required adjustment anyway, as the carbon-fibre coating kept them straight. The common theory is that Parker and Fishman added the truss rod to alleviate the concerns of skeptics who would not buy a guitar without one. It was more marketing tool than necessity.

As for the electronics, the Parker Fly featured DiMarzio passive humbucking pickups, which were generally splitable, plus a piezo pickup in the bridge that could be blended using the tone controls. Later models had Seymour Duncan humbuckers.

The bridge was a Parker design too, and could be set up to function as a hardtail, a dive-only design, or a free-floating bridge. The earliest models featured a tuning wheel on the top of the body, which was later hidden inside the body. It allowed players to alter the tension required to use the vibrato.

Ken Parker continues to break ground in the industry. He currently builds custom archtop-style guitars. Parker’s archtops don’t rely on carbon fibre as much as the Fly did, though the material is used to reinforce the necks and as part of a unique neck joint. The Parker archtops also feature a hollow bridge, as well as Bronzeville passive magnetic pickups by Duneland Labs, which are specifically designed for bronze strings and don’t require a preamp or battery.

Parker will go down in history as one of the greatest luthiers of our time. His influence on guitar design and construction has inspired many builders to think outside the box regarding materials and the way we put them together.