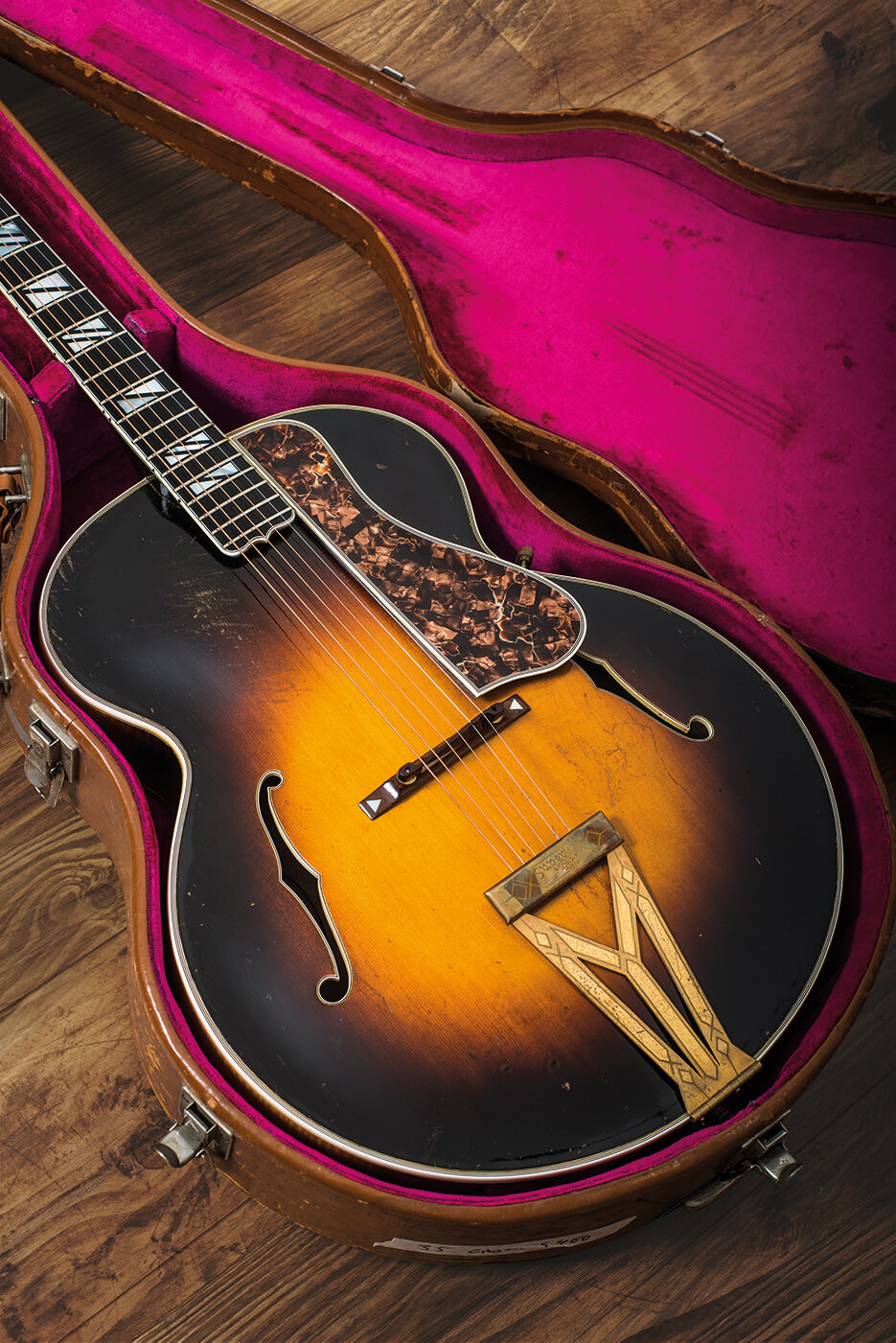 It would provide inspiration for virtuoso jazz-guitar luthiers such as Elmer Stromberg and John D’Angelico, while later cutaway and electrified versions were a response to demand from players as the wheels of time turned and popular music evolved into daring new forms. 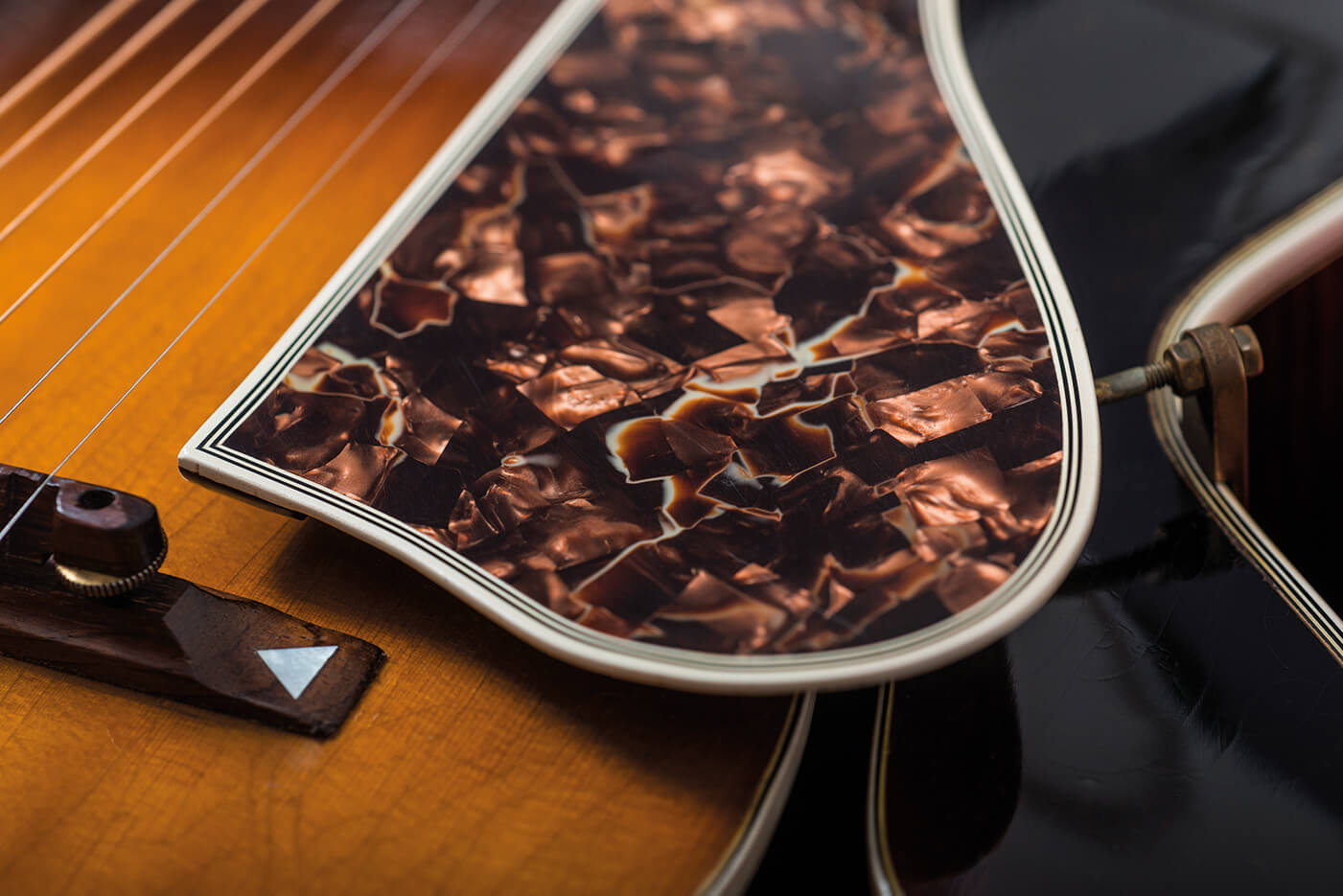 This gorgeous example is currently available from ATB Guitars in Cheltenham, UK and dates from 1935. It’s a visual feast, with engraved Grover ‘butterbean’ open-gear tuners, an original marbleised celluloid pickguard and other high-end appointments adding a real taste of luxury. 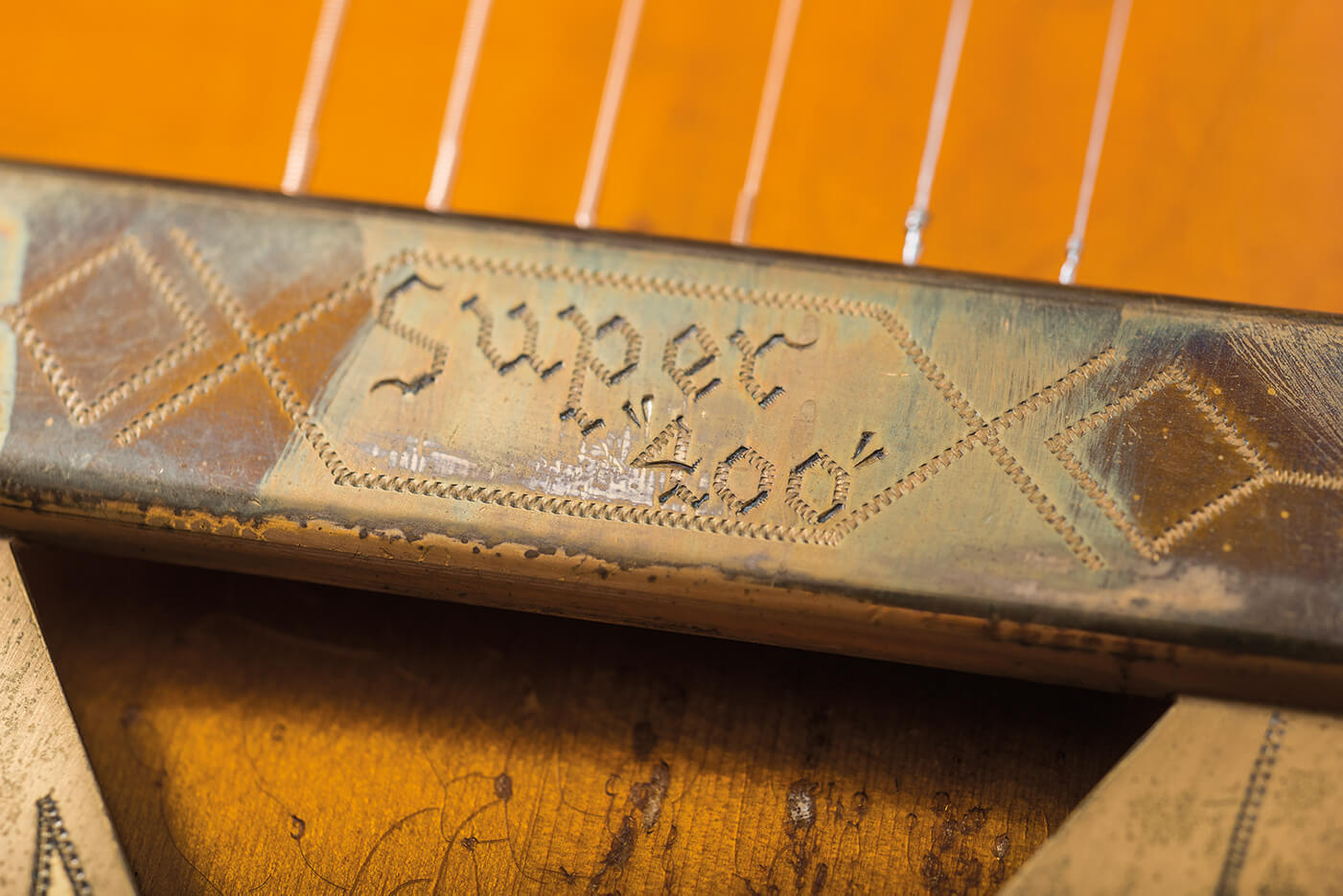 You’d expect an 83-year-old instrument to have some miles on the clock and the faded Pan American Clipper Cargo label on its well-travelled case suggests that this guitar earned its playing wear in a variety of locales. We can only imagine the scenes.

There’s something truly enthralling about any encounter with a full 18-inch archtop from the Jazz Age, but the fat C-shaped neck and low action here are a delight. Gibson’s ‘golden era’ may be considered to be the late 1950s but this is conclusive proof that the luthiers at 225 Parsons St in Kalamazoo were carrying out stellar work many years earlier.