Your Board: Chris Cochran’s drive-heavy rig

A fine selection of OD and fuzz boxes occupy this reader’s pedalboard. 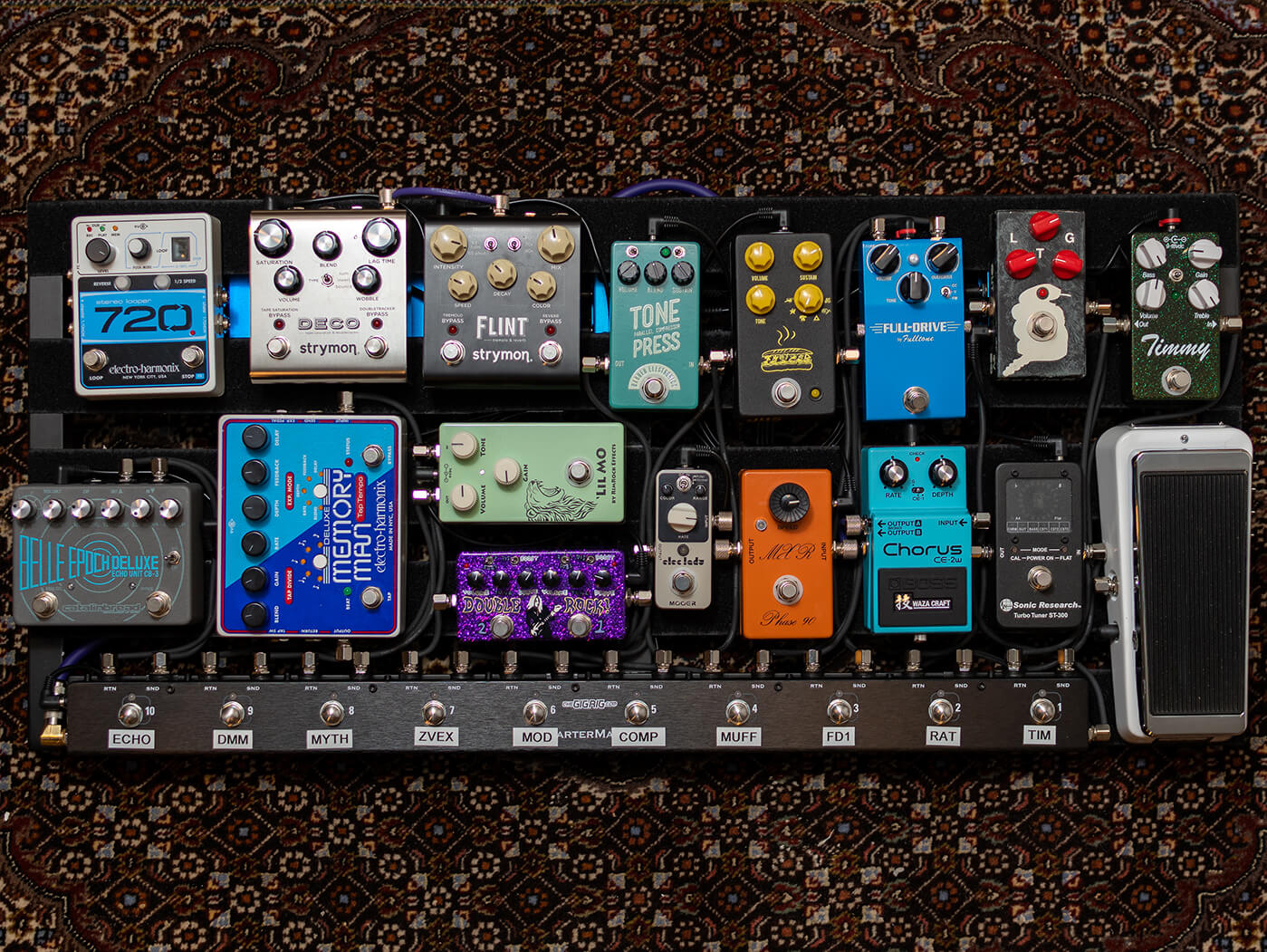 Hi, Chris! Tell us a little bit about yourself.

I started playing in 1999 when I was in the Air Force. These days, I usually play at home or jam with friends. I have two little kids – aged four and 1 1/2 years old – so my gigging days are on hold for a while.

Who helps you out with set up?

Phil at Philtone in Baltimore is an amazing luthier and guitar tech. He sets up all my guitars and did a re-fret and compound radius (9.5-11) on my sunburst Strat. He’s also set up my other Strat and my Tele.

I know that I have too many drive pedals, but they are awesome for stacking. I have the [ZVEX] Double Rock after the mod pedals so I can use it like a Marshall-in-a-box and run overdrive/distortion/boost after the mod. The [RimRock] Lil MO is an amazing Klon with a great boost and 2nd gain stage. The [Paul Cochrane] Timmy can be an always-on pedal or it can push another gain stage.

The [Fulltone] FD1 works as a TS- and Blues Driver-style pedal for basic overdrive sounds. The [JHS] Muffuletta has my fuzz needs covered. My compressor is placed after most drives and before the Double Rock and Lil MO, so I can get pre- and post-compression. I also place the compressor before mod pedals so I can get that Andy Summers 80’s clean tone. The [Strymon] Flint and Deco both work great for stereo tones, the latter is mainly used as a stereo double tracker. 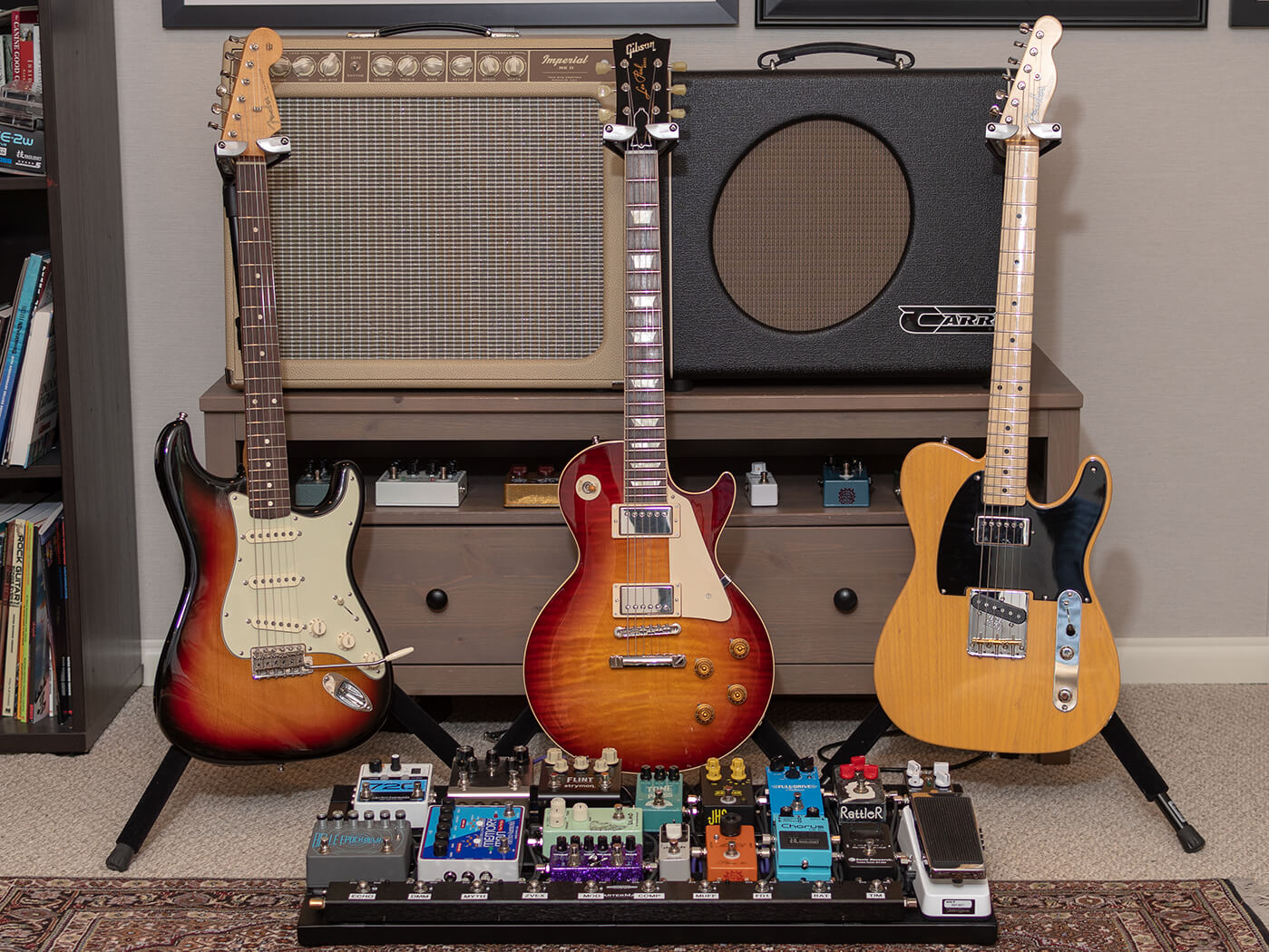 I have two: the Tone Kind Imperial MKII and Carr Mercury V.