Must-try electrics that stole our hearts in 2015…

The explosion in boutique guitar manufacture in recent years has not only provided well-heeled guitarists with more choice than ever, it has also put pressure on the big boys to keep highly desirable works of guitar-shaped art rolling out of their factories. If you are armed with a four-figure budget, check out this trio of must-try electrics that stole our hearts in 2015… 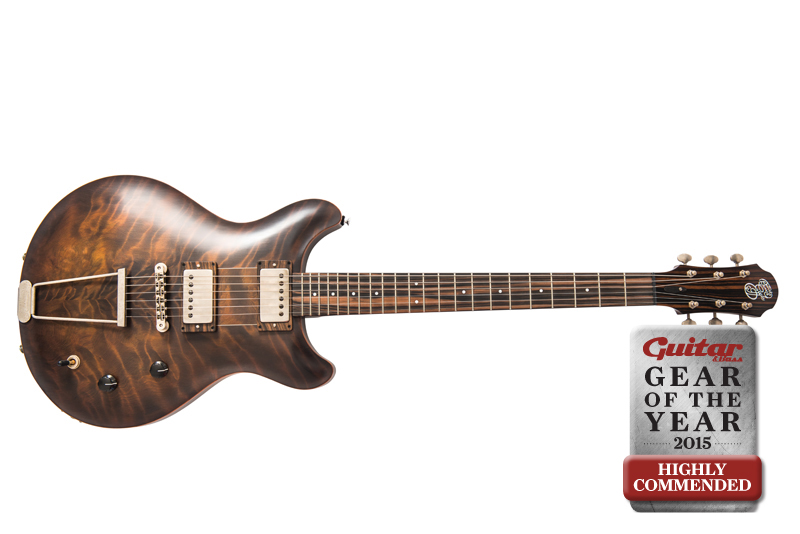 2015 saw the welcome return to electric guitar manufacture of one of the UK’s finest luthiers, and what a return; the double-cutaway, chambered, set-neck Macon Carved Top is light and highly resonant, beautifully built and has an array of sounds straight out of the top drawer.

And in the ‘neck of the year’ stakes, the Macon’s sumptuous Fat C profile in hand-burnished, low-gloss nitrocellulose finishes some distance ahead of the chasing pack. 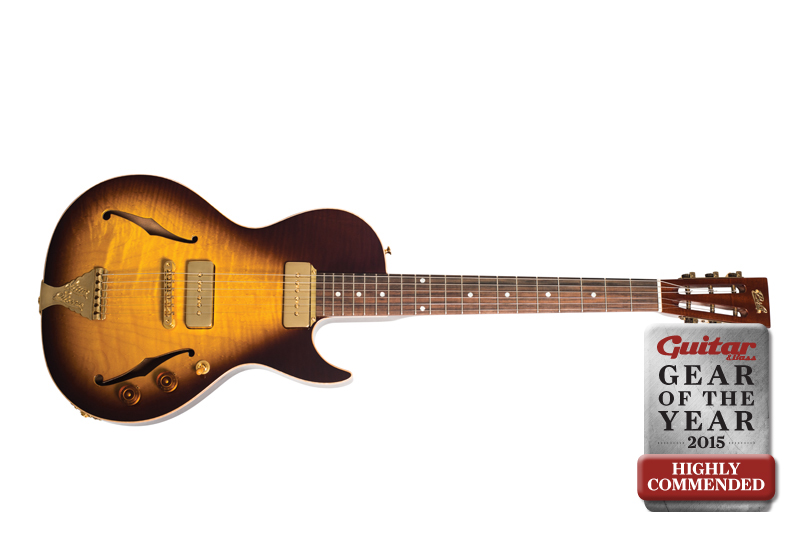 This Israeli-made collision between a Gibson ES-140 and a parlour acoustic made us all rather weak at the knees thanks to its superlative combination of looks, tone and playability. B&G’s wonderful-sounding unpotted pickups might not be our first choice for gainier applications with multiple overdrive pedals, but the Little Sister is a reminder that plugging a great electric guitar directly into a valve amplifier can sound simply magical.

Neither a relic nor a retro curio, it feels like an old guitar, albeit a factory-fresh one, that will only get better as the years roll by. A guitar for life and no mistake… 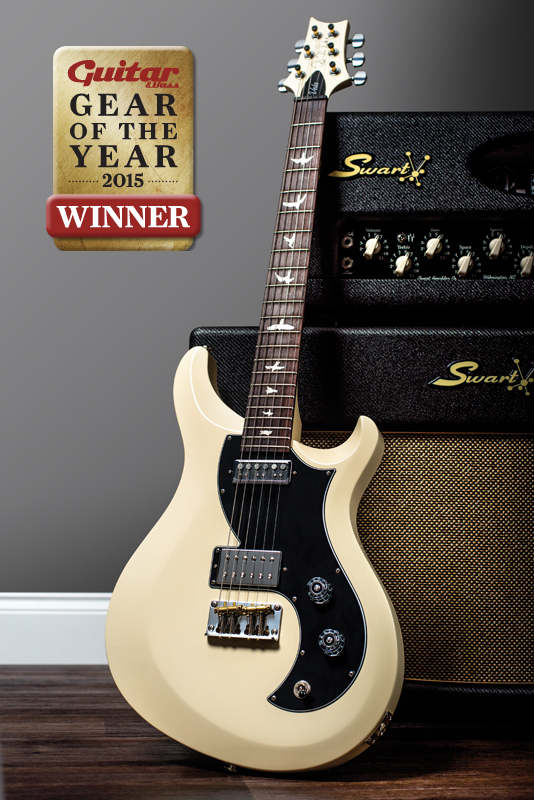 The S2 project was launched in 2013 with the aim of producing affordable PRS electrics in the same Maryland facility as the company’s ‘Core’ line. The S2 ranks were expanded this year to include the first offset-body PRS, the Vela, a guitar very much in the retro spirit of the Mira and Starla rather than the figured-top bling most readily associated with the brand.

With a silhouette created by bisecting a Custom outline and shifting the bass side forwards and redrawing the lines, the Vela brings another first to the PRS catalogue in the shape of its Type-D neck single coil, described by PRS’s Jim Cullen as a cross between a ’54 Strat and a DeArmond Dynasonic. Sonically reminiscent of the in-vogue Gold Foil, the Type-D has a wonderful voice for slide, effected atmospherics, fuzzy riffs and plenty more besides.

Throw the raunchy bridge pickup and chunky, Plate-Style bridge into the mix and the Vela is as robust and road-worthy as it is sleek and toneful. Whether or not street prices meet your definition of ‘affordable’, the Vela is a fantastic guitar for the money, and arguably the coolest PRS to date.