The best basses we encountered this year…

Has the guitar industry’s fixation with all things retro spread into bass territory? Though bass players tend to be more comfortable in an embrace with modernity than guitarists, some of the best basses we’ve encountered this year have blended old-school looks with sensible nods to the needs of contemporary players… 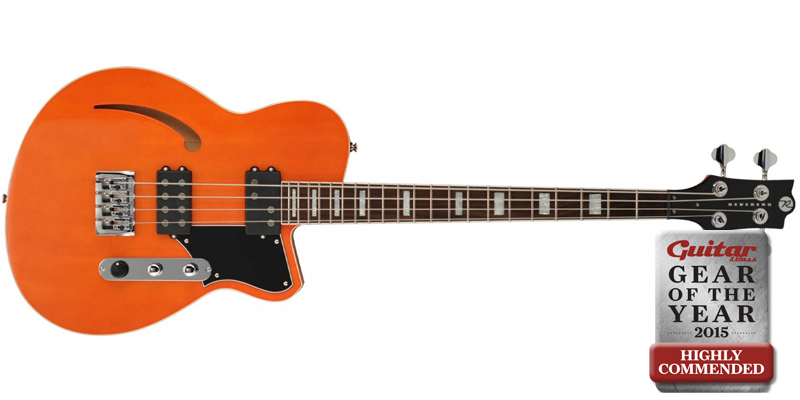 Semi-hollow basses seem to have been enjoying something of a renaissance in recent times, and the Dub King brings a welcome slice of originality to this end of the market. Reverend’s set-neck, short scale Dub King, in its handsome shade of Gretsch-like orange, features a pickup pan control, allowing you to obtain audible degrees of mix between each pickup. A handsome looker with plenty of air in its tones, the Dub King will make an ideal purchase for low-end players who like retro pop, old-school soul and blues.

The 4003 has been a staple of the Rickenbacker catalogue since 1981, but 2015 saw the company release the updated 4003S, eschewing binding for sleeker, 60s-style lines and a more comfortable ride. There’s also a pull-up vintage setting for the bridge pickup tone control, which accesses the treble punch of the 4001 via a cunning capacitor in the bridge pickup circuit. That classic Ricky growl and solid sounds for groove playing are here in abundance, while the build is exemplary. 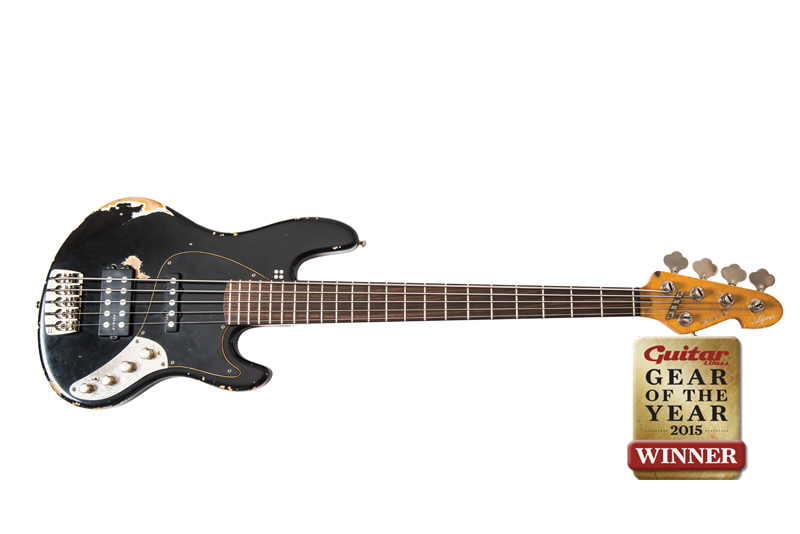 The stand-out feature of our bass of the year may well be its aged finish, but that’s far from the only reason that the Sandberg California II TM5 sits proudly at the top of our chart of low-enders for 2015. This mark-two version sports a remodelled ash body, with the original’s J-Bass-inspired outline replaced by an intelligent and classy variation that essentially downsizes the lower half of the body.

The nicely-distressed cosmetics come courtesy of Sandberg’s Hardcore Aged Reserve process which, as well as judicious use of files and sanders, involves baking the wood. This simulates the tonal character of an older instrument, matching the played-in appearance, which extends to the hardware, plastics and the pickups. It just looks… well, old, but also highly appealing. Whether you like the idea of artificially distressing an instrument or not, a great deal of skill has undoubtedly gone into the process here.

Happily, the TM5 is an ultra-comfortable player, too, thanks to the maple neck’s shallow C contour, while Sandberg’s own preamp is hitched to a pair of Delano pickups, which uncork an excellent roster of high-quality sounds. There’s growling width and definition for rock and pop, earthy and acoustically nuanced old-school vibes and a fat, snappily-defined, modern funk tone if you should want it.

Even the slightly excessive high-mid zing that occasionally rears up doesn’t detract from the overall quality, or from the sheer fun you’ll derive from playing the TM5 for a long time to come.