George Glew has gone from obscurity to over 2 million streams in two years. The Bristolian tells Sam Roberts about his rapid rise, from playing Cort S-types to sharing a manager with Lana Del Rey… 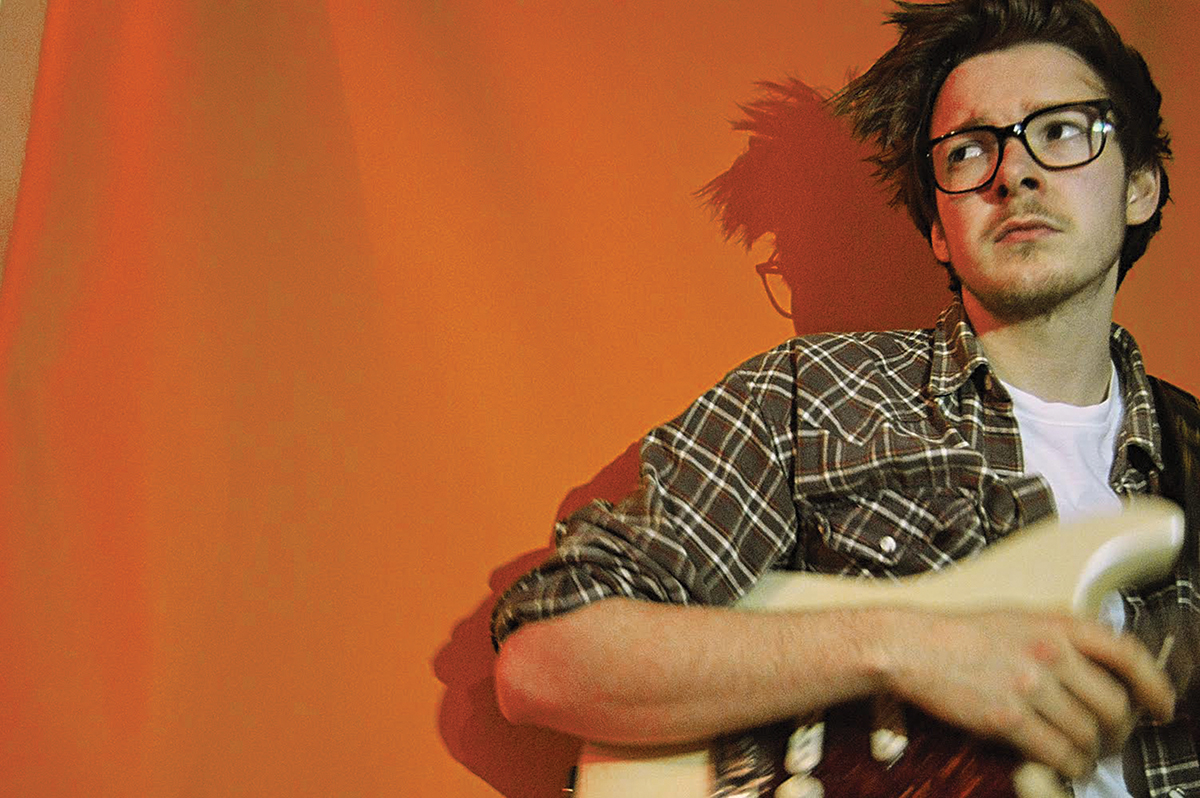 George Glew’s enthusiasm for music and natural ability was evident from a young age. He began playing piano at the age of five but had switched to the guitar at seven to follow in his brother’s footsteps. “My brother started playing guitar and I thought ‘That’s way cooler, can I do that please?’” he laughs. “My mum enrolled me in some guitar lessons then I studied Rock School up to grade six and RGT Acoustic for grade eight, which I didn’t enjoy!”

The 25-year-old’s journey into guitardom was similar to most young players, through an unwanted Fender knock-off. “My first guitar was a Cort Strat copy, which I was given because no one wanted it! And then later I got a Yamaha Pacifica. The wood on that thing looked like laminate flooring…” George’s utilitarian guitar collection didn’t deter him, however, and by 16 he’d turned his Mum’s garage into a pseudo rehearsal room-cum-recording studio. This allowed him to develop both as a musician and producer, through recording his friends’ bands alongside his own compositions.

By the age of 20 he began playing in alternative rock bands, which included BBC Introducing coverage and support slots with the likes of Canterbury. Of late though, he’s been pursuing a solo career, almost by default. “I was in a band playing stuff that was very Biffy Clyro-inspired, with odd time signatures. It fizzled out and I didn’t have a band to jam with, so I just ended up doing it by myself,” he admits. “Some people’s minds will be blown by a bar of 6/4 anyway!”

George’s first single, Bury Me, is a soulful track reminiscent of early Jeff Buckley. It has now received over 500,000 streams on Spotify, but was originally released quietly through his SoundCloud page with little to no fanfare. He says it was a conscious decision to re-release it as his first official single. “I didn’t have any ongoing projects so I thought I’d put something out, then it got picked up by a few people in the industry. It had been around for a while, so it made sense to do that first and get it out of the way. It was a track that people identified with, y’know?”

Following the original release of Bury Me, George found management in the shape of Madonna’s Maverick (home of Paul McCartney, U2 and more), which later led him to Tap Management. Now, working with the team responsible for the development of young pop superstars such as Dua Lipa and Lana Del Rey, George’s stock has seen an unsurprising rise. “I have the same manager as [Essex indie-rock solo artist] Rat Boy; he was at Maverick, which is where I was before. When he moved over to Tap Management he took me with him. They’re about breaking new acts and know what to do with young artists. It’s a good home to be at.”

Tap’s harnessing of George’s talent is clear through the airplay that Bury Me received – namely its first public outing on Elton John’s Beats 1 radio show. The following singles – Me & My Brother, Home Love and Bittersweet – have pushed George even closer to a major breakthrough. Home Love brings George almost full circle back to his alternative influences with an anthemic, fist-clenching chorus. Bittersweet, on the other hand, is teetering into ballad territory, showcasing his compelling vocals alongside a penchant for Mayer-esque guitar inflections. 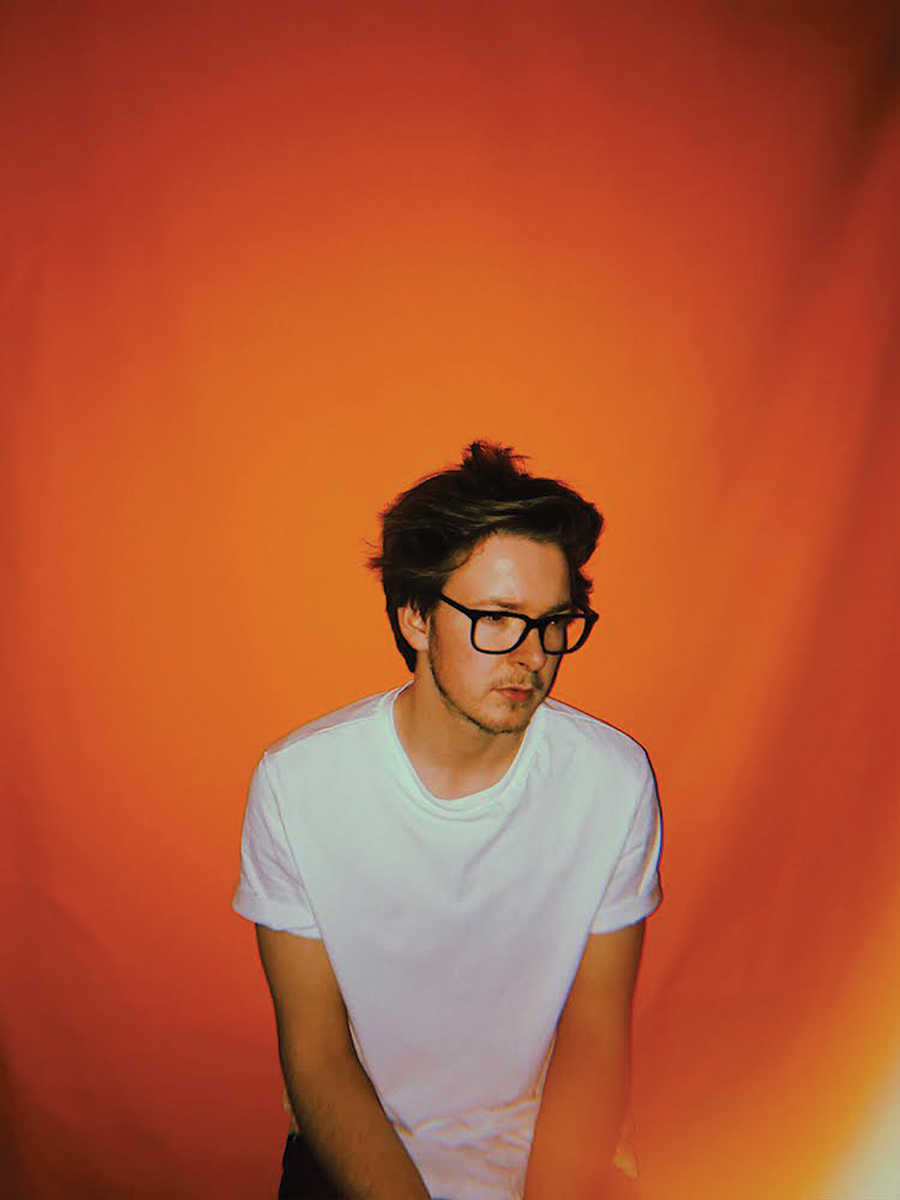 George admits his influences are still developing with each new recording, and slowing down his initial release schedule, of which he’d planned to release 12 songs in 12 months, became more apparent as the year went on. “It takes so long to figure out where your lane is, so to go through those songs then get to Bittersweet was difficult,” he declares. “I think people need more time to sit with it and digest it. If you have a strong concept it really works. Ours wasn’t so we took more time with the newer releases.”

He remains humble when asked about Bittersweet and its delayed release, yet its numbers reveal a different story. It’s about to hit 1,000,000 streams on Spotify, helped on by coverage from The Line Of Best Fit and BBC Introducing, alongside being playlisted by both Spotify and Apple Music. “I think people just luck out on it!” he laughs. “You never know what it will end up on [a playlist] until the day it’s released. If they [Spotify] like it, they’ll playlist it. I’ve been very lucky to be on a few New Music Fridays.”

When it comes to his live and studio rigs, George likes to maintain as much simplicity as possible. He runs a Martin DRS-1 straight into the desk, alongside a Fender American Standard Stratocaster into a Hot Rod DeVille. His previous guitar, however, almost didn’t make it… “I used to have an American Deluxe but the neck snapped off in a freak bus accident! I thought it was gone but my parents got it fixed for my 21st, which was the best birthday present ever.”

His simplistic backline seems to draw from his musical influences – he namechecks John Mayer and Bon Iver as hugely influential, and this thread also runs through his live performances. George plays all of his shows solo, accompanied by his Strat alone. Despite his barebones approach to performances, the crowds keep growing. “Dot To Dot was good, Thekla was full! I thought they were waiting for someone after me but they left when I finished. They were there for me!”

Following an extensive release schedule, plus a string of summer shows including The Great Escape, a three-month residency at Bristol’s Gallimaufry and the aforementioned Dot To Dot, Glew’s prominence is growing by the hour.

That said, he maintains that his only aim is to write music that delivers an emotional connection, with his lifelong love of the guitar at the base of all of his songs: “I’m big on songs that make me feel something, so I’m always aiming for that.”