Gibson in the 1940s: Kalamazoo Gals and banner headstocks

We chat with the last surviving Kalamazoo Gal and hear a 1943 Southern Jumbo in action. 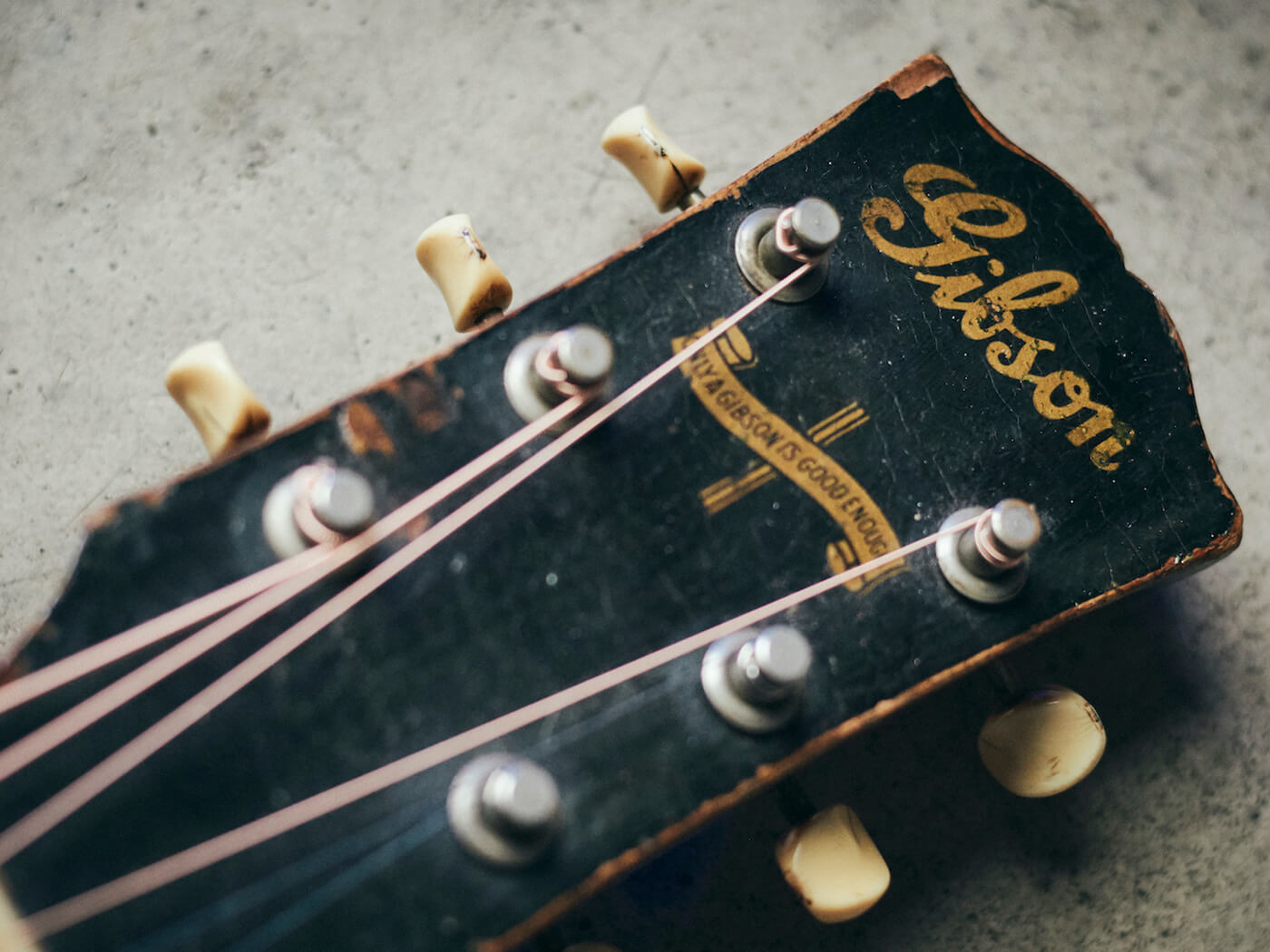 Guitar historian John Thomas is one of the world’s leading authorities on Gibson in the 1940s. His book, Kalamazoo Gals: A Story of Extraordinary Women & Gibson’s ‘Banner’ Guitars of WWII, tells the story of the women behind some of the most iconic and greatest sounding acoustic instruments of all time.

In 2019, we paid a visit to the former Gibson factory at 225 Parsons St in Kalamazoo, Michigan – now the home of our sister brand Heritage Guitars – where John sat down with the last surviving Kalamazoo Gal, 97-year-old Irene Stearns. In the following video, Irene reminisces about her time on the production line at Gibson, where she worked as a string maker.

The guitar featured in the video is John Thomas’ personal 1943 Southern Jumbo – or Southerner Jumbo as it was known originally. Even by the standards of banner-headstock Gibsons, it has a particularly vivid history, having been taken to Europe by an American soldier serving in World War II.

Watch the video that follows to hear John discuss this extraordinary guitar’s history and give it a workout at Gibson’s London HQ.