Who is Nicholas Veinoglou? Hailing from the Massachusetts town of Great Barrington, Nicholas Veinoglou first started playing guitar at age 10. Since then he’s developed a style heavily influenced by blues, classical and jazz, helping him graduate from Berklee College of Music in May 2015. What is he up to now? Veinoglou works as a […] 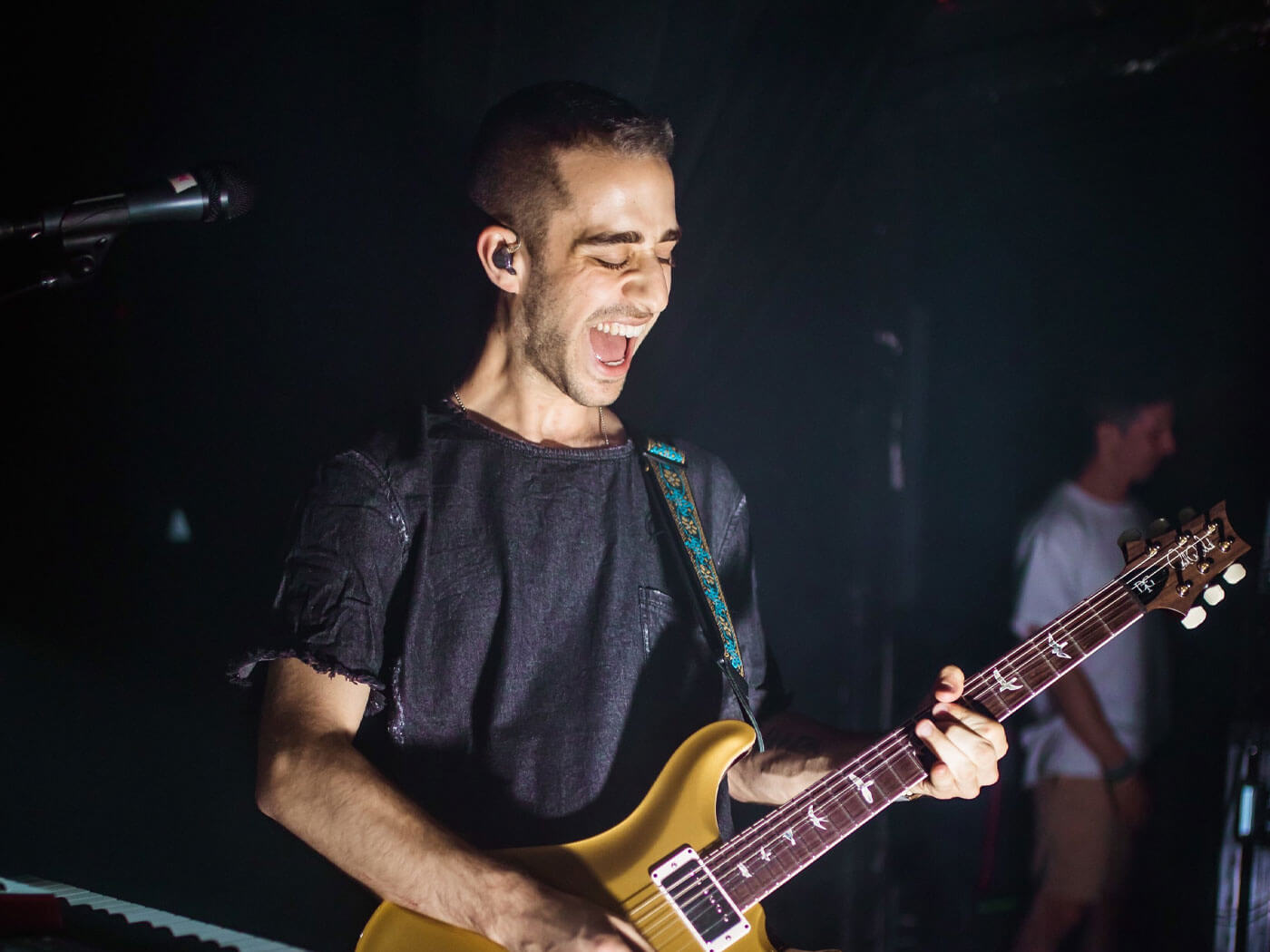 Hailing from the Massachusetts town of Great Barrington, Nicholas Veinoglou first started playing guitar at age 10. Since then he’s developed a style heavily influenced by blues, classical and jazz, helping him graduate from Berklee College of Music in May 2015.

Veinoglou works as a musical director, songwriter, educator, producer and hired gun in Los Angeles, and he’s toured with the likes of Bazzi, Jordan Fisher, Dove Cameron and Cimo Frankel.

Besides these gigs, the guitarist keeps himself busy teaching, working on his solo material and sharing his playing and techniques with fans on Instagram. He also creates lessons for his songs on Pickup Music.

Having graduated from Berklee College Of Music with a degree in jazz guitar performance, it’s no surprise that you can hear a diverse range of jazz influences in his playing. He told Pickup Music: “[Lenny Breau and Ted Greene are] both brilliant, brilliant solo jazz guitar players. Really innovative arrangements, crazy sense of harmony, they’re basically doing what Bill Evans was doing, but on the fretboard. Lenny Breau pioneered the right-hand harmonic waterfall technique, which is one of my favourite sounds on the instrument. They’re both also super influenced by classical music, which is really inspiring.

“Julian Lage is more of a contemporary jazz player, like a jazz-folk kind of master probably the most prolific player of our time currently in terms of skill, capacity, and overall knowledge of music. If you watch Julian Lage play, it’s like watching a butterfly just effortlessly pounce from flower to flower. He’s almost using no energy, and it’s incredible.”

On the blues side of things, he also spoke of his admiration for Derek Trucks’ “no bullshit” approach to expressive, vocal slide playing – all done on a Gibson SG plugged straight into an amp.

Showcasing his improvisational skills, the EP Improv Under The Stars (released under his moniker Donut Boy) was recorded in the middle of a field in his hometown. The EP is soaked in atmosphere and nostalgia, and the short track Four One Three is a great example of that.

His piece Bubble Tea is also a beautiful example of his mastery of expressive fingerpicking.

In terms of amps and pedals, he’s currently using a Kemper and Fender Tone Master Deluxe Reverb, the latter of which is combined with a pedalboard. Some interesting pedals he uses include a Walrus Julia, an EHX Memory Boy and Pitch Fork, a Keeley D&M Drive, and a Strymon BigSky.

These are amplifying several guitars, including a Fender American Ultra Jazzmaster (recently modded to be very, very sparkly), a custom PRS McCarty 594 Hollowbody and a Gibson SG.

But, it’s important to remember what all the gear’s for – as he told Drooble, “I think the biggest thing to realise is that anyone can do it. It’s not about what gear you have, what school you went to, or how fast you can play. It’s about the work you put in, the relationships you cultivate, and overall just being a good person!”

Nicholas Veinoglou will be taking part in the panel on building an artist brand in the digital age, where he’ll share tips on cultivating a fanbase and maintaining an online presence.

Guitar.com Live is a first-of-its-kind virtual guitar show set to take place across 2-4 October. Alongside Nicholas Veinoglou, heavyweights the likes of Joe Bonamassa, Kenny Wayne Shepherd and Angie Swan will appear at the event.