Take a look at our most popular videos of the year, including rig tours with Bonamassa, vintage comparisons, in-depth interviews and plenty more besides 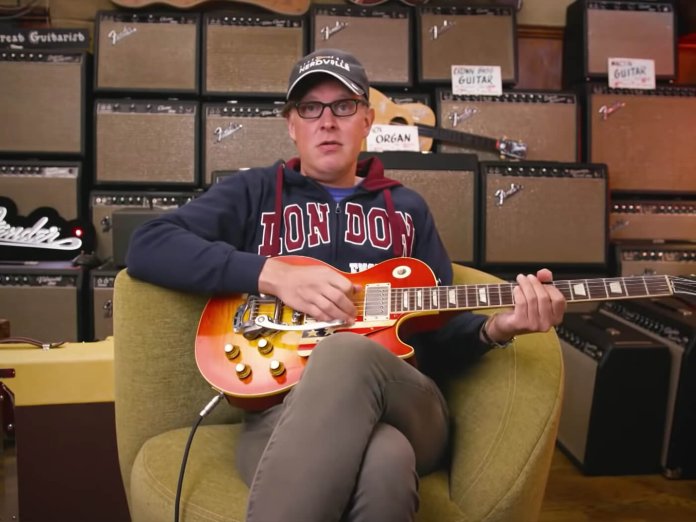 The world’s leading blues-rock guitarist invites us into his Los Angeles home to see and hear some of the highlights of his astonishing guitar collection.

The multi-Grammy winning guitar superstar invites Guitar.com Live into his rehearsal barn in Nashville to get up close and personal with some of the highlights of his guitar collection including Redeye, his 1959 Gibson Les Paul, and shows us exactly why these guitars have become the iconic bedrock of so many classic records.

Rumble Seat Music is home to one of the largest used and vintage guitar collections in Nashville, Tennessee. In this video, store owner Eliot Michael shows us a beautiful Les Paul said to be once owned by Jimmy Page.

Chris Vinnicombe gives a trio of Epiphone’s new-for-2020 Inspired By Gibson instruments a spin: the Les Paul Special, Les Paul Standard 50s and SG Standard. We’re impressed by the clarity and articulation of the tones for such affordable instruments. The amp used throughout is a Vox AC15.

Can the Boss Katana-100 MKII take on a boutique tube amp and win?

How does a modern digital amplifier with a UK street price of a little over £300 compare in a direct-recording shootout with a rig that would cost more than 10 times the price to assemble? We put the Boss Katana-100 MKII against the Lazy J. Read more about the shootout here.

Chief Editor Chris Vinnicombe takes the new Fender Vintera Road Worn models for a spin and puts them to the test against a 1954 Esquire and 1964 Strat, using a 1961 Deluxe throughout.

What’s the difference between a factory-made and a handmade guitar? We meet Hans Geerdink, the man behind JHG Guitars, to find out. The master builder talks to us about the two most important things in his life: guitars and his daughter Jasha.

Chris Vinnicombe puts Fender’s new 70th Anniversary Broadcaster through its paces in this in-depth demo. The guitar comes with an array of vintage-correct appointments, Custom Shop Designed ’50-’51 Blackguard pickups and a nitrocellulose finish over the ash body and maple neck. First you’ll hear each pickup selection in isolation before it’s put through its paces in a full track demo, with the help of a Klon Centaur and Orange TremLord 30.

“The art of the signature model” with St Vincent, James Valentine, John Petrucci and more

Ernie Ball Music Man’s artist roster is one of the most diverse in the industry. Here, some of the brand’s most famous names – including Jason Richardson, Steve Morse, John Petrucci, St Vincent and James Valentine – lift the lid on the collaboration process behind an artist signature model.