The big, bold jazzbox that shared the stage with the King himself.

What is it?
A gold-finish ES-295 (upmarket ES-175) that Moore bought in 1953, the year before he and a young Elvis Presley were joined together in Sun Studio.

Anything special?
Gibson built only 1,770 ES-295s back then, so it was pretty rare. Moore played other Gibsons with Elvis – after the ES-295, he moved onto a Super 400 and an L-5 CESN – but his first was used to drop rock ’n’ roll bombs such as That’s All Right and Good Rockin’ Tonight. 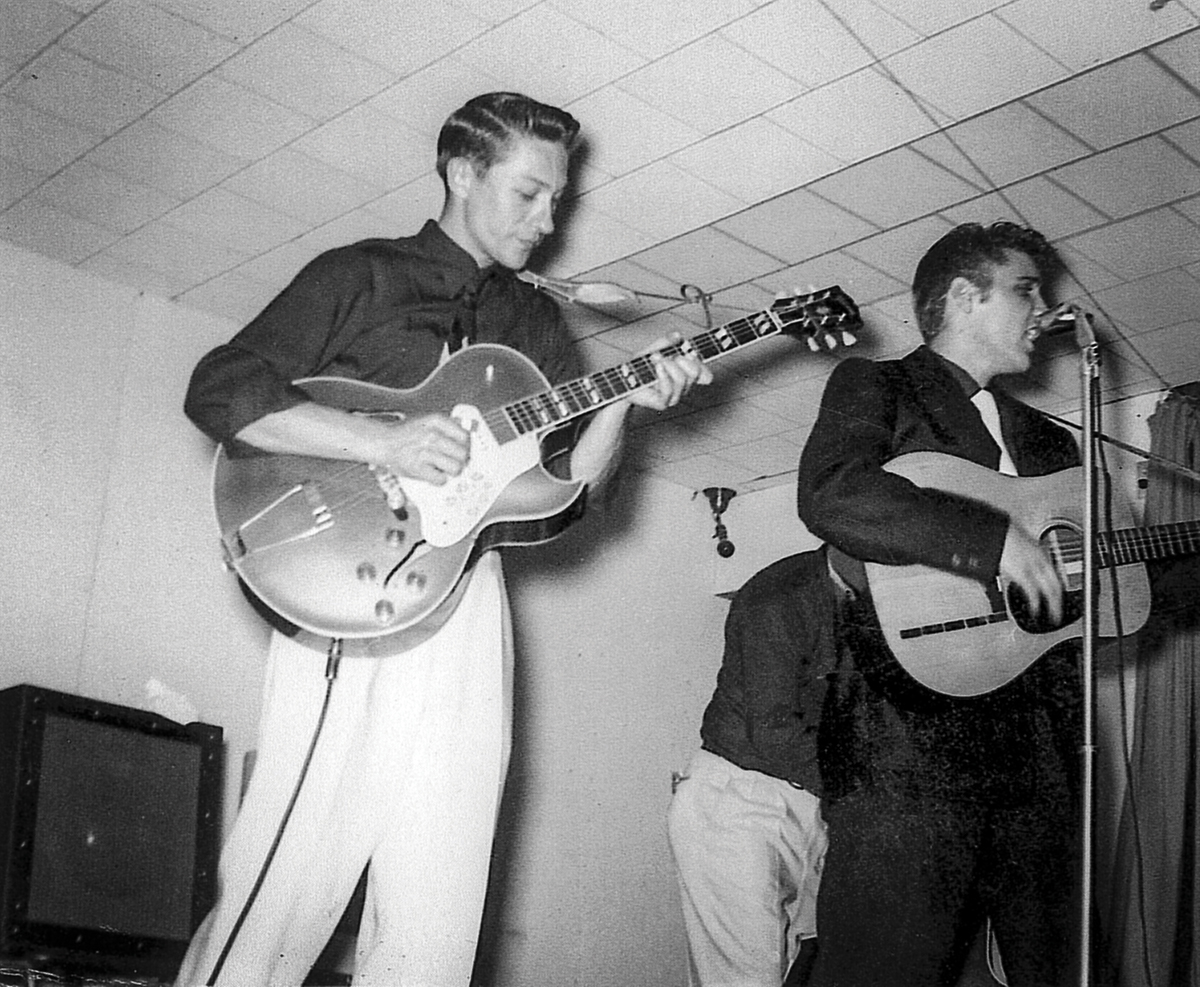 After buying it from Houck’s Piano Store in Memphis, Moore modified it with a Melita Synchro-Sonic with adjustable saddles to allow better intonation. This meant a new trapeze tailpiece, too; he chose a Kluson, as used on Gibson’s ES-125. “I dearly love the hollowbody sound,” Moore later recalled.

An aside
It was Les Paul who initiated a gold Gibson archtop. Les and Mary Ford had played a show for WWII vets in the early 50s, and Les later recalled: “One vet, Dean Davis, had his head all bandaged up from a brain tumour operation, and he was propped up so he could see us.

He said, ‘I am a guitar player, but I’ll never play again because I am paralysed down one side of my body’. Les reassured Davis how he’d re-learned to play with just one arm, after breaking his own. After requesting Les play him a song – Just One More Chance – Davis started crying. 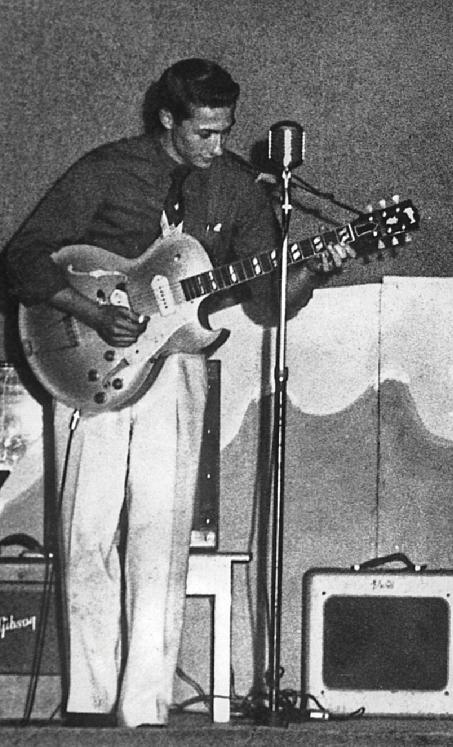 “I told him that I would have a guitar made for him, any kind he liked,” Les recounted. “He said he would like a golden archtop.” Les made it happen, despite Gibson’s bemusement.

Sadly, Davis died soon after and never got to see the golden ES-175. But gold remained Les’s choice for 1952’s Les Paul solidbody and the ES-295.

Moore said
“That ES-295 enhanced Elvis’s voice better than anything else I could have used.” To his delight, Moore was eventually reunited with his original ES-295 in 2007.