Neural DSP CEO and founder Doug Castro on how community and fan interaction is central to the Quad Cortex ecosystem. 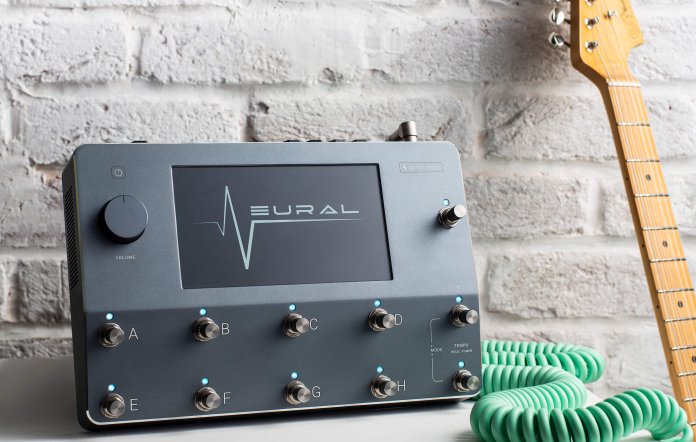 It’s no secret that Neural DSP’s Quad Cortex is making waves in the guitar industry. The next-generation modelling unit has already scored a perfect 10 in the Guitar.com review, and a flip through the user profiles on the Cortex Mobile app reveals that early adopters already sharing presets and captures include respected pro players such as Plini, Tom Quayle, Cory Wong, Rabea Massaad and more.

So could Quad Cortex change the way these artists release music? There’s certainly the potential for members of the Quad Cortex community to have a more direct connection with the guitar tones of their heroes than ever before, especially if artists choose not just to share Captures they’ve made of their personal gear with their followers but also the presets they use live or in the studio on individual tracks. It certainly doesn’t require a huge leap of faith to imagine presets being shared as part of a wider promotional campaign around the release of new music.

Neural DSP CEO and founder Doug Castro reveals that this was something he considered during the Quad Cortex R&D process. “Creating the tools that would allow for a community to form around the Cortex ecosystem was one of the key things we thought we could do differently,” he says.

“It’s already something that people enjoy. There are thousands of Captures and presets on Cortex Cloud already, and there’ll be tens of thousands by the end of the year. And this should grow exponentially as we ship more units, and continue to improve the Cloud experience and its integration with the device.

“The vision of building a community transcends making the product more valuable to users; there’s also something beautiful about helping people connect over the tones and sounds they love. Message boards do this to a certain extent, but with Cortex, you can instantly share sounds and, as we expand the gesture set, cooperate with others in a very seamless and inspiring way.

“This also applies greatly for high-profile users, whose fans can not only follow their other social accounts for updates but also their Cortex Cloud profiles to get their tone. Given how much of the emotional connection between a fan and the artists they admire is in the tone, this could truly become a special connective link between them.”

At the moment, Quad Cortex users can share presets and Captures within the app but there is no way to offer Captures for sale in the way that third parties can with Kemper Profiles and other competitor products. We wonder if Doug envisages a time when Capture stores will exist within the app, allowing artists an opportunity to monetise their interaction with fans. “Currently we are working on a ton of quality-of-life improvements around sharing presets and Captures, so that’s the main priority,” says Doug. “But building this infrastructure is something that we will leverage seamlessly into an amazing marketplace as well.

“I believe there is great value in professional musicians and audio engineers creating content for the community. It’s one of those things that we would’ve liked to do at the start, but there were many other things we had to prioritise.”

With plenty of exciting firmware updates in the pipeline already, we wonder if Neural’s head honcho will give us any hints about future developments that Quad Cortex users might not know about yet. “Right now the team’s priority is very simple,” says Doug. “Improve the product, which means enriching the feature set, expanding the algorithm library, and fixing bugs.

“We are working on effects and amplifiers in parallel, and we are looking forward to cranking the gas on adding algorithms more aggressively now that a lot of the infrastructural work has been done in these past three months.”