How the iPhone can help you make music

It’s not just for liking photos on the Gram. Your iPhone—or any mobile for that matter—can help you write tunes, practice chops and be a better musician, say these five guitarists. 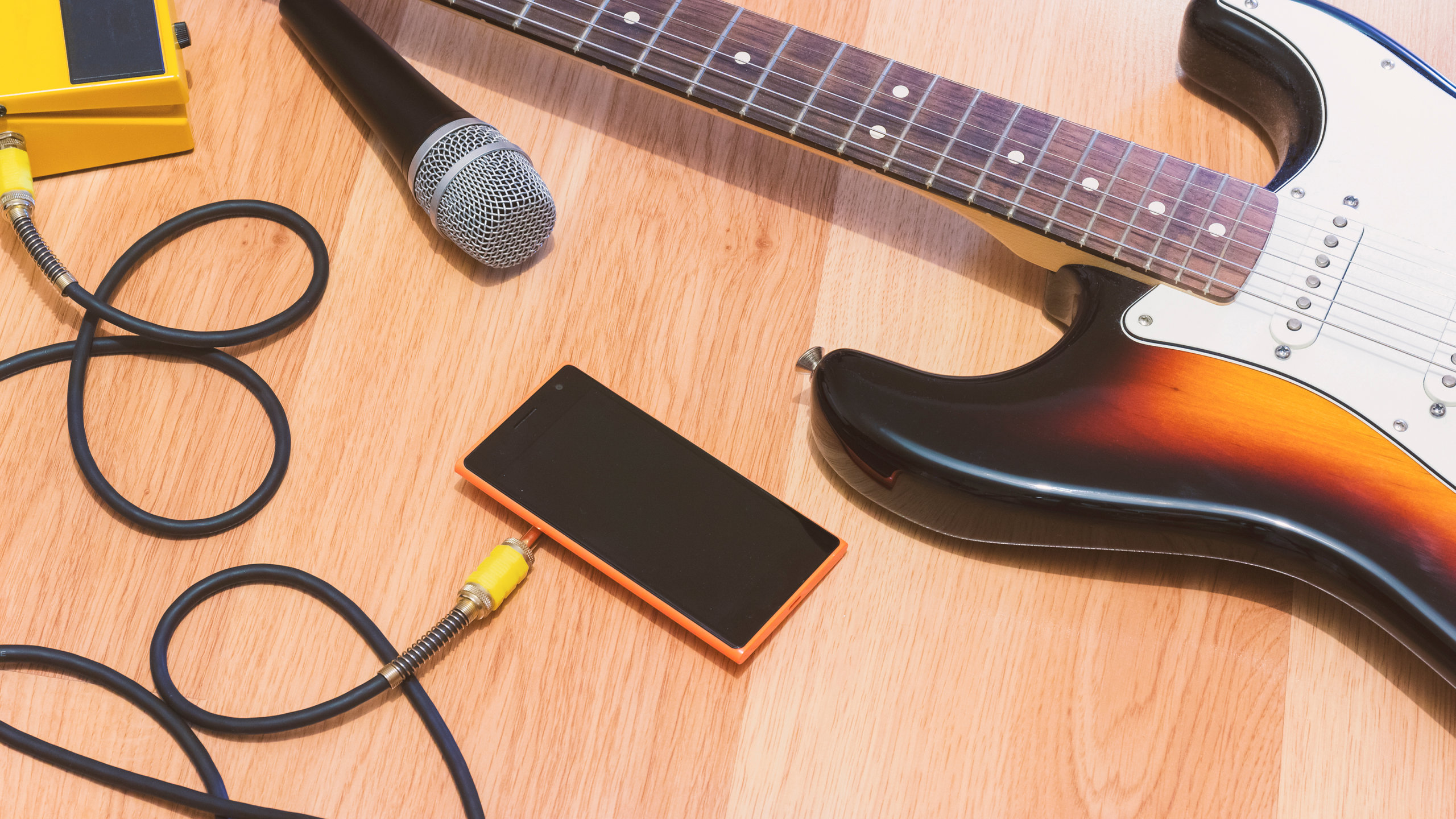 You already have one of the most useful pieces of gear you’ll ever own: your phone. It’s a songwriting tool, repository of ideas and even a practice aid—you don’t even need to download an app. Five musicians, from Billy Sheehan to George Lynch, show us how they’ve employed their iPhones to make them better musicians.

The Lynch Mob and ex-Dokken guitarist uses his iPhone as a personal assistant, of sorts, that takes ‘minutes’ of every lick and strum on his guitar. “I do have a home studio, but initial ideas, half the time, are just captured on an iPhone wherever I’m at,” George Lynch explained. “And the next time I’m sitting in my studio, I’ll just play something on an acoustic guitar into an iPhone just to capture it.”

He catalogs those tracks, warts and all, into several folders on his main computer. “So I have this bag of resources, of ideas that I just keep dropping in there all the time,” he continued. “Then when I’m working on a record, writing, I’ll look back at some of that stuff and check it out. I’ll hear something and go, ‘That’s cool!’ And I’ll have the initial ideas.”

Inspiration can strike anywhere. You could be at the cinema, on a dinner date, in a crowded subway carriage while the hum of passengers drones around you, your guitar many miles away. Richie Kotzen even dreams of music, which is one reason he keeps his iPhone close by wherever he is.

“Writing for me is so random,” the former Poison and Mr Big guitarist said. “I write a lot of times without an instrument. Literally, I’ve been in restaurants and had ideas, then ran outside, opened my iPhone and used the recorder app to document a song idea. I’ve woken myself out of sleep because I had ideas. And I learned that it’s important for me, when I have an idea like that, to force myself to wake up and document it.”

For a touring musician such as Tommy Emmanuel, the iPhone acts as an auditioning tool. The jazz guitarist believes that a good song is a good song no matter what it’s played through—you don’t need a studio set-up or an audiophile’s dream of a system to demo your tunes. So for convenience’s sake, he turns to his phone while he’s on the road.

“When I write a song, I practice it and record it on my iPhone, then I listen back to it,” he said. “If I’m satisfied with everything, then I perform it on stage and see what happens when I play it in front of an audience. And that’s how my songs and arrangements evolve and, hopefully, get better.”

Tony MacAlpine remembers the days when, to lay down the skeleton of a track, he had to be at home, find his tape deck, thread media through it and punch the “Record” button. That isn’t the case any more. The instrumental rock guitarist doesn’t even need a six-string in hand—just an iPhone will do.

“Sometimes if I’m out riding the bike or in the car, I can hear something pretty cool,” he said. “And I might sing the idea into the iPhone. I’ve done that on the train or on the plane. We couldn’t do that a long time ago. But now, everything is so instant and at your fingertips. It’s amazing.”

It’ll take years to be able to maneuver the bass like Billy Sheehan can, so take a page from his book and use the iPhone to document your progress while you practice.

When the bassist—he’s played with Steve Vai and Paul Gilbert, among others—practices, he finds a pattern he can’t yet do, then goes to town on it. “I spend a lot of time climbing up that mountain and just getting through the initial physiological barrier that your fingers just don’t move that way,” he explained. But once he does get it, that’s when he whips out the iPhone and rolls camera.

“I’ll play it to my iPhone, so I can have a video record of it. I’ve got so many iPhone videos where I’m like ‘Oops, sorry, that wasn’t it. All right there it is. Finally.’ It’s just to illustrate to myself. And then in about three or four days, it’s part of my repertoire, part of my vocabulary. I have command over it. It takes a lot to get over that hump, and I think a lot of younger and newer players don’t always have that discipline.”