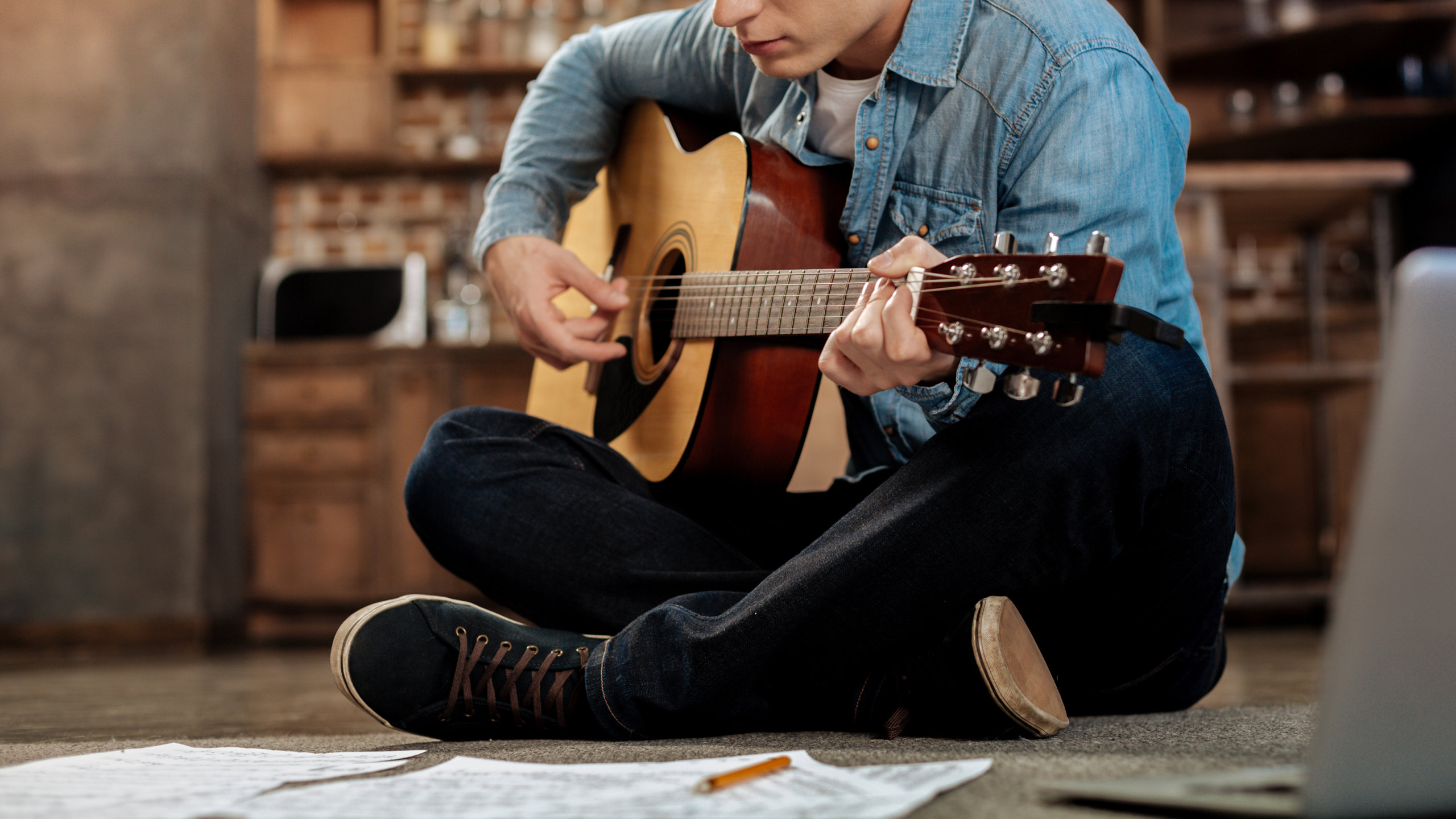 Before locking yourself up in the woodshed, pick up a few good habits from these five guitarists, who tell us more about the way they approach practice.

You’ll never be a master

So embrace the fact that there is no ‘final boss’ when it comes to practice. And because there isn’t one, you shouldn’t be getting so flustered that you feel like setting your guitar ablaze. Do as Andy Summers does, and approach the instrument with this mantra: “You’ll never master the guitar, and you’ll never master anything.”

“It’s just too vast,” the former guitarist of The Police told Guitar.com. “But you keep going and you enjoy it. I’ve been playing all my life and I believe that I’ve had a very sincere and heartfelt approach to music. I’ve always really loved it. And I still believe I’m a humble student of the instrument and of music.”

Know when to put down the guitar

Taking time out from your instrument should be part of your regimen. Not only will it keep your sanity in check, you’ll come back to the guitar with fresh ears and fingers. George Lynch uses the downtime to “reinvent” himself and adopt a different approach to playing and practice.

“And maybe forget some things, learn some new things, and change,” the Lynch Mob and former Dokken axeman added. “I don’t want to be the same guy every time I pick that thing up, and start to bore myself to death. But it’s tough, because reinventing yourself, even in a minor way, is painful and challenging. If you were good at one thing, maybe you’re not so good at this new thing, so you’ve got to try to get good at that.”

Which means you should schedule your time with the guitar like a HIIT session: in short, but intensive, bursts. Vary these spurts and find something that works for you—the idea is to crave your guitar. Glenn Tipton’s program, for instance, involves long periods of inactivity, concentrated surges… and lots of fishing.

Play with a metronome

And start slow, especially if you’re trying to nail down a new technique, song or scale. That’s Tommy Emmanuel’s advice: “If there are things like a hammer-on, pull-off and a bass note moving, and you’ve never done that before, then you have to go slow and work out an exercise that will get your thumb and your fingers to move around in a smooth way. So you teach yourself how to do exercises that will help you turn the skills into music.”

The acoustic guitar virtuoso also dispelled the myths that he confines himself up in a room to hammer out modes and scales. Practicing, according to the Australian, should be based around songs. “I want to play music. When I practice, I practice songs, and it’s songs that make you interested in playing the instrument. So don’t get caught up thinking, ‘I’ve got to be in the gymnasium of the guitar world to get any good.’”

Here’s another gem from Emmanuel: Always record your practice sessions, then listen back to identify the areas you need to work on. “When you’re just going at it all the time, you can become deaf to your own playing,” he said. “You don’t want to do that. You don’t want to let that creep in.”

Learn the sounds of scales, not the scale itself

Okay, this is gonna be tough to wrap your head around. Rather than using theory as a launching pad, Guthrie Govan believes in starting with songs. He’d try to find a shape on the fretboard that sounds like the song, then associate that shape with that sound. “That way, you can more naturally incorporate new stuff into the way you play,” he said.

“If you sit down with a scale book and say, ‘Today, I’m going to conquer the Lydian dominant,’ you’ll end up knowing all these shapes and playing them at a certain speed. It’s tough when you learn something that way ’round—it’s just a cold morsel of theory,” added Govan.

An example the English guitarist gave was watching players play “beautiful, well-phrased musical stuff” off of scales that they’ve committed to memory, both mental and muscle. But when asked to play something outside of that, “suddenly the musical player isn’t there anymore.” To get around it, Govan suggested learning to sing or scat a scale without having a guitar in your arms: “If you can’t sing or feel it, then you don’t really own that scale. You just memorized the shortcut to those notes. The process has to be imagining some music in your head, then being able to play by ear what you hear in your head.”