With two decades in the game and six studio albums under their belts, Skunk Anansie have survived in a changing industry. G&B heads to RAK Studios and talks to guitarist Ace… 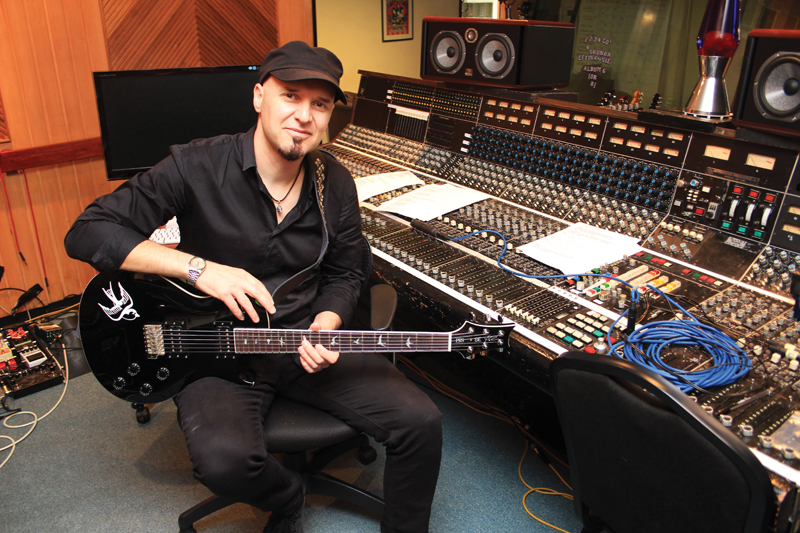 Housed in a converted Victorian schoolhouse in St John’s Wood, RAK Studios was opened by Mickie Most in 1976 and has since played host to the likes of Pink Floyd, David Bowie and Michael Jackson. It’s exactly the kind of hallowed environment in which bands signed in the hedonistic whirl of the mid-1990s often found themselves.

Yet though Skunk Anansie rose to prominence in that era, the story of the band’s sixth studio long player, Anarchytecture – released nearly 22 years after the Brit rockers took to the stage for the first time at the long since defunct Splash Club in King’s Cross – is one of thrift rather than excess.

“We financed it, and we did it right,” reveals Ace. “When we did all the festival runs a couple of years ago, we saved a bunch of money and we financed this record. It’s the new model. We’ve got our own label and we license it to other companies. So we can do what we want on the front end. We haven’t got to go to a record company and ask them to pay for our record and they go, ‘here’s 10 grand’, and then we end up doing it in our bedroom.”

When the time came to break open the piggy bank, as well as choosing RAK for the sessions the band opted to work with producer du jour Tom Dalgety, whose work on Royal Blood’s award-winning debut album prompted Ace and co to pick up the phone. And with Grammy-winning mastering engineer Ted Jensen taking care of the sonic fairy dust at Sterling Sound in New York, they definitely got their money’s worth. 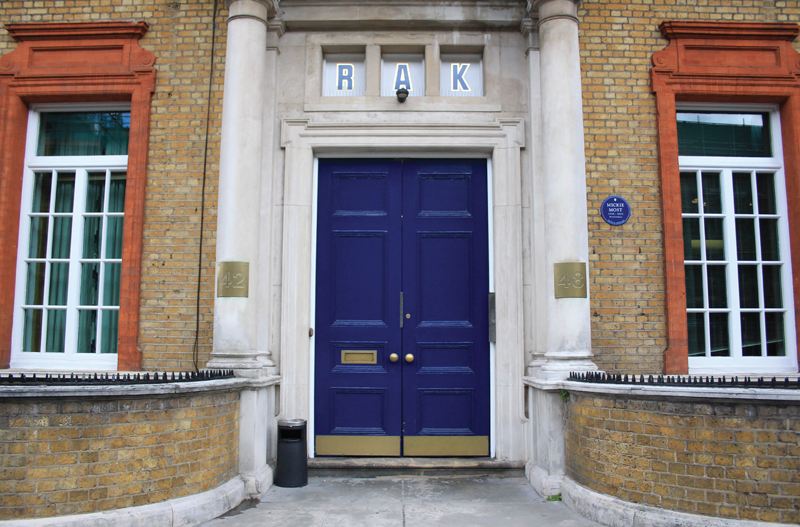 “We might not make a lot of money on the record,” the guitarist admits, “but because we’re quite a big band and we’re big in Europe and certain places around the world, we’ll be able to recoup it. And from a musician’s point of view, it’s wicked to be in a good studio. It’s that classic thrill of still being a professional musician, which is fading out for a lot of people.”

“Even bigger bands can’t afford to do this now, because they rely on record companies to pay for it and record companies don’t want to put so much money in because they can’t get it back. We know we can get it back through licensing and world sales. Albums don’t really make bands money now, but if you do a really wicked album then you get the good slots at festivals.”

And it’s not just the financial models for albums that have changed: “You’ll see bands going on tour now, logistically they’re travelling with nothing, you’ll see them on easyJet at the airport, checking in one guitar. Everything’s hired, they fly in, they do the show, they come out. There’s none of this big trucking anymore.”

“The big bands, like Metallica, are still trucking all their stuff and we still truck a certain amount through Europe, but I’m sure for this next wave of shows in 2016, we’ll probably get 10 where we literally just fly in with a guitar and a pedalboard, when we’re doing Russia and all those places.” 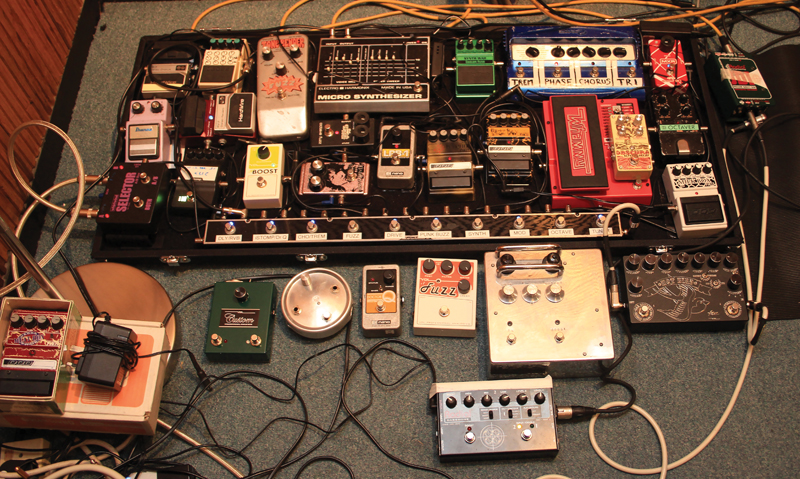 “Back in the old days we’d have shipped something or trucked over to Russia with all of our gear. The old logistics have gone out of the window, as well as the other old-school things. Flying out to Spain or New York to do two days of promo has gone when you can use an ISDN line to do idents and interviews.”

“Now you get an email from New York and have to write up the interview! And even this studio, like all the old studios, isn’t making money now. They survive on other things, like events and things like that. It’s nice that it’s still here and I feel privileged to be in here, but if you were starting from scratch, you wouldn’t build a place like this. If you were starting an office you wouldn’t have a printing press instead of a photocopier, you wouldn’t have big computers, you’d just have a laptop.”

Though the band have adapted while the tectonic plates of the music business continue to shift and reshape the landscape around them, the way in which Skunk Anansie function as a musical unit remains unshakable and forms the organic core of the new album.

“When we write songs we play them together, and when we play them together we know they’re gonna work live. If we write on a four-track or laptop or something, we don’t really know if it’s going to work together live. Everyone always used to say to us, ‘you’re a really great live band, you have to capture that on a record’. Or even that we sound better than the records! We don’t, but it’s a different experience because we’re in your face and it’s really, really loud. But when we record we capture the live vibe on it, that’s why all of the original tracking is done together in a room and then we’ll build on that.” 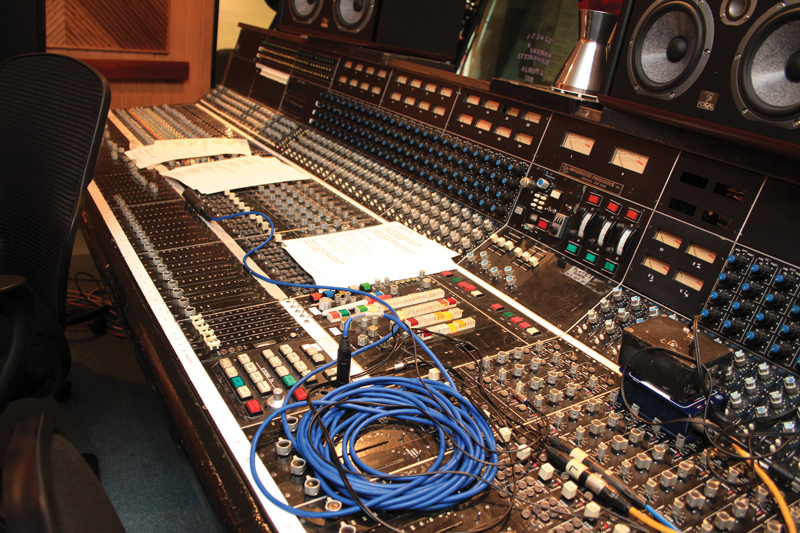 And build on it they did; but it wasn’t a case of stacking up overdub after overdub: “This album’s been really simplistic,” says Ace. “Where I was thinking, ‘oh god, I’ve got to come up with a really difficult part for this’, the producer said to me, ‘just stick a bunch of pedals on and play one note’. So I’m not frightened about playing this record live! Skin was like, ‘I don’t want any double-tracking, I don’t want a wall of sound’, so we split the amps in two and it’s one big guitar sound through two amps.”

“And that’s the philosophy of this, it’s just one guitar and it sounds massive. I have tracked stuff and I’ve done overdubs, but as minimal as possible so that when we go out live, it’ll sound like that. And when I’m out live I do use two amps, it’s a similar kind of set-up.”

And if the band ever do need to replicate more complex guitar arrangements on stage, pragmatism wins out: “Sometimes Skin plays rhythm and other times I’ll use octaves and delays – I’ve always used octaves and delays to make up for [being the only guitarist]. And you choose your parts, don’t you? I don’t mind overdubbing stuff on a record because when it’s live some people don’t miss it, or the bass distortion becomes your rhythm guitar and you can play the melodies, so I just choose the ones that suit me when it’s live. People pick up on the melodies, that’s the thing that you can’t leave out.”

Shortly before we leave Ace to put the finishing touches to the album, we wonder if the sessions have been smooth sailing and hugely enjoyable for the band from a musical perspective precisely because of the weight of experience that has also helped them to take control of their financial destiny. 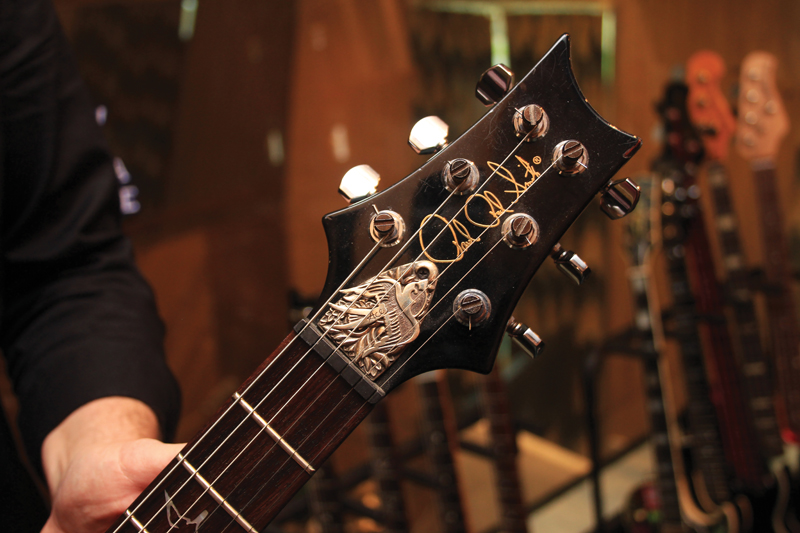 “It’s been really good,” enthuses Ace. “It hasn’t been meticulous, it’s been very quick. I’m not sure if that’s because it’s simplistic or if we’re just a bit older and better. I think some of the guitar parts that would have taken me an hour to do, now I can do in a couple of minutes. Cass just sits down and does the bass in one take, Mark’s done in two or three goes through.”

“When we were recording [1999’s] Post Orgasmic Chill, I remember it used to be six or seven drum takes to get the song, then it would be a day of playing all of the guitars and double-tracking, and it was all to tape, so you couldn’t make any mistakes… When you’re in that kind of zone and you’ve done it for years, when you do it on a computer you’re still in that mindset and you just do it. You don’t play little bits and chop it up. You start the track, play it all the way through and that’s it.”

“In the zone” is an apt description of a man who clearly has lost not one iota of the exuberance he has for his chosen vocation, and it’s this that helps make Ace so effective in the field of music education, in which he’s been active for many years.

“The main thing about music is, for me, time stands still,” he says. “When I play guitar, I always feel like I’m 12 years old, because I started playing at 12 and when I play I get that feeling, no matter where I am. Even when I’m onstage with the band I always feel like a kid. That’s stuck in my psyche. And when we got signed, we were like 24, 25, and we got stuck in that zone.” 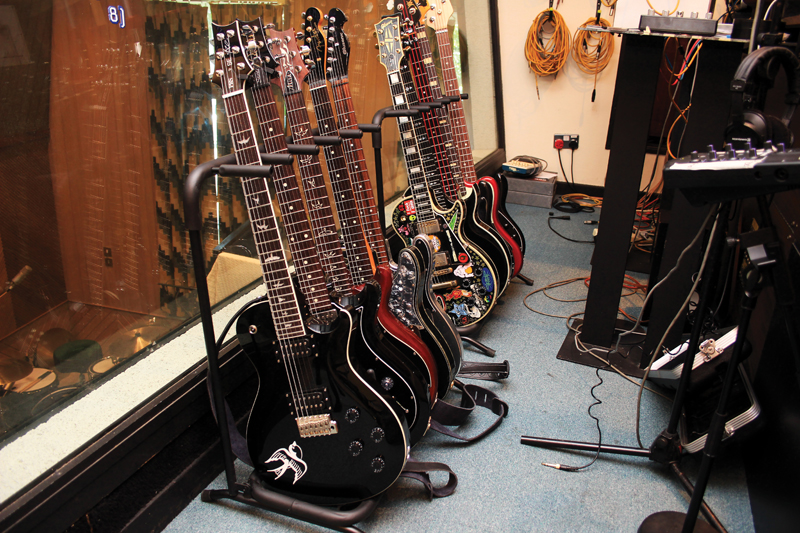 “So when we’re apart, we might be responsible adults, but when we’re together it’s like we’re 24 again. Our conversations may have grown up a little bit, but most of the time we’re like kids. When we are together in the studio it’s just as creative, there’s nothing stale about it and we really enjoy it. And we now control everything.

“But we’ve all got other things in our lives. Bands used to be 48 weeks a year, now we’ll probably do two or three weeks in Europe, two and a half months of festivals, and that will be it. For the rest of the year, we’re off doing what we want.

“I’ve got seven guitar academies now, five in Italy and two in England, and I’m now the head of creative industry development at ACM. I run a department called Industry Link and I’m on the senior management team for the college, and we’ve set it up so that whenever a student needs it, they can borrow a PRS guitar. I’ve covered all of the walls of my office with gold discs!”

Anarchytecture, the new album by Skunk Anansie, is out now.

To find out more about the courses on offer at the Ace Guitar Academy and ACM, visit the website at www.aceguitaracademy.co.uk & www.acm.ac.uk