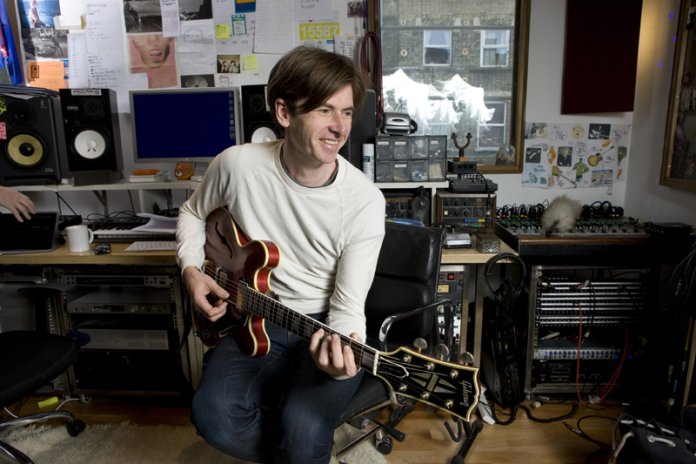 What motivated you to go back and remaster the album and give it the deluxe treatment?

“A few years ago, I was alerted, via a Twitter account called @1palbumclub, that you could buy this record on Amazon for as little as one penny. The sleeve was incorrect on digital services. EMI, the then-owners, refused to do a reissue to get it back to normal price, and it took until Universal had bought the catalogue to start the process again. It took four years for Demon to get a licence to put this out and allow me to reassemble the whole thing. In the meantime, we played some shows last year, which reminded us of how cherished some of the music is, seemingly without our having noticed before. I was always fond of the way this record was quite eccentric beyond the hits, and that is what I was keen for people to rediscover. But it’s been a true labour of love, phenomenal work, and also outlines how farcical a record company can be that it would rather have a record on sale for 1p than go through some red tape to have it at full price.”

Did you primarily use the 355 on this record? What was your set-up during this era?

“There was lots of 355, Tele and Les Paul, mainly. I was using AC30s, but also my Boogie MkIII and the Les Paul for the solo on How About You?, a Selmer Zodiac (The Debitor) and an ancient Ampeg combo, which weighed a ton and belonged to RAK (Tonight). Yes uses the 355, with AC30s and a Leslie cabinet for the chorus-y parts, and also some Les Paul on the choruses and outro. I was also using a valve Watkins Copicat for almost everything at the time as a preamp, as well as for echo. The intro to Tonight is my 355 mic’d up with a KM84 taped onto the f-hole.” 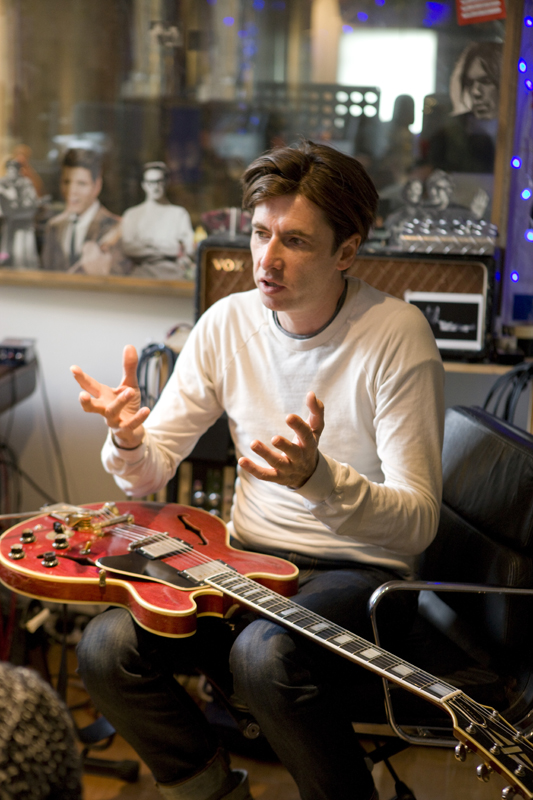 The album contains Yes, an incredible piece of music. What do you think it is about this song that gives it such lasting appeal?

“Musically, I had a lucky afternoon! I stumbled on some lovely key changes, which are almost unnoticeable but give the feeling of unexpected changes. There is the feeling of euphoria and defiance from the off with the drum parts and the high violin line. The most amazing part is I met somebody completely unexpectedly, who took the piece of music I described and within two days had interpreted it with complete accuracy.

The feelings David expressed in those few words say everything I was saying in the music. It was a very pure statement from the moment I started writing string parts, through to hearing him sing it back in the studio. I think that pure aesthetic is ingrained in the record, and people constantly go back to it to find that feeling in their own lives. The most common comment we get is `that song makes me feel better!’ – and being part of that for other people is very special.”

When you’re playing these songs live today, do you make changes to the arrangements?

“The recordings are pretty live and loose, and although I’ll stick to the structures, there is plenty of room for everyone to move with the parts. We don’t learn anything religiously, but there are very specific things I insist the band learn. Around that, they can move quite a lot. I don’t have the greatest patience for learning solos I played 20 years ago, so I tend to get it into my head and just have fun. I’m allowed to! As long as Mako’s behind me, I feel I can do anything!”

A lazy assumption is McAlmont & Butler were a Britpop band, but if you could describe `the sound’ of the duo, what would you say?

“This record came from that time, but I’m pretty confident it doesn’t represent that generic sound – and I’m relieved with that! At the time, I was very set on challenging musically what I was doing, and would never have been happy to have the music slot into a movement, so a lot of it was obtusely trying to stay away from what was going on. The era wasn’t just marked by the sound of the music, but the way groups were packaged and sold in such a blunt way – and, again, we tried to present this music in a deliberately underplayed way. The ethos was deliberately about `the sound’. It was important people would remember it for what they heard and little else.”

Are McAlmont & Butler back for good? Can we expect the long-awaited third album?

“We never went anywhere! We never finished our third record. Things got in the way and still do distract us both, but my rough aim is to at least finish it next year. We should have a few new songs in the tour setlist this November.” 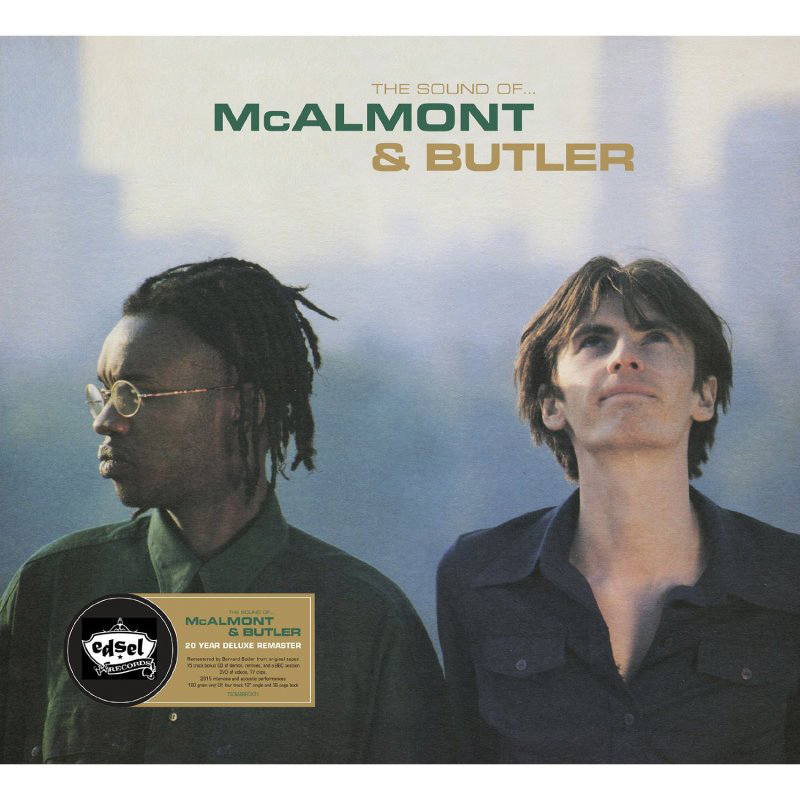 The Sound Of McAlmont & Butler

Following the dissolution of his pioneering partnership with Brett Anderson, former Suede guitar hero Bernard Butler wasn’t quite ready to hang up that iconic Gibson ES-355. Forging a new creative union with the vocal powerhouse David McAlmont, the pair unleashed a barrage of unforgetable glam-meets-soul singles and ultimately an album – remastered here 20 years on by Mr Butler himself from the original tapes. In song terms. the obvious T-Rex in the room is Yes which, quite possibly, is one of the finest pieces of songwriting to emerge from the 90s.

The juxtaposition between the wall of sound production, gloriously bright chords, euphoric Judy Garland-inspired melody and the sassy, biting lyrics is sublime, as is McAlmont’s remarkably dexterous voice. Other highlights include second single You Do and the snappy What’s The Excuse This Time? A jam-packed bonus disc offers a fascinating insight into the making of Yes, with the original four-track demo included, as well as an instrumental. Other nuggets of interest to fans of the duo are aplenty, including a DVD featuring new performances.

We caught up Bernard earlier this year to check out his studio and gear collection, read it here