How do you follow a widescreen double album full of stadium-sized choruses? Biffy Clyro frontman Simon Neil tells G&B how working with acclaimed producer Rich Costey shook things up during the sessions for the Scottish rockers’ seventh album, Ellipsis 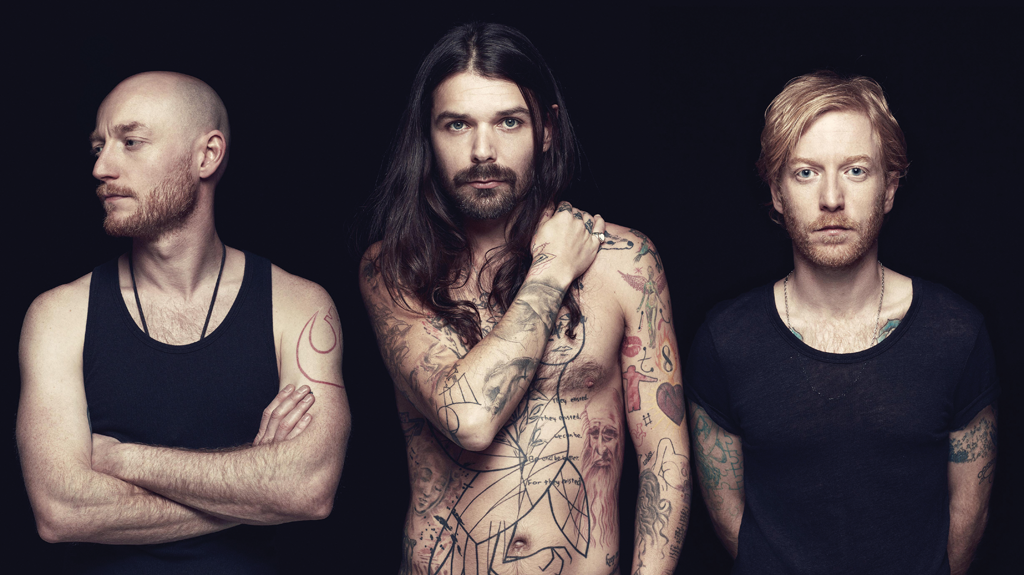 From early tours during which the band’s pulverising dynamics regularly caused the pint glasses of unsuspecting punters to slip from their grasps and shatter on sticky nightclub floor tiles, through to triumphant festival headline sets, Biffy Clyro have always possessed a capricious streak. And while the Ayrshire trio are still capable of more twists and turns in the course of one song than most bands manage in a career, when lead singer, guitarist and principal songwriter Simon Neil returned home from two years on the road in support of 2013’s mammoth double album, Opposites, his creative well was alarmingly dry.

“I wrote so much music for Opposites that I think I had nothing left in the tank,” admits Neil. “I immediately had a bit of a panic, and my confidence took a bit of a hit. I felt like, fuck, I’ve forgotten how to write a song, I can’t say anything new. It was just a weird state of mind for me. On previous albums, I’ve had a backlog of ideas when I’ve come home that I can’t wait to get started on and this time, I didn’t. It sounds ridiculous, but I genuinely felt like I’d lost my magic and my mojo.”

An escape – both geographical and musical – provided Neil with a much-needed spark: “I went away to California for a few months; I wanted to write music without Biffy permeating my every thought. I didn’t want to write music thinking about whether it was the right thing for our band to do next, or whether these were songs we should be playing on a big stage in front of lots of people; it was the first time I’d ever felt that pressure.

“I went away and made a bunch of music – I made a weird electronic album [a long-player under the moniker ZZC is expected to surface in 2017 – Ed]. I wrote some songs with friends and I recorded in some friends’ studios and I wasn’t thinking about Biffy. Of course, that’s when suddenly I started writing songs for Biffy. 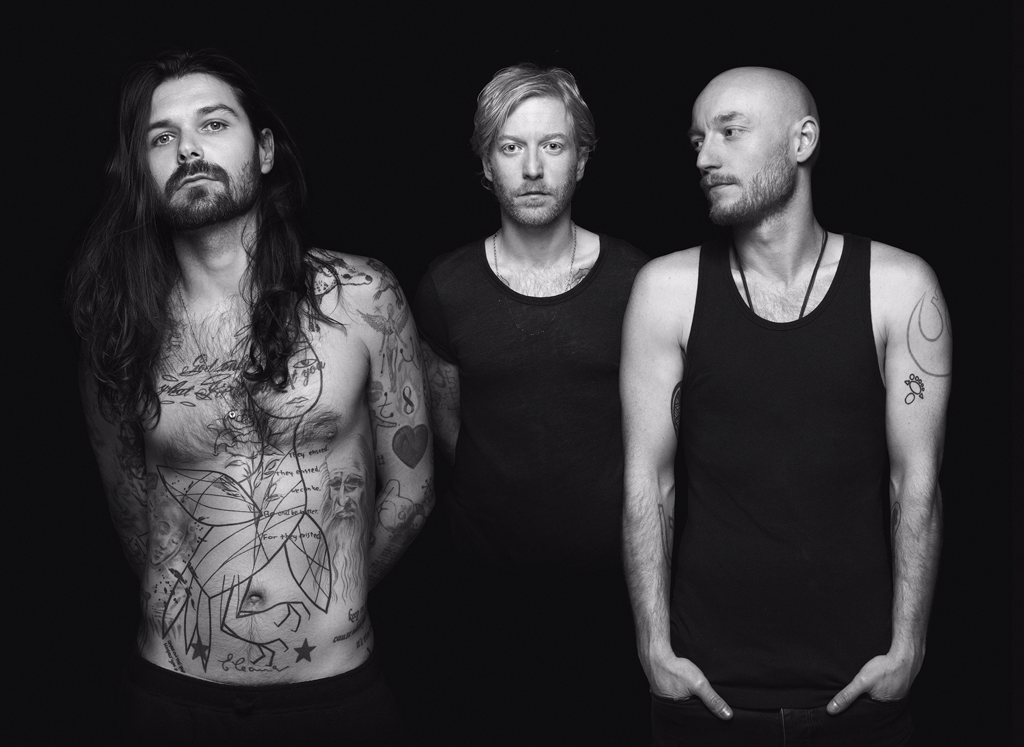 “I’d built so much pressure on myself and forgotten the innocence of making music. As soon as I removed the pressure, I could see the beginnings of the record taking shape and when I came home, I had another wee burst of writing songs. They felt good, they felt fresh, they felt new. The one thing we didn’t want to do was spend a year playing those songs in the practice room.

“There’s four or five songs [on Ellipsis] we didn’t even play together until we got to the studio. And that forced us not to rely on any routines or habits. Going into a seventh album, I think it’s really important to break habits and try to forge some new ground. I don’t think we were ever closed minded, but we only ever listened to rock music and loud, weird music with guitars, and it feels like in the last few years, we’ve managed to embrace inspiring music outside of that.”

Although the band’s last three records were made with Garth Richardson – a producer with impeccable rock credentials responsible for catching lightning in a bottle on Rage Against The Machine’s legendary 1992 debut – the Ellipsis sessions saw Rick Costey man the desk.

“The last three records were very much about recording us as a band and making it as pretty and as huge as possible and really making it widescreen and cinematic, but very organic,” says Neil. “After doing that over a double album, it felt like we had to force a change.

“Rich Costey’s not necessarily just a rock guy. We loved his work with Fiona Apple, The Mars Volta, Boots, Mew… So we spoke to him about wanting to be a rock band, but do it in the weirdest way, the oddest way possible. So a rock band making a record without once standing in a room and playing live together.”

Any mention of experimentation might make major record-label executives develop a nervous twitch, but the Biffy Clyro camp is still bursting with ambition: “I’ve definitely dealt with any punk-rock guilt. Now that this album is made, I want it to be a fucking huge record, I want everyone to love it. I want each thing to be better than the last thing we do.

“Rock music means everything to me and we’re always going to be a rock band, but it’s a strange time; I want to start hearing real fucking attitude. I feel like Yeezus by Kanye West was one of the most punk-rock albums that’s been released in years. I feel like it has more attitude than a lot of the rock albums in the last five years combined. I love it when someone means it. I had confidence issues last year, but now I’m more confident than ever. 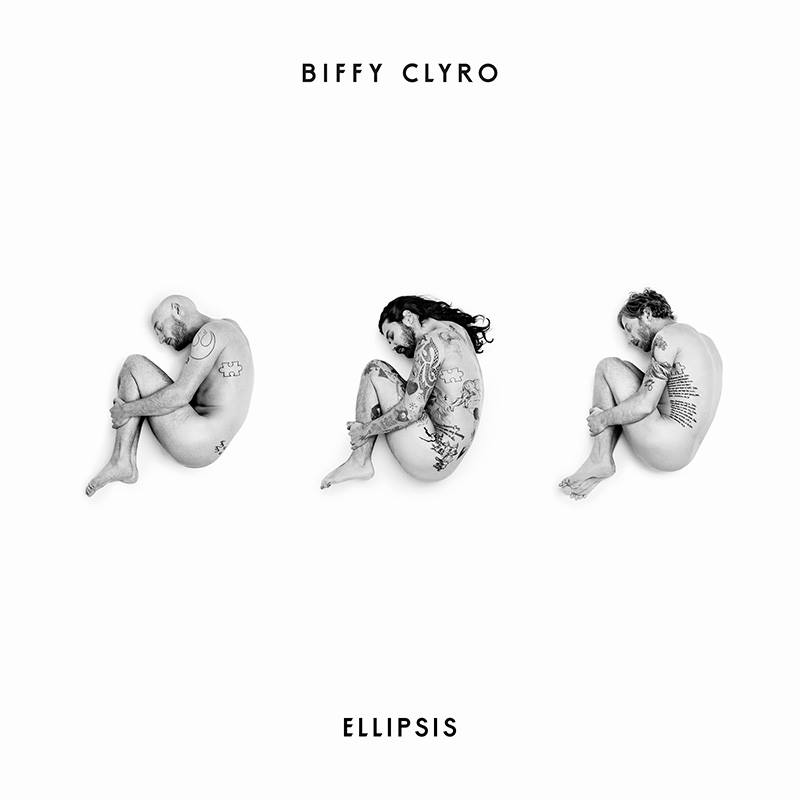 And during the recording process for Ellipsis, the producer was pushing much more than just faders: “We shook the whole thing up,” grins Simon. “My main guitar sound was this small Peavey combo from 1968, which Rich managed to find. It was absolutely tiny and we got the most vicious guitar sounds out of it. I’ve always been of the opinion that you get the big amps out, you turn them up, you get loads of them and that’s the sound. And that’s what I’ve done on the last three records, I’ve had eight amps running at once.

“This time, we’d spend a long time getting one sound just right. Rich uses a lot of pedals. I used a Black Volt amp, which I think was made initially for Daniel Lanois for one of his solo records; it was a hell of a sound, it was like molasses, so thick and dark. I used a Fender DeVille amp for a lot of my clean sounds. I still cannot see beyond that for clean sounds with a bit of bite.

“As much as a Stratocaster is kind of like an extra limb for me, when I’m in the studio, I like using different guitars. A Stratocaster is so percussive, and it’s definitely more prevalent on this album than maybe our last couple with Garth, but there’s a lot of Les Paul. I used a Mosrite – that had a real unique feel to it. There was a real twang to it, but it had a weight that the Stratocaster didn’t have. I used my Marshall cab as well, my Marshall head and just lots of pedals.

“I wasn’t above doing anything weird. There were certain points where Rich would have my guitar going through 16 pedals. We wouldn’t even know which ones were switched on. Rich is a bit of a vibe merchant. He doesn’t worry if things are over-distorted or if the needle is in the red. It’s all about the sound. Whenever we were saying, ‘oh the needle’s in the red there’, he’d be like, ‘who gives a shit? Does it sound good or not?’ And that was a really good mindset.”

Neil and Costey took the ‘what sounds right, is right’ recording ethos a step further, often aiming for the right kind of wrong: “With Garth, it felt like we were aiming for beautifully organic, classic guitar sounds, like Zeppelin or Sabbath or something. With this one, we were trying to fuck with the sound. We used a lot of effects that don’t even sound like guitars.

“That was a new thing for me, to treat the guitar like more of a texture, and that was something I’m not used to, it was definitely Rich’s input that contributed to that. He managed to get me to think about the guitar in a different way. I really appreciated that and it’s something we’ll explore more over the next couple of albums, as well.

“I’m such a fan of big, heavy guitars, but Rich made me appreciate how heavy you can make a clean guitar sound. That’s one of the reasons I love Mew. Some of their really heavy songs; the guitar is like glass.

“On a song like On A Bang, which is probably our most punk-rock moment on this record, I kept thinking, let’s put shit-tonnes of distortion on it, let’s make it growl, and fizzy. And Rich was like, let’s start with a clean guitar and see what happens. And I ended up putting two guitars on that song and they’re both pretty much completely clean with maybe a slight bit of overdrive. And I feel it’s one of the heaviest guitar sounds I’ve ever had.

“I’m so used to standing in front of my amplifiers that I think sometimes, it can chase me into a corner; I feel so at home, so comfortable with that buzz of distortion washing over me… yet when you’re making a record, it’s a completely different thing.”

Although change was the order of the day, Simon still turned to his old faithful Boss Metal Zone, even if: “whenever I try and put it on a record, the producer’s always like, nope, it sounds shit.”

Ironically, he’s almost come full circle, as that particular pedal and another small Peavey combo, a Bandit, were used on Biffy Clyro’s 2002 debut, Blackened Sky. “I didn’t even do that math in my mind,” laughs Neil. “For this album, we deliberately wanted to feel like we were making a debut album again, and kind of unlearn what we’ve done – but it’s been a lot closer than I’ve even realised. Using a Peavey fucking combo and guitars straight in! It’s bonkers!”