As Darrel Higham returns with a new album, Hell’s Hotel, Simon Bradley catches up with the rockabilly maestro to chat recording techniques, his influences, and a sumptuous new Gretsch guitar… 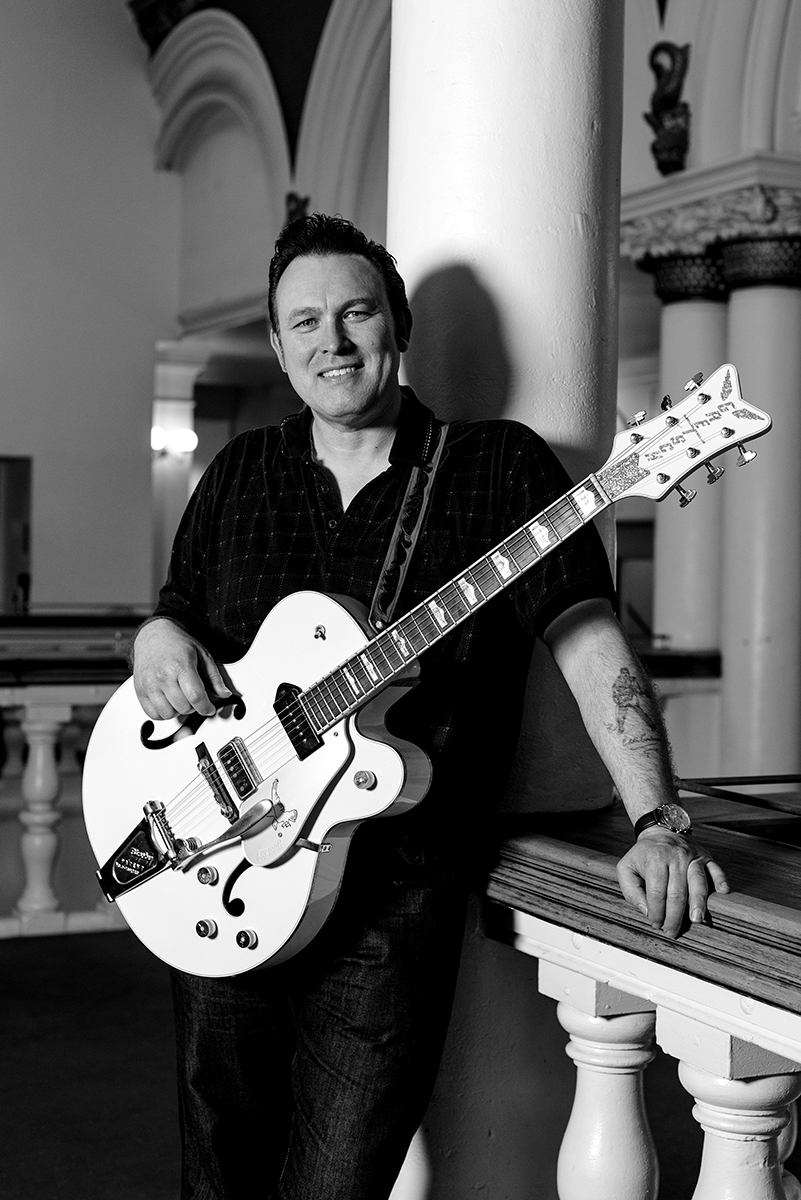 Whether doing his thing with the impossibly authentic quartet, Bob & The Bearcats, fronting his hero Eddie Cochran’s backing band, The Kelly Four, playing with Stray Cats drummer Slim Jim Phantom in The Katmen, or sharing the stage with the likes of Jeff Beck and Brian Setzer, Darrel Higham has always kept it utterly real.

He remains a leading light within the UK rockabilly scene and, until recently, acted as a musical touchstone for Irish songstress Imelda May.

Over the course of a number of eminently-listenable albums, his unmistakable Gretsch-flavoured licks and chord work helped give her wonderful voice and emotive songs an uncommon bedrock for modern popular music, with shows at the Royal Albert Hall, as well as collaborations with a slew of household names, only part of the resultant success. 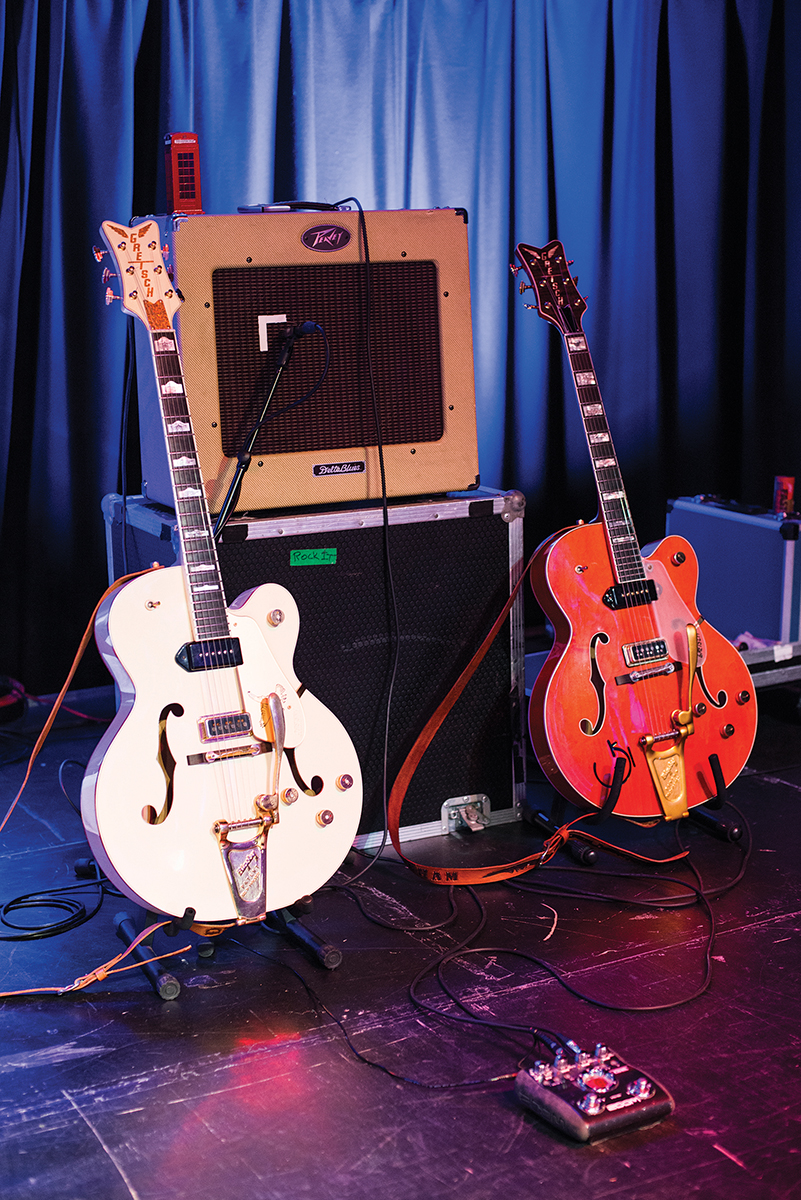 Sadly, however, nothing lasts forever, and following a personal and professional split with Imelda, Darrel finds himself back at the helm of his own musical ship. Some things don’t change, however, and it’s no surprise that his brand new solo album, Hell’s Hotel, sounds as if it’s been dipped in Pomade and marinated in the exhaust of a 1956 Ford Thunderbird, before being festooned with maple shavings from the old Gretsch factory floor in Brooklyn. 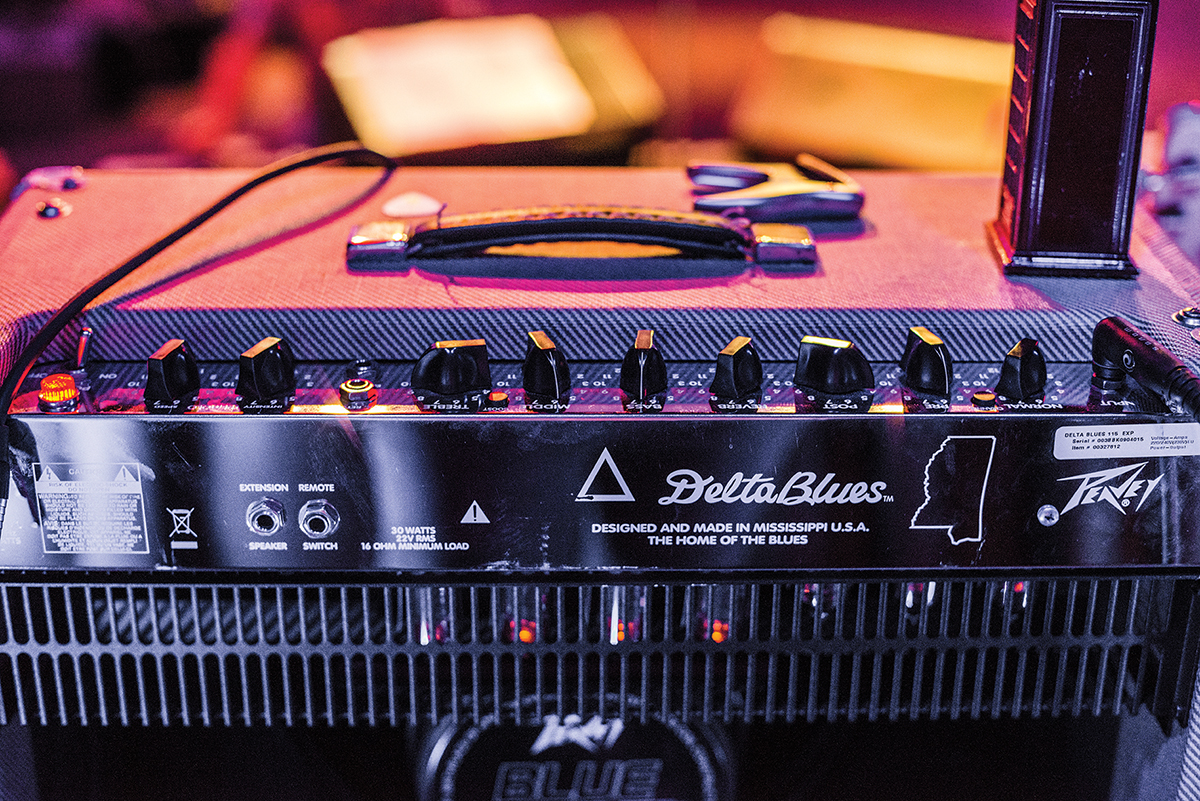 It comes as no surprise that Darrel’s first post-Imelda record is one that sees him dive head-first into the rockabilly that he knows so well – indeed he admits it was a welcome distraction from his personal life.

“It was just great to be busy,” he says with a sigh. “To be able to take your mind off things and really get stuck in to a project is very therapeutic, and it helped immeasurably, I have to say.”

Even then, however, it was hard for him not to notice the difference between writing with Imelda and writing on his own.

“I’m a very different songwriter, inasmuch as I don’t write about me,” he explains. “The songs might sound like they’re about me, but, like a lot of songwriters, I tend to write about love; falling in love, falling out of love. 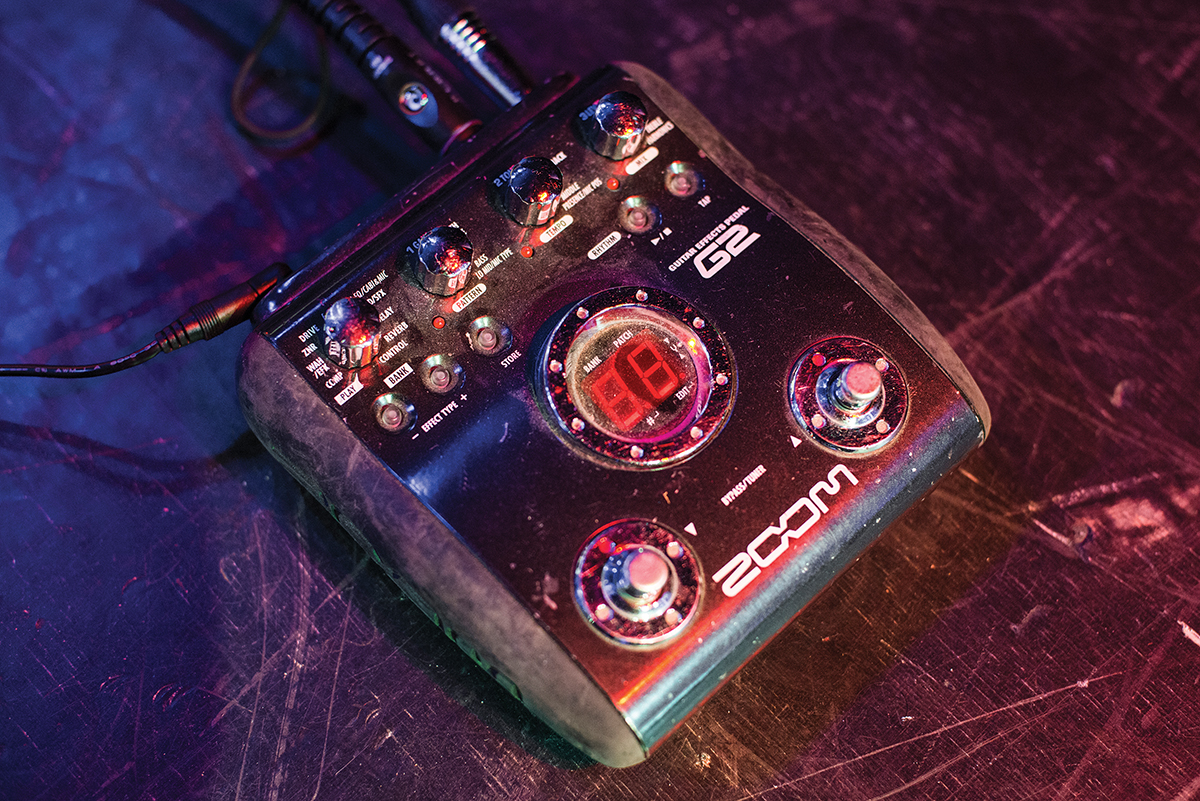 We’ve all done it so we can all relate to it. I don’t write political songs and I don’t really want to; I try to keep it as entertaining as possible. I can write a song, step back from it and not think about it afterwards because, to me, it’s for the listener to decide whether it means something to them. Some songwriters will say ‘This is about me’, while others will say ‘I hope this is about you’, and that’s how I tend to look at it.

“I have a notepad containing ideas that I’ve scribbled down over the years and a lot of the songs on Hell’s Hotel came from just finishing some of them off.” He continues. “I also had a few days where I went into the studio by myself, very quietly with just my acoustic, and came up with some ideas, but generally the album came together very quickly.” 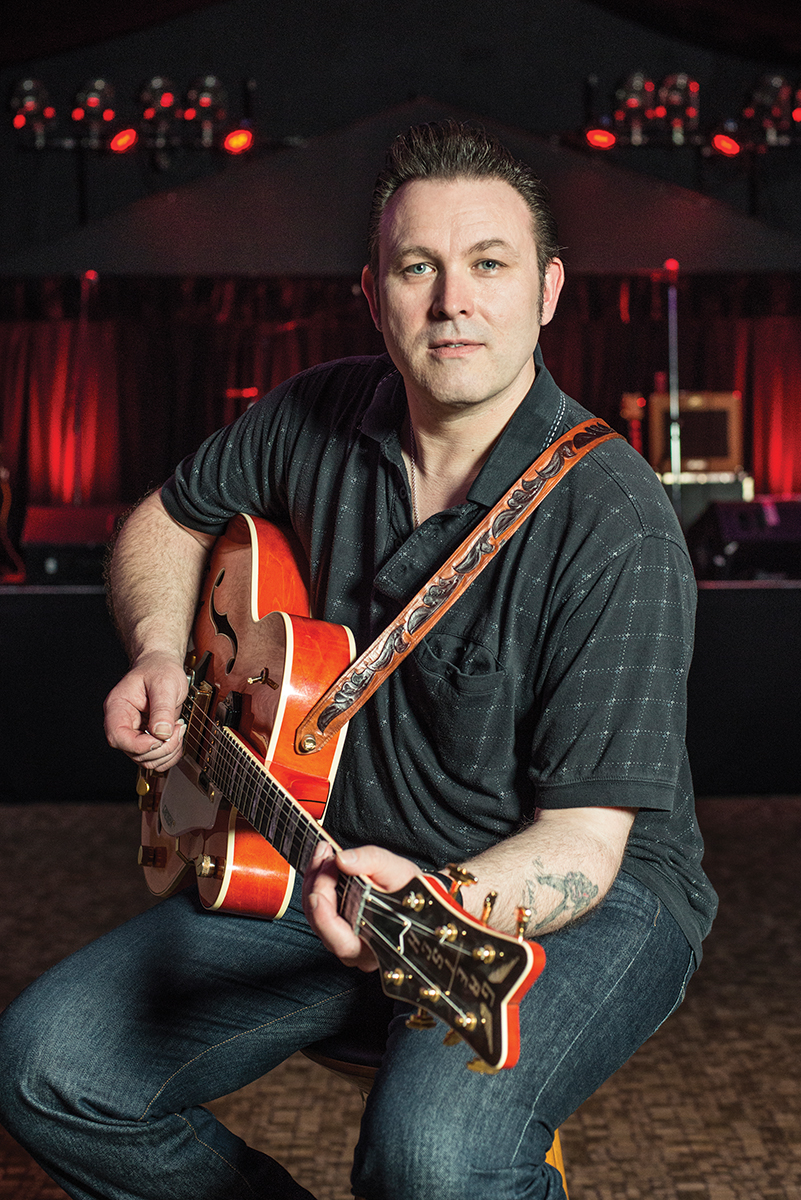 If you were to cut Higham in half, he’d have the word ‘rockabilly’ written through him like a stick of rock, but not so much of a retro-naut that he eschews modern recording techniques and technology: his live effects come from a Zoom G2, after all. Using his own Embassy Studios and roping in noted knob-twiddler Graham Dominy to co-produce, there were no monolithic reel-to-reel consoles to wrestle with.

“No, it was all recorded on Pro Tools and we spent as much time on it as we possibly could,” he confirms. “I really wanted it to be very polished rather than an authentic-sounding rockabilly album – because I make those anyway! This needed to be something that would appeal to a broader audience and I’m very pleased we had the time to do it.” 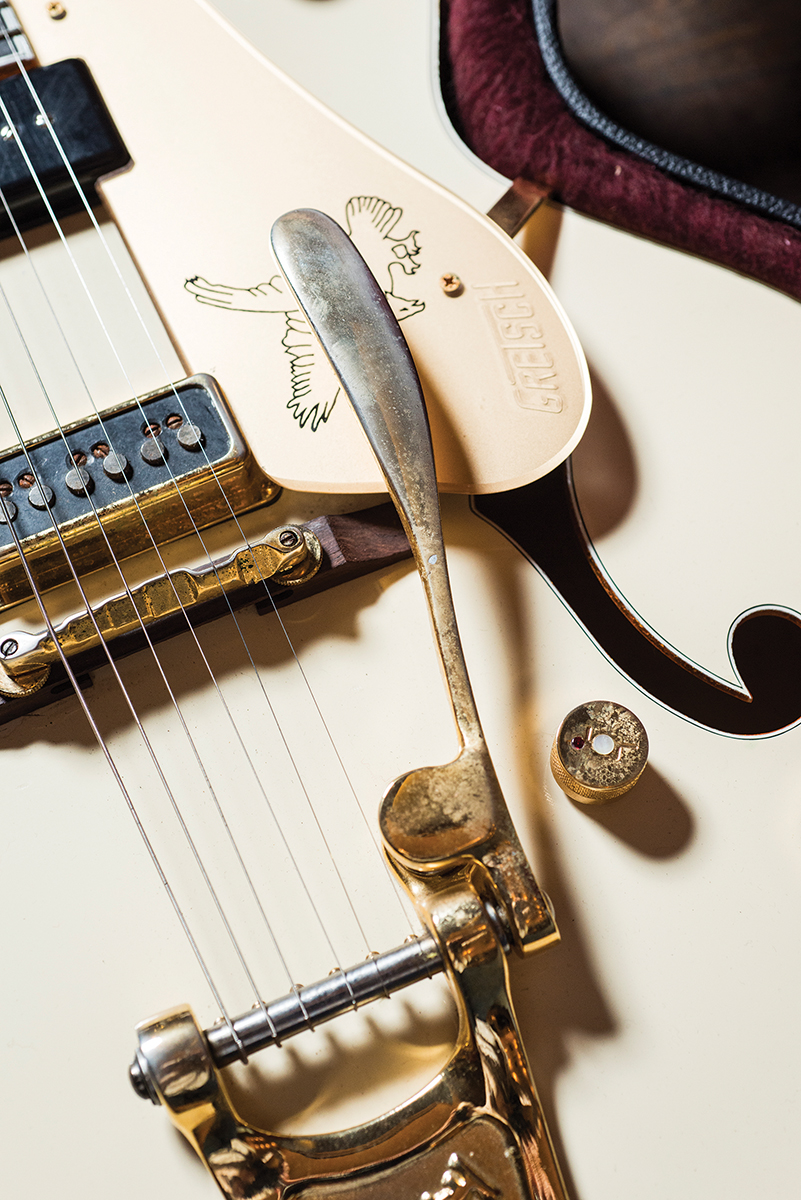 Rather than swapping copious amps and effects in and out as many players tend to do, Higham was able to obtain wildly differing sounds with the imaginative use of microphone combinations on his trusty Peavey Delta Blues combo.

Just compare the smooth and round tone of When You Smile with the more abrasive rasp evident throughout And The Angles Cried: both are perfectly suited to the vibe of the track in question yet intrinsically are poles apart.

“We had three mics on the amp for this album, something I’d not done before.” He tells us. “We had a Neumann, a [Shure] SM57 and one of those big, old condenser mics, and they all sounded so different from each other. On certain songs Graham would suggest we blended them in one way and then on others we’d blend them in another way, and that’s how we got the different tones. I’m very happy with the overall sound we got.” 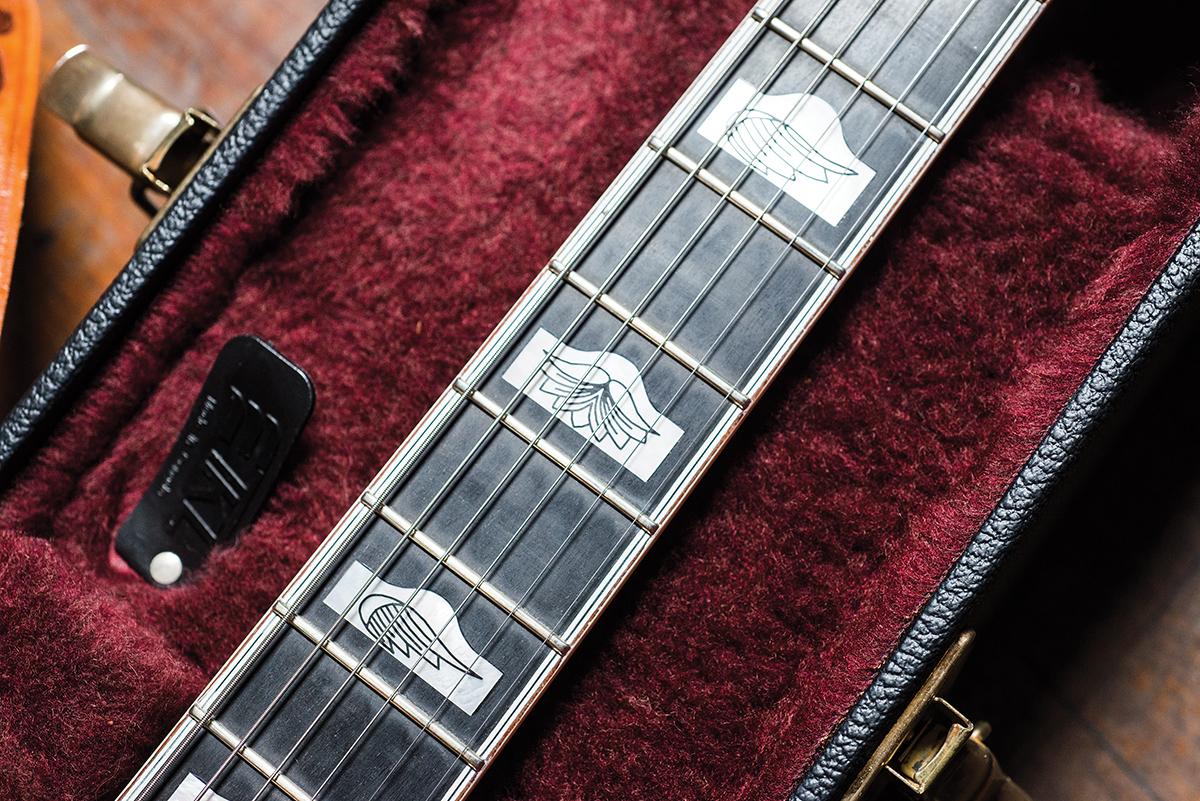 Interestingly, and contrary to our assumptions, Higham didn’t use any effects during the recording of his parts; everything was added post-production.

“I don’t have any delay or echo on while I’m playing to the track; I just find it gets in the way.” He tells us. “I always get a bit picky about echo because sometimes when you’ve finished a song you might hear something you’re not happy with, so you change it and, all of a sudden, that echoey guitar might not work.

We did have that problem with And The Angels Cried because I’d recorded the lead guitar with echo but, after I’d made a few changes, it no longer worked so I had to go in and do it again, dry.” 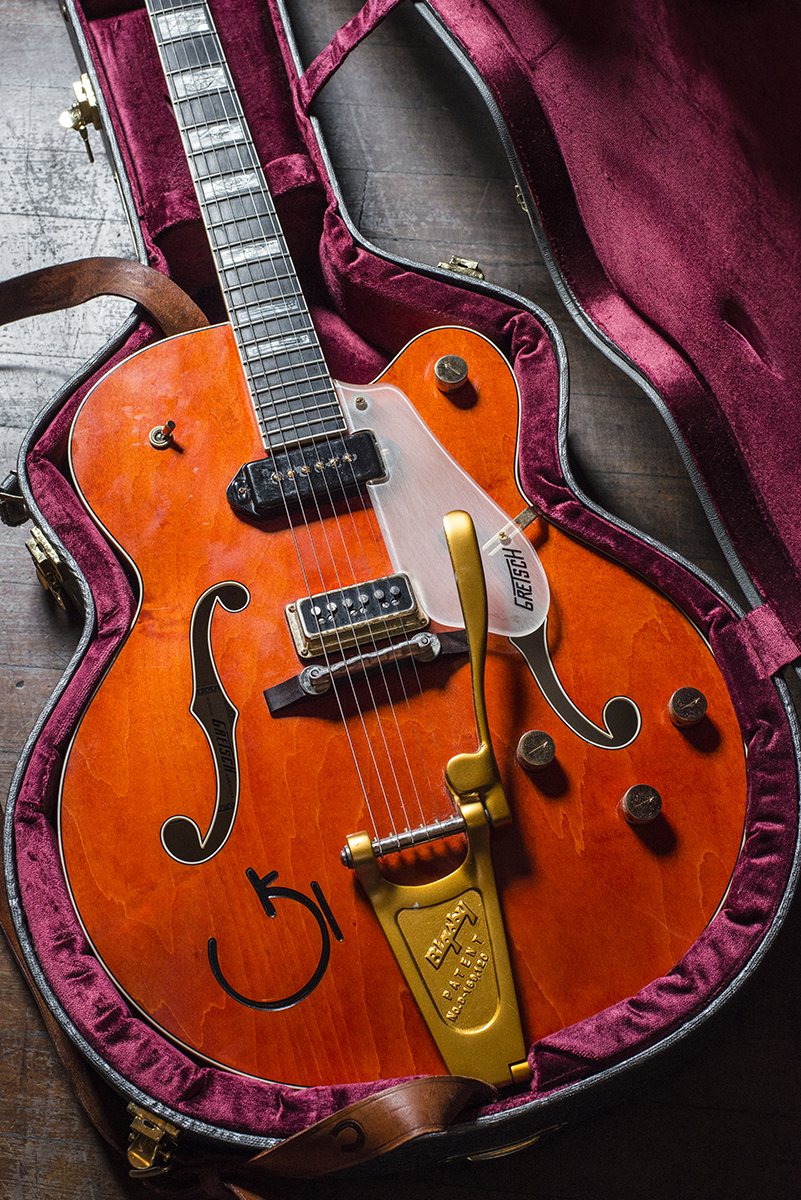 As well as the original songs, it wouldn’t be a proper rockabilly album without at least a couple of covers on it, and one of the ones Darrel choose for Hell’s Hotel is the joyously bouncy In Summer – originally released in July 1963 by the great Billy Fury.

“I’ve been a huge fan for as long as I can remember.” He explains. “Of course, he died in about 1983 [Fury died 28 January 1983, at the age of 42], so I never got a chance to see him live but I’ve always loved the Sound Of Fury album [released in 1960], which I consider to be the greatest British rockabilly album ever made. 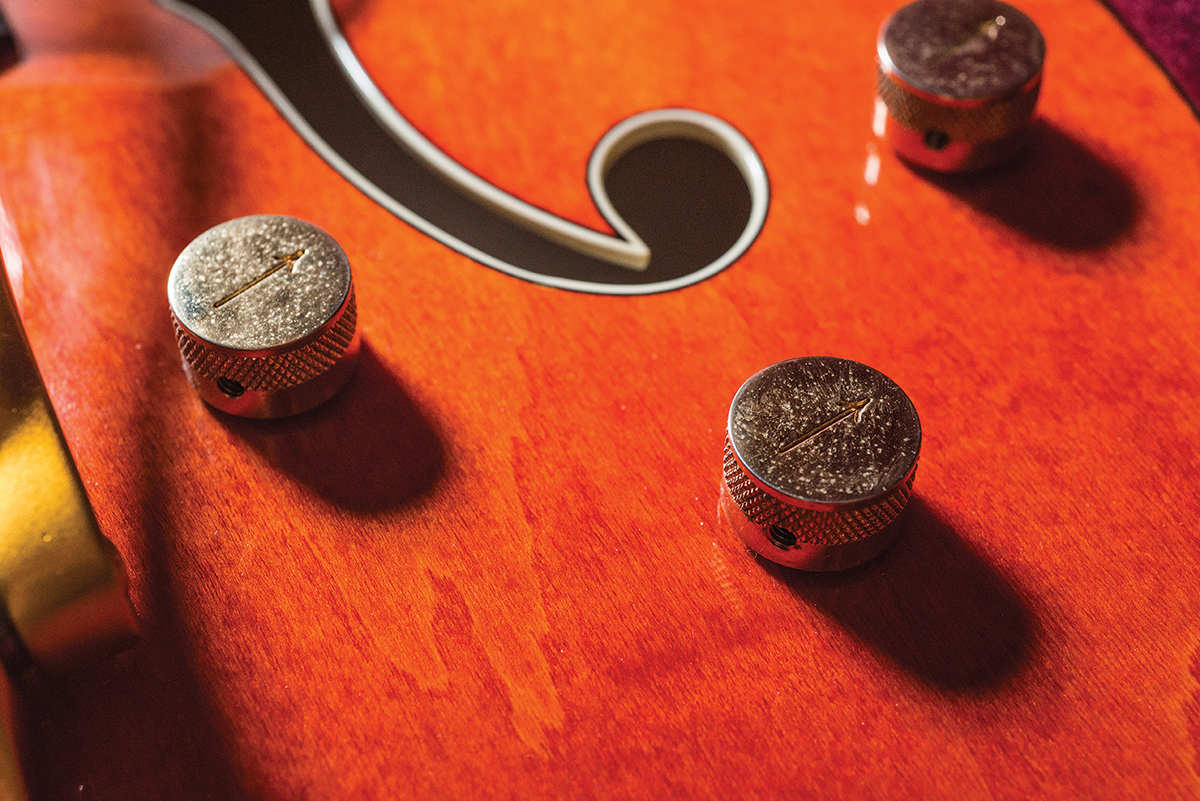 In Summer is so happy and upbeat, just a perfect pop song for that era. I listened to it again and imagined how Eddie Cochran might have done it and, once you get an idea, it becomes very easy.

“I actually played bass on that track and while I’m no bass player by any stretch, I can do the Cochran thing and once that strong bass thing was on there, everything fell into place.” He expands.

“I have this Fender copy in the studio, a horrible thing, and I think we put it through a Zoom bass pedal. I played it with a pick – you have to play it with a pick – and it has to be rigid and stay like that throughout the entire song; that’s how you get that groove.

Another cover, Bill Allen’s, Please Give Me Something, originally released in 1958, features a vocal from none other than Robert Plant – we’re intrigued as to how that team-up came about… 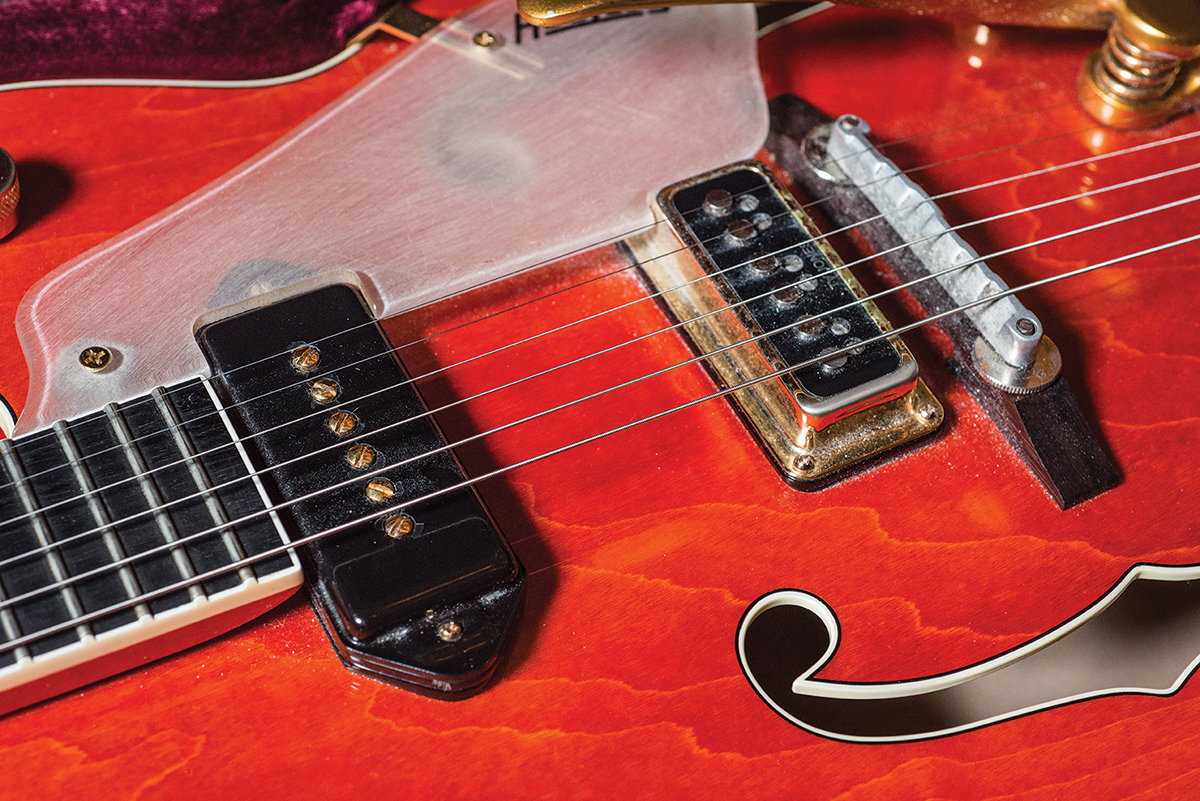 “Robert got my number from Jeff Beck, I think. We got talking and he’s a big fan of rockabilly, and we just kept in touch,” Darrel explains.

“When I knew that I was going to be recording a solo album, I thought it would be nice to have some guests appear on it, so I thought I’d just ask him, and if he’d have said no then that’d be fine. But he got back to me more or less straight away and then it was a matter of trying to find a song.

Please Give Me Something is a rockabilly classic and I knew that it would suit him down to the ground. He knew the song, of course, and he came into Embassy, sang it twice and it was done. It was absolutely incredible.”

Know Your Limiter
Working with an icon like Plant was a learning experience for Darrel and Graham – after all he’s been at this game for quite some time, and he knows what he’s doing.

“He walked into the vocal room and said to Graham: ‘I want this particular echo, this compression,’” Higham says with a smile. “He knew the timings of the delays down to the millisecond and the exact settings of the compression he wanted. Now, Graham is usually a most unflappable and professional engineer – he’s worked with everybody – but I remember watching his hand as he reached over to the dial on the compressor, and it shook just a little bit! And I thought that was wonderful!”

As our interview comes to an end, we ask for his general advice on performing live and how he gets the dynamics in there.

“I’ve always been able to alter the (guitar) sound, probably because I’ve been doing it so long, and when I sing I automatically play quieter. The DeArmonds really ping out the top strings so when you go into a solo they’re naturally louder than the bass strings, which is really handy: it’s almost like a built-in volume control.

“As a rule I try and keep it as simple as I can, which is one of the things that I learned from listening to Eddie Cochran records. Everything he did was very economical, but it’s the song that’s the most important thing; that’s what has to connect with an audience. I like to keep things as simple as I can and I just want it to be a really entertaining
rock ’n’ roll show.”