Interview: Daughter – How Not To Disappear Completely

London trio Daughter released the follow-up to their critically lauded debut album If You Leave in January. G&B met guitarist Igor Haefeli to find out how they went about making something even better… 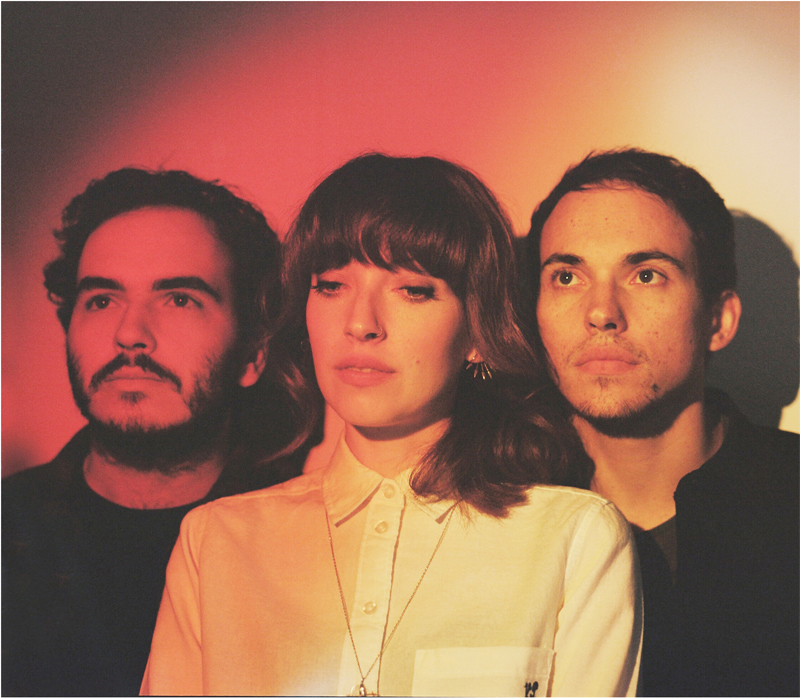 How do you follow a stunning debut album awash with tales of shuddering heartbreak, majestic widescreen soundscapes and fine guitar interplay that elevated you overnight from bedsit demos to a position as one of the most cherished indie bands in the nation? Do it again. Only bigger, bolder, more heart-rending and in the case of Daughter’s second album, the sublime Not To Disappear, better.

Three years on from the release of the silver-selling If You Leave, which spawned the breakthrough singles Youth and Human, the London three-piece, built around the romantic and musical relationship between vocalist Elena Tonra and Swiss-born guitarist Igor Haefeli, flew out to New York to start work on the follow-up.

While that first record was a coruscating treasure, adorned with glacial clean guitar sounds, oceans of reverb and Tonra’s frank explorations of love and loss, the follow-up is a giant, ambitious stride forward. Across its 10 tracks, the young band display an exhilarating mastery of dynamics and composition – not least on the affecting Doing The Right Thing, written about Tonra’s grandmother’s battle with Alzheimer’s.

A strident, bombastic mood is set by opening track New Ways, with Haefeli’s Gibson Les Paul scything through the dreamy ambient wash in glorious fashion. The guitarist confirms it was a conscious decision to open the record with such a statement of intent.

“New Ways was the first track we wrote for the album and straightaway felt like the track that should open it,” he says. “It starts fairly calmly and then there’s that big instrumental section. I quite like the surprise of it.

“I’m really happy with the album, and what people seem to have taken from it is that it’s more confident and more layered, but I still hope that it can also move people in the same way that If You Leave did. We didn’t want to do the same thing as our first record, and I’m really glad people have picked that up. It’s the happiest I’ve ever been with anything we’ve done. It’s quite hard to take a step back, and when you’re in the depths of making the album you hear every little thing that no one else can hear. 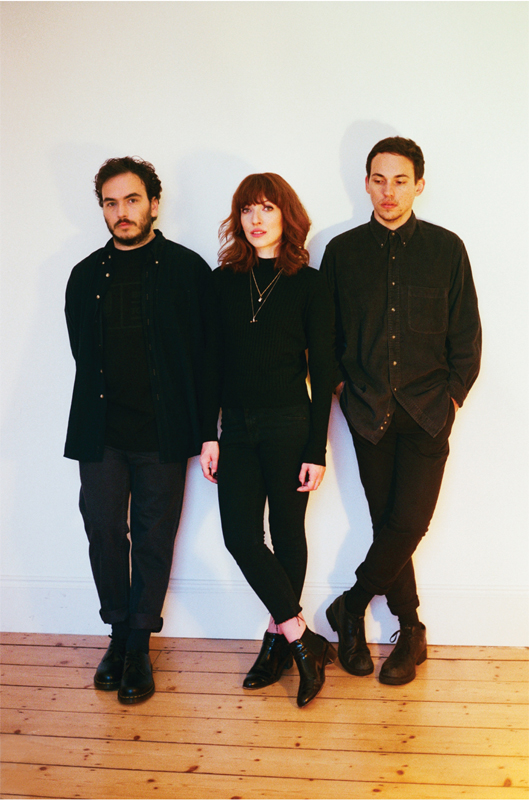 “It felt like the right time and Elena had some aggression to put into the songs from a writing perspective. Just from playing gigs a lot, even the songs from If You Leave got a little louder and a little more rocky and we wanted to bring that to the record.”

“When we spoke to him, we felt we were on the same page about what we wanted to achieve with the record and the way he likes to approach making a record,” says Haefeli.

“We kicked it off at the start of 2014 and went until April this year, and then went to New York for two months to work with Nicolas. We had a really good sense of where the songs were at because of how long we’d been working on them. We had pretty strong demos already, so a lot of it was about transferring those ideas over to the master sessions. For two months, we went at it in that way and ended up re-recording most of what we had.

“The way we work, we’ll generally have too much and then start stripping it down, and things still change until halfway through mixing. It’s never a finished thing until we have to deliver it. This time round, we just kept a bit more, because it just felt right.”

Daughter met in 2010 while they were fellow students at the Institute Of Contemporary Music in London, where Tonra – born to Irish-Italian parents – grew up. She had been performing solo, playing songs on an acoustic guitar and Haefeli’s clever, expansive guitar work, jazz education and mastery of delay and reverb made for a natural fit.

After releasing a couple of home-recorded EPs via the Communion label formed by Mumford & Sons’ Ben Lovett they signed to 4AD, and things have moved at pace since then. Haefeli’s playing, too, has been on an evolutionary journey, and like many of the current crop of guitarists in alternative rock, he cites Radiohead’s Jonny Greenwood as a formative influence.

“When I was about 14, I was more into punk and playing a lot of powerchords,” he admits. “Then I got into electronic music growing up, because there was a lot of that in the small city I was growing up in, in Switzerland, and that brought me towards bands who were trying to mix the both, like Radiohead, and I got into artists like Björk. I went to a jazz conservatory for an hour a week for about a year. I wasn’t necessarily any good at it, but it brought a bit of theory and mindfulness about what’s going on in a song.”

When it comes to live guitars, Daughter keep things pretty simple, with Tonra sticking mainly to her Cabronita Telecaster, and Haefeli using his Gibson Les Paul Standard. However, he’s in danger of losing another of his Les Pauls to his bandmate:

“The two guitars I use the most are a Les Paul Standard from the early 2000s that I bought second-hand in Chicago and a Fender Pawn Shop Mustang Special, which I like because you can split the coils, so it’s humbuckers but they have the coils split just above each one of them,” he says.

“You can get a great variety of sounds from that guitar, and it’s nice to play too. Elena uses mainly a Telecaster Cabronita, the reissue version. She has a Tele Deluxe for a few songs, and she keeps on stealing my Les Paul Special with the P-90s in, which she really likes – she uses it more than I do now!” 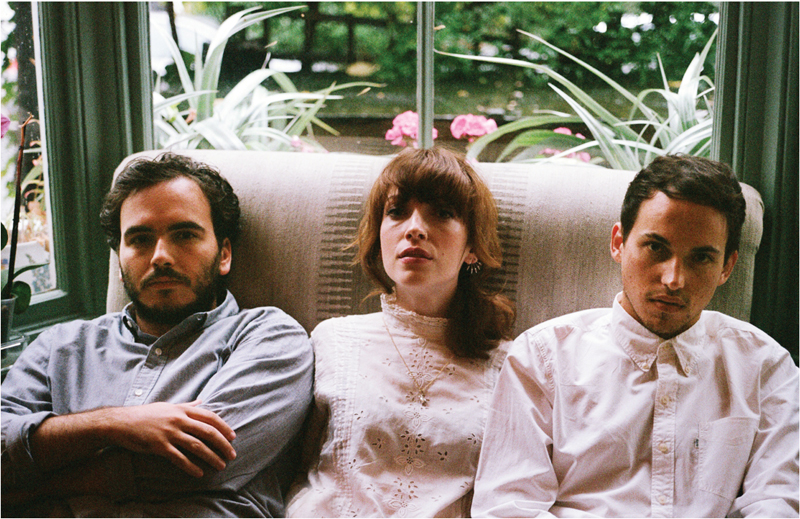 A vast guitar sound such as Haefeli’s calls for an equally sizable pedalboard, and he admits he’s something of a stompbox magpie: “When I started getting into effects that was a big game-changer for me because I realised with delay and reverb I could almost make melodies that were not necessarily there, with all the harmonics and the little magic that happens within reverberation and delay.

“For a really long time I was just using multi-effects, and it was only when I moved to London that I started buying single pedals and assembling a collection. I keep on buying them and I haven’t sold one! I have a lot of surplus and I keep telling myself I need to put them on eBay, but it’s hard for me!

“Some of the ones I still have on my live pedalboard are the first pedals I bought. One that I bought really early on was the Boss Blues Driver with the Keeley mod, and I still have that on my board. I use that a lot for the bowed sound and a lot of the more heavily distorted stuff. I use a [Roland] JC-120 on stage, and brought that to the studio for the album too, one of the newer ones with a stereo effects loop. And then we bypassed the preamp and used a Chandler TG2, the EMI reissue preamps. We’d output the preamp to the effects loop of the JC-120 because it can get quite noisy and hissy. We had an amazing clean sound.

“As a producer, I really like to have choices of different amps and sounds readily available. We had a complex system and used a lot of different stuff, like this old Laney head, an old Ampeg Gemini II, a Reverbrocket, an old Vox… just depending on the song, we’d run through different amps and decide what was best.

“I use the JC-120 live, and for a while was splitting to a Twin too, which was off stage, but I’ve been trying to simplify that set-up because there’s stereo mics on the JC-120 and then a stereo DI as well, and then the Twin, so it was five channels and too many variables! 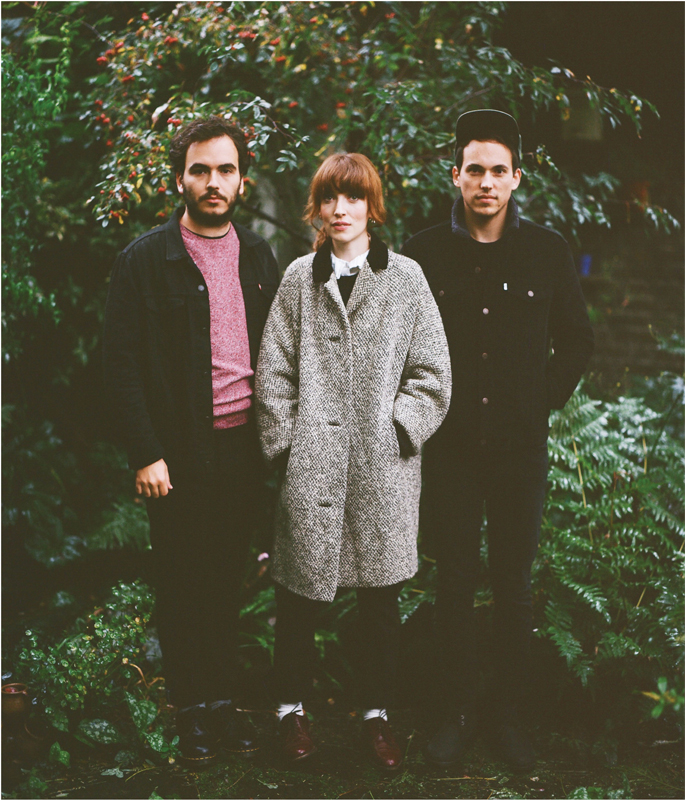 “I really enjoy just using the power amp and speakers in the JC, so I got one of the Audio Kitchen The Big Trees – a pedal which is a tube preamp that’s absolutely brilliant and has two channels on it – just using that as my preamp in between all my dirt pedals and my boost and delays and reverbs.

“I use the Memory Man with Hazarai for mostly reverse, because I think nothing else does the reverse delay as well as that, then a Strymon TimeLine and the Brigadier as well, then the Eventide Space reverb. I’m really happy with the Space, it’s brilliant.”

Haefeli credits a short North American tour in 2013 as support to indie-rock veterans The National – with whom they’ll again share a billing at July’s Latitude Festival in Suffolk – as a valuable experience in honing the band’s on-stage approach: “I think for us, seeing them play every night was a real lesson in terms of having a great body of work from different albums that work well together, yet have differences, and for people to be able to recognise from which albums they are, and just bring something to the stage that people love and is musically really interesting.

“In that sense, I’d say they really influenced us. They’re a good example of something to strive for.”

The flipside to producing an album so ambitious in scale and musicality is, of course, the challenge of recreating it live. When G&B was invited to watch Daughter in the intimate converted-church confines of Bristol’s Trinity Centre back in November, they were taking tentative first steps with their newly expanded sound. The willowy, shy Tonra was apologetic for their rustiness, but by the time of their 6 Music Festival show in February, we witness a formidable force.

The singer gently picks out beatific patterns on her Cabronita Telecaster and Haefeli, one of the most inventive players in indie music today, wrings mayhem and majesty from a sonic toolkit stocked with the finest drive, delay, reverb, tremolo and octave effects, and takes a cello bow to his Les Paul Standard. We ask the guitarist whether it was a daunting experience. “To an extent,” he replies. “We work really hard at trying to bring it to the stage.

“It’s quite funny because for If You Leave we worked out our set-up and got a fourth musician, who we still have for this record, and got everything sorted. I felt confident that it would be a lot easier for the second record to bring that to the stage, but I found it a real struggle at first because we really pushed ourselves sonically.

We used the software we were using as an instrument, and the studio is a context where we liberated ourselves from the constraints of playing live. We don’t use backing tracks, but sometimes we trigger loops and they’re human-triggered, so if there’s any mistakes or improv in the spur of the moment, that can happen.

“There’s nothing worse than seeing a band that are really great on record and the sonic identity is really part of the band, and then not find that on stage. I think that’s really underwhelming and I’d rather not be that band, so we work really hard.”

Daughter’s album Not To Disappear is out now on 4AD. They play Glastonbury Festival from 22-26 June and Latitude Festival from 14-17 July