With his leonine locks, Jared James Nichols could be a mane attraction as he tours with Glenn Hughes this autumn. We chat to him about Les Pauls, Lynyrd Skynyrd and his new album. 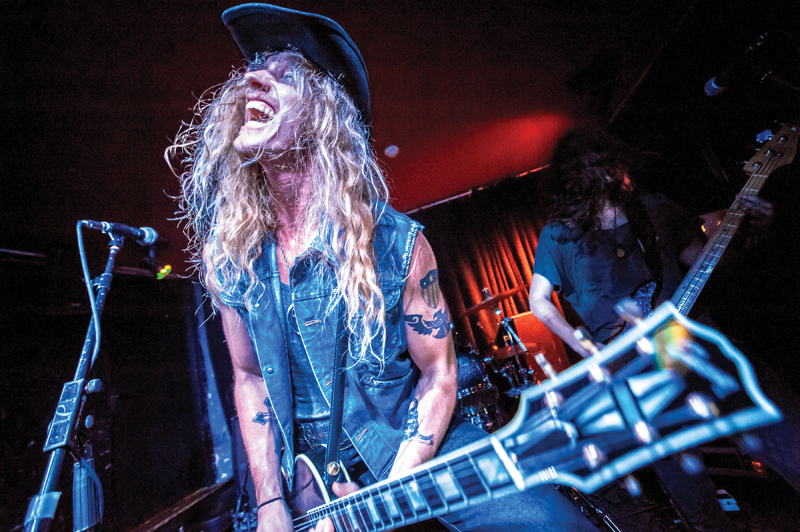 Blues-rock is a difficult genre in which to stand out from the crowd these days – but the name of Jared James Nichols has already registered with some pretty important people. People such as Gary Rossington – who invited him to play on Sweet Home Alabama with Lynyrd Skynyrd when he opened for them in Germany, and Glenn Hughes – whom he’ll be supporting on a tour of Europe from mid September through to November.

Wisconsin-born Nichols first picked up a guitar at the age of 14, practising for 12 hours a day as a teenager, and by the age of 21 he had played more than 500 gigs. He added a number of Musicians Institute honours to his CV, including winning the 2010 Jerry Horton competition and 2011’s Les Paul Tribute and Outstanding Guitarist titles. He met his two-man rhythm section, both Swedes, on the day he arrived in Los Angeles and released his debut Live At The Viper Room EP in 2012. Nichols has also recorded with Hendrix studio engineer Eddie Kramer – another great learning experience for the 26-year-old – and has opened for ZZ Top.

Playing through a cranked-up Blackstar, with no pedals and no pick, Nichols makes a virtue of his rawness. It’s a long way from the days when his mother used to drive him to jam sessions, but he’s eager to make his mark in a highly competitive field. Nichols this year unleashed a new album, recorded with Aerosmith engineer Warren Huart – Old Glory And The Wild Revival, which was initially released as an EP in 2013.

You were born in the same city as Les Paul…

“Yes, I grew up 20 minutes away from Waukesha. Believe it or not, my grandpa played drums in a polka band in the same town and knew Les Paul in the late 40s, early 50s. The funny thing, too, is where I was raised is literally one minute away from Alpine Valley, where Stevie [Ray Vaughan] played his last concert [in August 1990]. It’s got a whole weird vibe over there, you know…”

We noticed the Stevie guitar strap…

“I was playing with a black Fender leather strap and, during long tours, it was ‘Pull the guitar out, get crazy, put the guitar back in the case’. Things start smelling after about 70 shows. My friend said ‘Take this one’; I started using it, and it’s pretty cool. Maybe it’s a little tribute!”

With guitars, is it Gibson all the way?

“It used to be Fenders all the way, but since I started doing the trio thing, the sound I’m trying to go for is a thicker, more throaty tone. That’s why the past two years it’s been all about P-90s. What I’ve been doing is getting dog-ears or soapbars from the 50s and putting them in my guitars. There’s something magical about that pickup. Yeah, it’s loud and it buzzes, but when it’s on it’s on. In all the recordings I’ve been doing, I’ve been using the P-90, and I just love it. They’re so individual-sounding.” 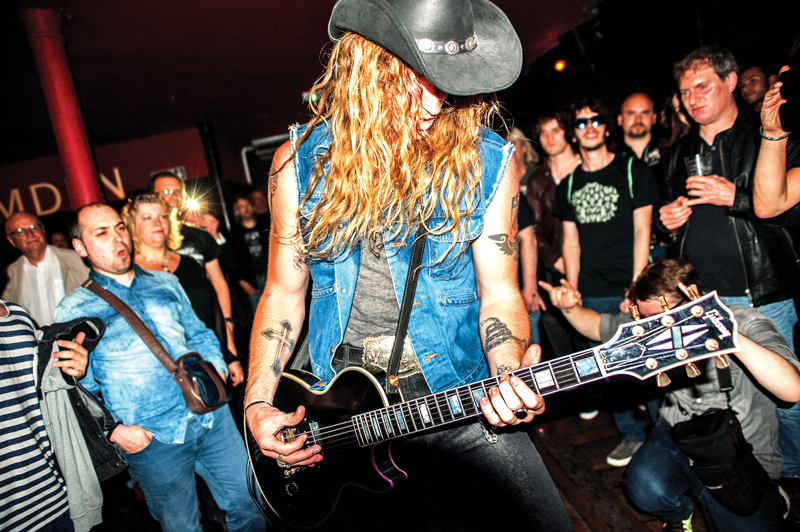 What’s your number one guitar?

“A 2010 Custom Shop LP single-pickup with a 1956 dog-ear from my Junior. It has the dog-ear and the harness, all off one guitar. I paid 500 bucks for it. It’s got the huge 50s neck, volume and tone, and I play it – if you can believe – in D standard with 12-54s. That’s because of the way it feels. I used to use 10s and standard, but when you tune down a whole step… I use 12s for added tension, not to try and say I play the heaviest strings in the world.

“I also have a mid-90s Les Paul Junior with a custom Seymour Duncan humbucker, which is based on a Pearly Gates. This one, too, has a big, thick neck. The difference on this guitar is it vibrates better because it has almost no finish. It’s not pretty and it’s not expensive, it’s literally a piece of wood with a pickup and strings on it. This one, too, I run 12s on and D standard.”

Who would you cite as a prime influence?

“My biggest hero is Leslie West. Listening to those old recordings, especially that golden-age Mountain stuff, that’s where I want to go, especially live – the huge, huge guitar tone.”

What’s the difference between supporting a big band and playing your own shows?

“The venues. The last tour with Skynyrd, they were playing to 6-8,000 people a night, but in our club tour we were playing to 200 a night. But I feel I need to be playing as an opening act ’cos it’s going to help me get a new audience. When we play the clubs, the cool thing is it’s so intimate and so in-your-face that if they weren’t a fan and didn’t get it before the show they totally get it after. It’s different every time.” 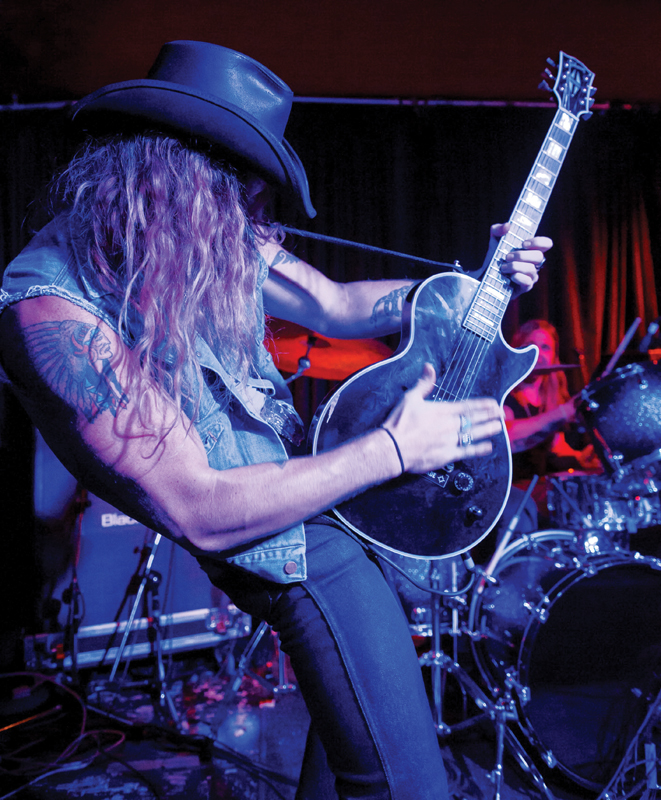 “Oh man! I would have to say – especially for the next tour, because we’ll only have 45 minutes to give it all we got – Haywire and Crazy. They’re a little bit in your face and, for me, it’s all about energy, especially if you’re playing live. If someone’s going to see me play, expect a high-energy rocking show. I don’t want to just shred guitar… it’s more about showing people that great blues and blues-rock still exists, and not just from 30 years ago, but today.”

Your album of originals ends with a blues classic…

“We were finishing the record and I was sitting there with a Dobro, and Warren (Huart, Aerosmith engineer), who helped on the record, said ‘Hey, you should record that’. So we threw up a microphone… Come On In My Kitchen was one of the first traditional blues songs I ever heard, the Robert Johnson version, and it has always struck a chord with me. Although we’re stretching out, trying to create our own sound, it all comes back to the blues.”

Began life as a five-song demo, then Jared hooked up with Eddie Kramer to cut more. The result, on French label Listenable, is explosive.

The collectable three-track live EP that started the buzz – but with two of the songs tacked onto the album, don’t spend your life savings on it!