Tipped as the next big thing in contemporary blues-rock, JD Simo talks to Guitar & Bass about recording his latest album, learning from Bonamassa and the guitar that changed his life. 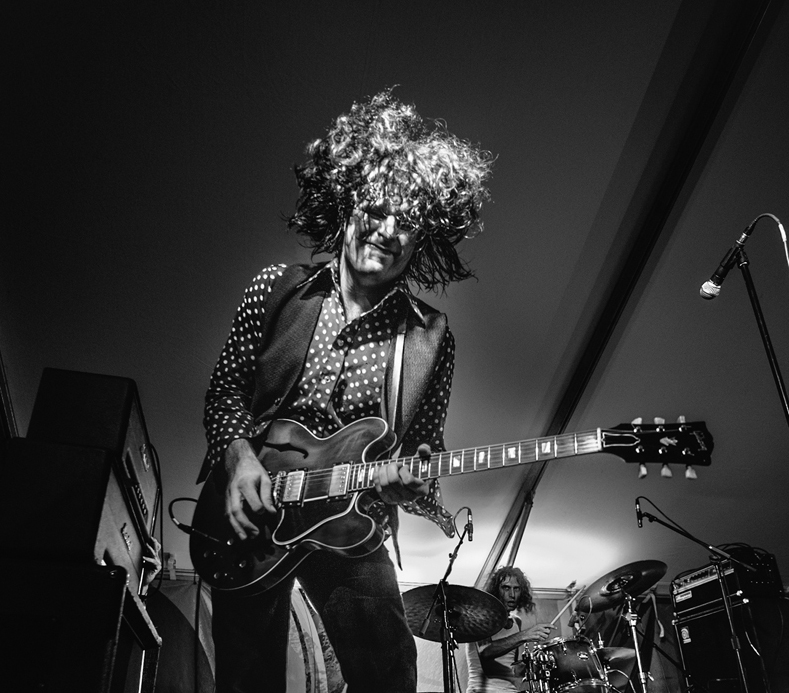 JD Simo is the kind of guitarist you would enjoy recommending to your muso buddies. An advocate of all things vintage as well as a talented bluesman, he is charismatic and yet just enough of an outsider to make him a find. However, as soon as you put on his band’s latest album, Let Love Show The Way, or better still check him out live, your outside tip will quickly become a sure bet.

It may take a couple of minutes – after all, Simo is a seasoned session player based in Nashville, who dishes out measured licks and soulful runs, rather than flashy chops. He leaves room to deliver his killer bends and pauses before hitting the high notes.

But when the penny drops – usually as he holds a doublestop bend with his expressive vibrato – that’s when your compadres will turn to you and gently nod their heads in approval. If you’re listening to the new album, it should take roughly one minute and 10 seconds.

His mentor, Joe Bonamassa, was a little quicker off the mark. He spotted the Chicago-raised guitarist and wasted no time in pitching him to the Mascot Label Group, proclaiming Simo was “one of the best out there”. It was a recommendation that carried weight.

“He’s one of my best friends on the planet,” says Simo, whose physical appearance lies somewhere between Jim Morrison and Dr Who. “He’s like an older brother to me. I couldn’t have more respect for him as a person, a musician or an artist. I love him. He’s opened the door for me – I couldn’t be more grateful.”

As well as bringing him to the attention of his new record label, Bonamassa has also invited Simo to appear on stage with him. It was a complete and comprehensive endorsement by today’s undisputed blues trailblazer.

Simo and his namesake group had all their stars aligned and were poised to make a follow-up to their self-titled 2012 debut album. But in inexorable style, Simo rethought the plan and went back to basics to make the most of the opportunity.

Years working as a session player had seen Simo rack up plenty of hours behind glass, and for this sonic exploration he decided to ditch the studio and record his latest offering on location, live. “That’s how we like to work,” he explains. “There are no edits on the record. The vocals are live. If there is an overdub, I try to make it obvious. We’re all in the same room together, we’re trying to capture a good performance rather than assemble one.”

The idea was to cut some bonus tracks to supplement material that had already been recorded, and to make life interesting the band decamped to the hallowed turf of the communal home of The Allman Brothers Band in Macon, Georgia, which is now run as a museum. As if the surroundings weren’t enough, Simo also played Duane Allman’s 1957 Les Paul Goldtop during the live takes.

In July 2015, Let Love Show The Way was laid down in a flurry of fiery jams and extended grooves at the legendary Big House. “It was a huge honour and thrill for us,” says Simo. “We went for two days and within an hour we had done what we needed to do.

We had all this extra time, so we recorded some songs we had just written, we re-recorded some stuff we had done already, we did some improvisations and some songs on the spot. We ended up with a lot of material.” So pleased was Simo with the takes, he decided to use the sessions as the basis for the release.

It had been an industrious 48 hours, helped in no small way by the legendary guitar that had been fundamental in creating the sound of the first two Allman Brothers albums and featured on Derek and the Dominos’ 1970 classic Layla. 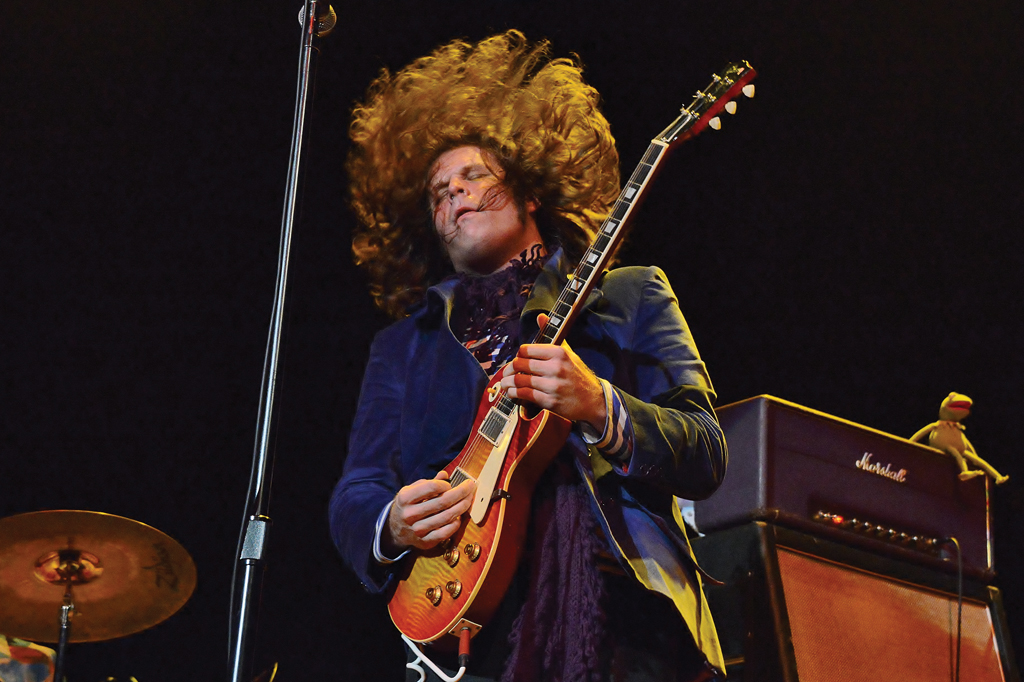 “It was a huge honour for me,” says Simo. “The gentleman who owns the guitar is a very good friend of mine. He’s been very gracious and has let me use it many times. I never got to meet Duane; he’s obviously a big hero of mine, so to be in his old house and playing his old guitar was as close as I’ll ever come to meeting him.”

An original 1957 Goldtop is the embodiment of inspiration, steeped in a potent bath of mojo and buffed up with a thick layer of verve, so playing one with the kind of history that Duane Allman’s has must have super-charged Simo’s already fizzing creative juices.

You can hear it on Let Love Show The Way, which gravitates between rock, blues and soul during 10 tracks and three bonus tunes – the energy and richness of the sessions are obvious.

As a self-confessed devotee of vintage gear, Simo was in his element, describing the fabled guitar as “stable”, needing little more than new strings and a couple of tweaks before the recording. “It was just about setting the action, checking the intonation real quick and tweaking the pickup height just a little bit; because everybody likes that a bit different,” he says.

The spirited results are a throwback to a time of musical freedom, and the unashamed grit of blues with rock, country and jazz flavours thrown in for good measure. The fact it was played out on the Layla guitar seems only right and fitting.

“I have a passion for vintage instruments, like people have passions for vintage cars or classic films,” says Simo. “I find it interesting; it’s a hobby. It’s not so much about the value, I just find it interesting. I’ve played instruments that were worth hundreds of thousands of dollars; and some were stupefying great, there were ones that were good and some weren’t that great. But when you get your hands on a vintage instrument that is truly great, there is nothing like it. There’s something about it that is very special and very unique, it is inspiring. You can’t unhear something. Once you hear it, you want to hear it all the time.”

Simo’s retro set-up for the album also extended to his amps, which consisted of a 1969 100-watt Marshall Plexi and early 1970s Traynor 1×12 with a distinctive reverb and tremolo. A couple of old wah pedals completed the line-up. “I’m a minimalist,” he explains.

“I am actually inspired more by limitations than by options. It’s about using the volume and the tone controls [on the guitar] and trying to play with dynamics. The organic, simple approach inspires me.”

Simo’s obsession with the tonal qualities of all things vintage has taken him on a journey that was partially concluded five years ago when he chanced upon a 50-year-old Gibson 335 in a blush of deep red. There was an affinity between musician and instrument that went further than merely tonal resonance, a fact recognised by Gibson, which is due to release a JD Simo signature ES-335 model.

Simo secured the original guitar in a deal that would not only change his life, but declutter it as well. “I’ll die with that one,” he says. “That thing changed my life. I am very indebted to that guitar because all of my friendships in the vintage guitar world all started with that guitar. I love it.”

He continues: “At the time, I had never played a truly great vintage guitar, so this was the guitar that changed it for me – it showed me how good an instrument could be. I had to have it, so I ended up selling pretty much everything I had that was worth anything. I spent more money on that guitar than I had spent on anything in my life. It was the greatest thing I ever did. I turned a bunch of stuff into one thing that I loved and still love.” 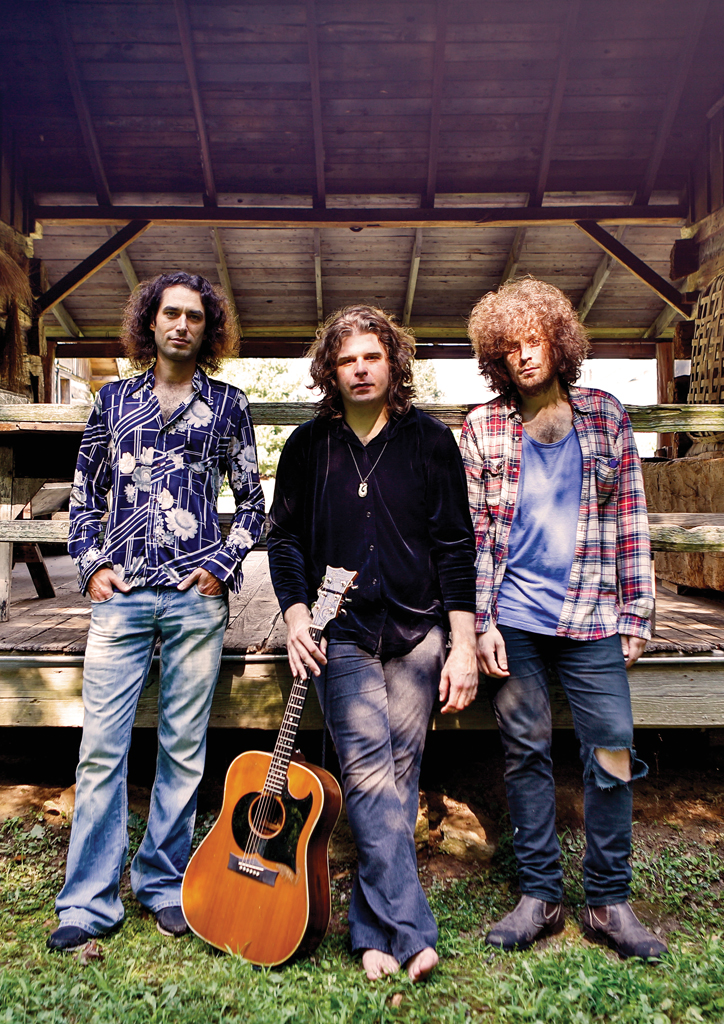 The deal relieved the then 24-year-old of $10,000. It was a serious investment, but one that created an unbreakable partnership that has paid off handsomely, spawning a growing following and a much-anticipated signature model. “That’s nuts,” he says. “It’s crazy and extremely exciting. I am extremely grateful.”

That’s a phrase you hear Simo say a lot. Affable and gracious, his modesty belies a considerable talent that he has honed since the age of four. His refreshing approach to music and life harks back to a freer time when guitar players plugged straight into their amps and recorded live.

He and his band are a throwback to the late 1960s and early 70s, when musical osmosis and exploration was commended and embraced. With a new album that is both refreshingly familiar and inspiringly uninhibited, Simo’s timing couldn’t be better. 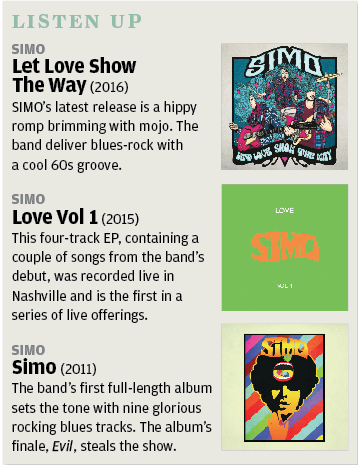