A ‘Keeper Of The Flame’ of true country music, Marty Stuart is the curator of countless artefacts from Nashville’s heyday and beyond including what he describes as the “greatest Telecaster in the world”… 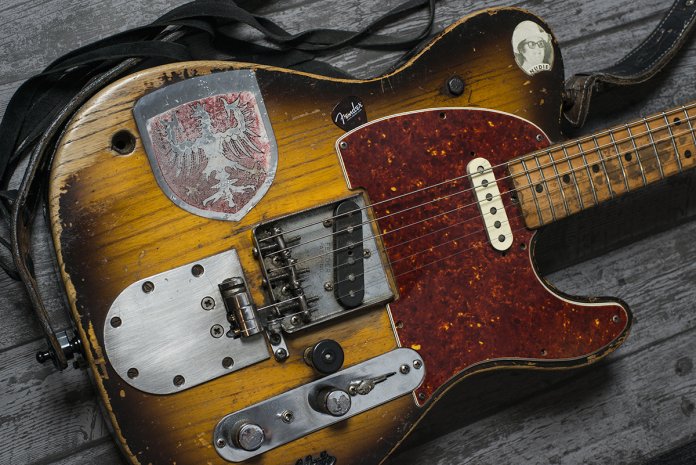 In a recent interview with our sister title, Country Music magazine, Nashville veteran Marty Stuart signed off with this epic paragraph: “I’ve done everything I set out to do. I have the girl of my dreams in my life.

“I’ve got some really cool-looking cowboy boots and the greatest Telecaster in the world. I’ve got a Cadillac that’s paid for and is really old, and 150 bucks in my pocket to put gas in it.”

The “girl of his dreams” is country icon Connie Smith, the woman Stuart fell in love with when he was just 12 years old, and later married. It was a personal high in a life that professionally saw him join country guitarist and mandolinist [and banjo icon Earl Scruggs compadre] Lester Flatt’s band at the age of 14, and later become Johnny Cash’s right hand man, co-composing The Man In Black’s final song Hangman. 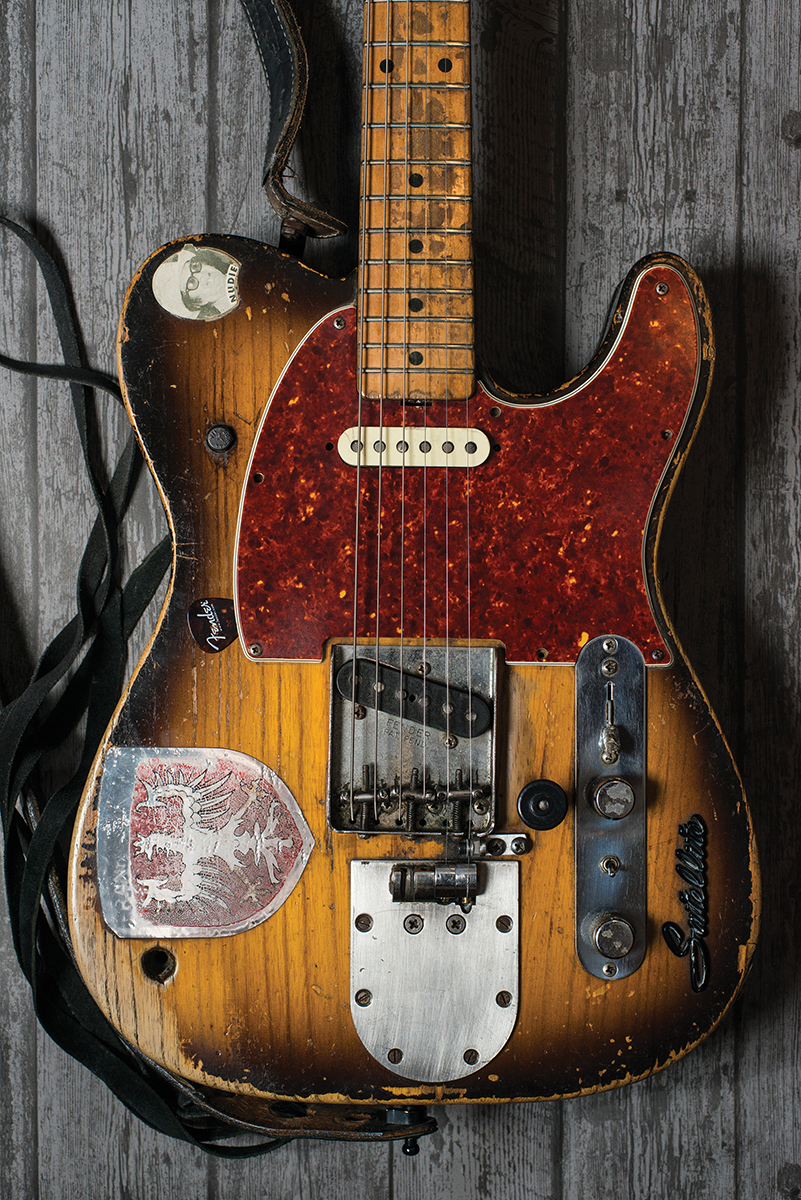 Most recently, Stuart has been celebrating the release of his new concept album Way Out West, made flesh with his band the Fabulous Superlatives, and produced by Tom Petty & The Heartbreakers guitarist Mike Campbell.

And, what of that “greatest Telecaster in the world” claim? Marty Stuart has long been known as ‘The Keeper of The Flame’ of real country music. An archivist and collector of country music relics, he took possession of late Kentucky Colonels and Byrds guitarist Clarence White’s heavily-modified 50s Telecaster in the early 80s. Built in collaboration with fellow Byrd Gene Parsons, the Tele is the first ever ‘pull-string’ or B-Bender guitar. 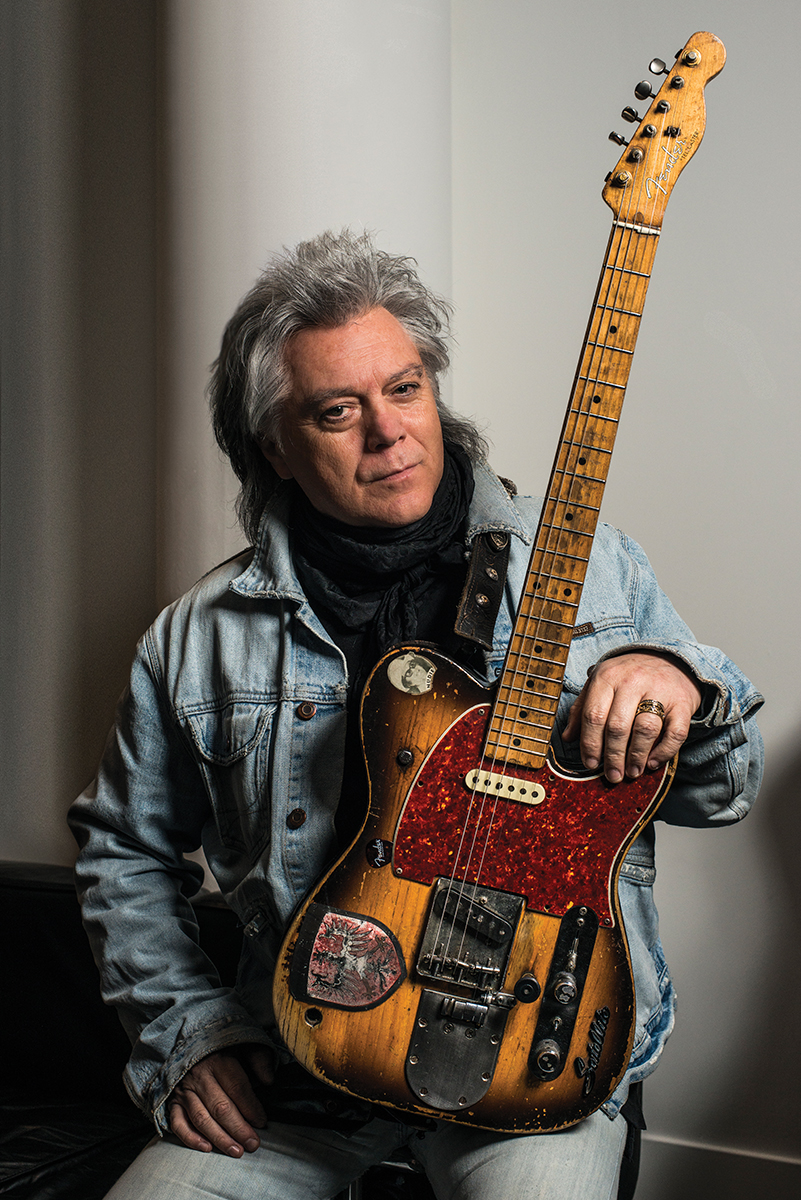 An exceptional bluegrass flat-picker turned Tele master, Clarence’s guitar had fallen silent after the guitarist’s death on 14 July 1973, when he was struck by a drunk driver while loading gear into his car at 2am in Palmdale, California. Marty Stuart takes up the story…

“Clarence’s wife Susie had moved back to her home state of Kentucky, maybe seven years after Clarence died,” he recalls. “I had just gone to work with Johnny Cash and Susie would come down to Nashville with her children on the weekends sometimes and spend time with Clarence’s brother, Roland. They were always like family, you know. Roland was the guy that got me my job with Lester Flatt. We’re still family to those people. 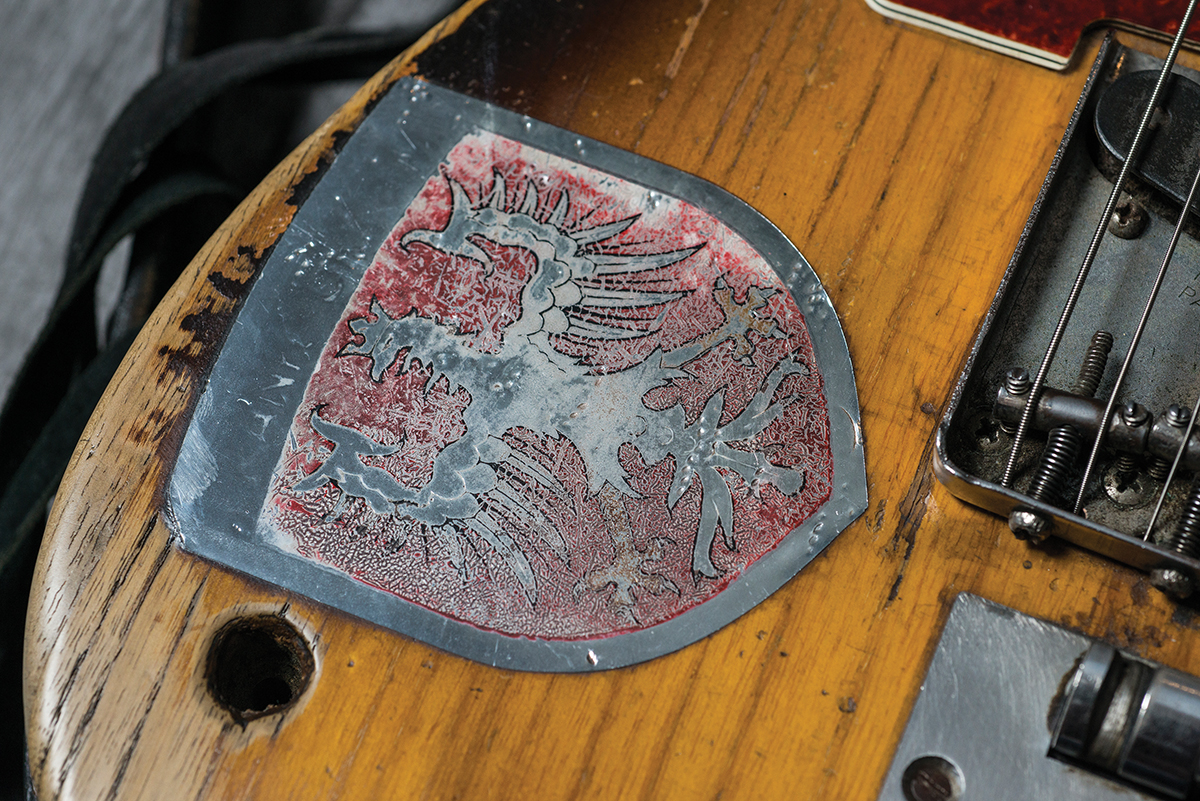 “So somewhere along the way, in the early part of the 1980s, Susie called me one night and said ‘I need to sell a few things. I wondered if you’d be interested?’ 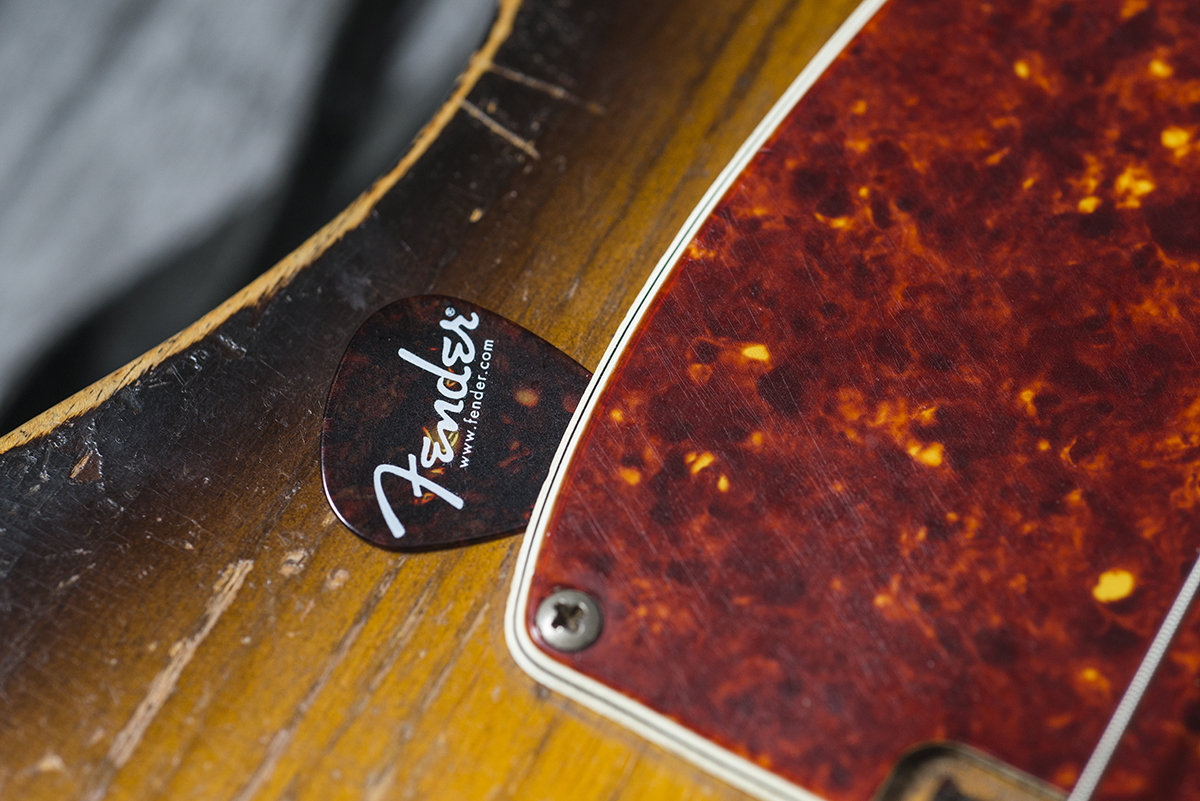 While Stuart was interested in the ’54 Strat and the Byrds stuff, he had another Clarence White artefact on his mind… “I said, ‘Is the pull-string here?’ She said, ‘That’s what you really want to see…’ and I said ‘Yep!’ She opened the case and there was like a string missing off it and I said ‘Oh man, look at that. There it is!’ I started playing it and just poking around. I didn’t have a clue what to feel other than it was like holding the ‘Grail’ of Telecaster guitars. You could put a thousand Telecasters in a row, I could close my eyes and tell you which one was ‘Clarence’. I’d dreamed about just touching it for so long. 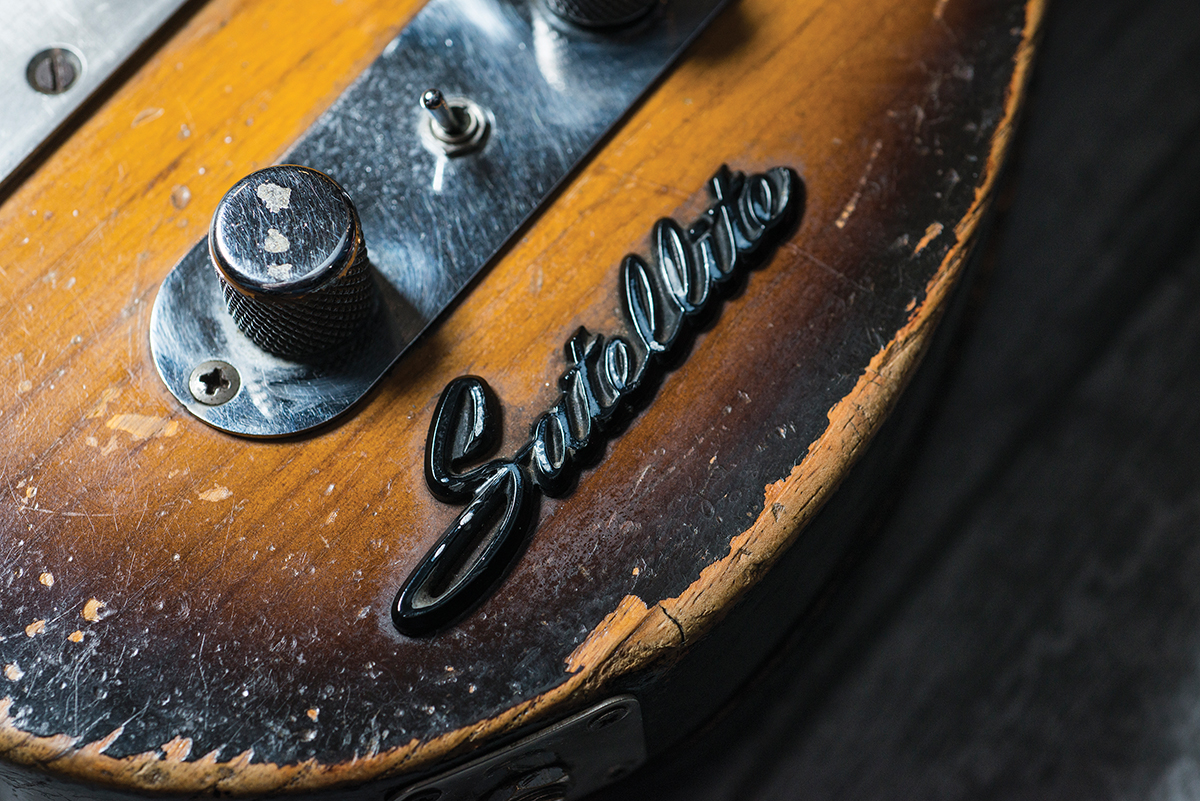 “Susie said, ‘That’s the guitar you really want, isn’t it?’ And I said, ‘Are you kidding!?’ I laid my chequebook on the table and said ‘Within reason, fill in any number you want to… and if I don’t have the money, my mom works at a bank!’”

After some deliberation, White came back with a price for him. “She said, ‘I want $1,450.’” White recalls “I said, ‘Susie, the E string on Clarence’s guitar is worth more than that.’ ‘I know what it’s worth,’ she replied. ‘I want you to have it. Clarence would’ve wanted you to have it. I know you’ll take care of it, and do the right thing with it’. 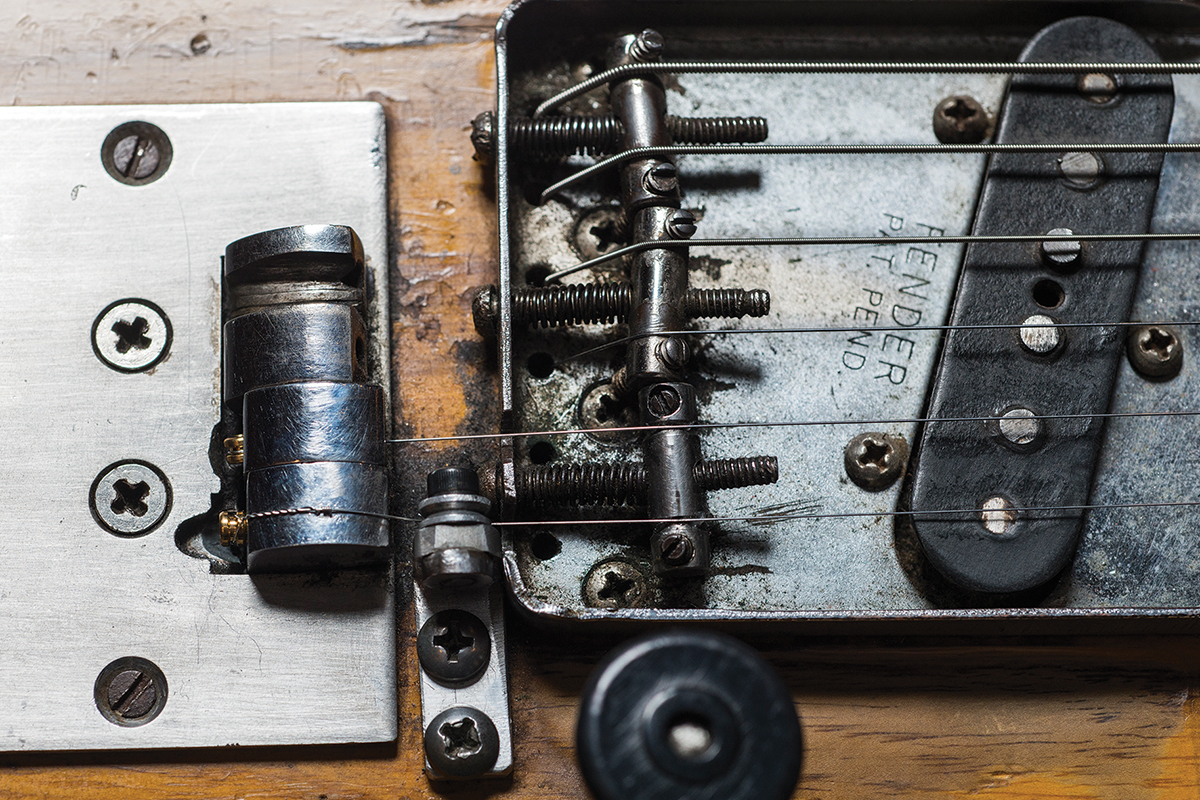 The guitar’s standout feature is the prototype ‘pull string’, or B-bender, which was the first of its kind on any guitar

“So, that’s how much she charged me and she hand wrote out a receipt… and from the beginning I felt a responsibility towards that guitar.” As it turned out, “Doing the right thing” has seen the Telecaster in constant service since – in the studio and on the road.

Stuart continues: “When I first got the guitar, the first time that I used it publicly was on a show called Saturday Night Live, playing behind Johnny Cash. I went down the street to a store in New York City called Manny’s, and bought a gigbag for it. Then I went to American Airlines and bought an Advantage number for it. I treated it with kid gloves. It flew in its own seat on planes and had Advantage miles. It’s been pampered since day one.” 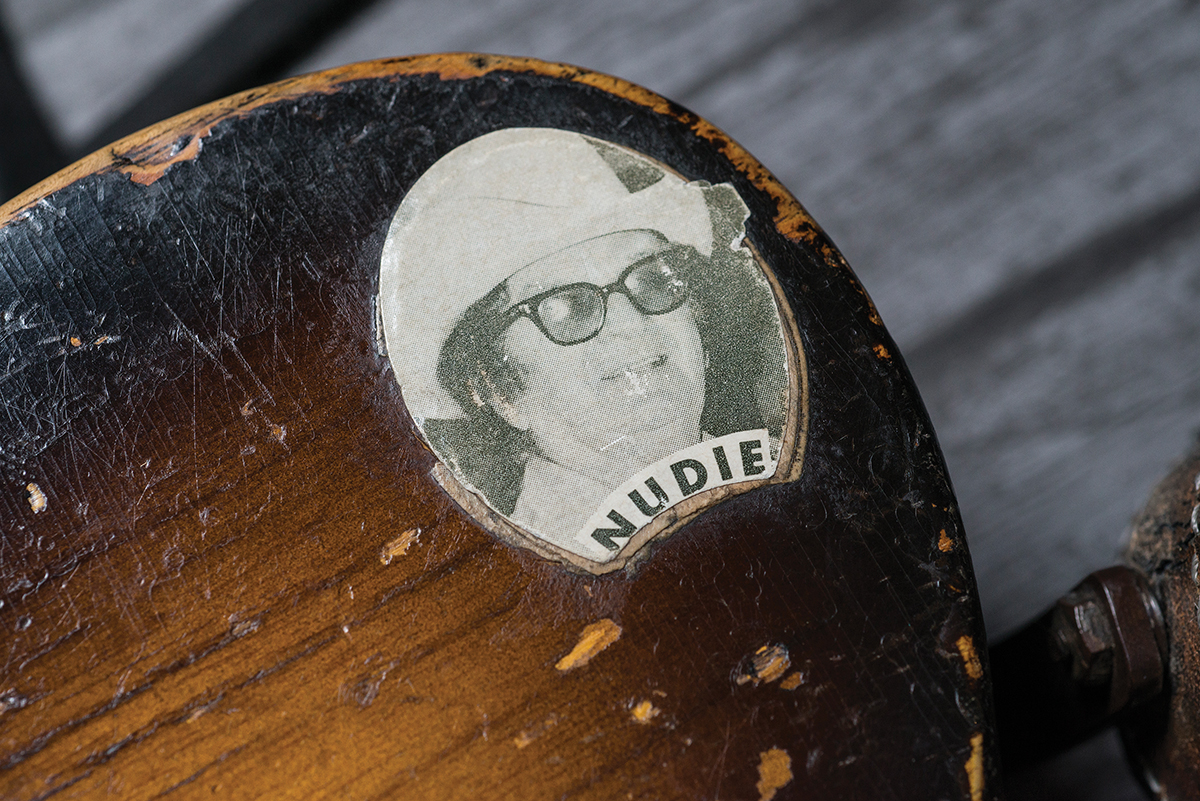 Clarence isn’t like any other Telecaster. For a start, the body is twice as thick as Leo Fender designed it [Stuart: “Is it heavy? About like a banjo. It’s not too bad.”]; the additional body depth covers the prototype B-Bender mechanism. In other news, the neck pickup has been replaced by a Strat unit with a white cover – likely from that ’54 – and at some point the bridge single coil was rewound by steel guitarist Red Rhodes, whose ‘Velvet Hammer’ pickups were popular with other country players including James Burton.

“I think the body is a ’54,” says Stuart. “Clarence had another neck made for it at Fender, in the late 60s or early 70s. It’s more of a V shape. We keep dressing the original frets. Although I think I may have had to replace one. I think it’s getting pretty close to needing some new frets.” 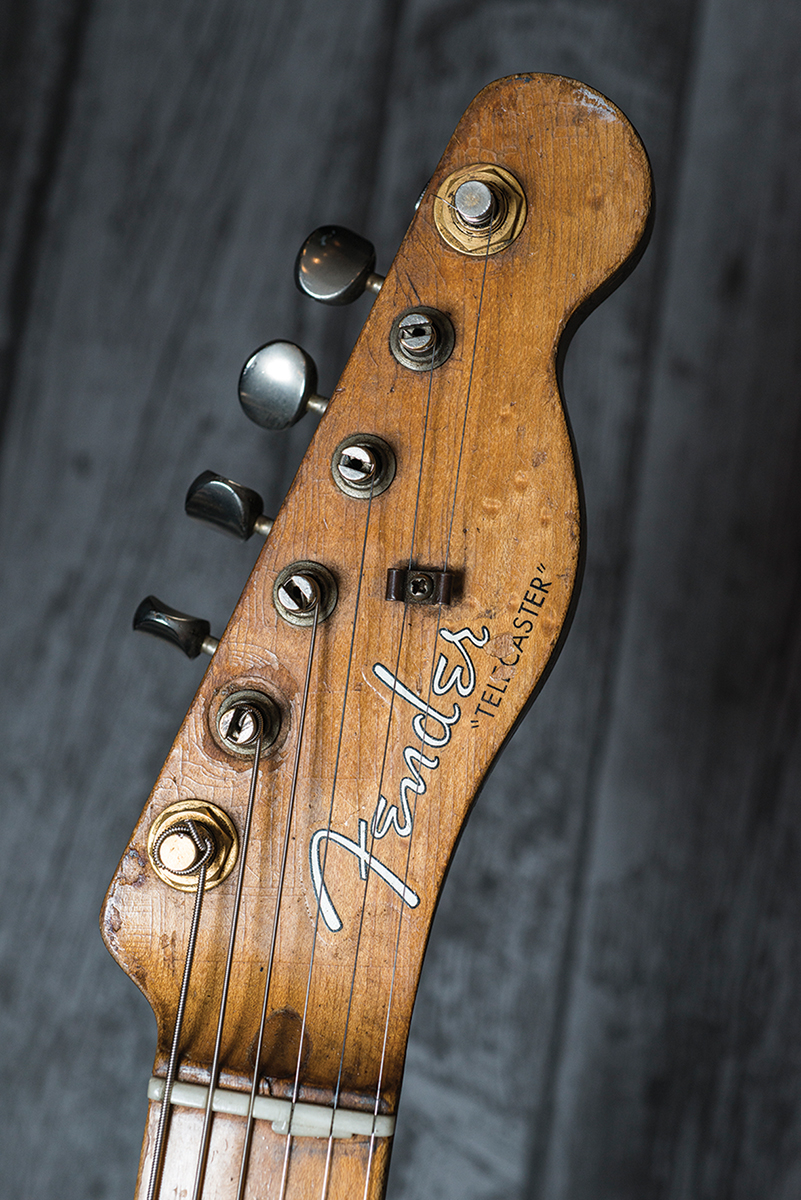 The truth of whether the guitar was originally a Telecaster or Esquire has been forever buried by the sands of time but Clarence is so heavily-modified that it’s of little importance now. Stuart’s determination to keep the guitar in service led to some modifications of his own. The first of these concerned the Scruggs banjo tuners that allow quick adjustment for alternate tunings.

“Clarence had the Scruggs peg on the high E string and on the A string, and he would tune it down, a bit like an open G tuning that he would play on [Byrds] songs like Nashville West. I moved the second Scruggs peg up to the bass string because I just don’t do much in Open G.

“The only other thing that I did to that guitar… there’s a little pedal, a palm pedal that lowers the E string down a half step. Ralph Mooney, the steel guitar player, he’s the one that did that. I wouldn’t have trusted anyone else…” 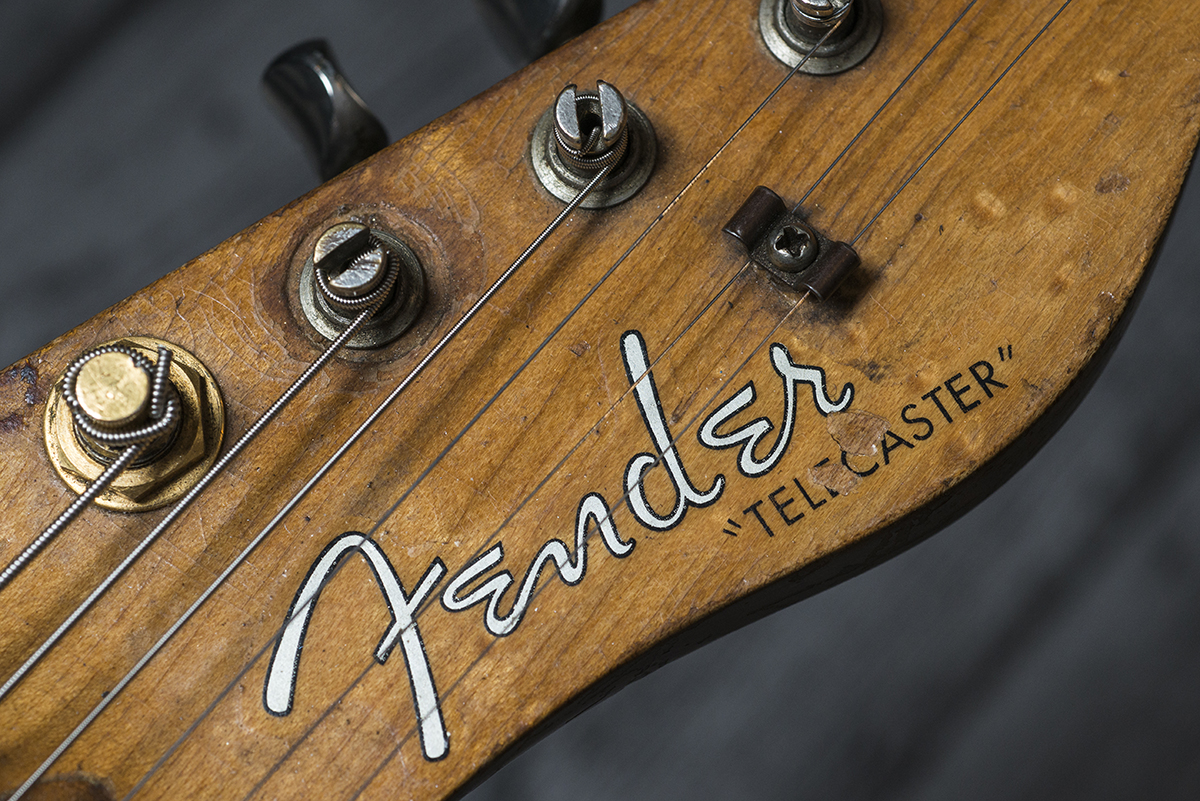 Clarence is all over Marty Stuart & His Fabulous Superlatives’ new record Way Out West. Cut at Mike Campbell’s studio in California, the album is an eclectic celebration of Stuart’s love of the American West and its unique flavours of Bakersfield country and country rock. Marty’s biggest connection to the West Coast scene is of course Clarence… 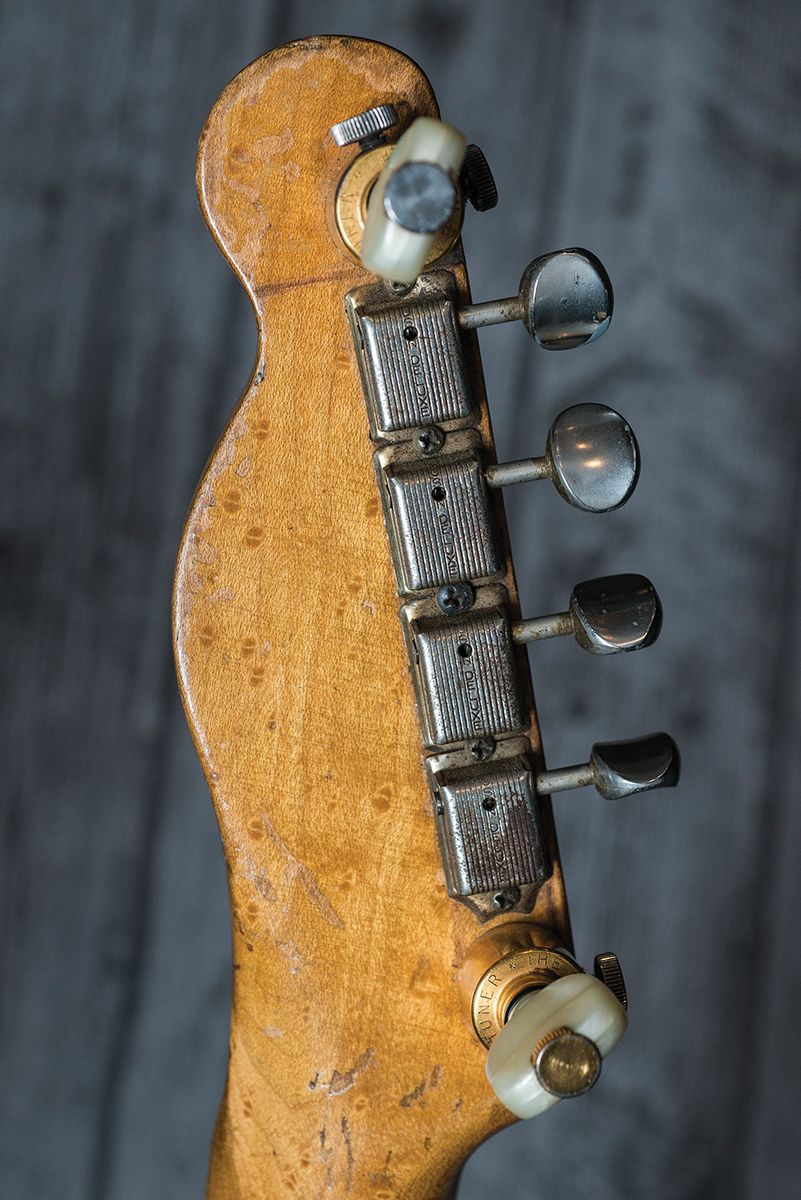 “The guitar was one of the stars, and the central theme of that record,” says Stuart. “There’s a song on there called A Million Miles To Go. What was really interesting, I was in Nashville, and I needed to do a little touch up on the guitar solo. Clarence’s daughter Michelle came by the studio the day we happened to be working on that song. I kept telling myself ‘man, you have to let Clarence White rip through this solo.’ There’s a record called Byrdmaniax [1971] and on the album cover there was four masks of The Byrds [Roger McGuinn, Skip Battin, Gene Parsons, and Clarence]. 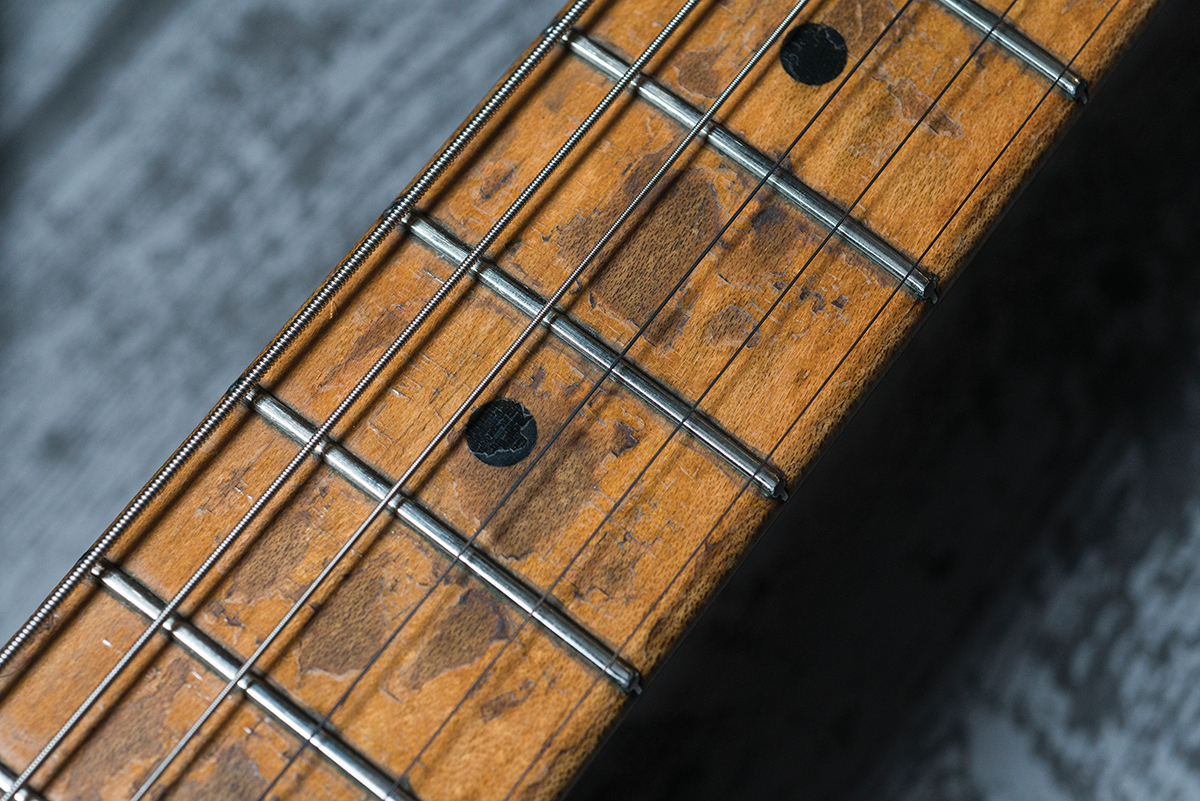 “Michelle has Clarence’s mask from that album cover. It’s in a frame. Well, she brought that mask to the studio with her that day. I set it on the floor at my feet. When I was playing that solo from A Million Miles From Home, Clarence was looking up at me. 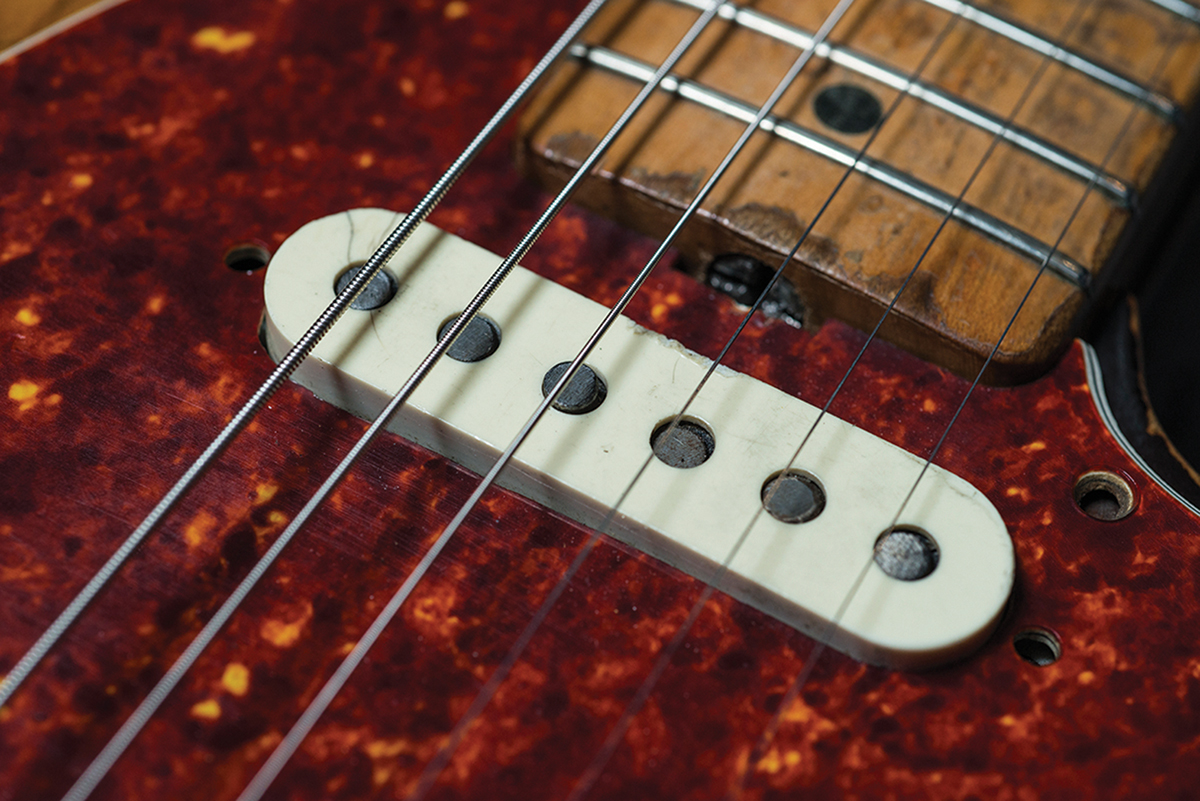 “I was like, ‘Oh man, this is too good’. It inspired me. “When I first got that guitar, I understood there was a lot of people our there going ‘Why him? Why did he get it? He’s not worthy of that guitar’. I agreed with them – 100 per cent. Clarence’s shadow looms large. I felt unworthy to have that guitar, for a long time.

“Then I wrote this song called Hummingbyrd [from Stuart’s essential 2010 album, Ghost Train: The Studio B Sessions]. I wrote it for Clarence. When that song won a Grammy, I felt like I’d earned my stripes with that guitar… finally. It took a long time for me to feel that way.” 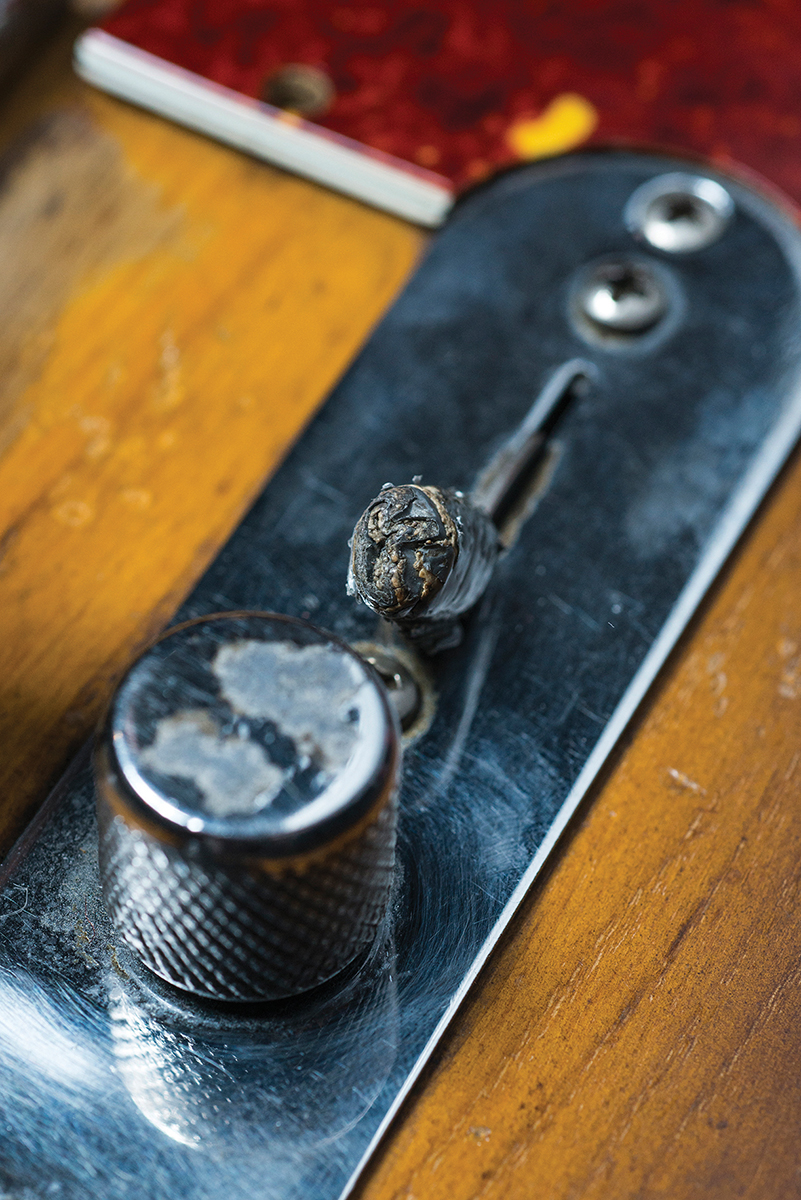