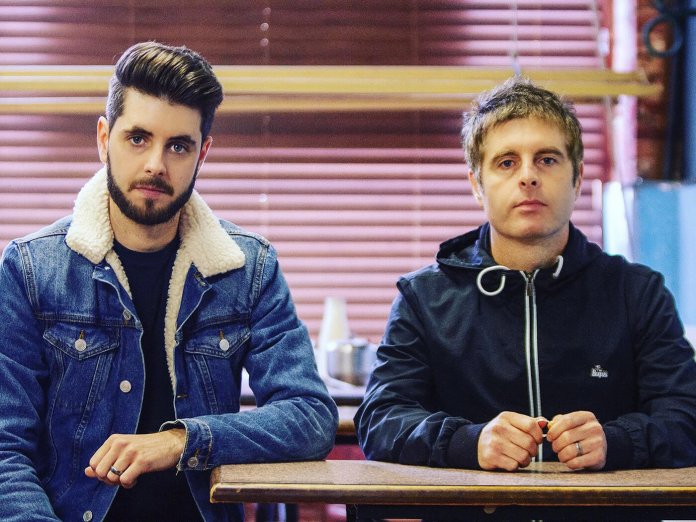 Formed by brothers Aled and Brennig Clifford in the South Wales valleys, Henry’s Funeral Shoe have become one of the torchbearers for boot-stomping, Delta-infused rock. The duo’s new album sees them take a slight left turn, introducing brass sections and more nuanced lyrical content, proving that they’re not like other prefab bands in their respective wheelhouse.

Their third long player, Smartphone Rabbit Hole, was predominantly recorded with a Vintage V6 and a modified Fender Stratocaster into a Matamp head and cab, by way of a DigiTech Whammy.

Prior to their latest release, the band have also found themselves sharing stages with the likes of Kiss and Lynyrd Skynyrd in Miami, while their singles have been utilised by Fiat, Marshall Headphones and others.

“This was the last song we’d written for the album. We were having trouble nailing a different song, which didn’t make the album, then this bad boy jumped out and it kind of wrote itself. As a duo, we focus on riffs and different sections to keep things interesting, so I don’t get to play guitar solos often. But when we were in the studio, they had this really over-the-top fuzz that demanded to be heard. I really enjoyed playing a solo and pretending to be Rory Gallagher for a time.”

“We managed to get a great The Who 5:15 vibe with this, once the horns were on it. It sounded great in practice, but I could never pull it off live and we might never play it live again – but we’re over the moon with how the recording sounds, so at least people get that experience. I like to experiment as much as I can with making riffs not sound like a guitar, hence why I use the Whammy pedal so much and why it’s all over this album. Alice Russell did a great cover of Brown Sugar and I loved how instead of the main guitar riff, they used percussion and a vocal/keys melody. I used that idea in our breakdown with the DigiTech Whammy to give an effect which I hope doesn’t sound like a guitar. It’s good to be a magpie.”

“This song we had written for some time and we’d been playing it live for a while, so it was bedded in and ready to go. Nailed in one take – until later in the session Tim, the engineer, pulled out the crazy fuzz. I went back and did the opening guitar break and other sections with this fuzz. I have the Whammy pedal set at 4/5ths and, coupled with my Aramat Mojo Fuzz and his wild fuzz, it leaves some great overtones. They’re really amplified when played through headphones.”

“I like the way this came together. It started out like Little Feat’s Two Trains, but I played it to a friend and hero of mine, who was MD to Van Morrison for years, and he said it had a Stax vibe. So we worked up a drum part to make it fit stylistically, whilst also adding horns.

“I played the main rhythm which is in Open G and he did these great Steve Cropper-style fills and overdubbed a wonderful rhythm part in standard tuning. All of this while beguiling us with stories of Dr John, Jerry Lee Lewis, Solomon Burke… He’s played with everyone, I love being around him and it’s probably my favourite track on the album.”

Damn Right I Mean It

“I love how aggressive this sounds. It pushes itself along and demands to be heard and played loud. We did it all in one take, including the vocals. I even managed to nail the guitar break in the middle the first time, which is a miracle for me! I use the Whammy again on this song and it gives things extra volume and an out-of-phase effect, which I love.”

Smartphone Rabbit Hole by Henry’s Funeral Shoe is out now.